A Peek Behind The Curtain

Home/A Peek Behind The Curtain
Previous Next

A Peek Behind The Curtain 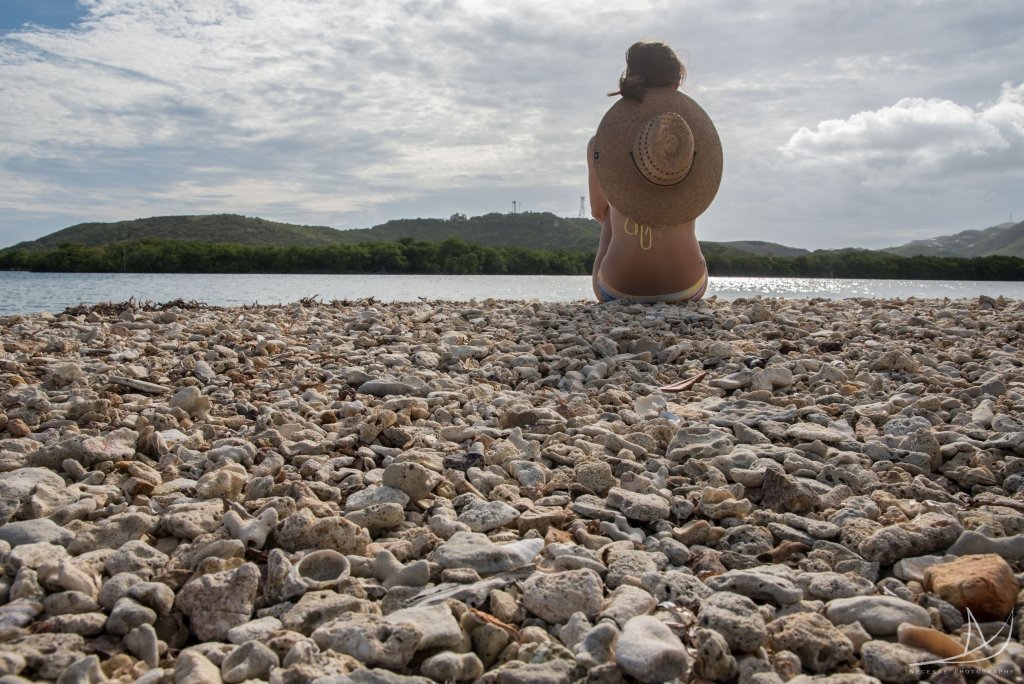 This morning I awoke to a brazen email from someone telling me “I sure would like to do nothing my whole life and have a whole bunch of people give me a bunch of shit for free but I live in the real world where I actually work for the things that I have”. No need to post this person’s identity, to troll them, or publicly shame them, although I do picture myself giving them a verbal slap in the face, but this simple sentence made me see that although our lives are very public (on Facebook and the blog) there are still some HUGE misconceptions about how we are living.

Our lives may be way off-the-wall compared to “the norm”, I mean how many people live on a sailboat and then throw themselves into building an eco-home in the mountains!? But none of this was handed to us on a silver platter. Although I would love to be sitting on my yacht sipping mimosas with the hubby while the nanny chases after our monkeys, it simply isn’t so. A peek behind the curtain will show you what our OZ is all about…it’s not always rainbows and butterflies.

HOW DID WE GET HERE? To get to where we are now has required a lot of work and a lot of sacrifices. I have written a post about our money situation so I won’t go over that extensively again, but will try and keep it short and concise so that people like Mr. Opinionated above can get a GENERAL idea. Eben worked really hard for several years doing a somewhat “regular” job. With his money he put some in savings, he bought a house, bought a car, and bought a small boat. When we were married and had our first kid we decided to continue on with our dreams of travel, so we sold the car, used our savings and went to said small boat. Having a sailboat meant we could travel without the expenses of regular flights and lodging in every destination. We continued doing this until our savings were too low for comfort. Then we sold the house and continued sailing with that money. Then, when that started running low Eben started picking up random jobs, helping other boaters. We even stopped sailing on two occasions to go back to work so that we could continue on with this lifestyle. 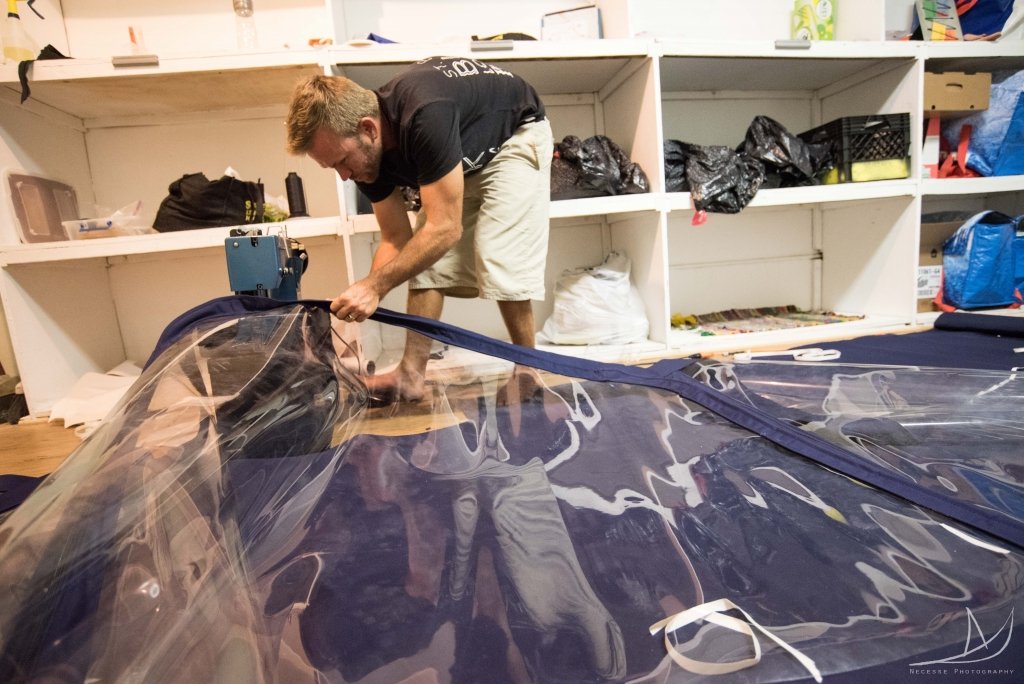 AND NOW? That brings us to today, where yes we are embarking on a new journey of building something on land, but this may come at the cost of having to someday in the near future sell our sailboat to be able to do so. It has also meant that Eben has had to leave our family for a month long period, (for the second time in the last 4 months) to do some work to get our bank account to a point where we can sustain ourselves while trying to attempt this build. We may not do 9-5, but he sure does put in the equivalent amount hours away from the family to make money for us. And I would like to put anyone next to Eben while he is working and see if they could keep up to him, I doubt it, he is a multi-talented, hard-working machine. Our finances are NOWHERE near retirement levels, we have just chosen to use what we have and see what we can make happen. This may be different than the whole “work and save up” mentality, but it’s what works for us. 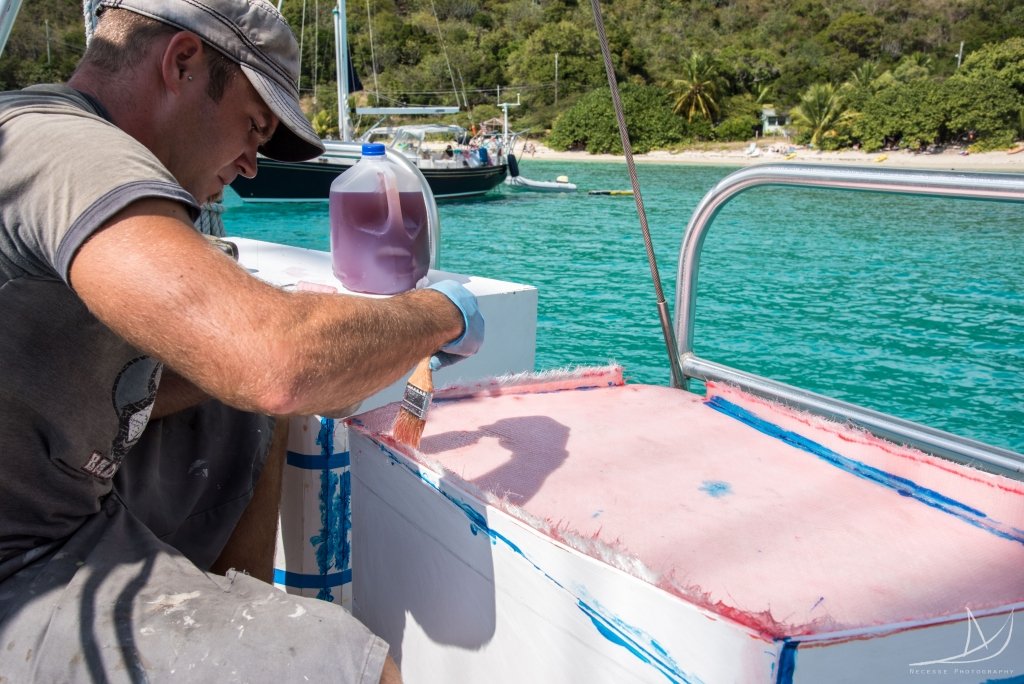 Boating is not always glamorous

1st Side note: we are cruisers, not yachties, and cruising is just as much about work and sacrifices as it is about beautiful locations and sailing experiences. Boats are constantly in need of work, living in 41ft of space with a young family is not always easy, but again, it’s our “unrealistic” life (which only 2% of people live) and we like it. Yes there are drinks/sundowners, yes there are days where we choose to do nothing but enjoy life, but that’s not all we do, most days are work intensive. 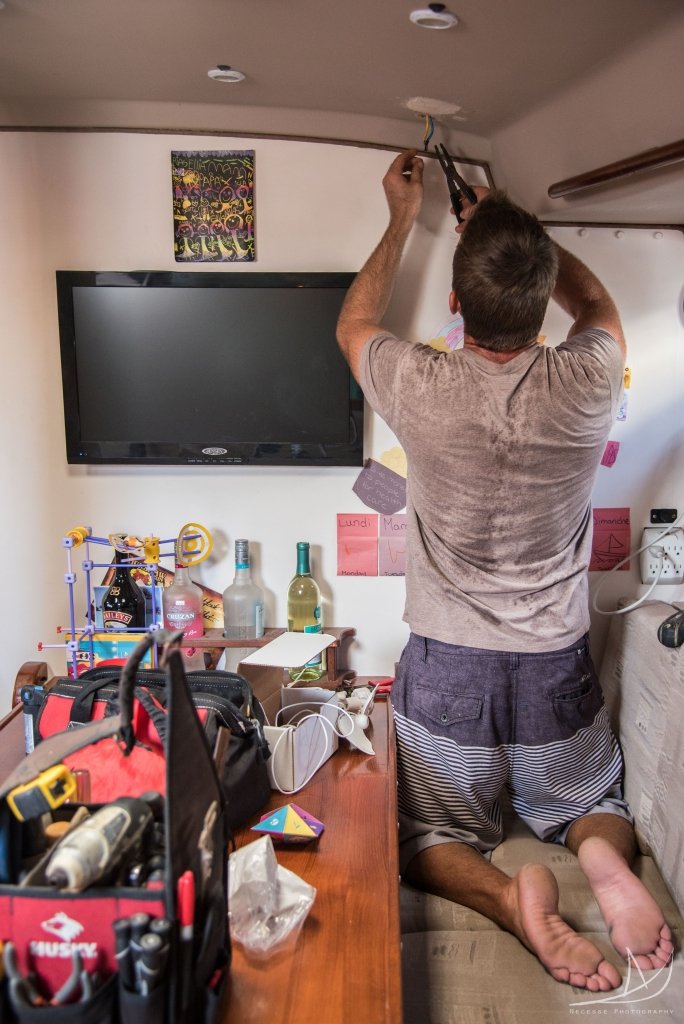 Endless projects on a boat…yes that is sweat through his shirt.

WHAT ABOUT THAT FREE SHIT? Anyone who attempts to run a blog (and the social media attached to it) as more than just a part-time hobby can tell you that it is no walk in the park. Eben and I don’t argue often, but some of our bigger arguments have been about the amount of time that I invest into this facet of our lives. Sharing our lives with the online world is a full-time job. The amount of time I/we invest in writing blog posts (writing this one alone has taken me 3hrs and that is without revisions/editing still to do!), taking and editing pictures daily, running four social media sources (FB, IG, Youtube, Pinterest), posting updates online, reaching out for sponsorship collaborations, keeping up a relationship with sponsors, fulfilling sponsorship agreements, answer emails and comments from followers (which I am vigilant about staying on top of), answering questions for articles to be published on other outlets, etc. etc. has me sitting behind a device (laptop, cellphone, camera) for a large portion of my day. To the unknowing eye it may just look like I am on the computer, addicted to FB or something, but no, most of the time it’s work I’m doing. Yes I get to do this in my pyjamas while sipping coffee, with no makeup on and am not accountable to anyone, but so does anyone else that works from home. The only difference is that I don’t get paid an hourly wage! Eben often says that if I were being paid for the amount of time and work I put in, I would be able to buy all of the things that we get sponsored. Instead of a salary, we have chosen to pair up our skill-sets and knowledge with companies in exchange for product. I get paid in stuff. 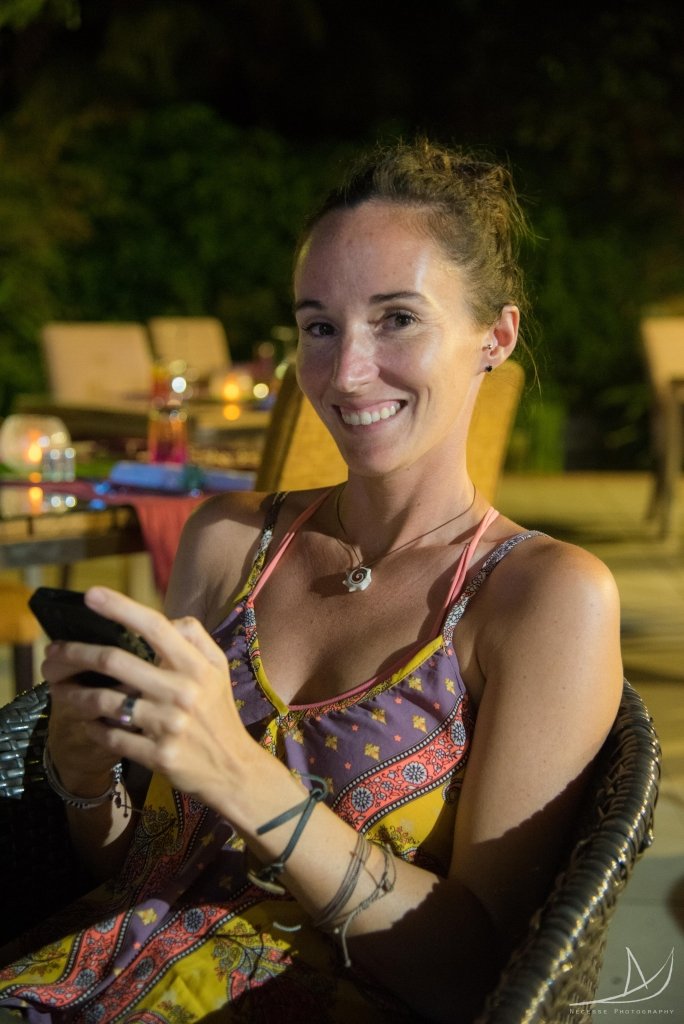 2nd Side note: Maybe one day I will write a post about the process of reaching out for sponsorship requests, since I have been asked for it, but have been putting it off because it would be a long and extensive post.

I don’t get to sit online all day in peaceful bliss, like if I were alone in an office, my office is often the dining table, where I can be reached and interrupted by my other duties on a very regular basis. Breaking up all of this blogging stuff is the fact that I am also 50% (Eben being the other half) running a home and raising two adventurous little girls. In my hands I not only hold the responsibility of their care and safety, but I have also taken on their education. Parents, and teachers, are both full-time jobs, one of which gets a salary. So now I have 3 full-time jobs, parent, teacher, and blogger, all of which I do not get paid for, but I can see how this could be misconstrued as me “doing nothing my whole life”. This is just one of the choices we have made to live this crazy life of ours. 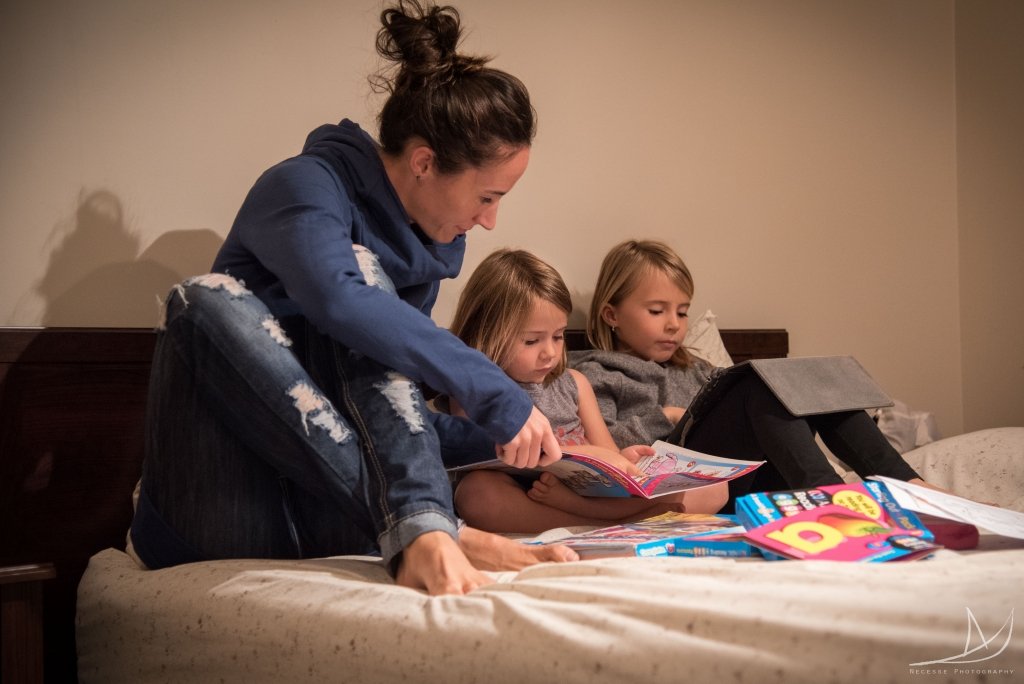 This post may come across as me justifying our lifestyle, which it is, but it also a peak into the not-so-picture worthy side of our lives. We do sometimes post pictures of the hard work Eben puts in and the homeschooling we are doing, but the fact is even when we do post them the amount of “reach” that those get are far less than the ones of beautiful beaches and sailing. People just gravitate towards those and skim over the rest, which is fine, but don’t assume that the skimmed parts doesn’t exist. To be able to experience those beaches and destinations there is A LOT of sweat and tears that go on in the background.

3rd Side note: (ie Eben comes to my defence): Free shit wasn’t the original purpose of the blog and there is a major difference between free and sponsored hence why the English language created 2 separate words. I’m gonna tell all the Olympians that you think they sit around all day hoping Nike will give them “free shit”. See where I’m going with this? When you are good at something and work hard for it, you get noticed. Anyway Genevieve started this blog to keep in touch with family and document our time. Then that led to sponsorship because people learned who we are and trusted our opinions on things, and businesses value that. People think she may just be asking and begging which shows that they don’t understand that major corporations actually have a budget for peer to peer advertising. Some even have a labeled “blogger division”. When someone says that the way we are living isn’t the “real world” they just may be stuck in the past and are missing out on all the “real world” possibilities that someone with motivation and ingenuity can reach.

We are fully aware we aren’t living the normal life. So when people use that as an insult I can only laugh and say “thank you, I’m glad it’s noticeable. And you should try it sometime. You might find yourself almost as happy as me!”