Why You Should Absolutely Travel With Your Kids

Home/Why You Should Absolutely Travel With Your Kids
Previous Next

Why You Should Absolutely Travel With Your Kids 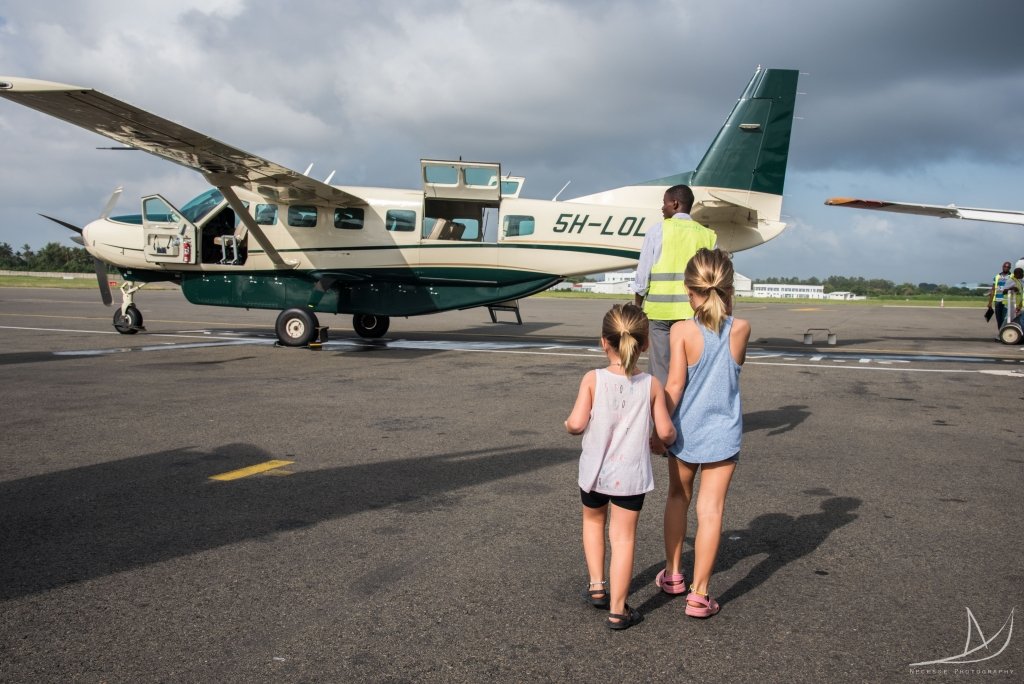 One of the comments that we hear surprisingly ofter when it comes to our travels is, “too bad your kids won’t remember any of it”. This could be interpreted as we should have waited until they were older to take them travelling. Like if all the time and money we have invested in towing our young kids around with us during our travels has been a waste. It’s almost as though they are asking “If they can’t remember it then, why?”

Our youngest may not remember that she took her first steps on a Bahamian beach while her three-year-old sister played with stingrays in the ocean. They may not remember horseback riding in the Ecuadorian mountains, or the golf cart road-trip in Puerto Rico. But it’s not just about specific memories, it’s about shaping their characters. It’s not about the destinations, it’s about how these foreign places are opening our girls’ minds to the world. The benefits of travelling with young children are huge.

While standing in the airport in Toronto, waiting for our connecting flight to Europe, a chipper bystander leans over and asks “Is this the first time they fly?” I couldn’t help but chuckle a little.

Arias took her first flight at 5 weeks old. Both our girls, now 5 and 7, are on passport number two. From birth to present day they have covered more miles than I can count, more countries than they can list, and received more passport stamps than many adults. They are seasoned travellers. And although they may not remember half of it, it has all been worth it.

Our girls are who they are today because we took them travelling for all of their “memory-less” years. The tools that they have learned from their travels help them daily, not only in travelling, but in all aspects of their lives. 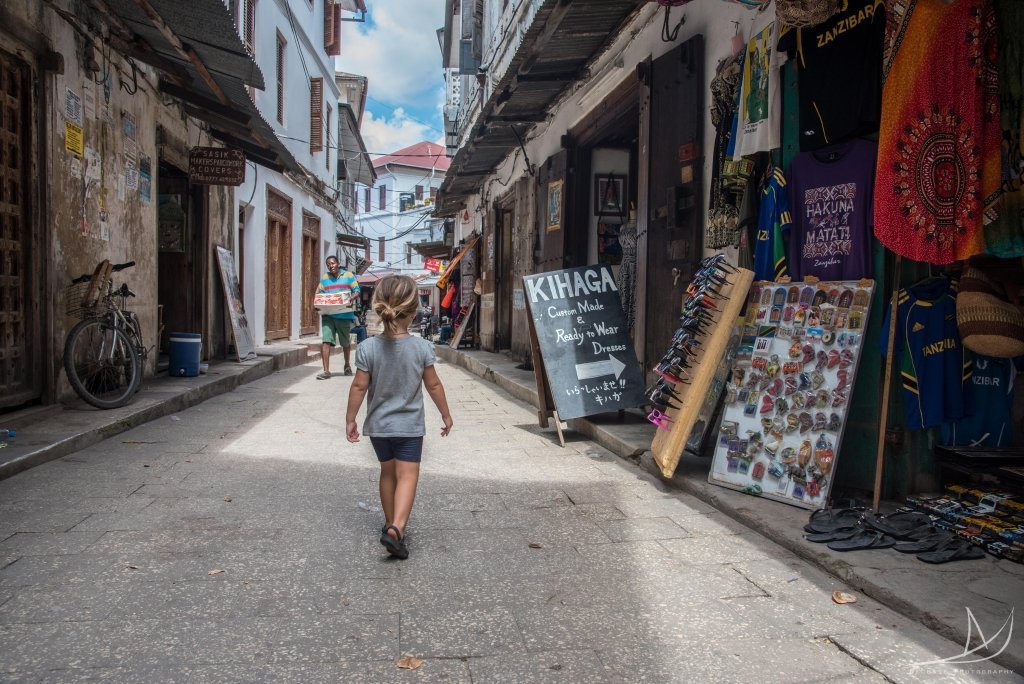 This Is Why You Should Absolutely Travel With Your Kids

Travel Has Made Our Kids More Flexible

The girls are used to their surroundings constantly changing. When we were sailing we took our home everywhere with us, but when we flew somewhere the girls knew that they could end up sleeping anywhere from in a hotel bed, airplane seat, friend’s couch, to someone’s floor. They have learned to adapt and go with the flow.

“At home” the rule is usually “don’t eat with your hands”, but in Tanzania that went out the window. When eating sushi they know to use chopsticks, and when eating Indian food use the roti to scoop the curry in. It’s fun, it’s different, but it’s not weird. Travelling with our kids has taught them to be flexible with the way things are done and shown them that there is no “one right way”. 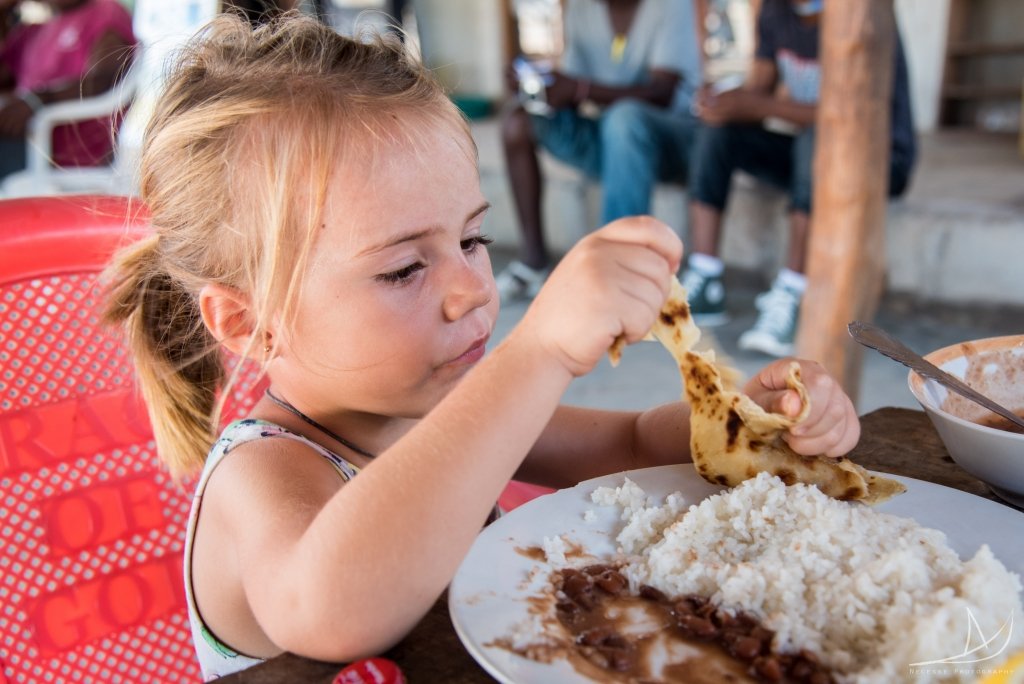 Travel Has Broadened Their Palate

Our rule is “Try it. If you don’t like it that’s ok. But try it first.” With that simple rule, travel has never been difficult with them. The girls have been introduced to so many different dishes, and have tried them all.

They are not picky eaters.

They have eaten things that some may consider strange for children; octopus, grasshoppers, curries, oysters, raw fish. And they fondly remember some of their travels based on the foods they ate there. “Mama remember Chips Myeye in Zanzibar”. “Tonight can we have (Vietnamese) rice wraps?” “When will Papa make (Indian) naan bread for us?”

With their love for food and international palate our menu never gets boring. Travelling with our kids has shown them that what may initially sound “not so appetizing” may turn out to be their next favourite meal. 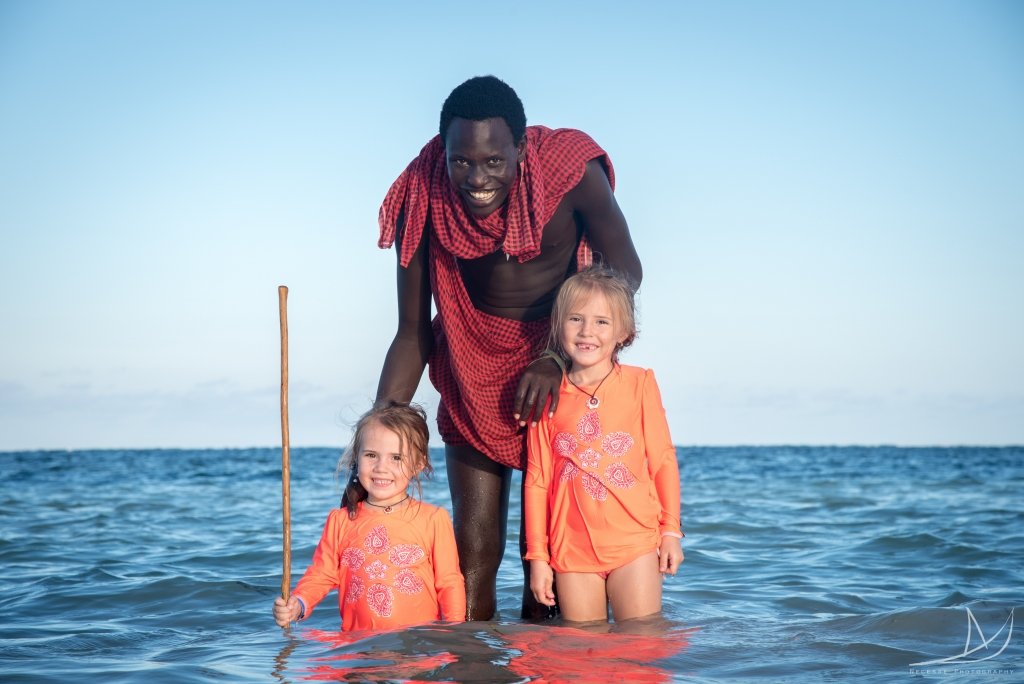 Travel Has Shown Them That People Are People

No matter the colour of someone’s skin, our girls have witnessed first hand that people are people. We all love, laugh, befriend, play, fight, cry, and so on. They saw that their new friends in Barcelona loved the play park just as much as them. That the Maasai boy in Tanzania adored splashing around in the ocean too. Our girls know that although someone may look different, that doesn’t make them alien.

They have been the minority in many instances. And although being the “petit blanc” in Haiti did make them different, that didn’t stop the kids from wanting to play with them at recess. 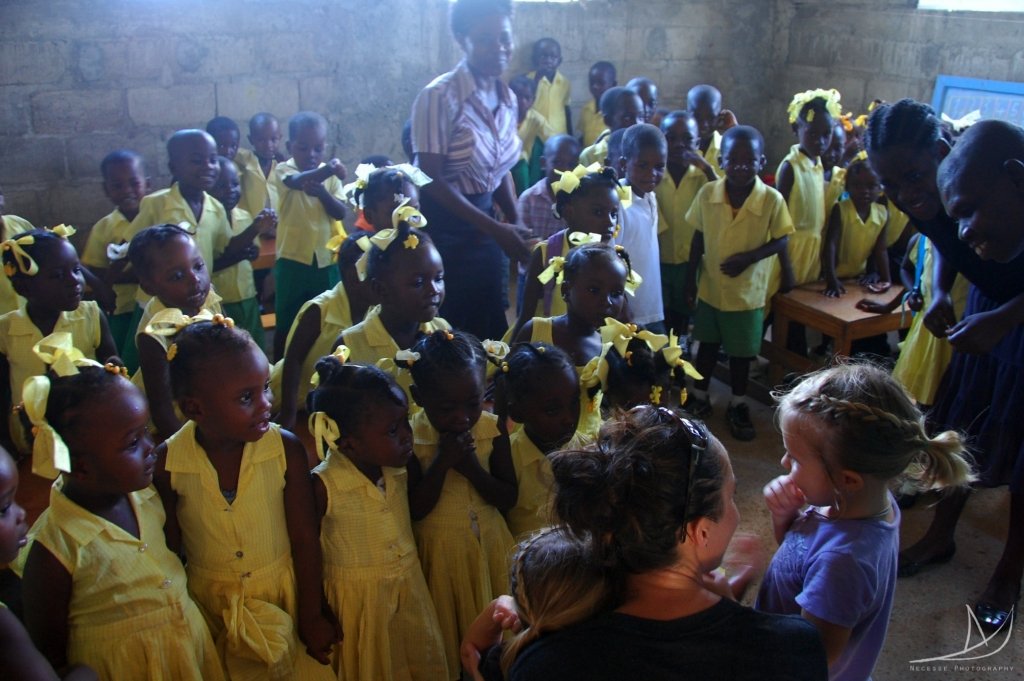 Travel Has Made Them More Culturally Aware

The girls understand that cultural differences may make someone act differently than them, but those shouldn’t stop an interactions or lead to generalizations.

They saw that I, their mother, dress differently in certain areas. That in Tanzania I made sure to cover my shoulders when in town. That in India I always had a scarf if I needed to cover my hair.  They know to take their shoes off when entering certain temples, and that some places will not accept anything that is handed to someone with the left hand.

Different cultures are what make our world interesting. Travelling with kids helps them understand that there are many different ways to get things done. There is more to this world than just us.

Travel Has Brought Out The Adventurers In Them

Saying “Yes” to something new and different is exciting and fun for them. It is not a scary experience. Our kids welcome the unknown, and are often more daring than I.

Arias zip lined through the jungle of Dominican Republic. Ellia has held a tarantula in Mexico. Both girls have swam with whale sharks and pet sting rays. Travelling has presented our girls with opportunities that they would have never encountered had we just stayed home. It has given them the chance to say “yes” and the confidence to try something new.

Travel Has Removed Their “Fear Of Travel”

Sometimes the fear of the unknown, of not understanding how something is done, is enough to stop someone from doing something new. Our girls have navigated the unknown with us and seen that it is possible. They know that sometimes travel can be challenging, that hiccups happen, but that is all part of the adventure.

They have been with us to move through a city on a subway where we can’t read the names of the stops. We’ve walked the alleyways of a crowded market to find the gem of a restaurant in the far corner. They have haggled with street vendors to get to the price they were willing to pay for gifts they wanted to buy. We’ve all ran to catch a bus that we were late for. And they always cheer with us when our bags appear on the airport luggage conveyor belt.

Travelling with our kids has prepped them for the unknown. It has also given them the tools to cope when things don’t exactly go your way. 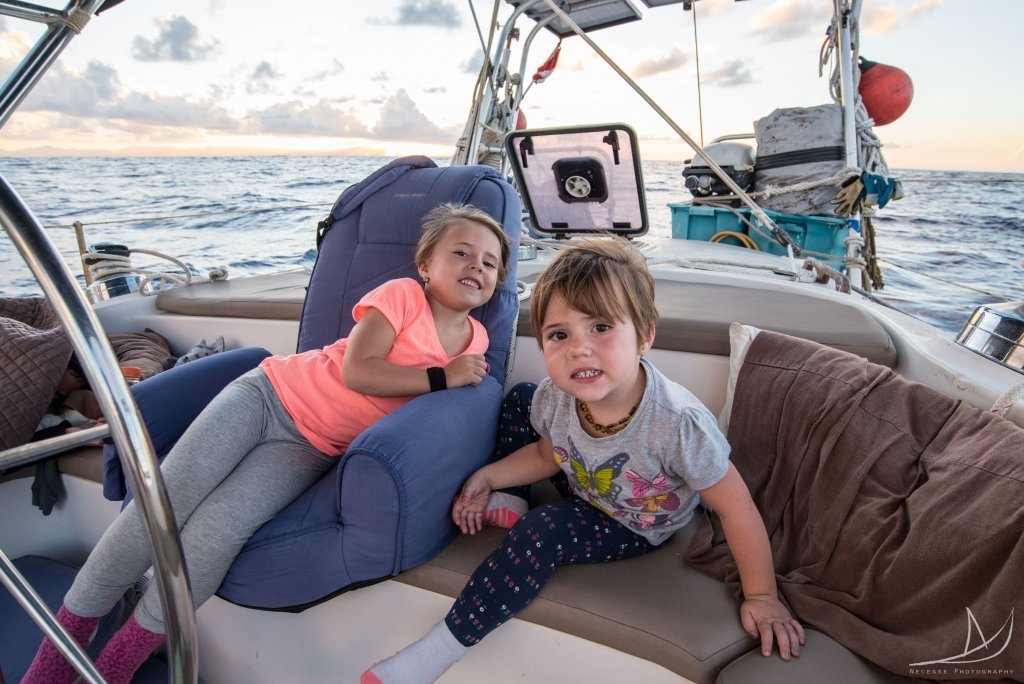 Travel Grew Their Interest In Maps and History

What better to way teach kids about the world around them than by doing it in person. Every time we pull out the world map the girls ask, “Where is this island? Where is that country?” Actually having gone to a lot of these places makes them more memorable, and more fun to know their position on the map.

The same goes for history. Standing in front of La Segrada Familia makes learning about Gaudi much more interactive than if they were just learning it from a book. When we come across ruins, they want to know what used to be there. One explanation leads to another question, which in turns becomes an interesting lesson in history and anthropology.

Travel Has Increased Their Compassion

Through their travels the girls have seen first hand what hardship looks like. They have been in communities where food is scarce. They have visited countries after disaster had struck. Our girls know better than to use silly expressions like, “I’m starving”, because although they may be hungry, they are far from starving and they know it.

Travelling with kids will open their eyes to some of the larger issues of our world. It has made ours more aware, and more compassionate. They also show more appreciation for what they have and the work that goes into getting it. 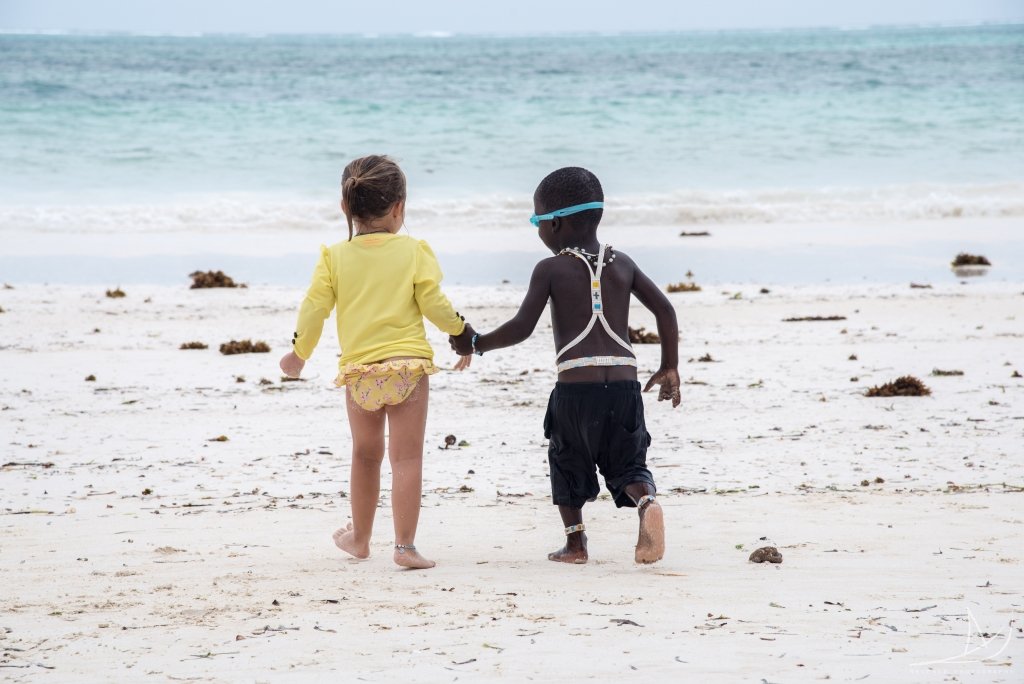 Travel Has Shown Them The Rewards Of Hard Work

Travelling with kids can get expensive. But our girls have seen us prioritizing this lifestyle, and all of the hard work that we put in to make travel happen.

They have witnessed how having a strong work ethic is recompensed. That if they truly want something, and they work hard towards it, then they can make it happen. 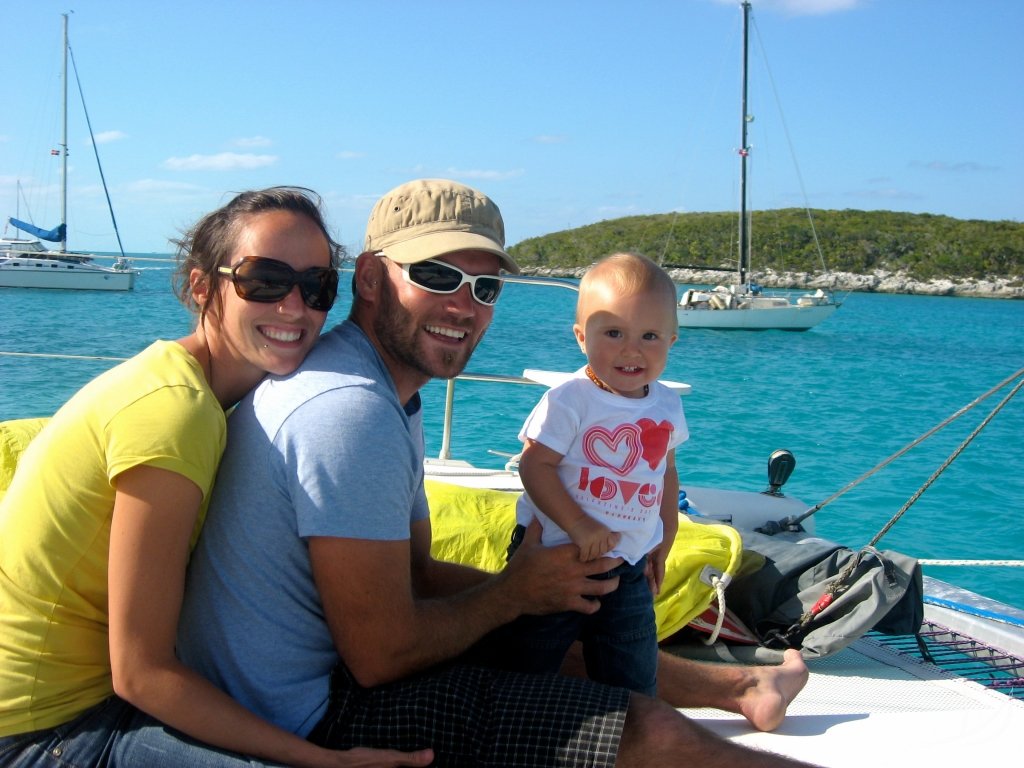 Travelling is not just about the awesome destinations that we get to visit. It’s not about the memories that our girls may not have due to the young ages we visited certain places. We are not losing by bringing our daughters to these new spots.

We are raising extremely aware girls. Travel has given them a huge step up in the right direction to becoming amazing adults full of potential.

So no, I don’t think that a single penny of ours was wasted on travelling with our kids. We will continue to work towards showing them as much of the world as we can. And I truly, whole-heartedly believe that any parent that has the opportunity to travel with their kids, no matter their age, definitely should.