Boys Will Be Boys

Home/Boys Will Be Boys
Previous Next

Boys Will Be Boys 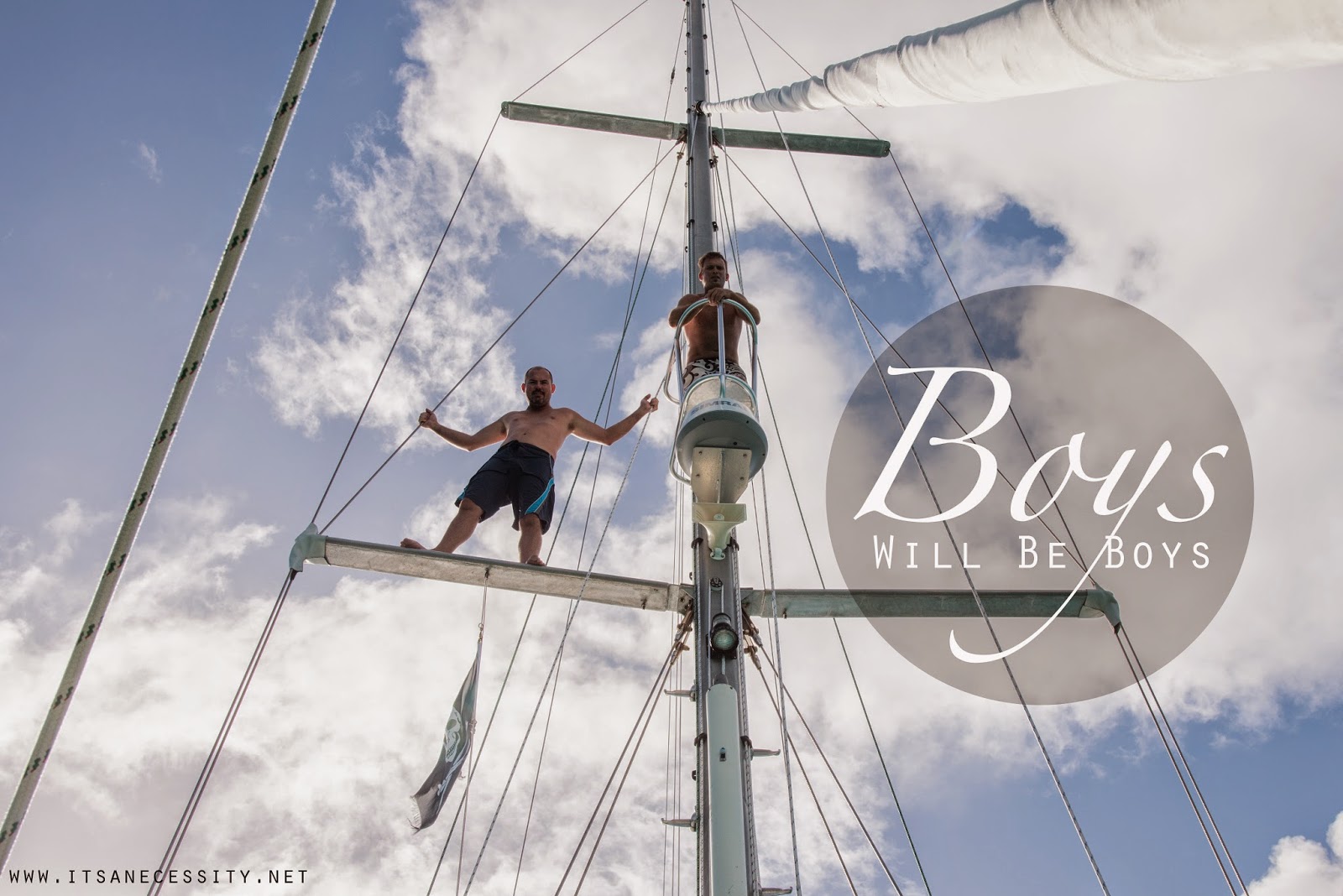 I know that not all boys (ahhm, men) are the same, but man does the saying “boys will be boys” ever apply to my man. Put Eben in any sort of scenario where he can be silly/stupid and he is all in. Remember New Years Eve, the flares, the life raft, exactly.

And now it seems that Eben has found himself some partners in crime. More guys to encourage him in his shenanigans, and more reasons for me to shake my head and look away. The trio of Peter, Carl, and Eben do guarantee some good laughs though.
So what happens when you put those three together, on a day when all the boat projects are done, and we are sitting around enjoying ourselves on a 65ft boat? You get three guys that are game to climb up for the first set of spreaders and take flight. One at a time they jumped off those spreaders, felt their hearts pounding, the adrenaline rushing, the breeze flowing up their shorts, and finally the water slapping their feet.
I just hope that this conquered obstacle doesn’t give them the idea that the double spreader jump should be attempted for their sailor olympics. 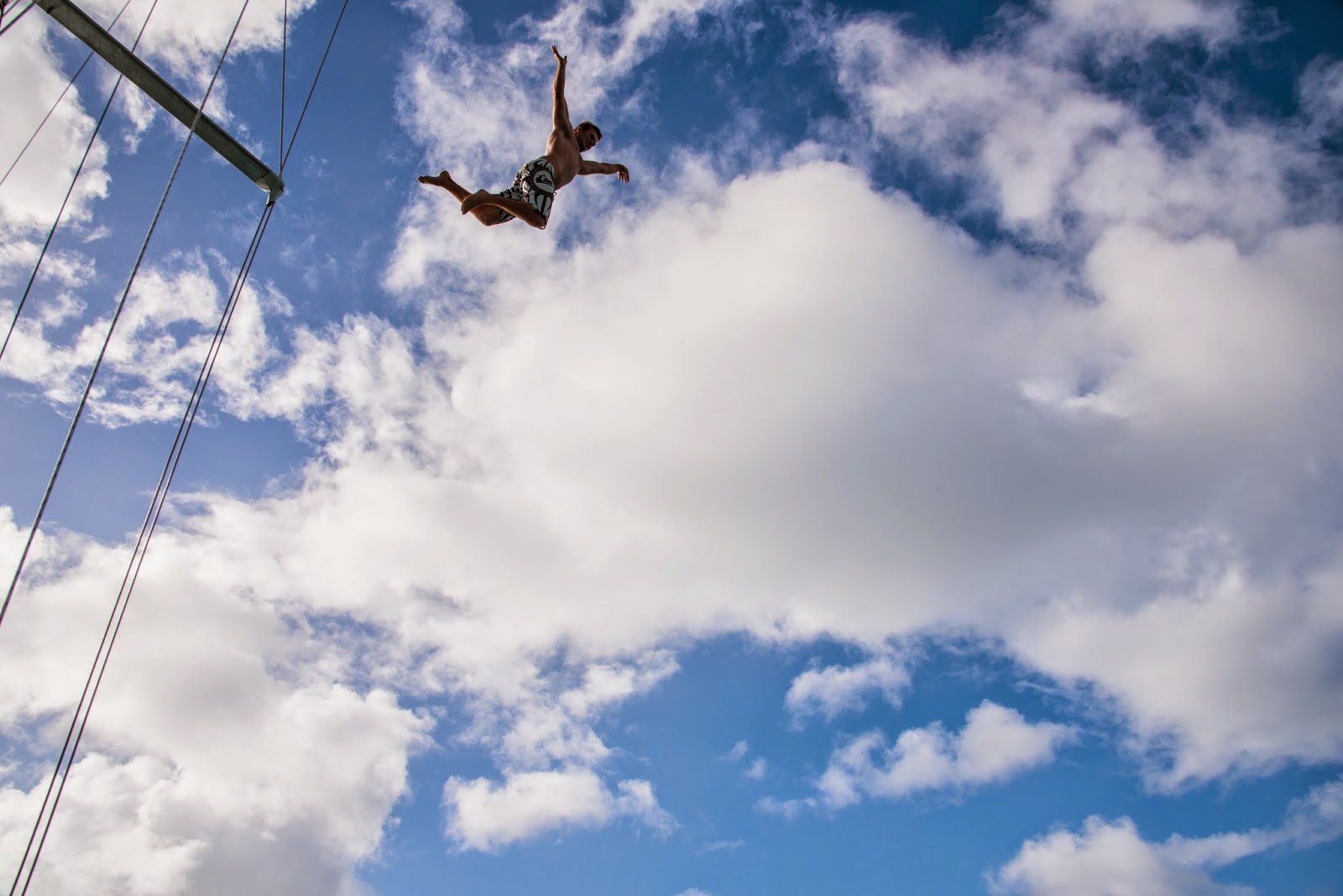 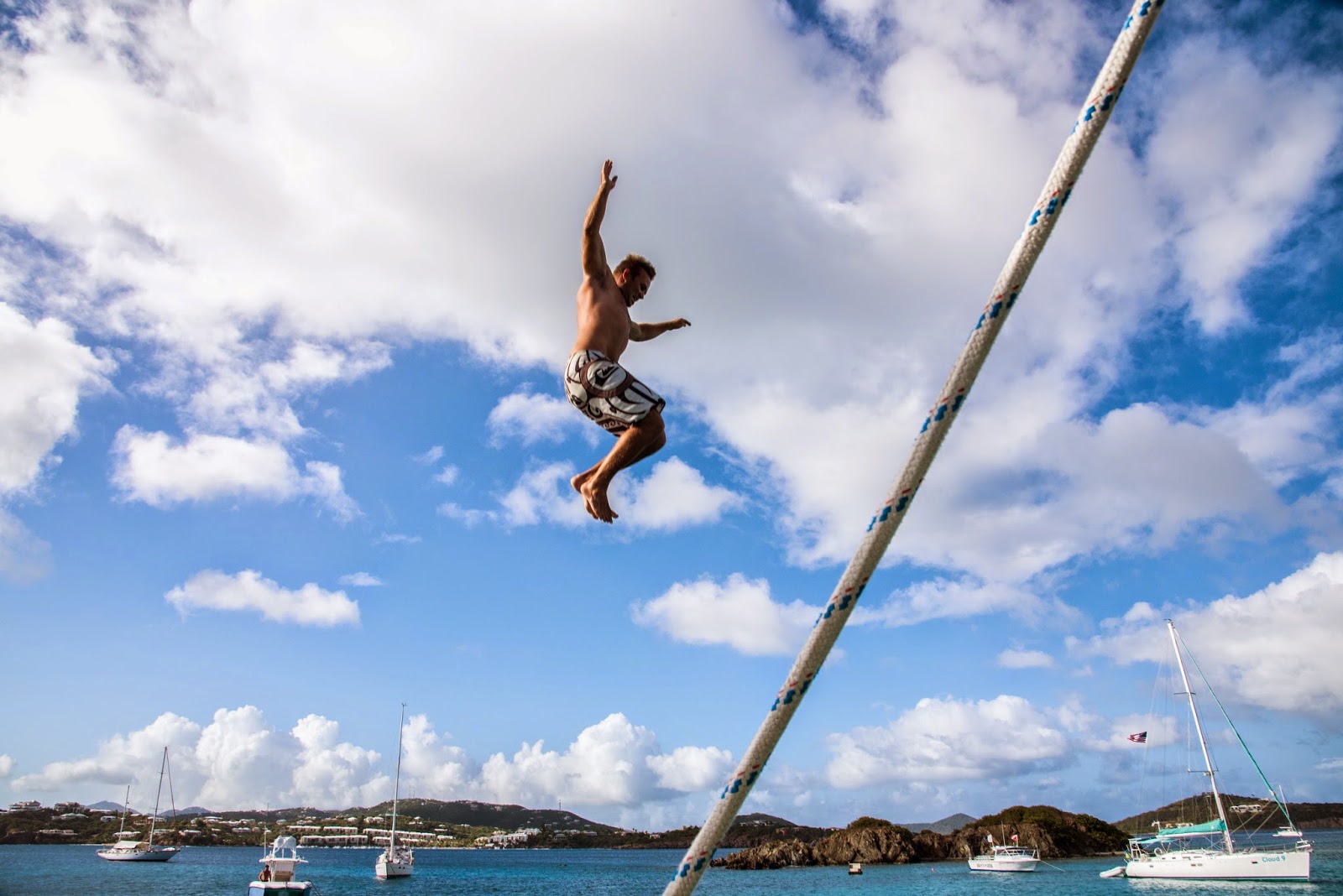 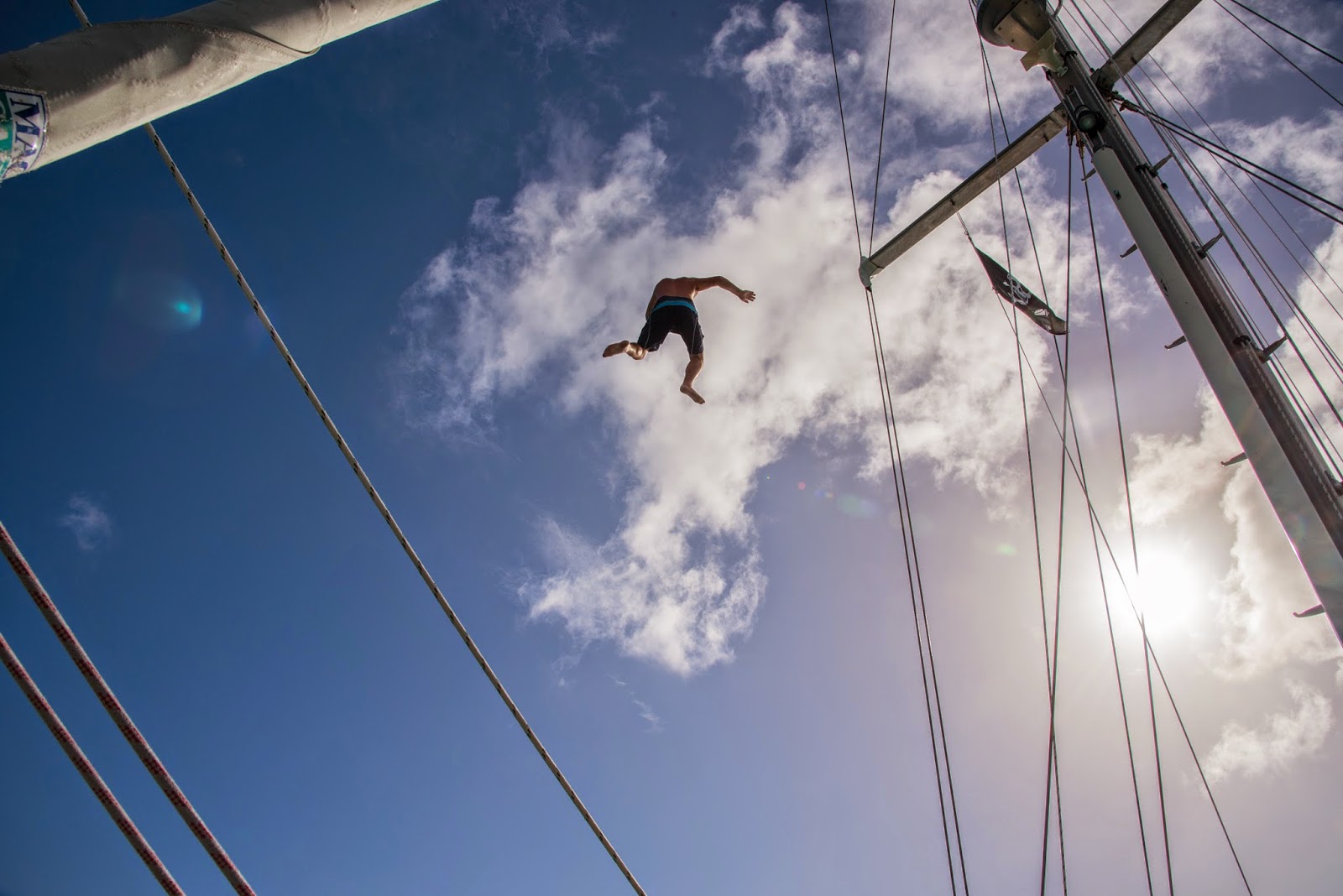 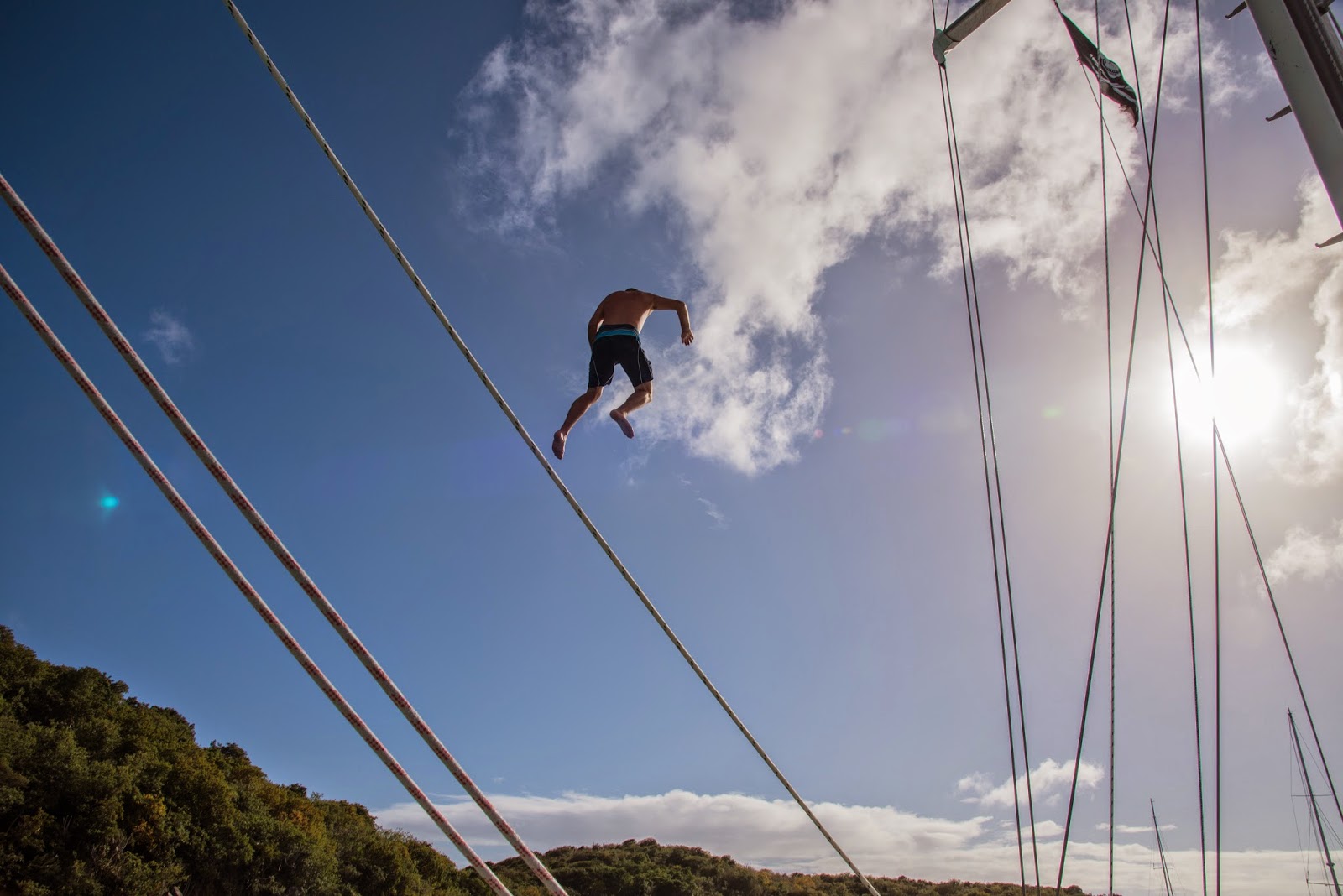 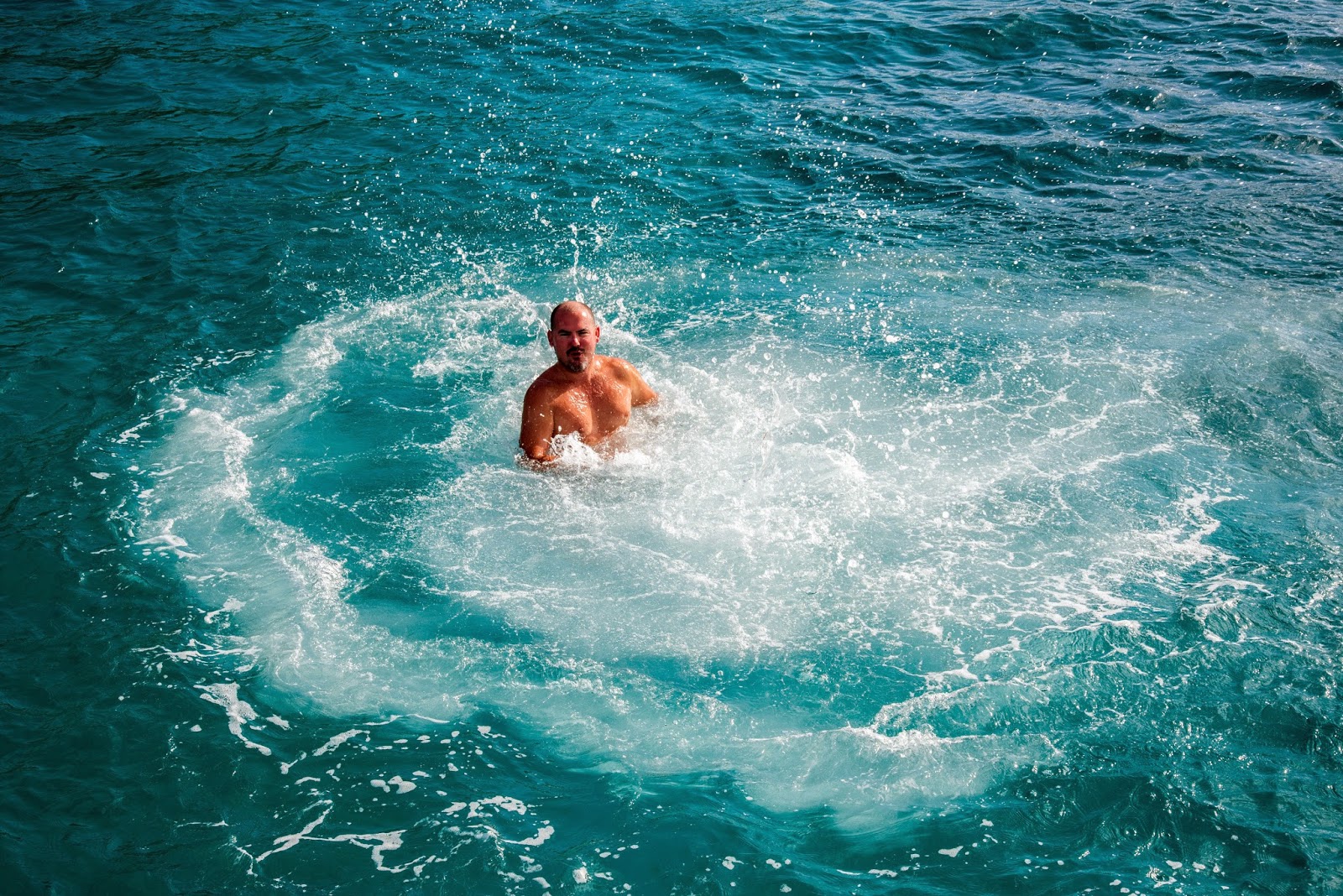 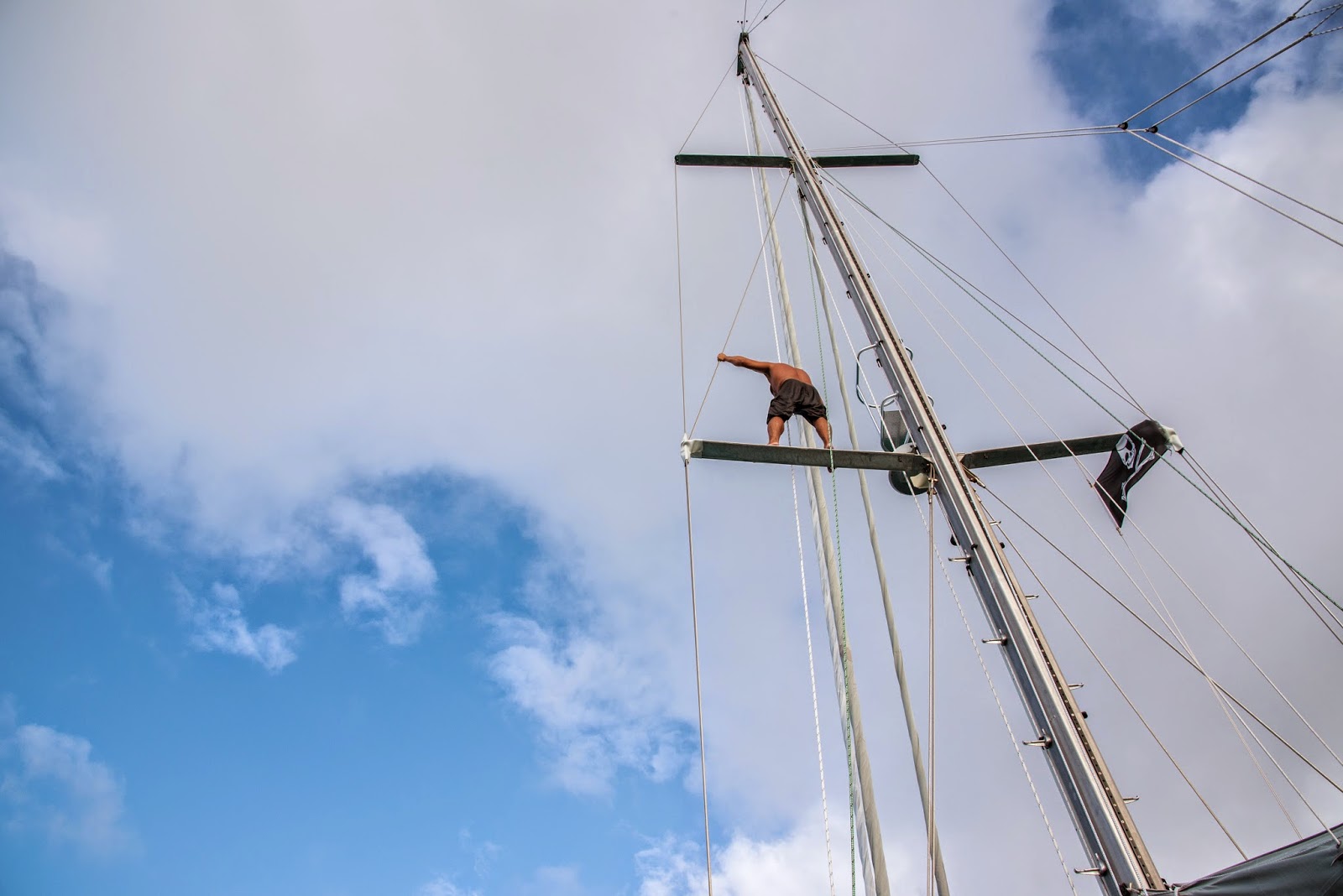 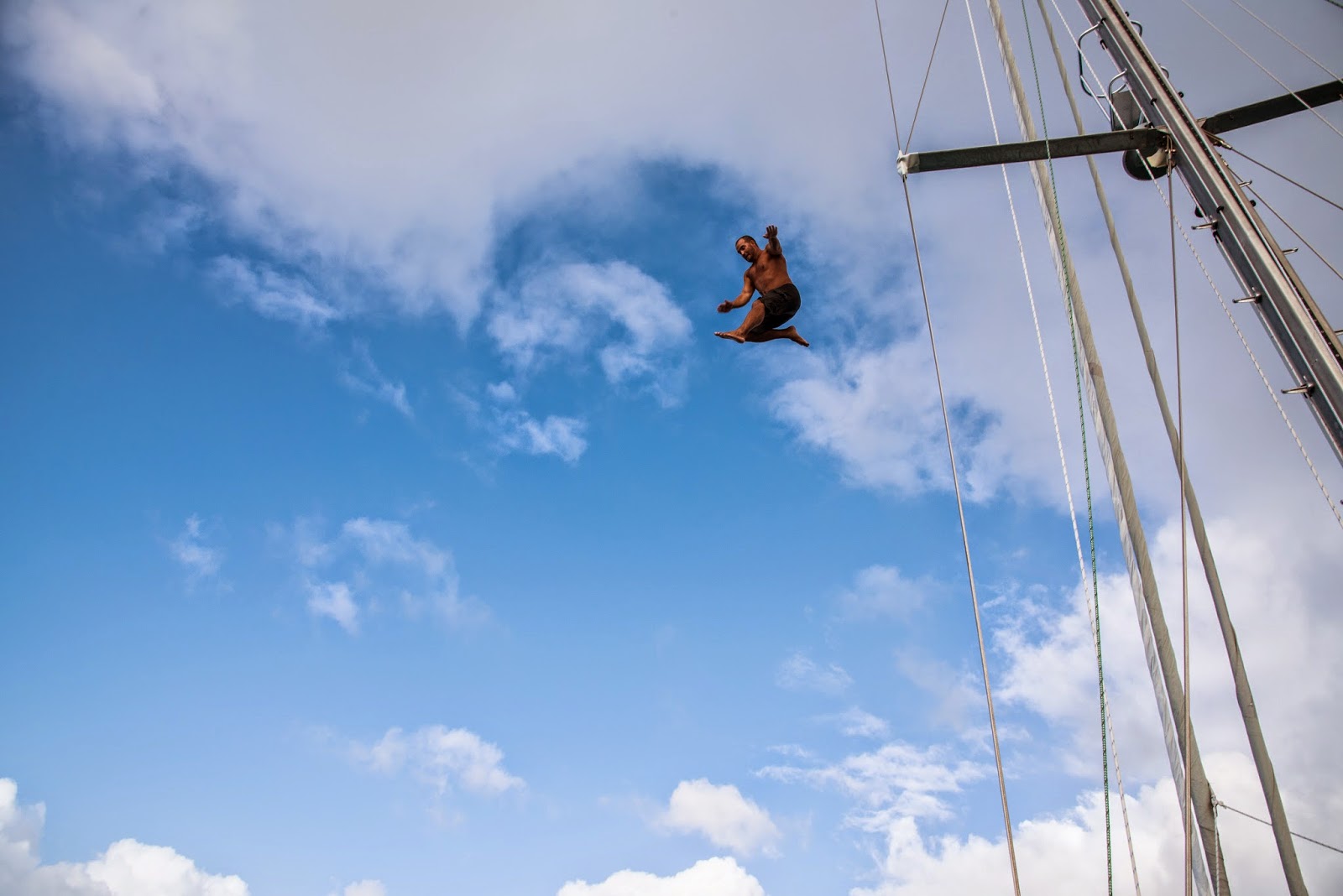 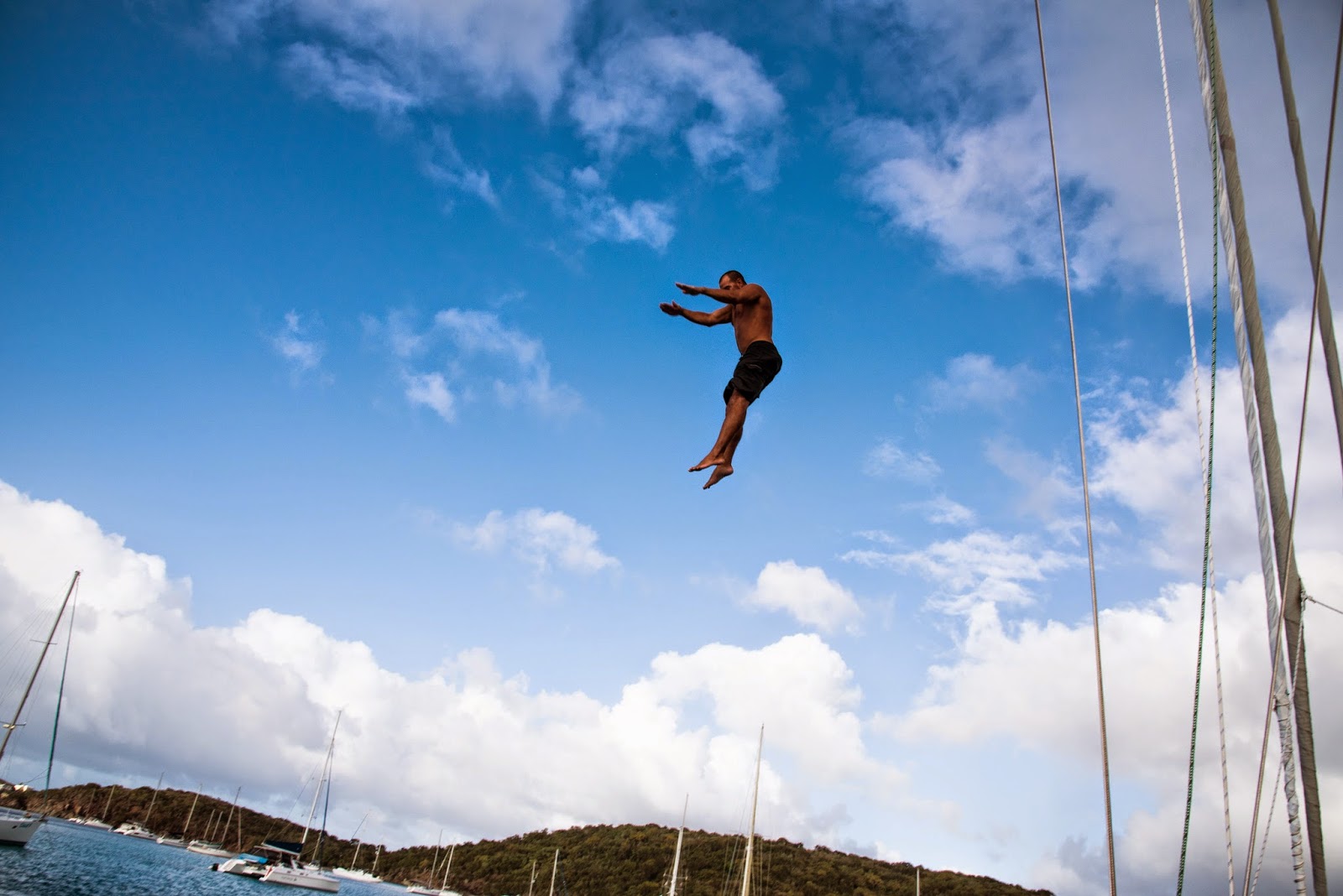 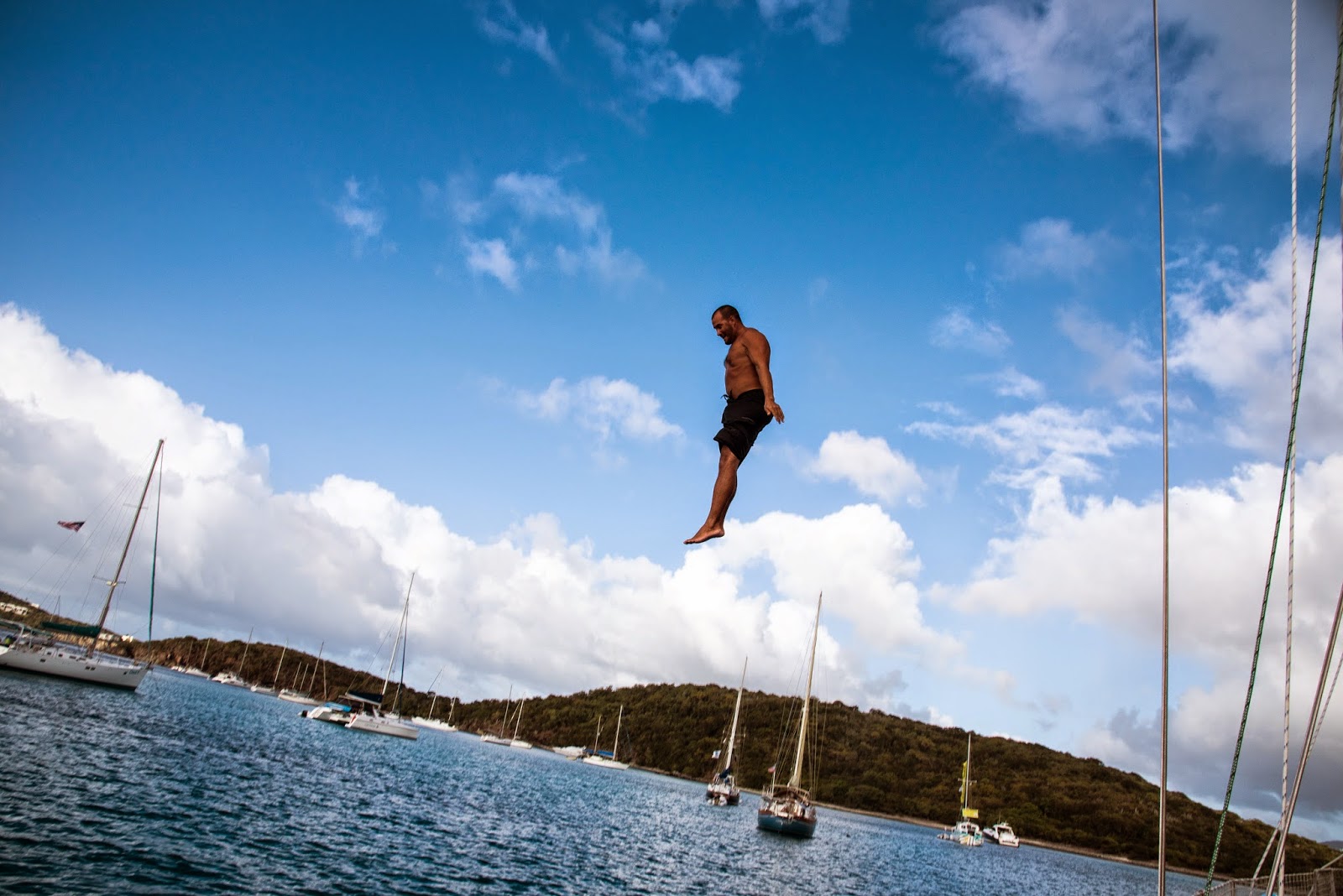