Marbles Are No Joke

Home/Marbles Are No Joke
Previous Next

Marbles Are No Joke 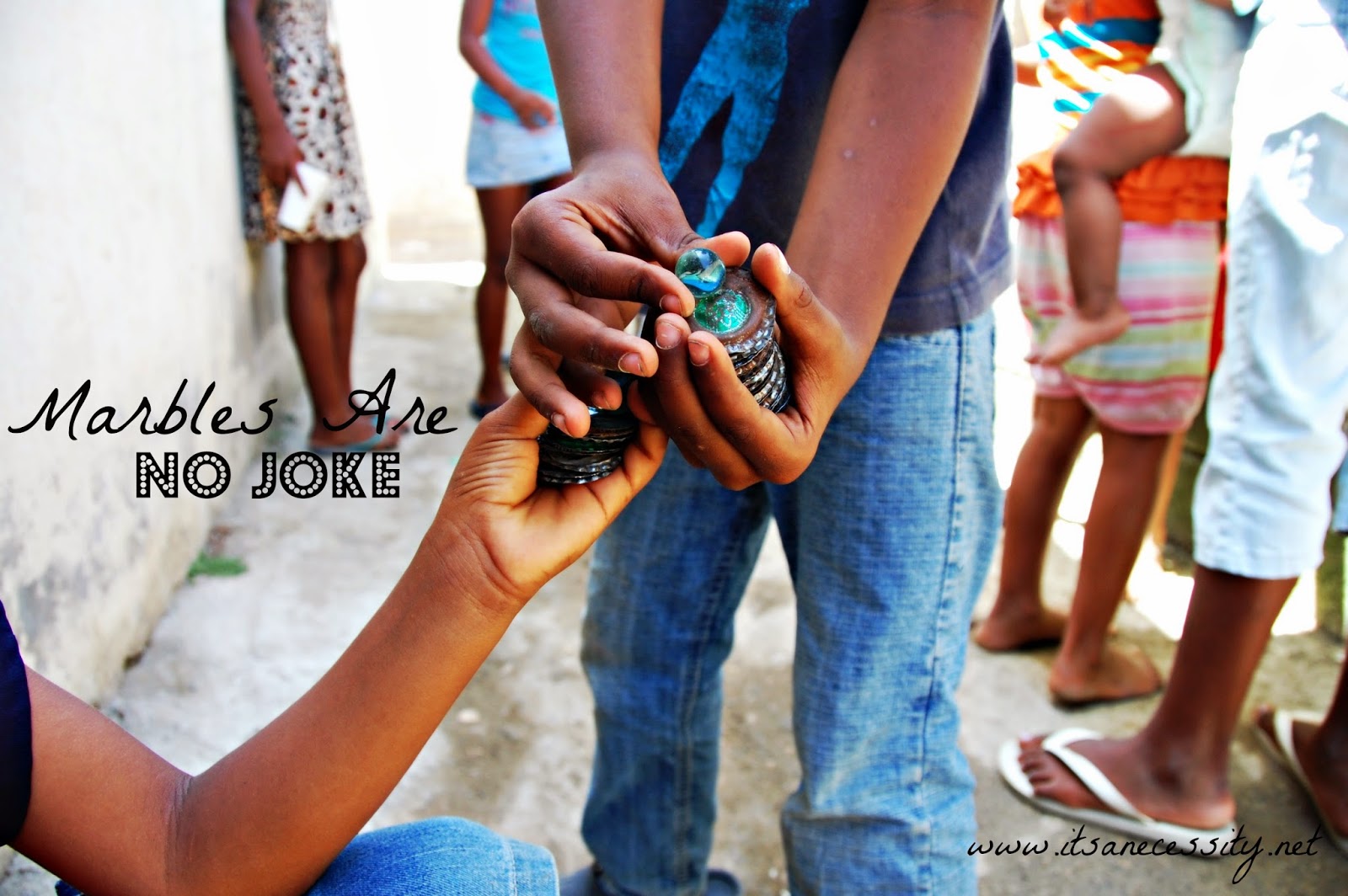 I remember the collection of marbles that I had as a kid. I used to gaze at all the beautiful colors and sizes I had, hoping that I would not lose my latest prize at the next school yard match. Recess meant huddling around a pothole or hole dug in the ground, trying to acquire as many of your friends marbles as possible. As Eben puts it, “I am surprised our parents used to let us play marbles. First off, its a children’s form of gambling. And second, you would come home from school with a bunch of marbles that you never bought but were now YOURS. Or if you had a bad day, you would come home without the marbles that your parents had bought you or that you had spent your allowance money on”. But they did. Our parents let us gamble away our possessions at a school-grade age, and we loved it.
I don’t see many kids back in Canada playing marbles anymore. Our games have become a thing of the past, and I am left wondering what kids do at recess now. But to our wonderful surprise, marbles are still alive and well in the DR! And they are no joke. Here the kids don’t gamble their marbles though, they have a collection of beaten down bottle caps, that now look like pogs or coins, and these are the currency they are gambling during their games. They draw a circle in the dirt, and inside that circle they place the amount of “coins” they are wagering on that game. I asked them how they knew which coins were theirs, as they all look identical, either originally being coca cola or fanta tops. But the kids looked at me like I was crazy, that it was quite obvious which ones were their own. Once the wager was made the game began, quite similar to the way we used to play. Either the game was to try and get your marble into a certain hole/spot, or it was about trying to knock your opponent’s marble away, almost like mini bocci balls. The kids get just as animate playing this game as the adults do when playing dominos. It is loud. I almost witnessed a back alley fight due to a marble match gone wrong, but adults all of the sudden appeared and dissipated the young crowd threatening to PowPow (spank) the lot of them.
It brought back good memories watching these kids play their games. And now I definitely know what I will be giving away as gifts to Dominican kids from now one. A nice big bag of beautifully shiny marbles. 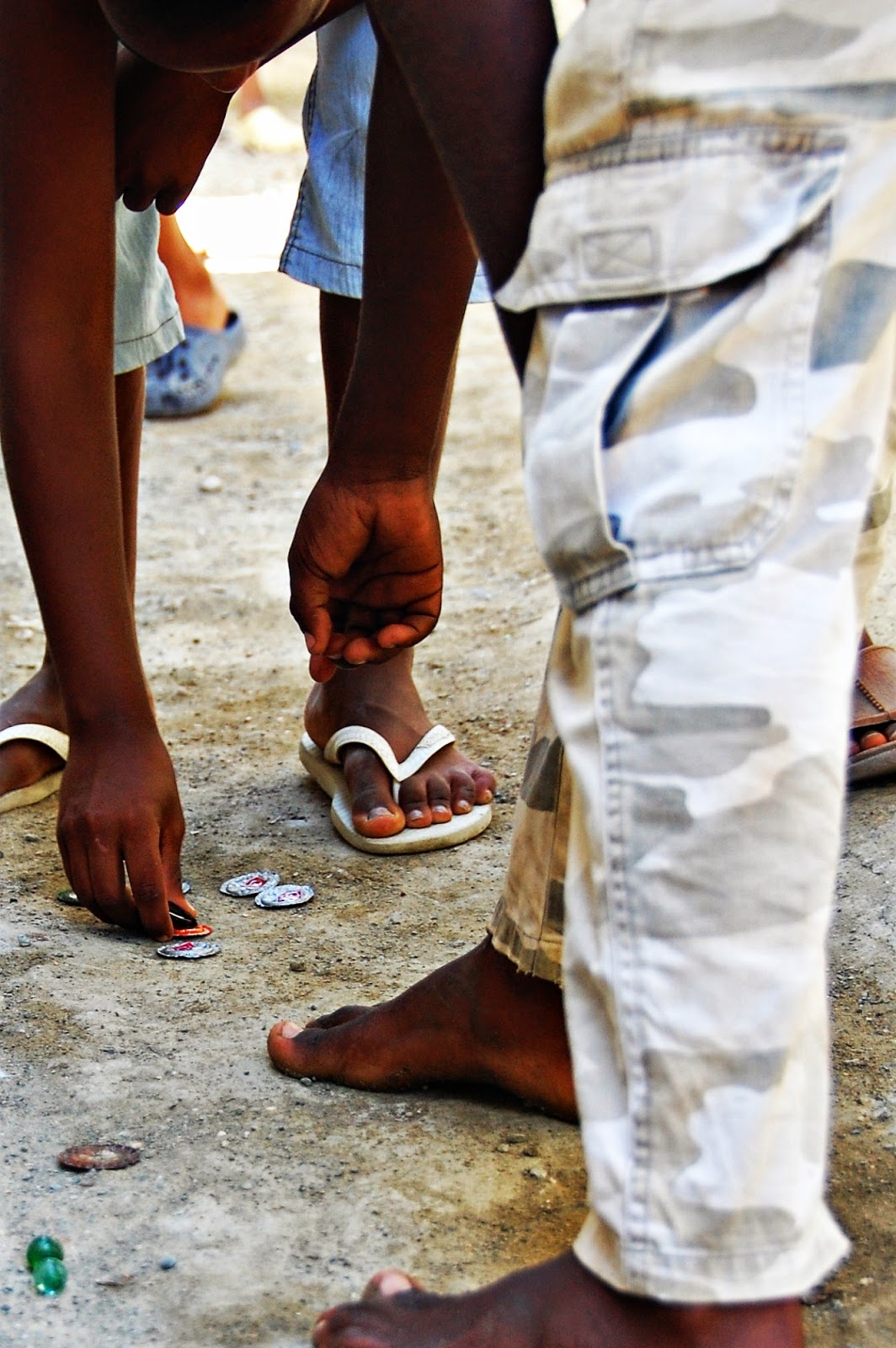 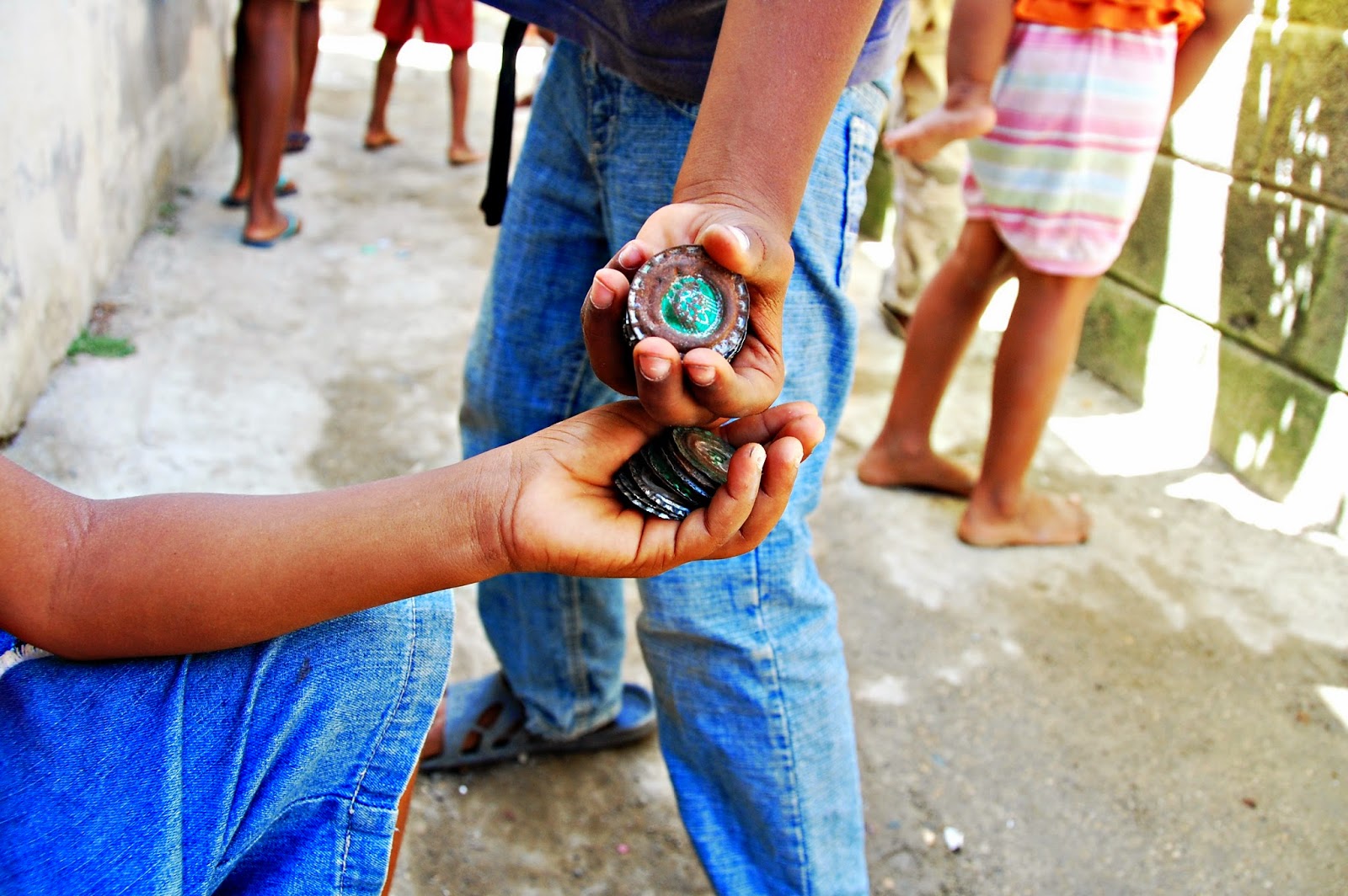 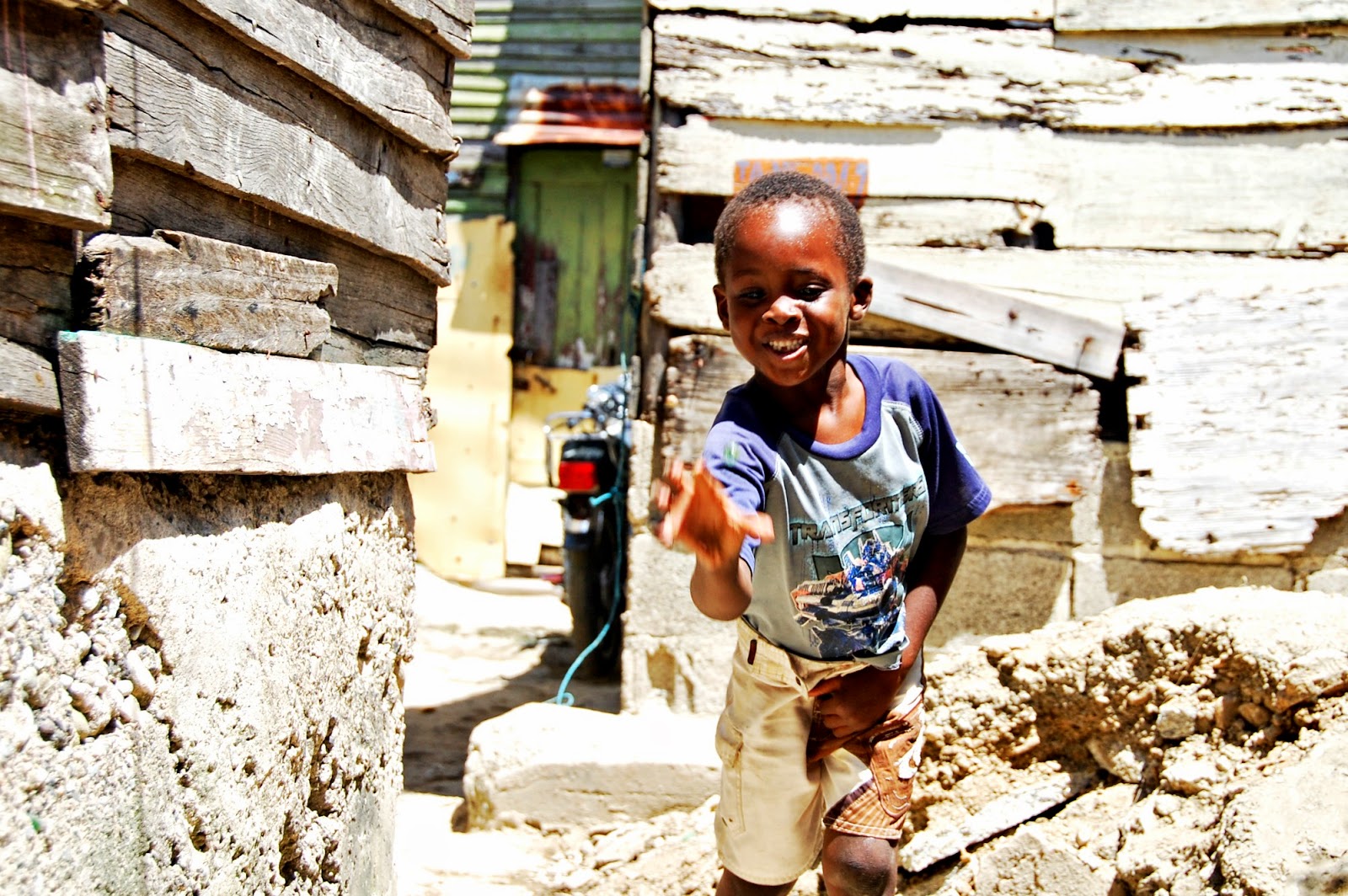 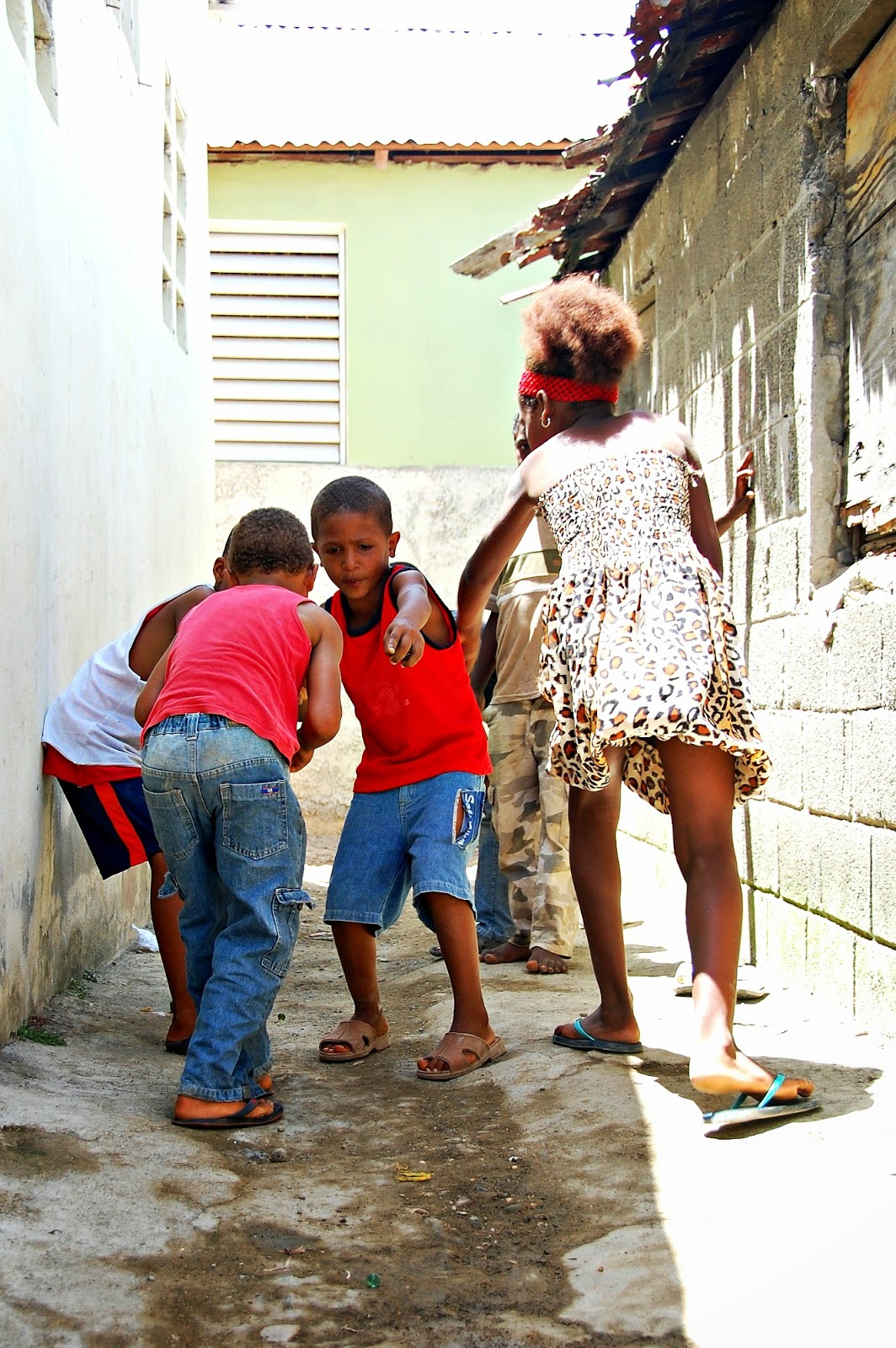 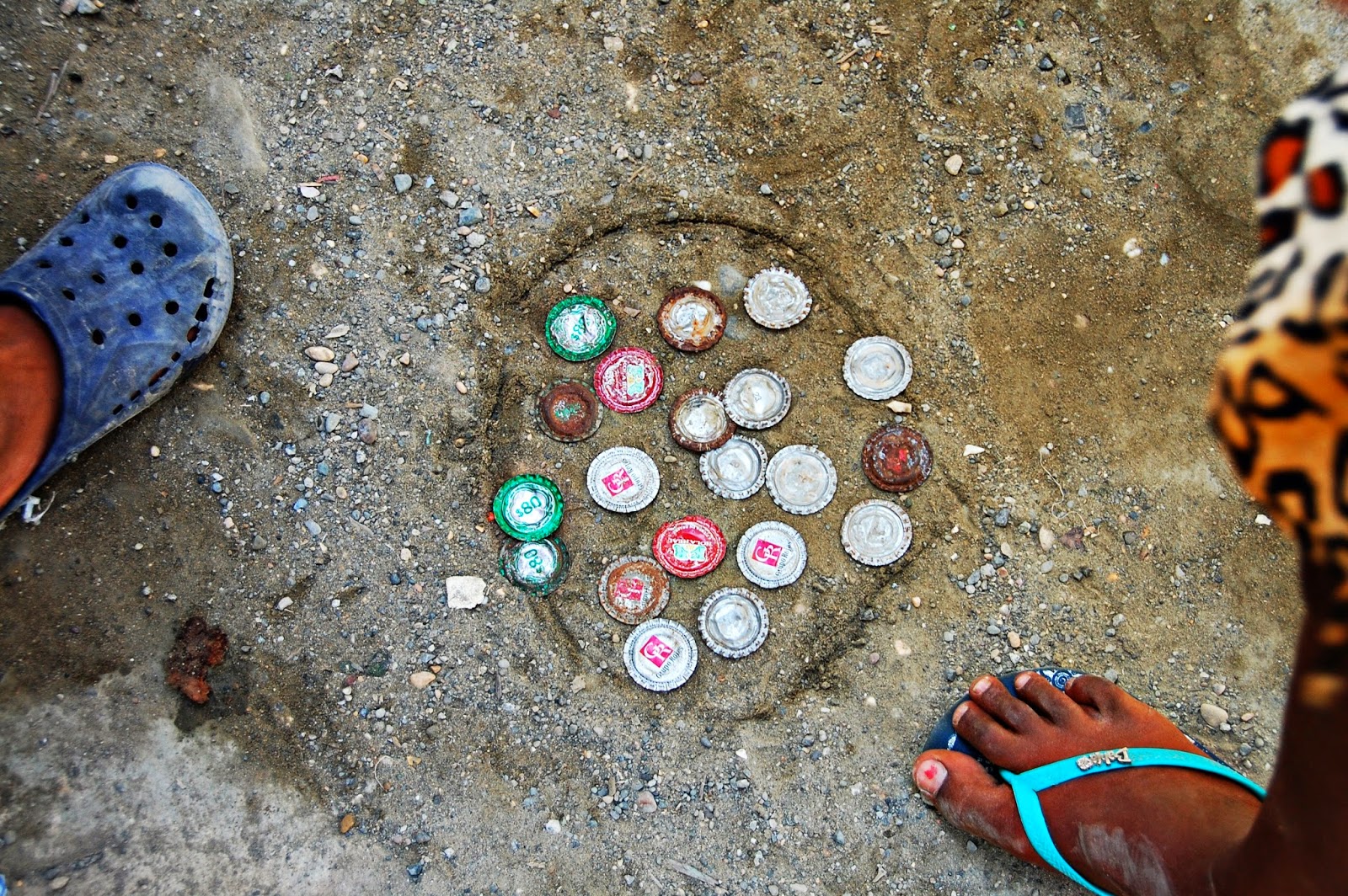 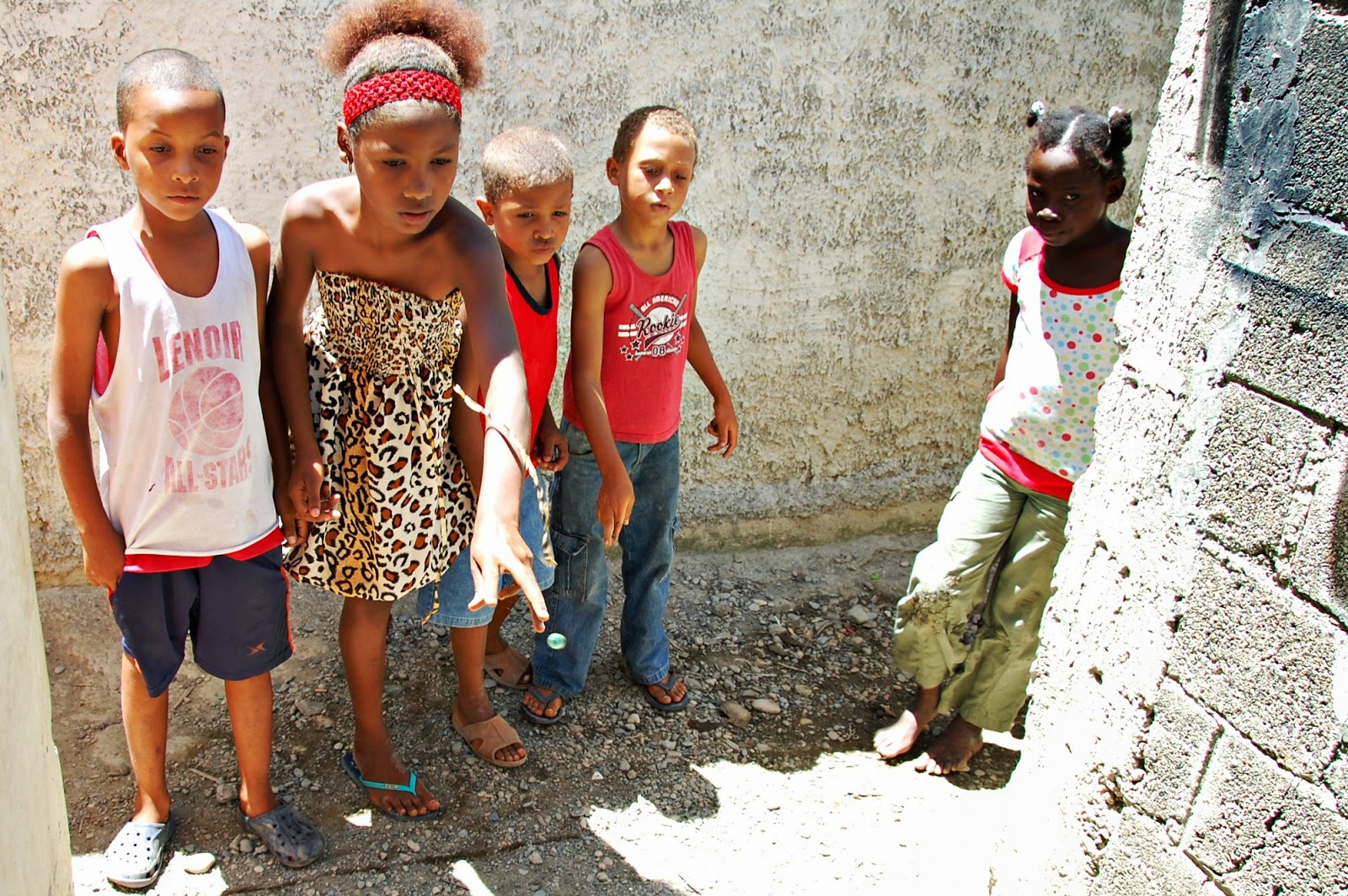