Our Plans A Through Z

Home/Our Plans A Through Z
Previous Next

Our Plans A Through Z

We’re not usually the ones to have well laid out travel plans. This time we did, and it seems Mother Nature thought that was ridiculous of us. In the course of the last month we went from having a 6 month plan, to a revised 1 month plan, to a let’s wing it plan, to nothing at all! 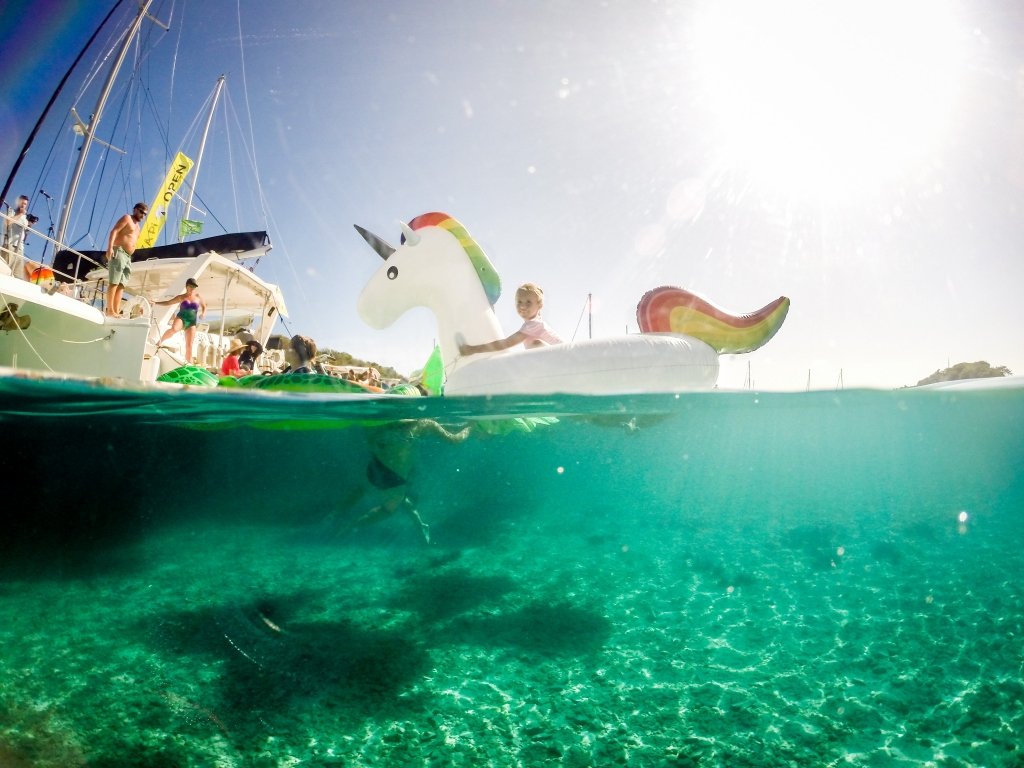 Our original plan was that Eben was flying down to St. Thomas, USVI, to do some work on some friends’ boats. The girls and I were set to join him two weeks later and work with the department of tourism to show-off the island. We would spend a month to a month and a half there and then move to Todos Santos, Mexico to start our new business.

Hurricane Irma had other plans for us

When Eben flew in to St. Thomas we knew there was a Cat2-3 hurricane heading that way. We were hopeful it may switch direction, or at least stay at that strength level. We were wrong. It stuck to it’s predicted course. And to our horror it grew to become the largest Cat5 hurricane in Atlantic history! (For those who don’t know, A Cat5 is a storm with sustained winds over 160 mph. Irma should have been a Cat9 given her sustained winds of 235 mph, but it caps out at Cat5 cuz at that point…. your screwed.)

A day and a half after his arrival on island, Eben was hunkered down in a concrete house, surrounded by a bunch of our friends, weathering the biggest storm we have ever seen.

(That is a whole blog post in itself, which is to come.)

A few days after the hurricane, looking at the aftermath and the state of St. Thomas, Eben and our friends decided it would be smartest to sail over to Puerto Rico. They packed what they could carry on to our friends’ boat (which survived the storm), did the 10hr sail over, and set up shop in Palmas Del Mar, PR. 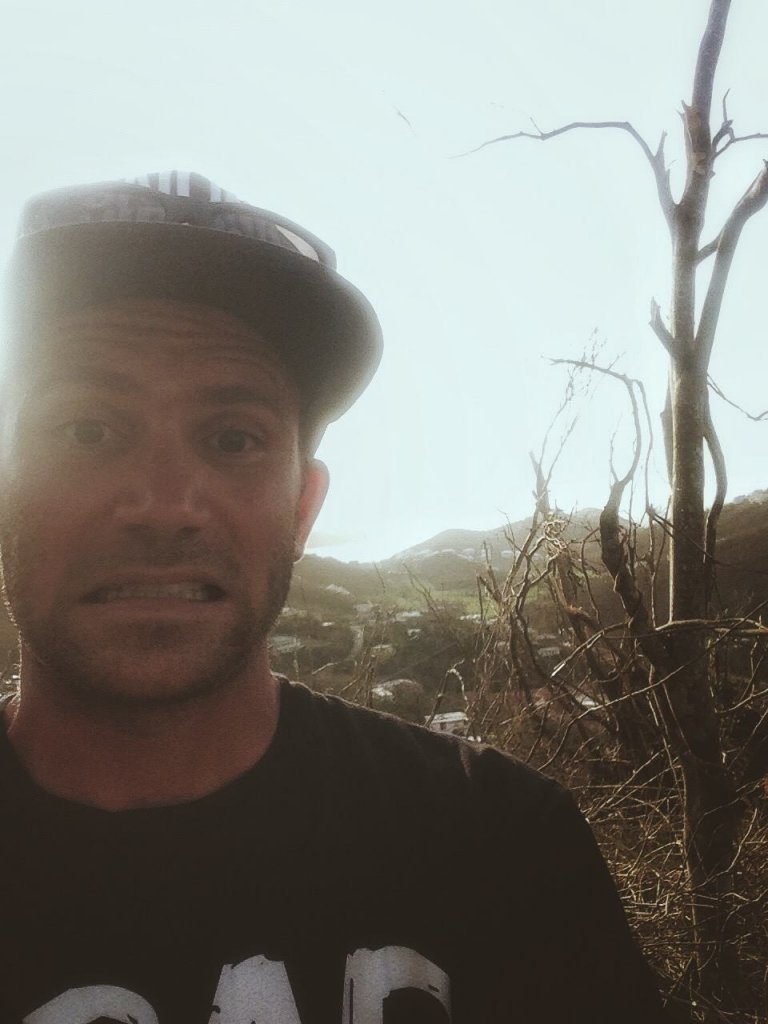 There were a couple of boats that Eben was set to work on that survived the storm, two of which happened to be in PR. Eben and I decided that after Irma our family needed to be together. If he could still have some work, then we would fly in and be a family, there in PR.

We got our flights for STT switched to PR. And now the girls and I were set to join Eben in Palmas Del Mar. My bags were packed and we were three days from flying when I got the phone call from the department of tourism. Our flights were being postponed due to the state of everything down there. Understandable but heartbreaking.

After a quick phone call with Eben we decided that no matter, we still wanted to be together. So we used the points we had been accumulating on our credit card, and we “bought”the girls and me tickets to PR. 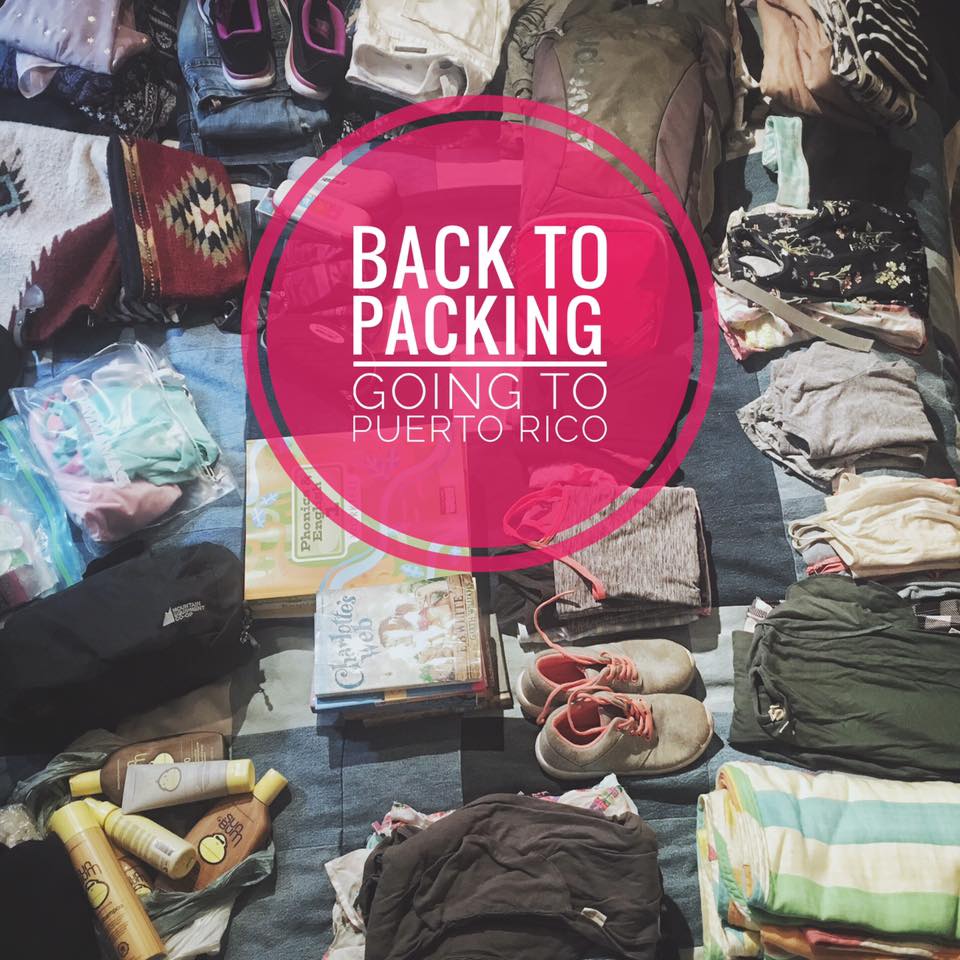 Hurricane Maria had other plans for us

This time we watched in dismay as Hurricane Maria followed in Irma’s path. She grew in strength and size at an unprecedented rate. What started as a tropical storm grew to a Cat2 overnight, and then to a Cat5 by the end of that day.

We had 24hrs of wavering on “what should we do”. The debate was, we wanted to all be together. Eben did not want to leave our friends in PR to go through Maria on their own, but we also knew that it wasn’t smart to put our girls in any sort of danger if we could avoid it. There was also the possibility that the storm could change paths and amount to nothing. We wavered.

We decided to do what was smart “for us”. To not have the girls and I fly to PR at that time. And if we weren’t going to be there, then should Eben!? At the last minute we decided that he did not need to go through another hurricane of that magnitude, and possibly be stuck there afterwards. We got him the last seat on a flight out of there.

I don’t know how much time I have spent on the phone, mostly on hold, with airlines lately, booking, changing, and cancelling all these plane tickets!!! A LOT! 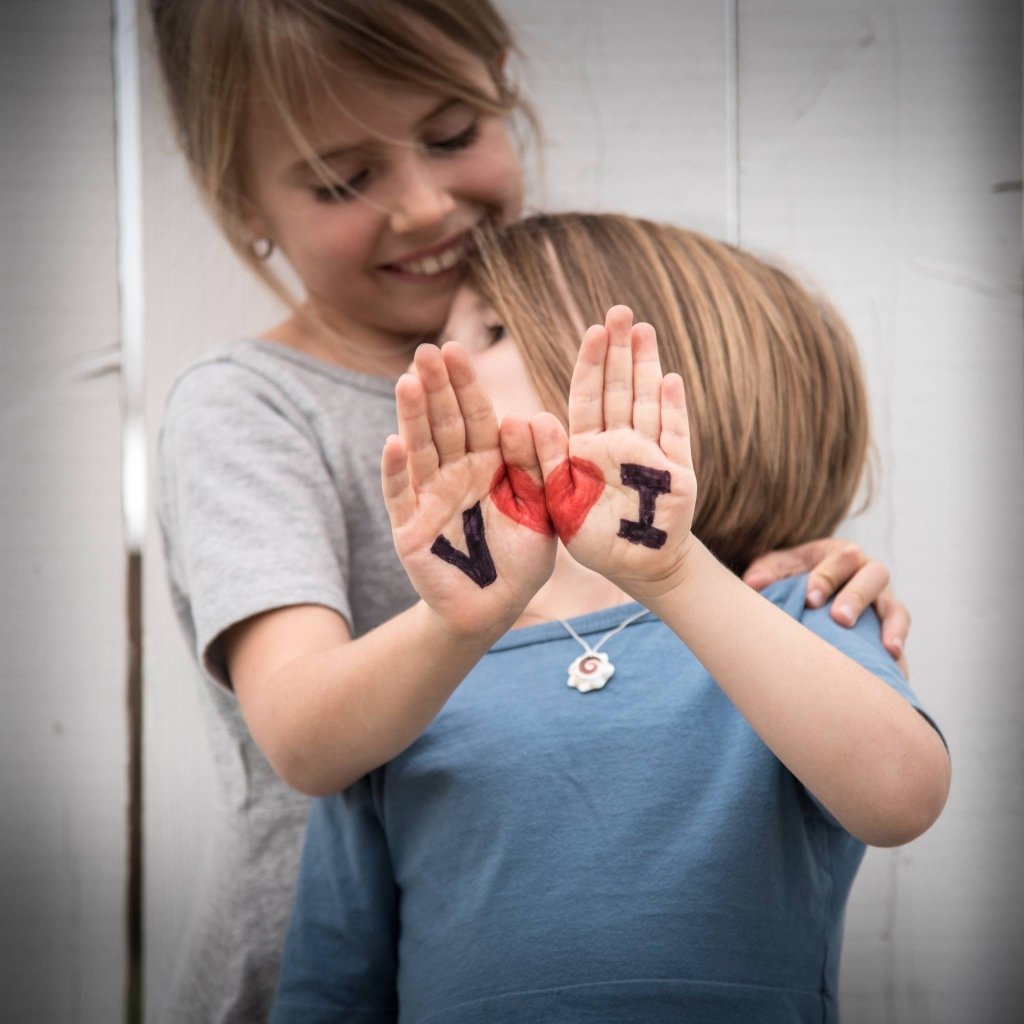 Someone joked with me, “Forget plan A or B, you guys must be on plan R now!” That’s literally what it felt like, that every time we came up with a new plan it instantly had to be trashed and a new one decided.

The Radio Silence Before The Third Plan

We have been spending time together as a family. Time catching up with friends. Time keeping busy and avoiding making plans because we were just playing the “waiting game”. We were waiting to see what PR would be like after hurricane Maria went through. We’re still waiting. We have limited contact with friends there, via a satellite device, and the info we are getting from them is not geared towards us making our decisions, it’s geared towards making sure they are ok.

All this waiting, living with the unknown, has been hard. I have felt aimless. Not knowing what directions we are going, has left me in a weird state of “blah”. Eben doesn’t do well with boredom either. But he has been keeping busy doing some finishing work on our friends’ basement (a thank you for letting us live with them every time we are in the area).

Last night we sat down and crunched numbers. Ran “plan” ideas past each other. We talked about what our options are, what our budget is, and what our timelines should look like. Sitting around aimlessly isn’t an option. We needed a plan, even if it’s a vague one, to point us in a general direction. 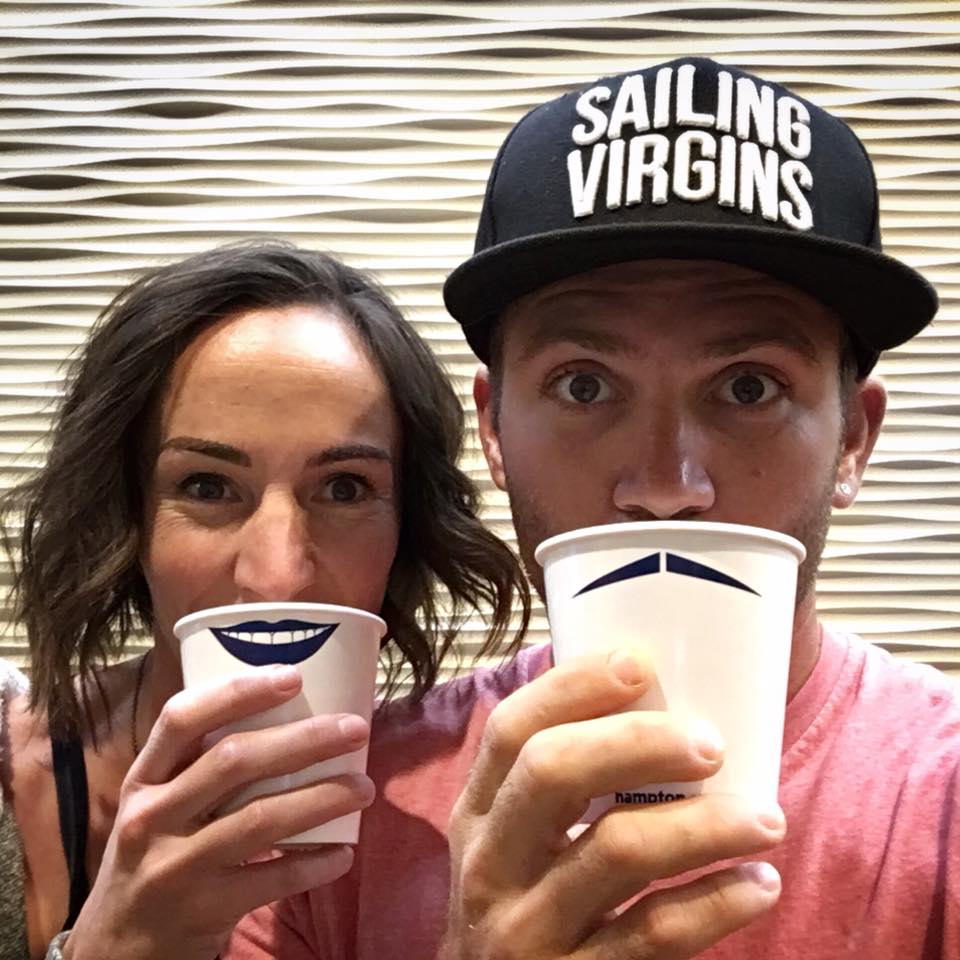 The Third (and Newest) Travel Plan

We have a few different options on how to get there, but right now the destination is Todos Santos, Mexico. We had always planned on ending up there, we just thought we would get some work done and see some friends first. That doesn’t look like it could happen right away, so we figured we should head to TS and get the ball rolling there. This would help us feel productive anyways. We’re thinking of doing this in the next week or so.

This new plan is with the hope that once PR or STT are in a better state, then maybe Eben would fly over and do the work he was scheduled to do. This would also allow him to get our four bins of “boat stuff” that we had kept at a friend’s place in St. Thomas, when we sold Necesse. (Which, those bins then got moved to PR when Eben sailed there after Irma.) There is also the possibility of future work with the USVI department of tourism. But that project is indefinitely on hold.

So for now, first things first. How to get to Mexico, and when. That’s where we’re at. 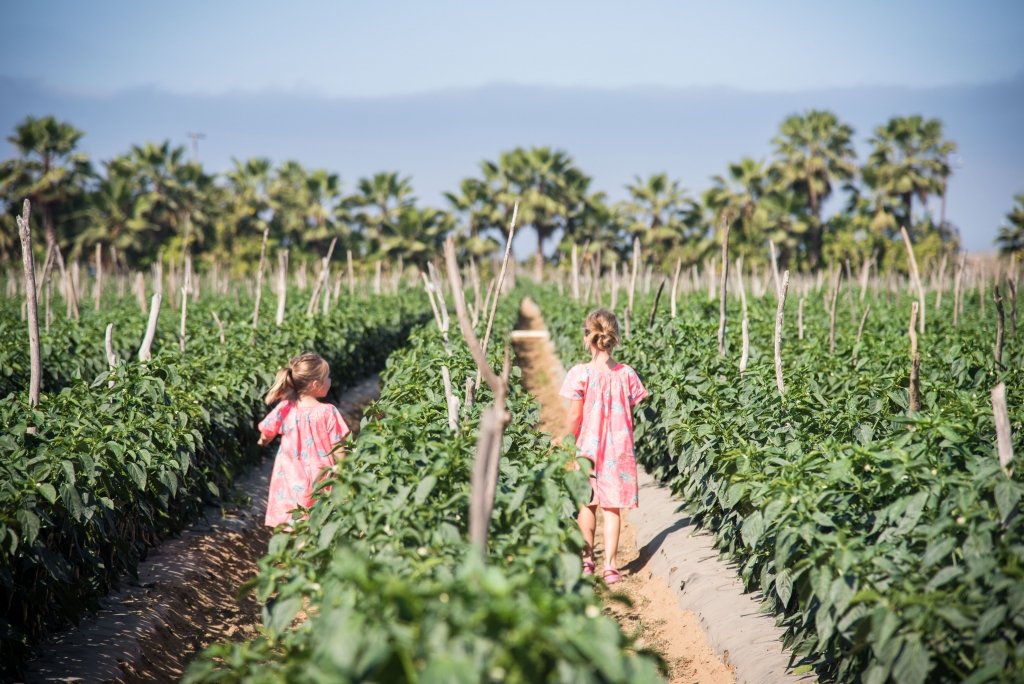