Roadtrip To The Southwest Of DR

Home/Roadtrip To The Southwest Of DR
Previous Next

Roadtrip To The Southwest Of DR Pilling into a car and doing countless of hours of driving with two little ones isn’t quite my idea of fun. But when the end goal is as intriguing as this one, it is hard to say no. Last Friday we did just that. After a last minute decision we packed our bags, stuffed our Xterra full of everything, loaded up the kids, and headed on a road trip. The destination was the South Western part of the DR, an area that we had yet to discover and were extremely intrigued to see. And an added bonus was that we were going conquer these roads with our buddies from s/v Mirador, Joaquin, Marie, Hadrian, and Eva.
They had a head start on us and had already made their way through Jarabacoa and Constanza, so we drove 6ish hours to meet them over in Ocoa. We left Sosua, took the mountain road from Sabaneta de Yasica to La Vega, and then continued down Highway 1 to the turnoff for Ocoa. The roads got tricky at this point. If we weren’t dodging potholes we were manoeuvring around mud puddles that could engulf our car, or driving up roads that are only meant for 4WD. We handled it fine, and the girls slept through most of it, but the destination time that the GPS had given us did not take into account that there is no way to drive anywhere near the speed limit on the this road. You advance at a very careful snails pace.
First night was spent in Ocoa, which is a pretty uneventful town. It was just a good meeting spot, where our travel buddies had already found a good hotel. It was also a good time to let our munchkins out of the car and release some pent up energy. Over breakfast the next morning we decided on a game plan. There were several things that we wanted to see on this trip, but we decided to start with the coast. We hit the road and drove from Ocoa to Los Patos. Once we had turned off of the Ocoa road and headed to Barahona the roads were extremely better and stayed well maintained for the rest of the trip. I have to say that this portion of costal driving is like none other. It is so strange, you start off feeling like you are driving on the set of an old John Wayne movie, surrounded by arid mountains, red dirt, and cacti, to feeling like Tarzan might fly out at you from a vine in the thickest of jungles. And amidst all of this contradicting landscape comes the rock cliffs that fall into some of the most turquoise ocean I have ever seen. It was breathtaking, literally, we were in awe with the camera ready at hand. 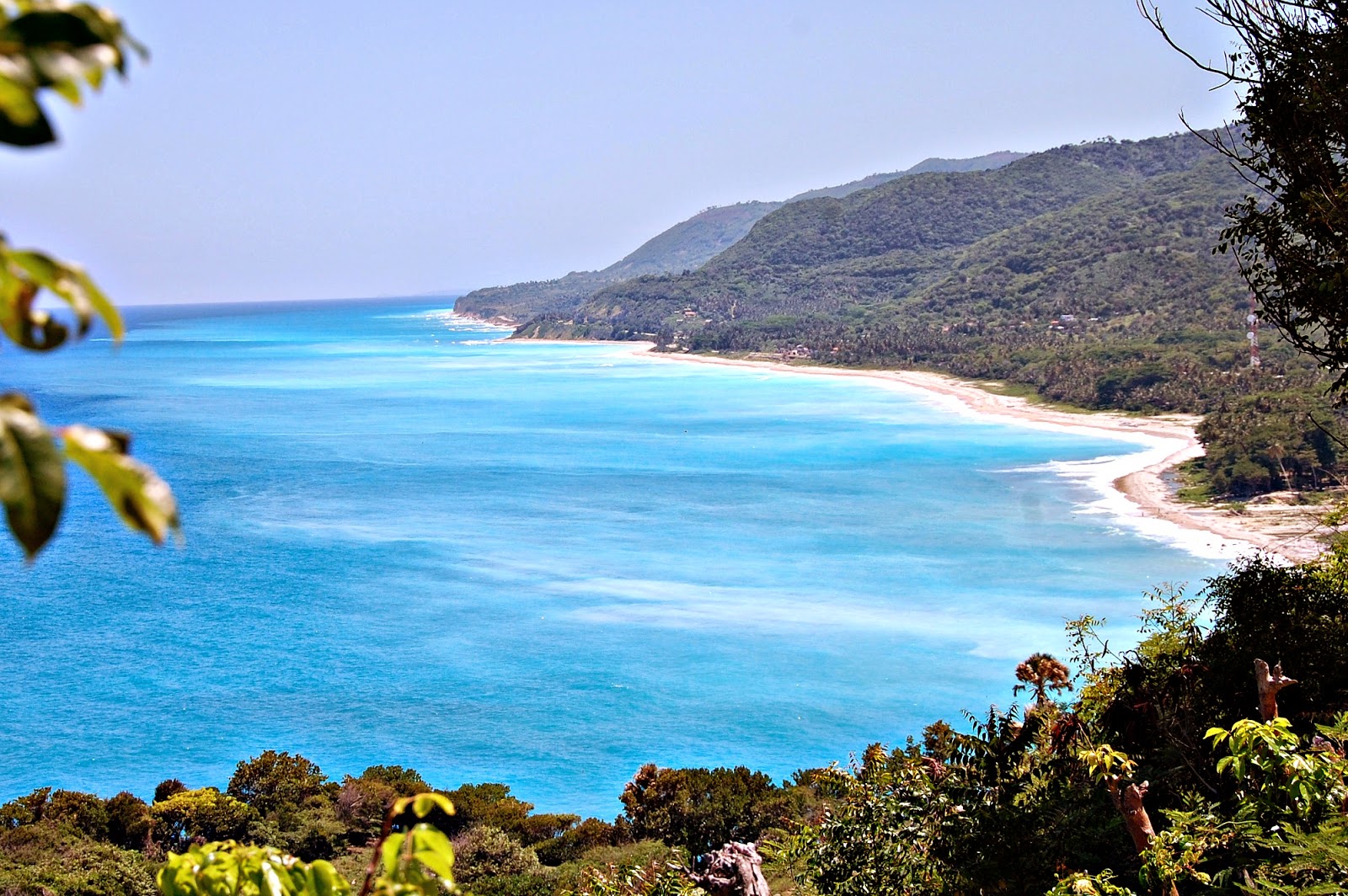 We decided to head to Los Patos for two of its natural attractions, the balneario and the white rock beaches. The first are swimming areas where the freezing fresh water creates swimming holes. In this town they are notable because the fresh water meets the ocean and so you get to play around in fresh water while looking out at the ocean. The second attraction is particular to this area, being that their beaches are comprised of white stones that have been blasted by the ocean’s waves making them silky smooth. The look and feel of them immediately made me think of the stones used in Hot Stone Massages. Even though I have never had one, these are the stones you see in all of those massage pictures. I know already know that I can spend hours on a regular beach combing for seashells, on this beach I felt like a four-year-old again, looking for the perfect rocks for my collection. This beach will be marked in my mind forever. 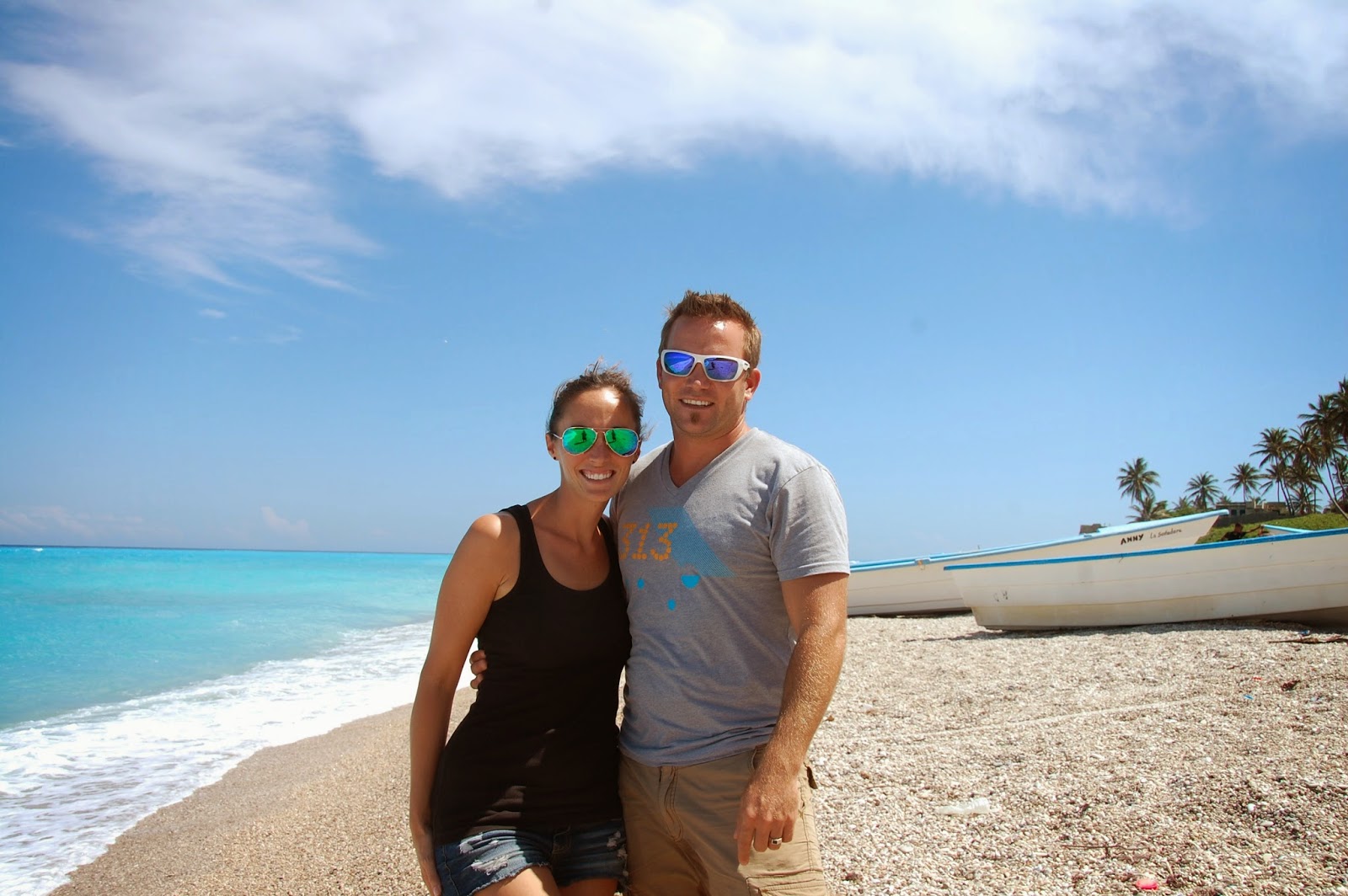 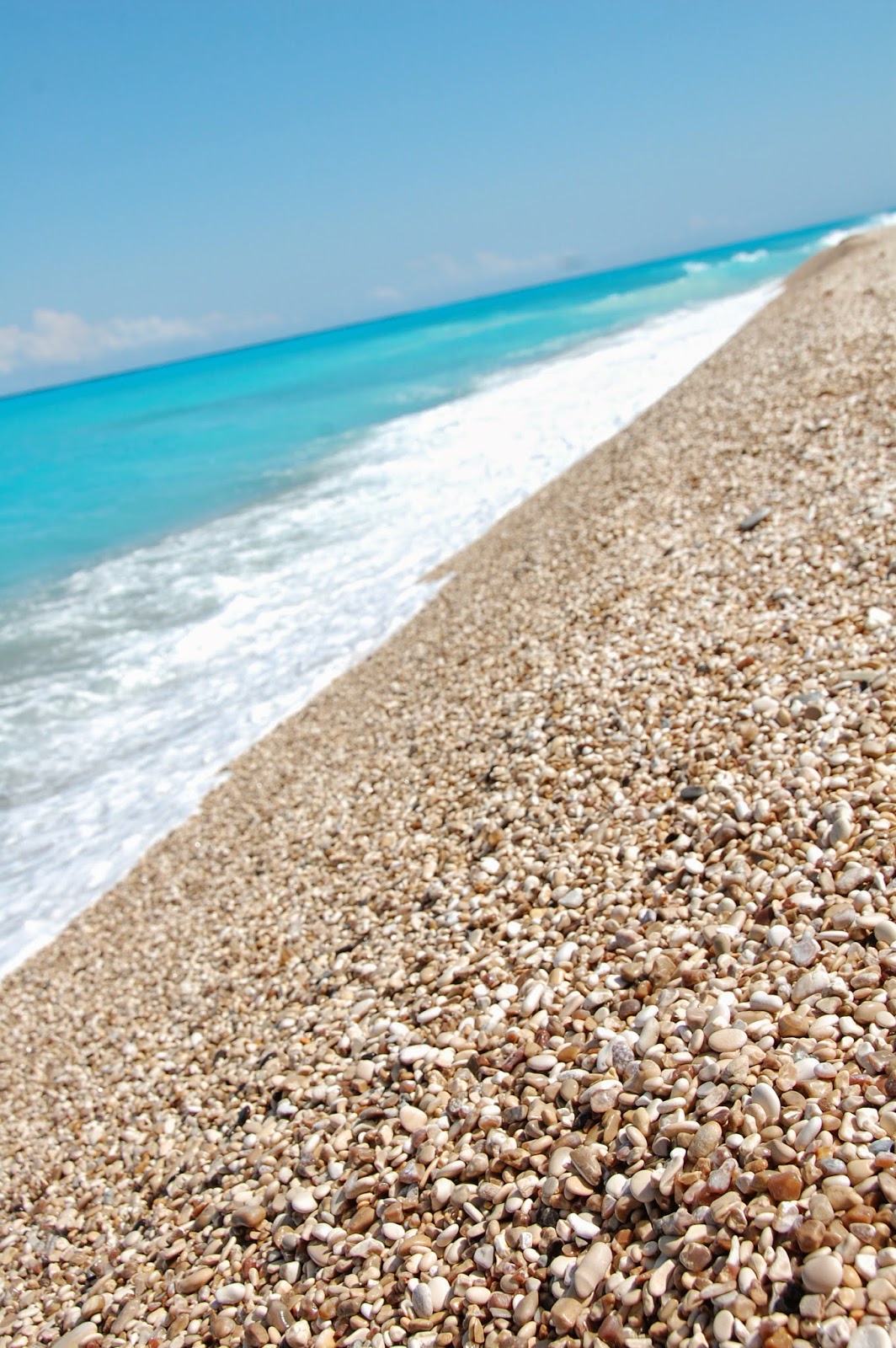 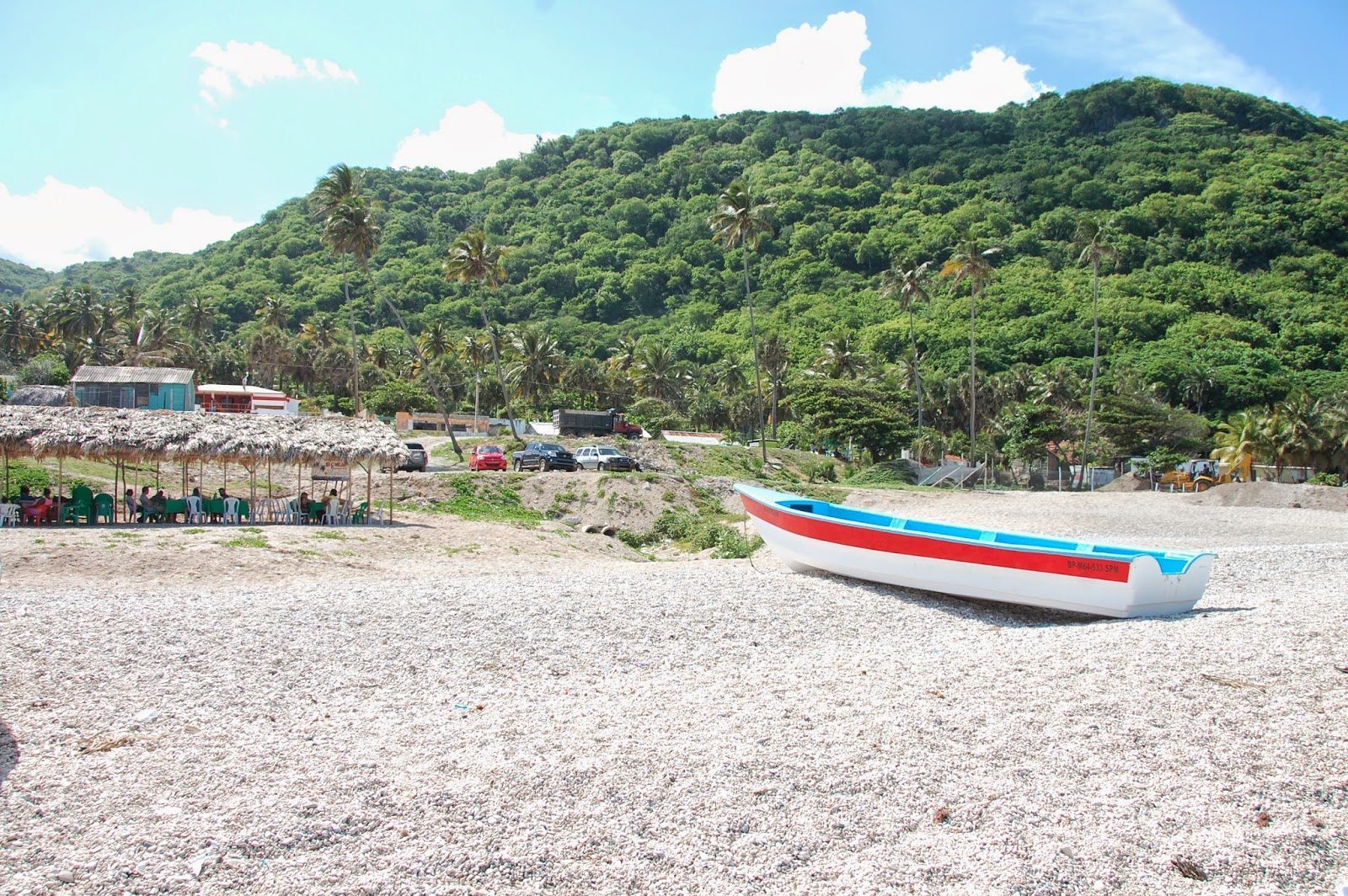 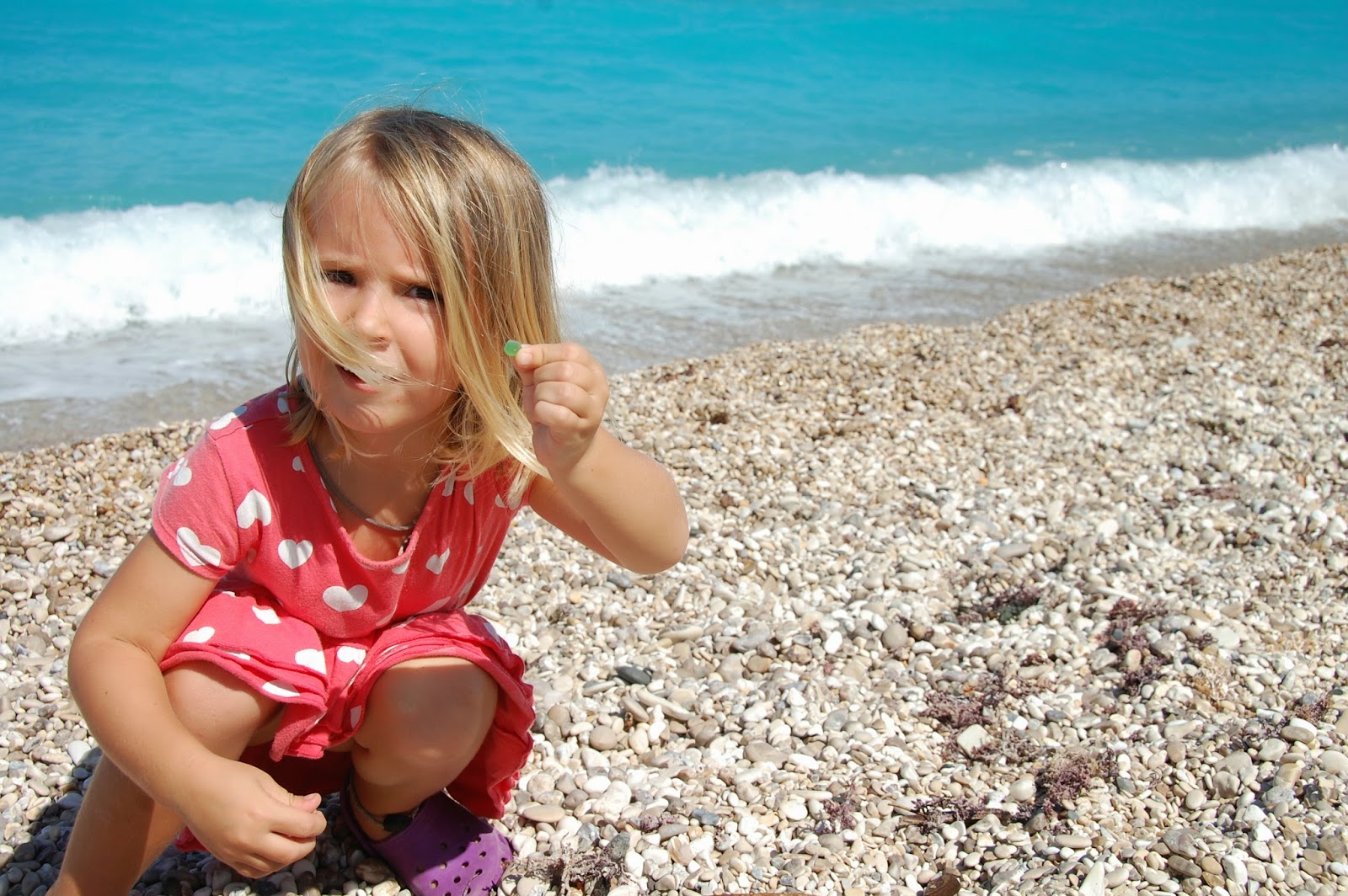 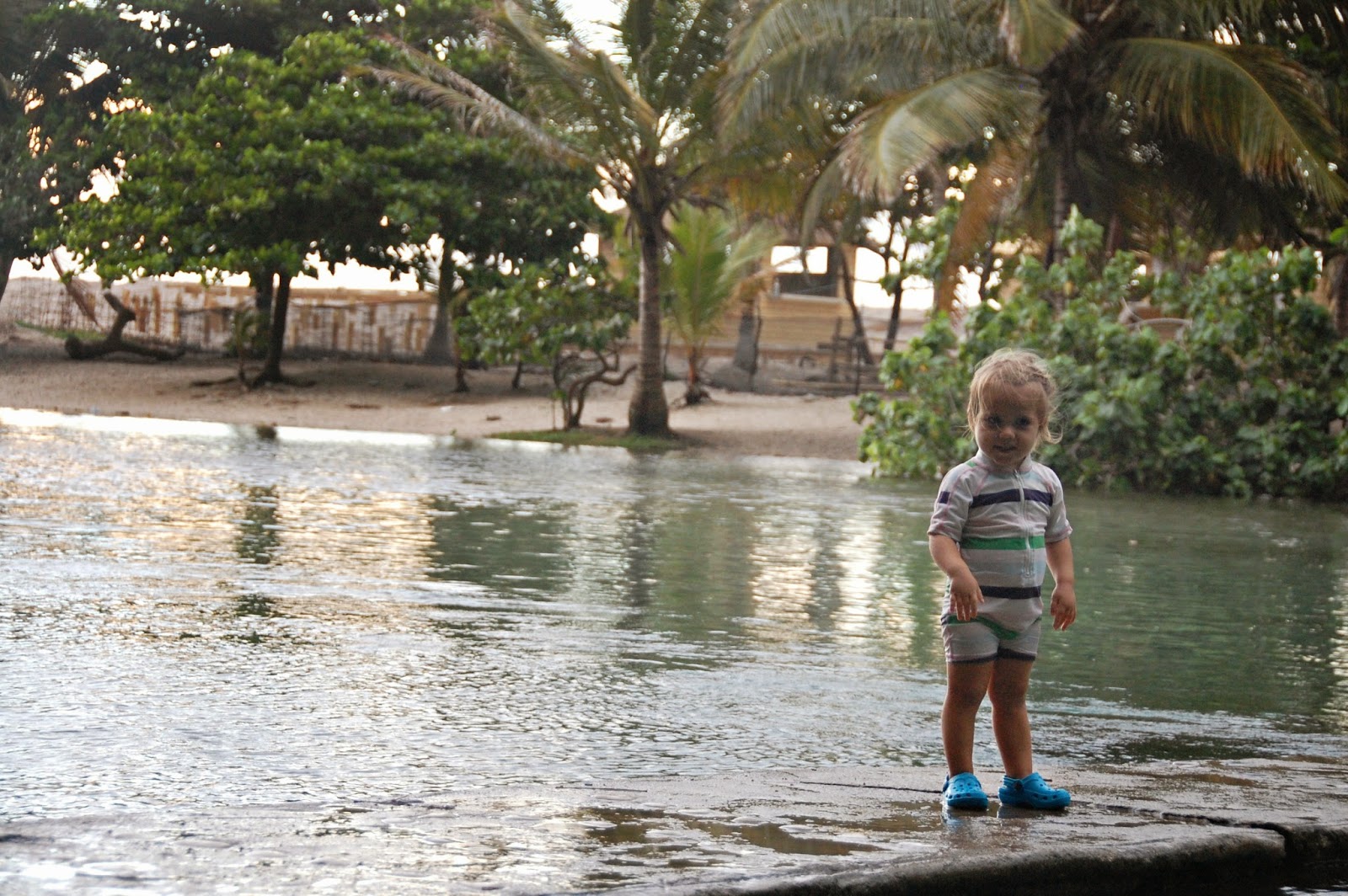 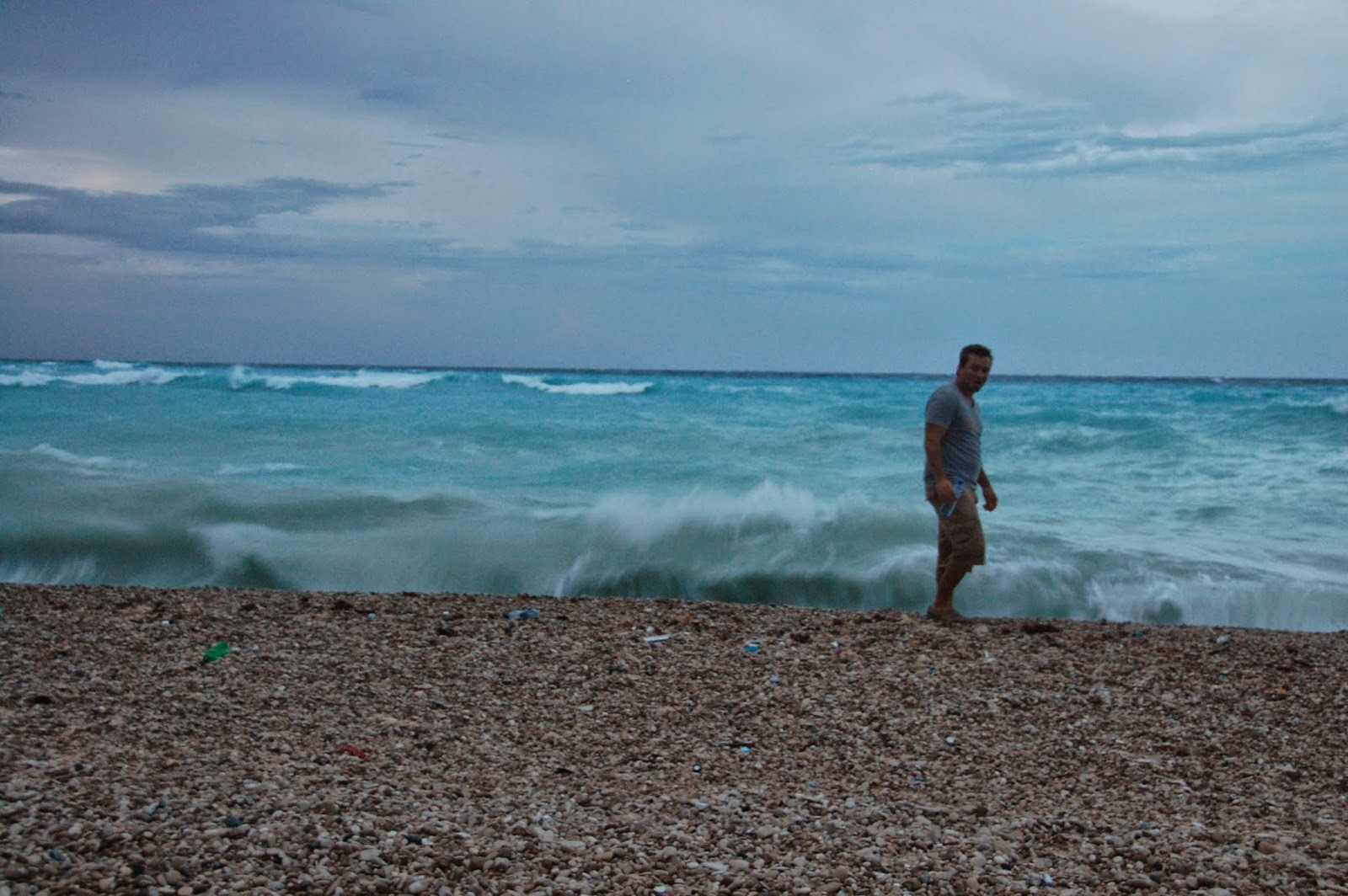 The next day we were off to Bahia de Las Aguilas, supposedly the most remote and beautiful beach of the DR. We drove a few hours, again through desert then jungle, and desert again, to reach the beach side area of Las Cuevas. From there we boarded a fishing boat and we taken of a 10 minute ride to this far flung beach. Our boat captain gave us the added fun of swerving in and out of rock cliffs along the shoreline. The beach was kilometers of white sand backed by palms meeting with clear blue waters that reminded us of the Bahamas. But to top it off, for me who never goes swimming because I don’t like cold water, the ocean was warm. I got to splash around with my babies and we all had a blast. Joaquin was the master chef and made us all some yummy sandwhiches for our picnic lunch under the palms. We left the beach at 2pm and drove back the same coastal road to make our way back up towards Barahona, but not without stopping at Casa Bonita. This hotel/restaurant is vying with one other place for the title of Best Hotel in the DR. Unfortunately they did not have any available rooms for us that night so we opted just to eat supper there. It was for the better, because had they had rooms we may have considered spoiling ourselves with the high room costs just for one night. We found ourselves sleeping in Barahona for the night, in a hotel that we joked felt haunted. It was a hotel built by Trujillo about 50 years ago, it had a sense of abandoned grandure and fixtures that were crumbling, showing their age. 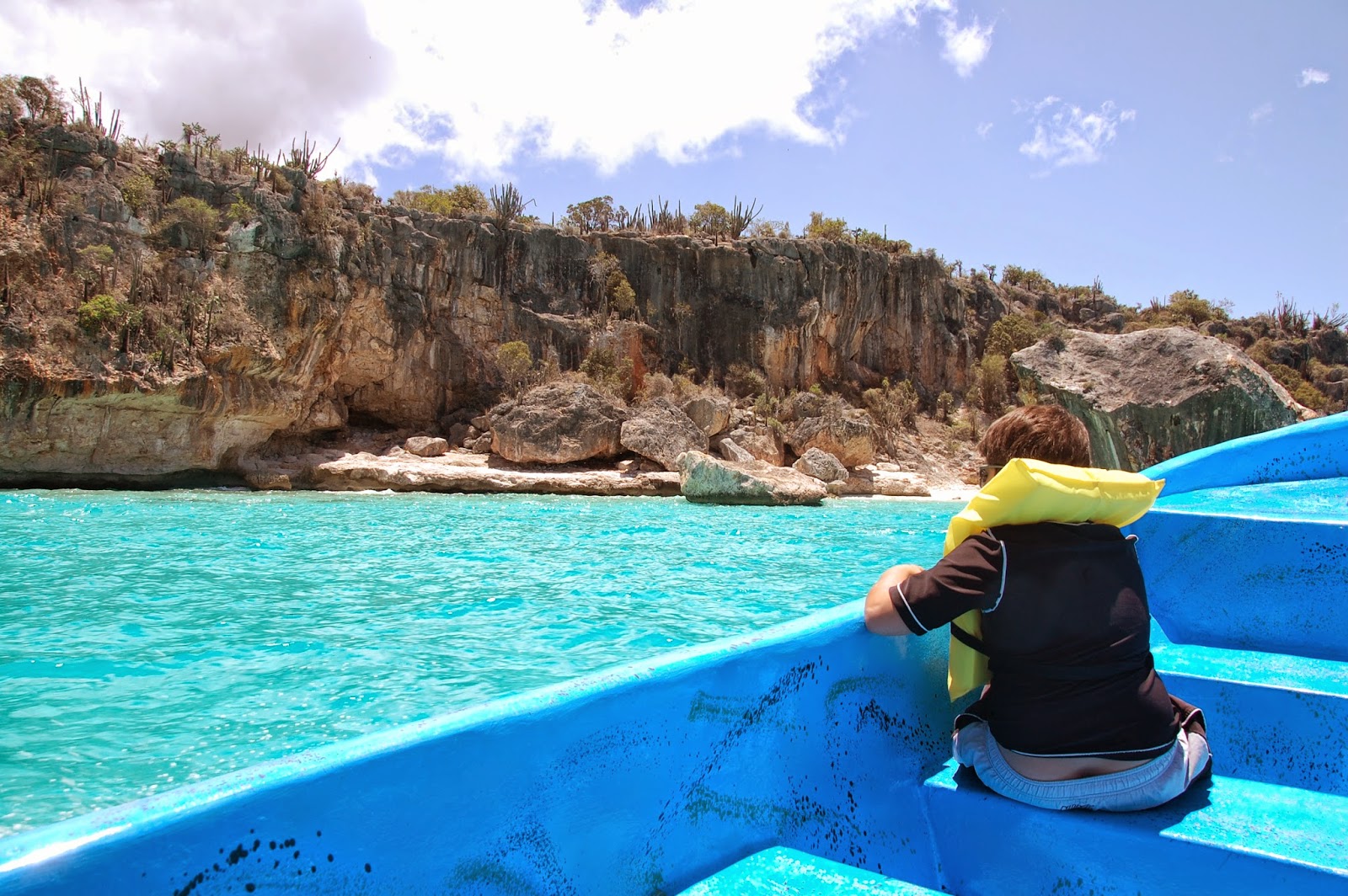 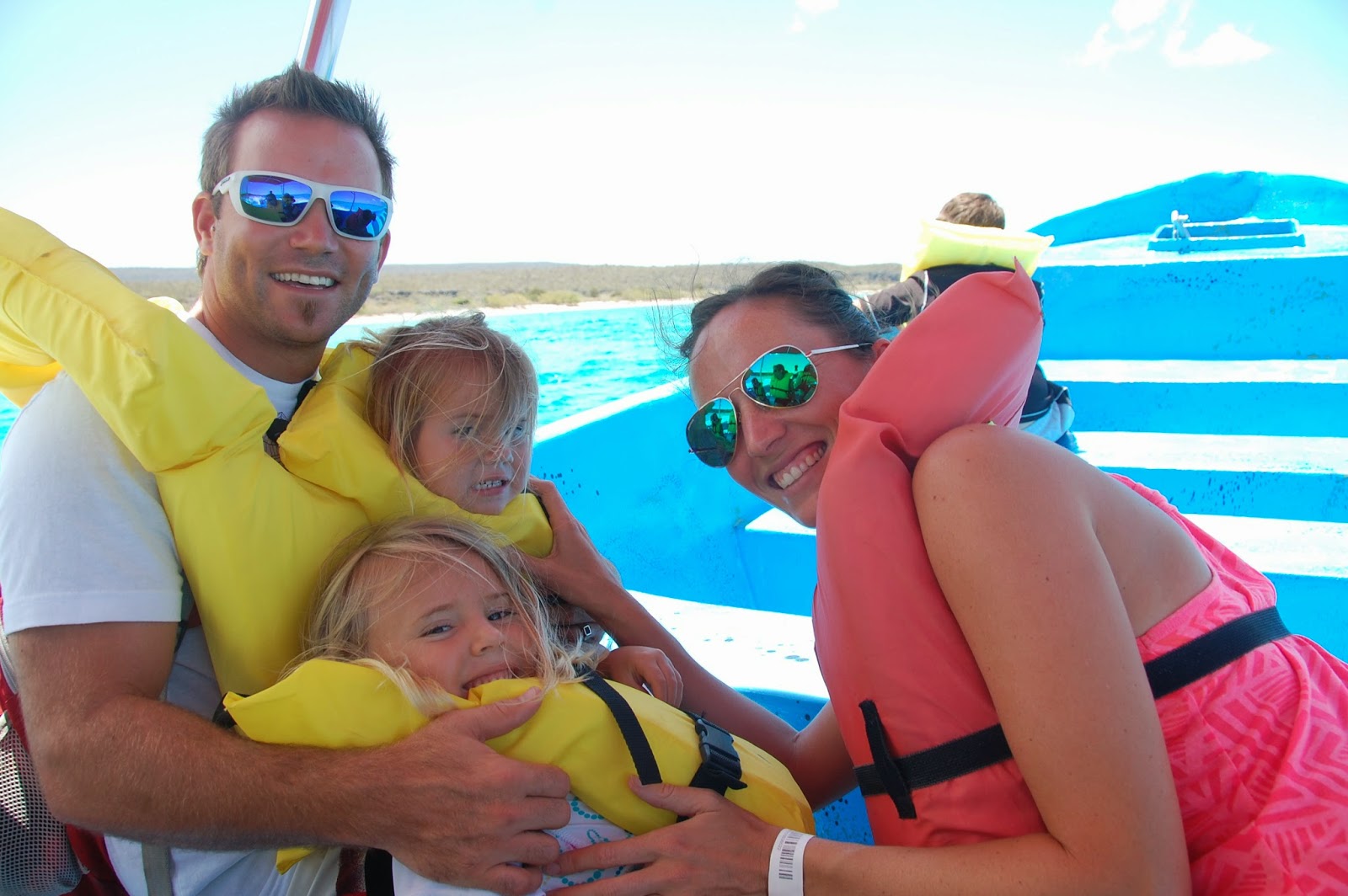 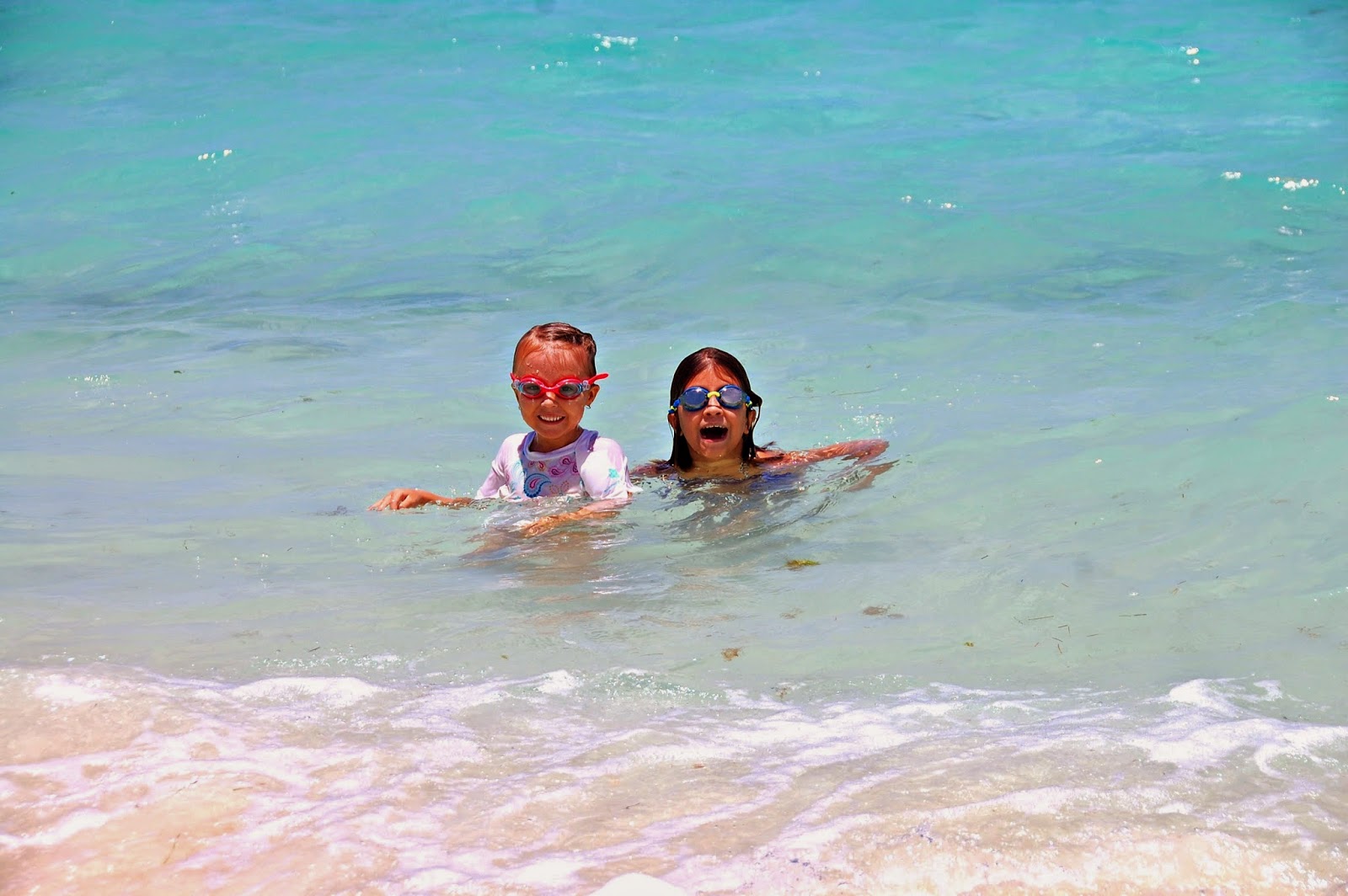 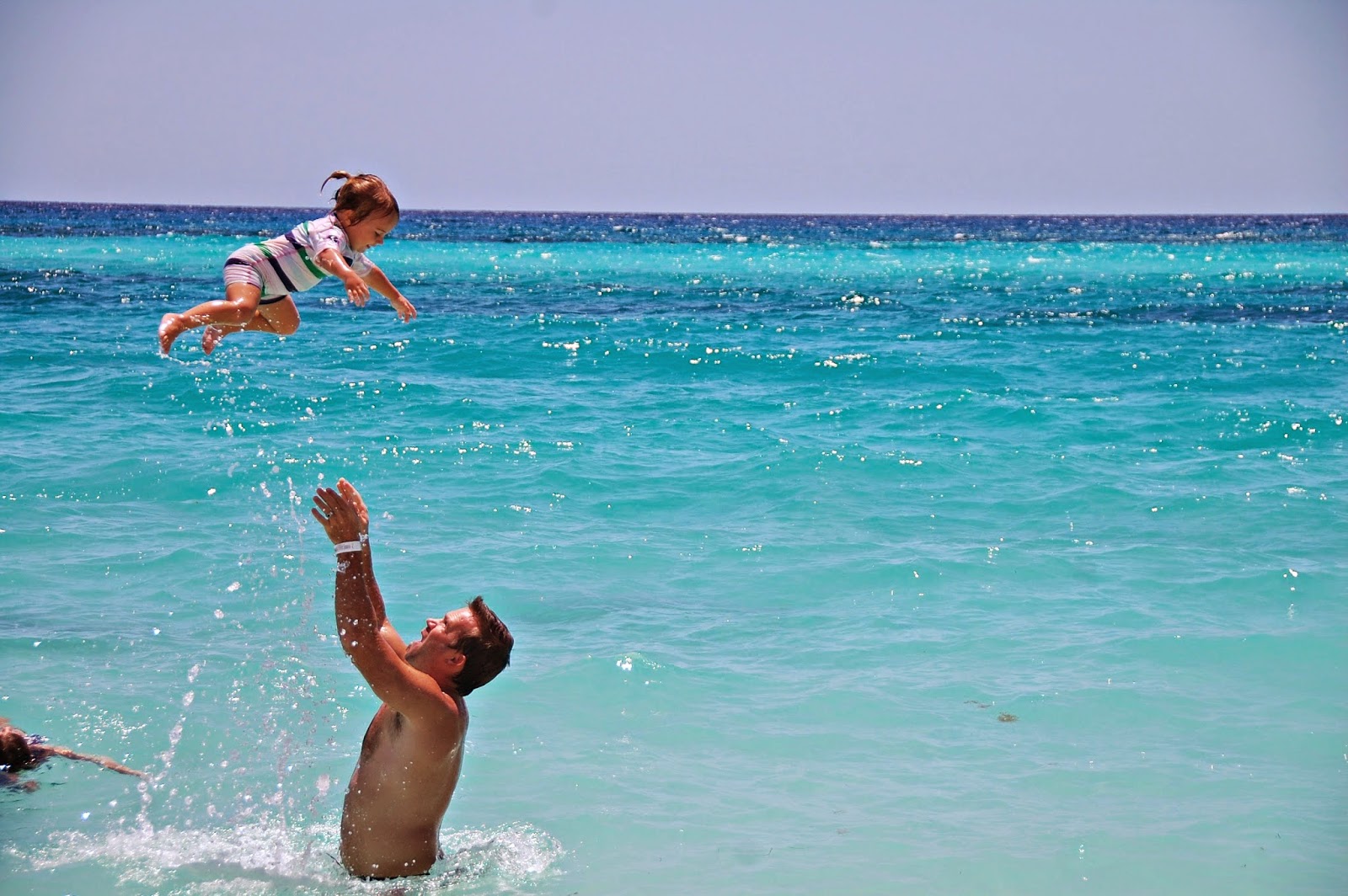 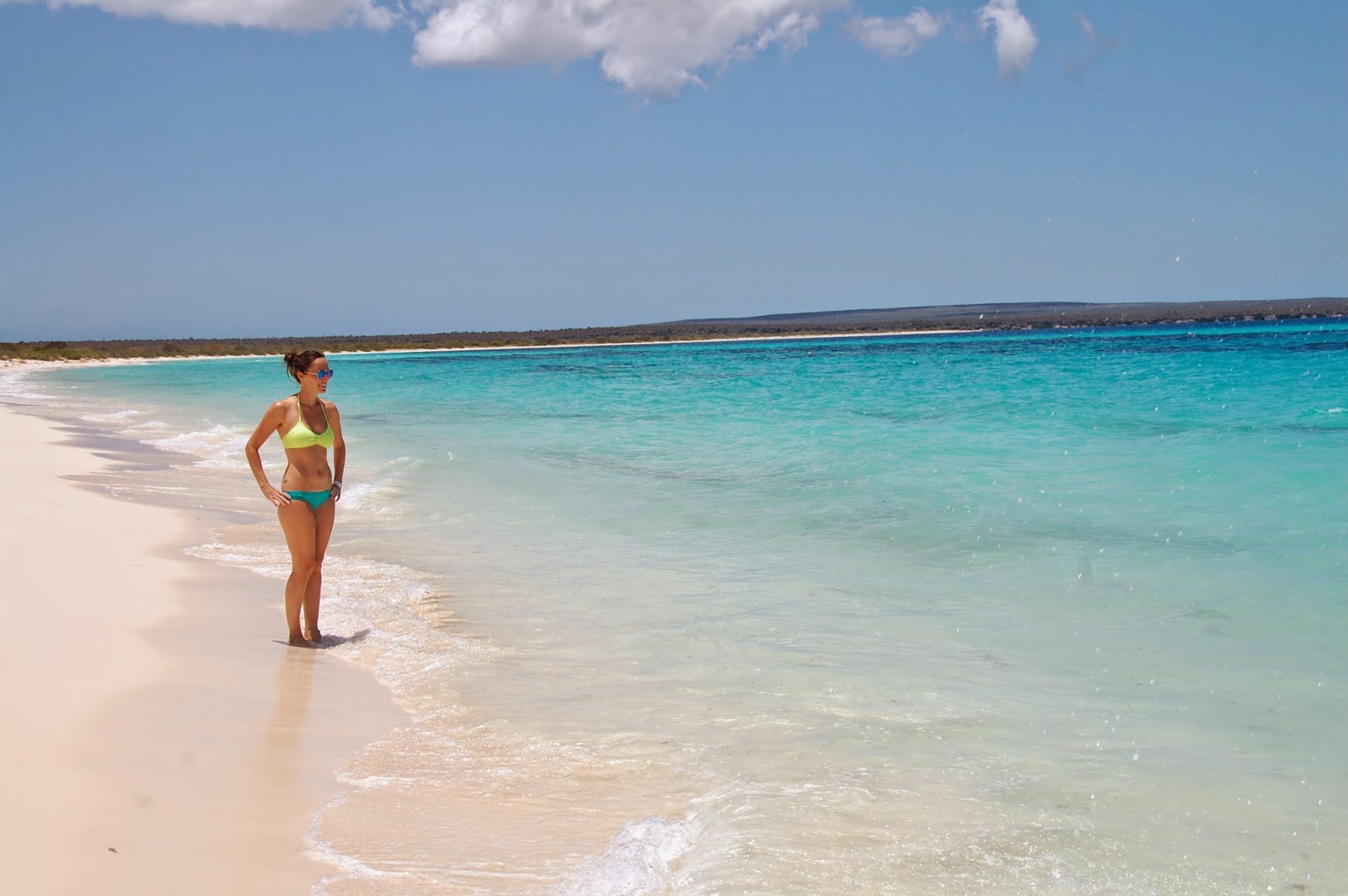 Our next day brought us west to adventure the Lago Enriquillo, known for its flamingos, lizards, and crocs. Unfortunately our pink birdie friends had already migrated to another lake but we got to see plenty of the cold blooded types. As soon as we arrived we started spotting iguanas in the parking lot, which was cool, until they began swarming our car. They were literally coming out of the forest in packs, and scampering straight towards us. I wouldn’t normally think that I would be afraid of an iguana, but when 10 of them, the size of large cats, were headed towards me and our babies, my fight or flight instinct kicked in. I wanted nothing to do with being anywhere closer than 2 feet from them. Under the hot midday sun, in the warmest area of the country, entering the summer season, we boarded a boat to go look for crocs. They were scarce but we did spot a couple, but most impressive was when our guide brought us to see up close a batch of 4 day old croc babies. They were so much smaller than I would’ve expected, and actually pretty cute. Then he took us off the boat to show us the nesting areas of the crocs, and the old egg shells. It was so neat to see these up close, especially since Arias and I just learned about all of this lately. 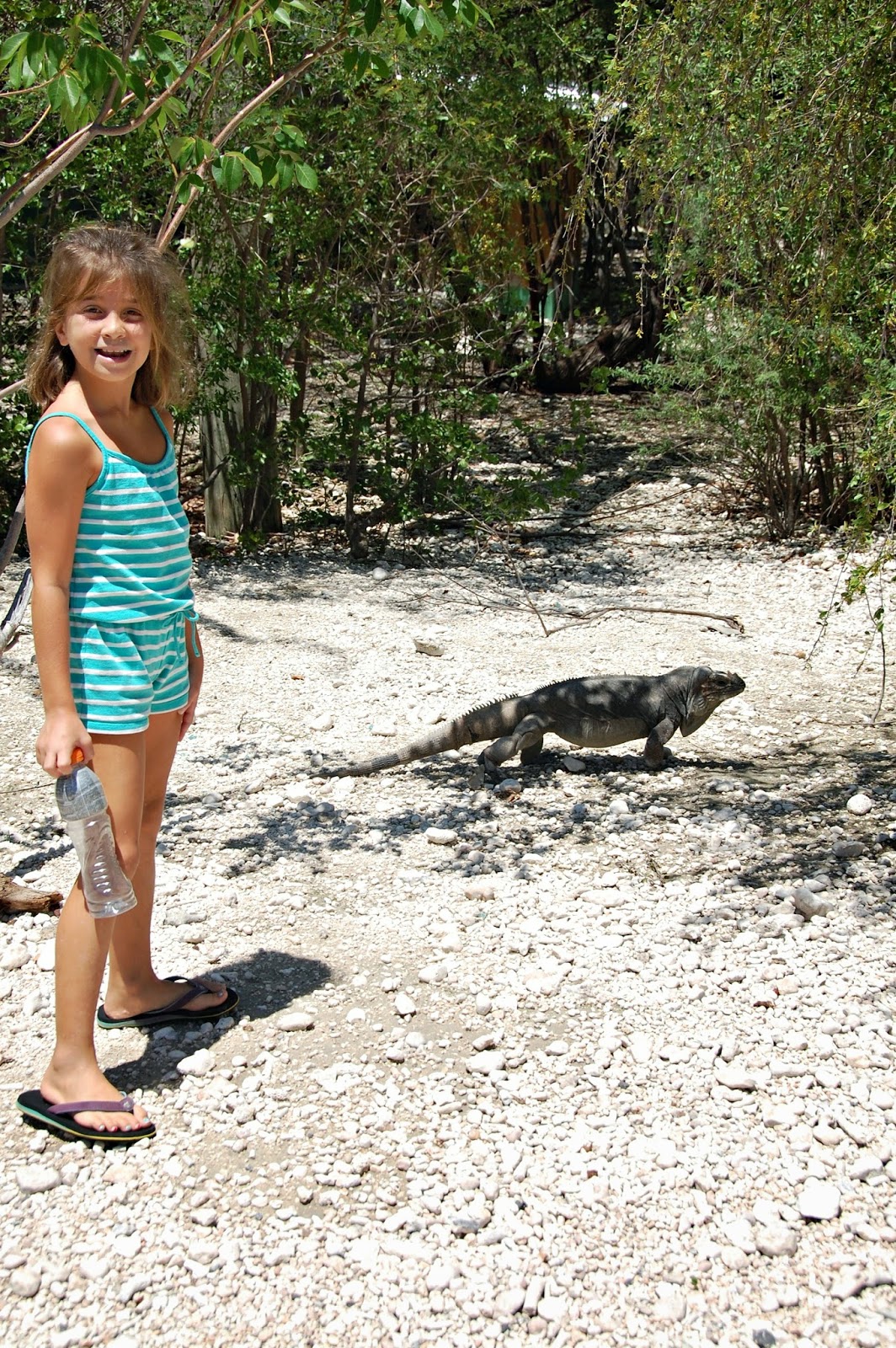 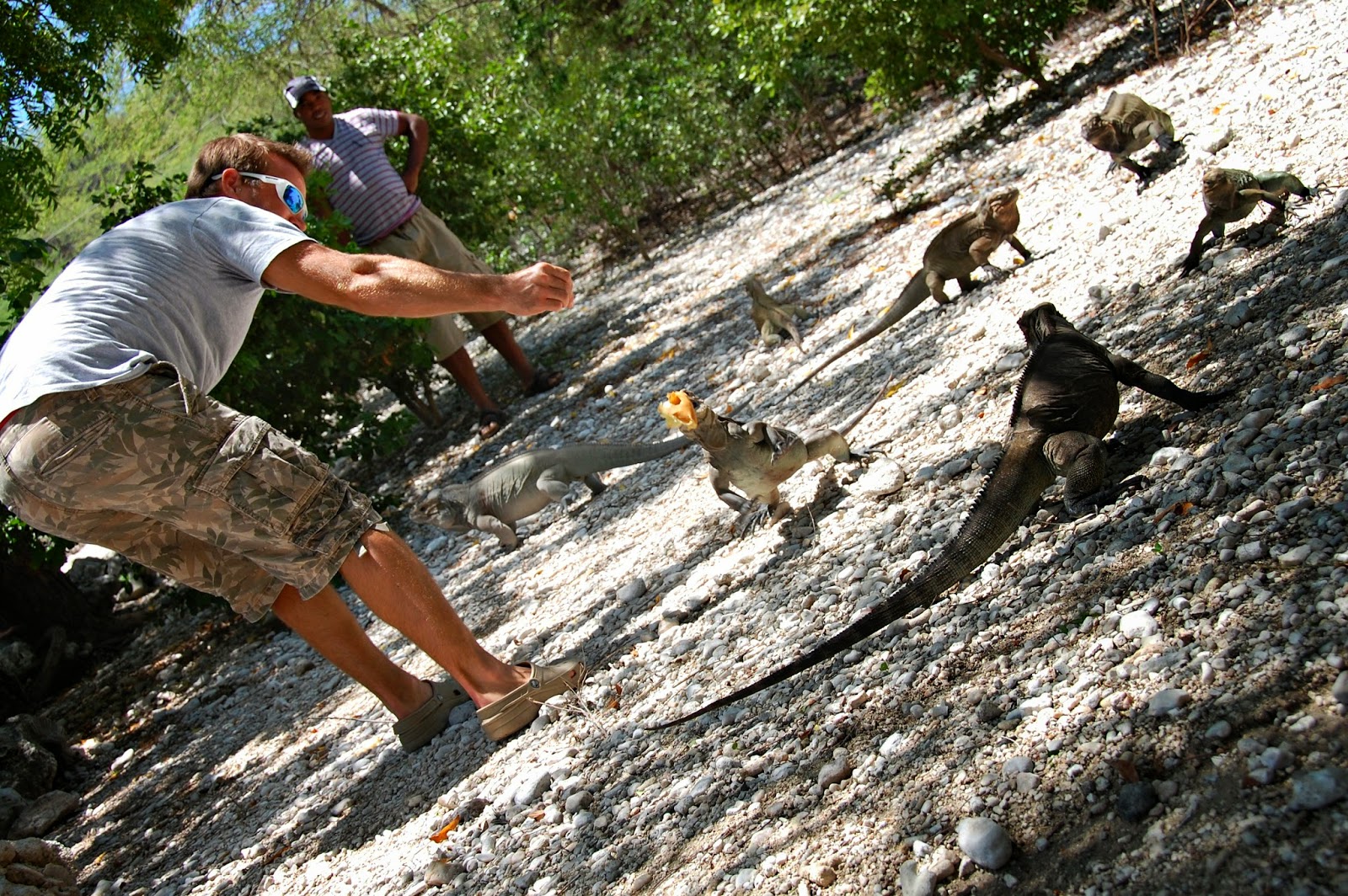 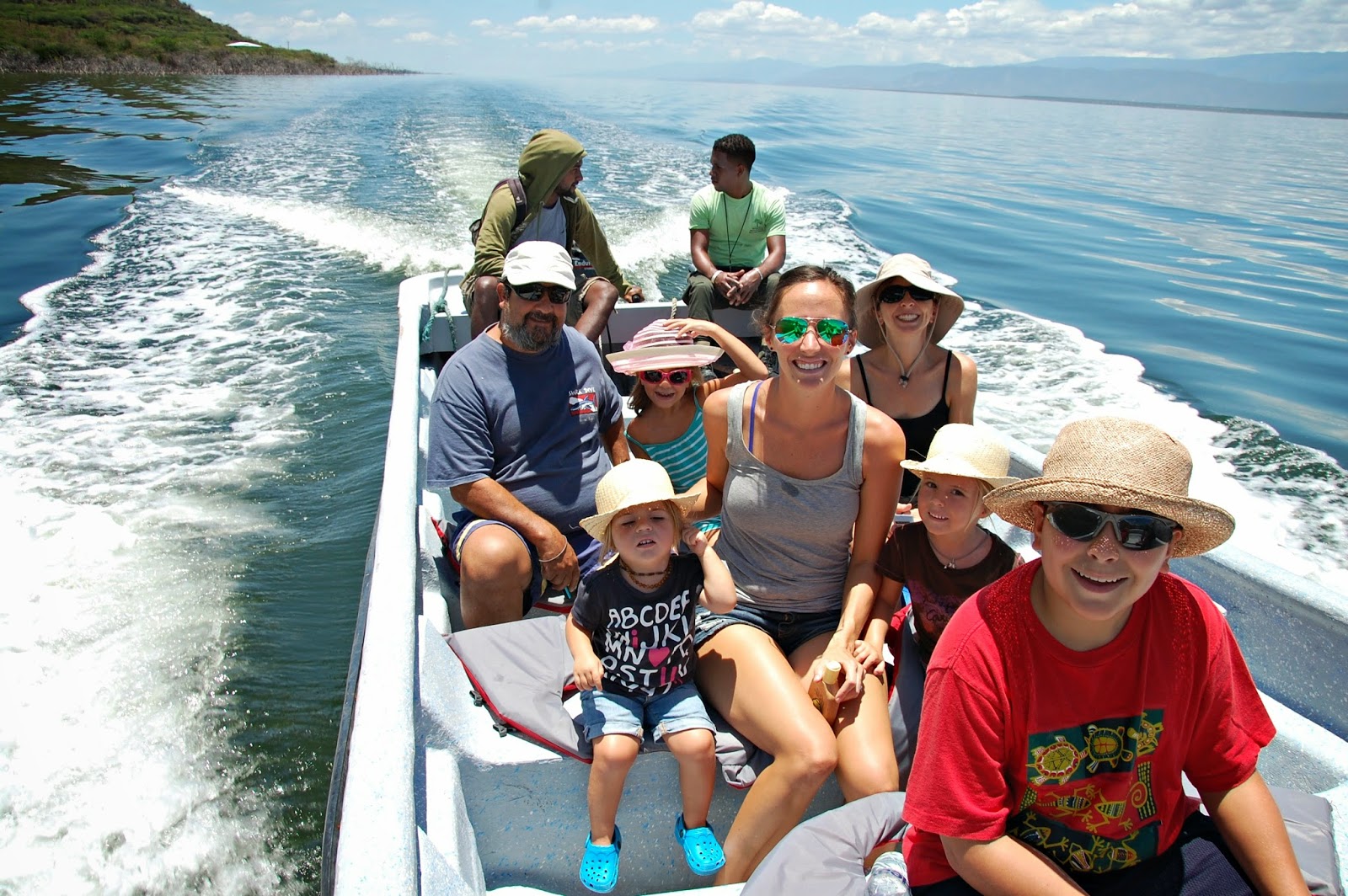 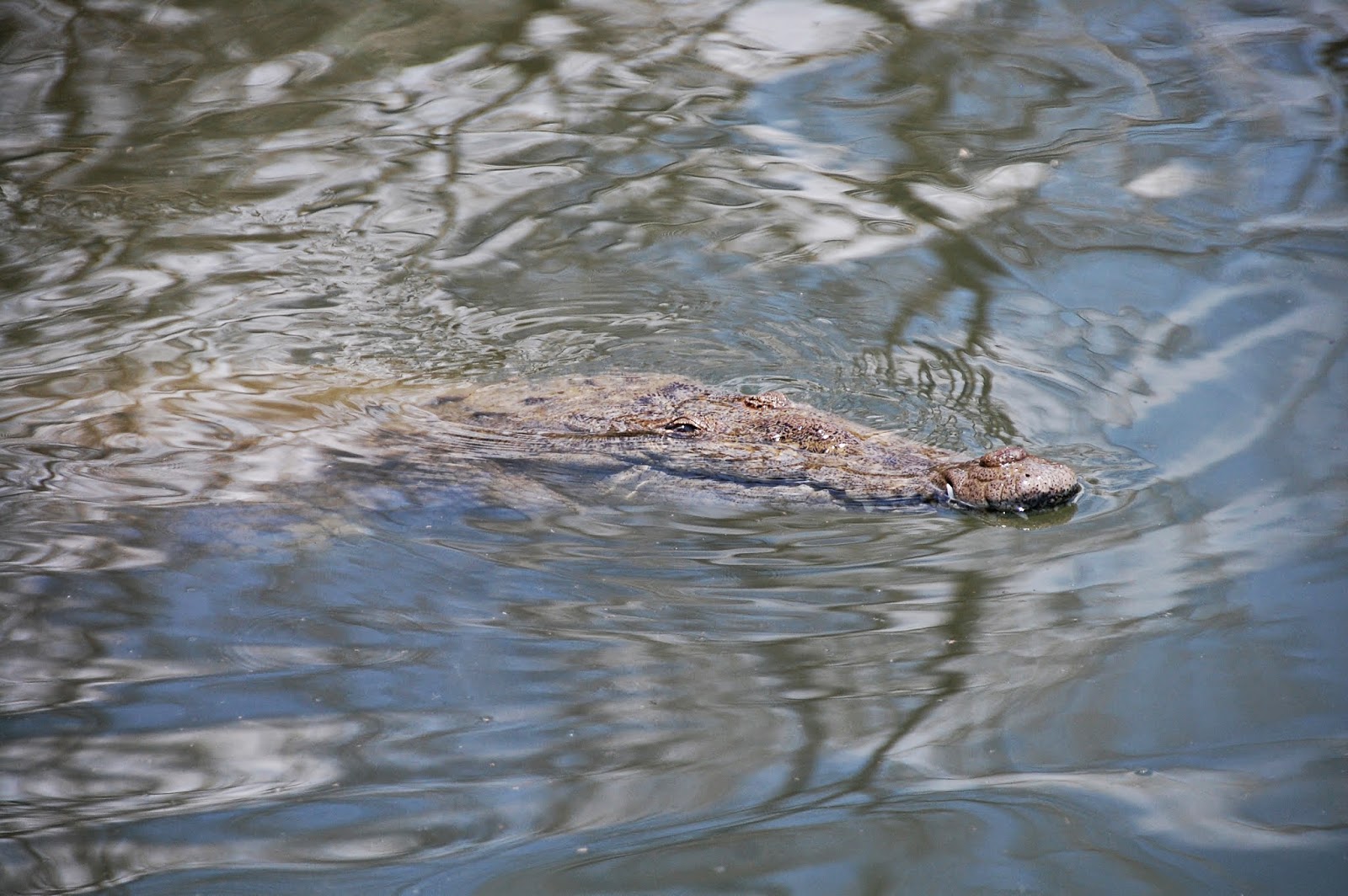 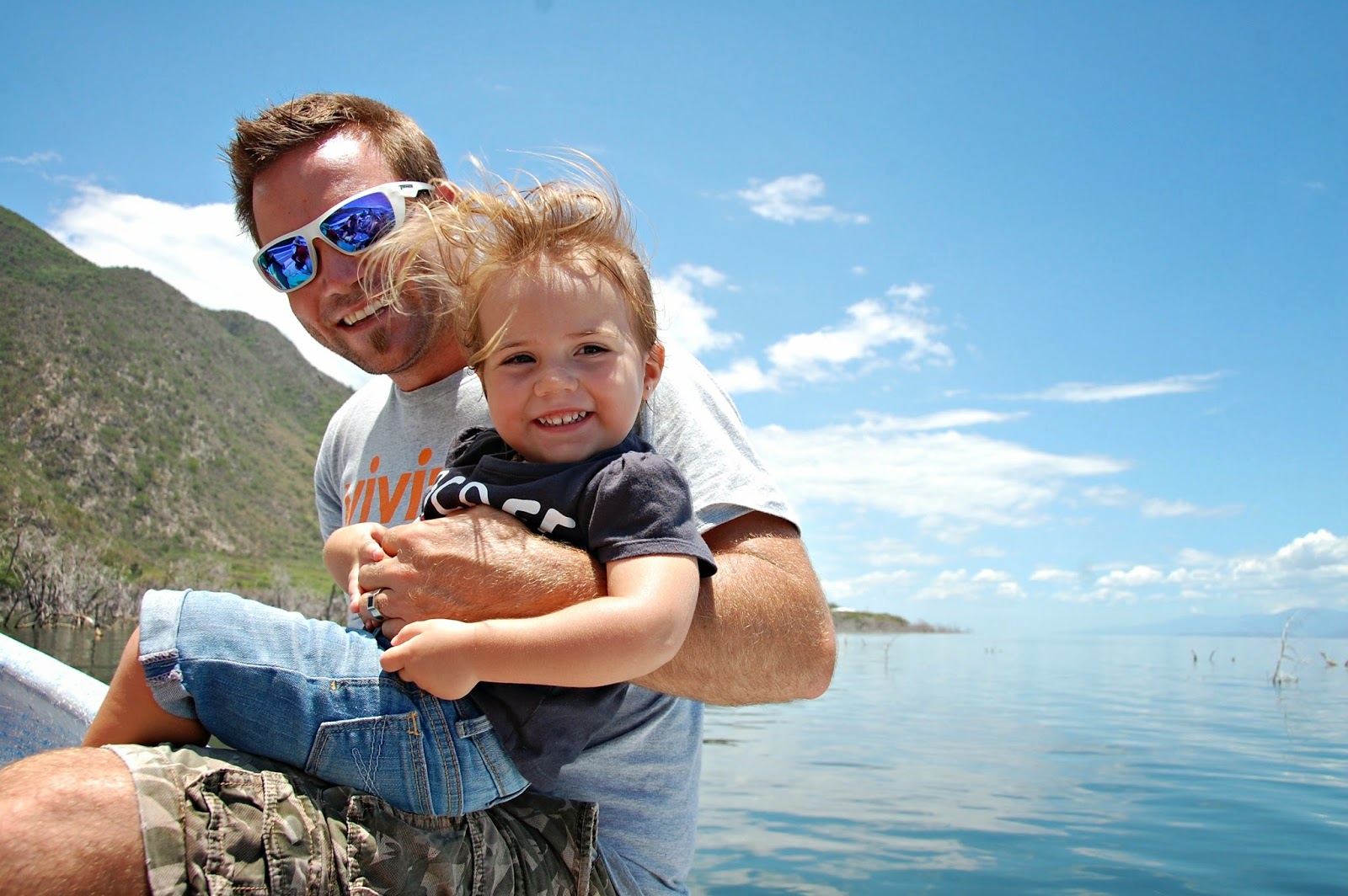 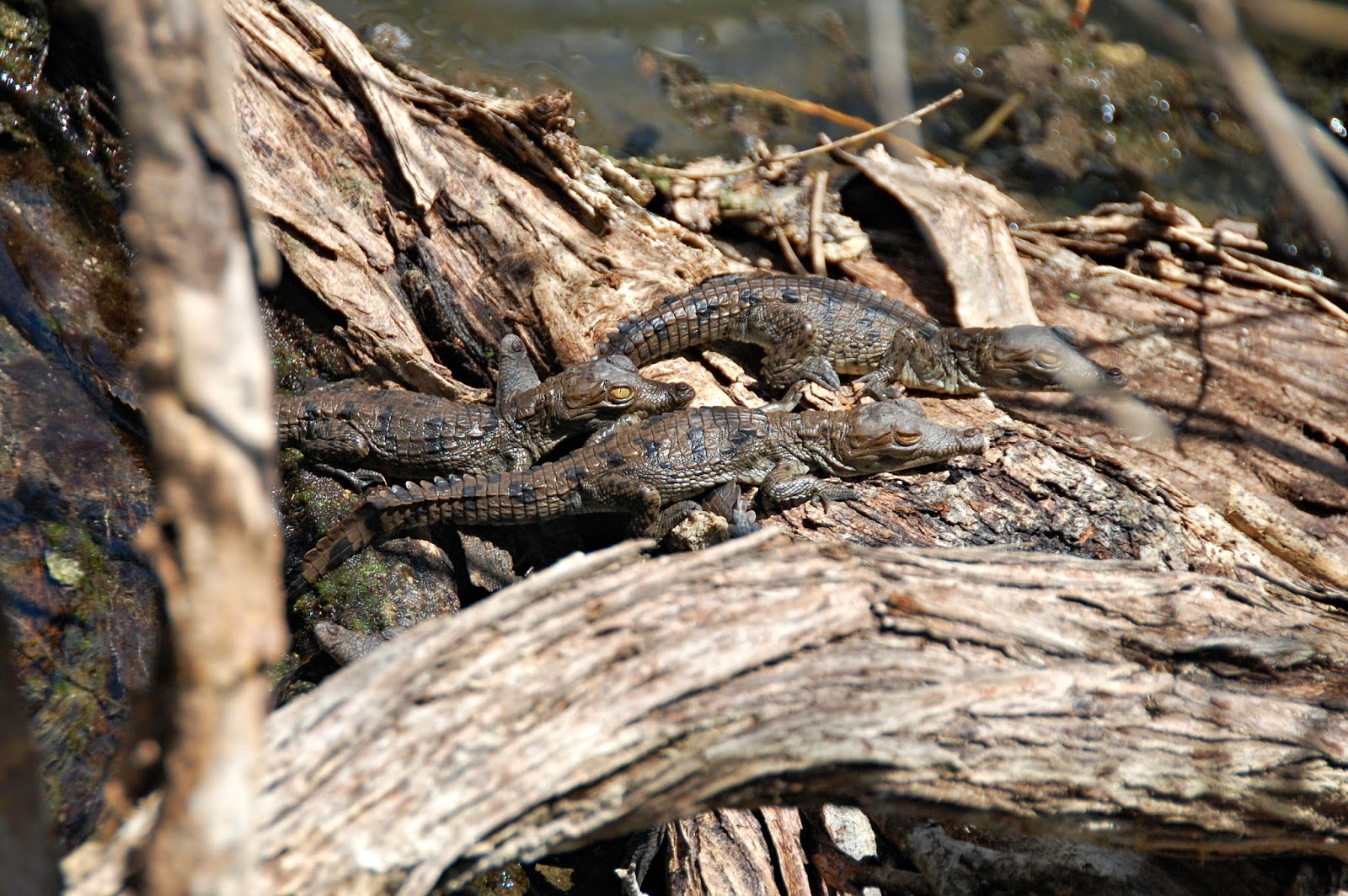 After our excursion, where we all sweat out more water than we could’ve possibly consumed, we backtracked to the town of Neyba where there was another fresh water swimming hole with street vendors selling a huge assortment of deep fried yumminess. We all cooled off, some in the water, some with cold Presidentes, and Eben got his adrenaline fix by following the locals up a tree overhanging the water, and one-upping them by backflipping off of it into the pool below. I even went swimming here, for two reasons, because I had gotten excessively sweaty from the prior excursion, and because Eben looked like he was struggling to swim in the water with both our daughters climbing all over him. So I entered the freezing water for the sake of my family. We ended up in Bani for the night, where after much searching we came to realize that there is only one “hotel”ish establishment, and even that is a sort of lame option. But it was that or sleeping at a Cabana-type room (sexy time room). So we went with the cleaner, but more expensive option.
Today we hit the long road home, back up the highway, through the mountains, and back to our “hometel”. It was nice seeing the smiling faces of the staff here, and to feel like we are back in our home and our things. Another fun road trip and memorable adventure with friends completed.
By It's A Necessity|2021-03-23T09:46:53-04:00May 13th, 2014|Uncategorized|0 Comments