An Update On Ellia’s Sleeping: What Worked

Home/An Update On Ellia’s Sleeping: What Worked
Previous Next

An Update On Ellia’s Sleeping: What Worked 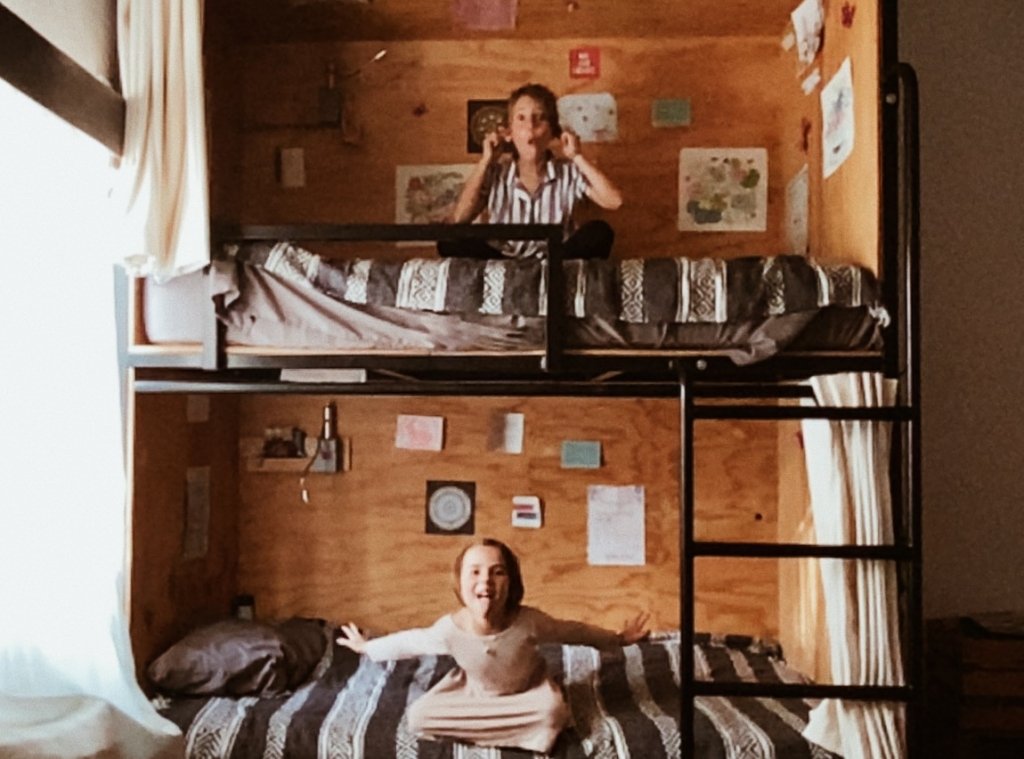 A month and a half ago I post to Facebook and Instagram about Ellia’s sleep problems. The poor girl was up 2-4 times a night in a complete panic. Most of the time she was half asleep through it. Almost every time involved nightmares, tears, and us having to go tuck her back in and console her.

Sleeping problems weren’t new to us, Arias had gone through them too, but Ellia’s seemed so sad and scary that we felt horrible for her.

When we posted about it on our social media we got tons of responses from all of you guys with suggestions on things we could try to help her get a better night’s sleep.

I am happy to say, WE ARE SEEING A HUGE IMPROVEMENT!!!

Now Ellia is only waking up maybe 1-2 times a night and none of those moments are crying or scary episodes. She’s mostly waking up because either her blankets have come off or that she needs to pee. 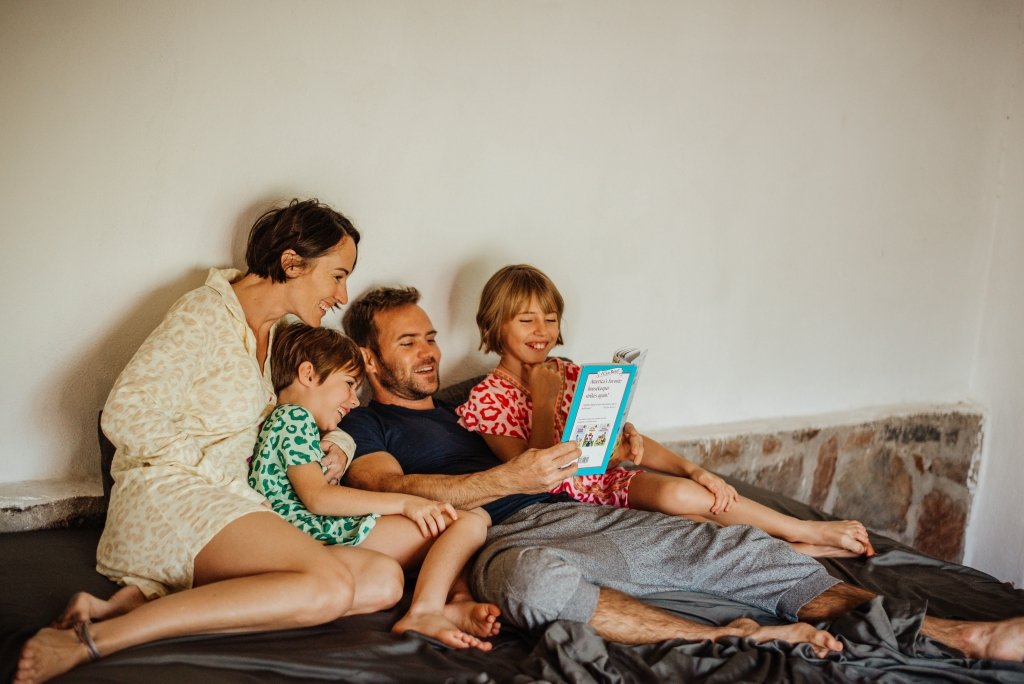 We used to say, “the girls’ bedtime is at 8”. When 8 o’clock would come around we would stop whatever we were doing, have them brush, floss, and head to bed for their hugs and kisses goodnight.

Now, we have an actual bedtime routine. We start at 7:30, the girls brush and floss, and then go into their beds. We alternate which child gets cuddles while the other parent reads a bedtime story. Then we do our hugs and kisses and tuck them in. I think this more drawn out routine gives their bodies more time to relax and get mentally prepped for sleeping, compared to the more abrupt “stop of our activities” that we were doing before.

We never used to leave a light on for the girls, but thought that maybe one of the scary things for Ellia, when she was waking up, was that she would wake from a nightmare and not be able to see/understand where she was.

I have an essential oil diffuser that also has a light option on it. So we have started using that. We put it on a muted red color (easy on the eyes in the dark, learned that from sailing). Initially, we were diffusing oils in there too, but Ellia found the smell to be too strong since the diffuser is right next to her bed. So we stopped doing that.

Once the girls are tucked in and ready to sleep we put on a Sleep Meditation that lasts 20-30 minutes, for them to fall asleep to. We use the Insight Timer app on their Ipads. It’s a free app that I found, that offers a huge selection of meditations, stories, and music. We also use another app called Relax Melodies to play a white noise sound all night long. This is to drown out the street noise (cars, dogs, roosters, neighbours, etc.) that may have been disruptive to their sleep.

Now that it is getting warmer out, we have stopped using the Relax Melodies app for white noise since they have a fan going in their room that makes a lot of white noise in itself.

I found this Pinterest post about how to make DIY essential oil pouches to put in the girls’ beds. It involved soaking flax seeds in essential oils overnight, and Eben sewing little cloth pouches to put it in. It worked for all of 24hrs, and then the pouches lost all their smell. This didn’t work, but it didn’t seem to change anything about the Ellia’s sleep, so I didn’t attempt to re-make them.

THE BIGGEST CHANGE: THE WEIGHTED BLANKET!!!

We are attributing most of Ellia’s better sleeps to this weighted blanket. I bought a pretty standard one on Amazon, not looking for super expensive because we didn’t know how she would take to it. But we’re happy to see that she loves it.

We call it her “Magic Blanket”. I think the extra weight of it has a calming effect on her and keeps her from moving around in bed so much. Like I mentioned, one of the reasons she seems to wake up now is if she has ended up without her blanket on, which we just tuck her back in and she goes right back to sleep. I am slightly jealous of this blanket and sort of want one for myself now!

If you are going to get one, make sure to get the right weight. **Blanket weight should be approximately 7-12% of your body weight.**

We’re so happy to be seeing an improvement in her sleep. 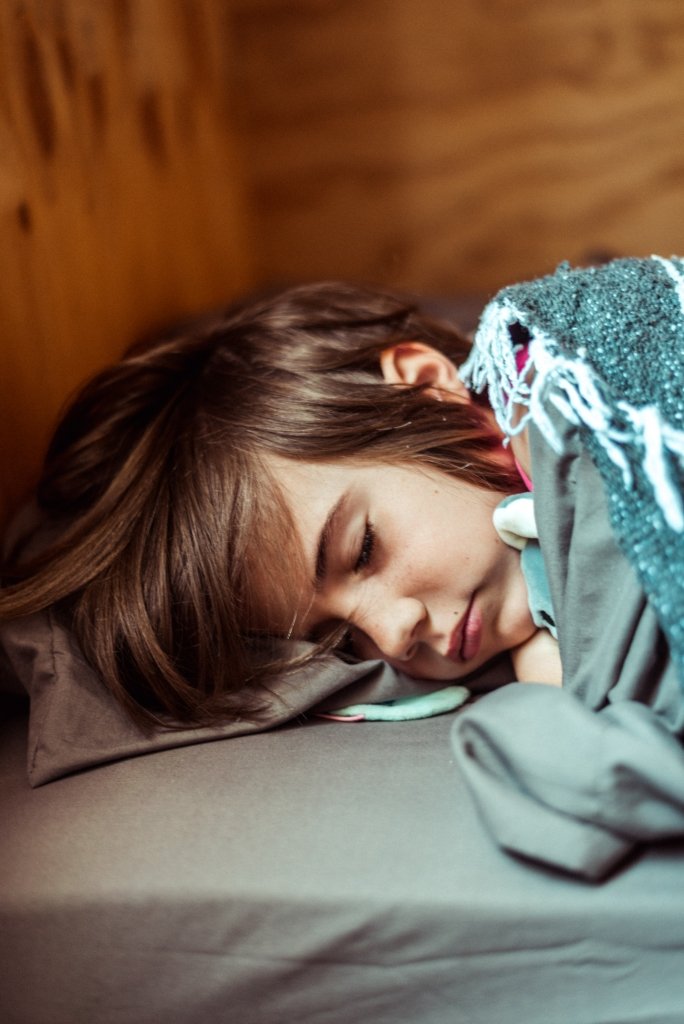