Why We Moved In Before Our House Was Finished

Why We Moved In Before Our House Was Finished 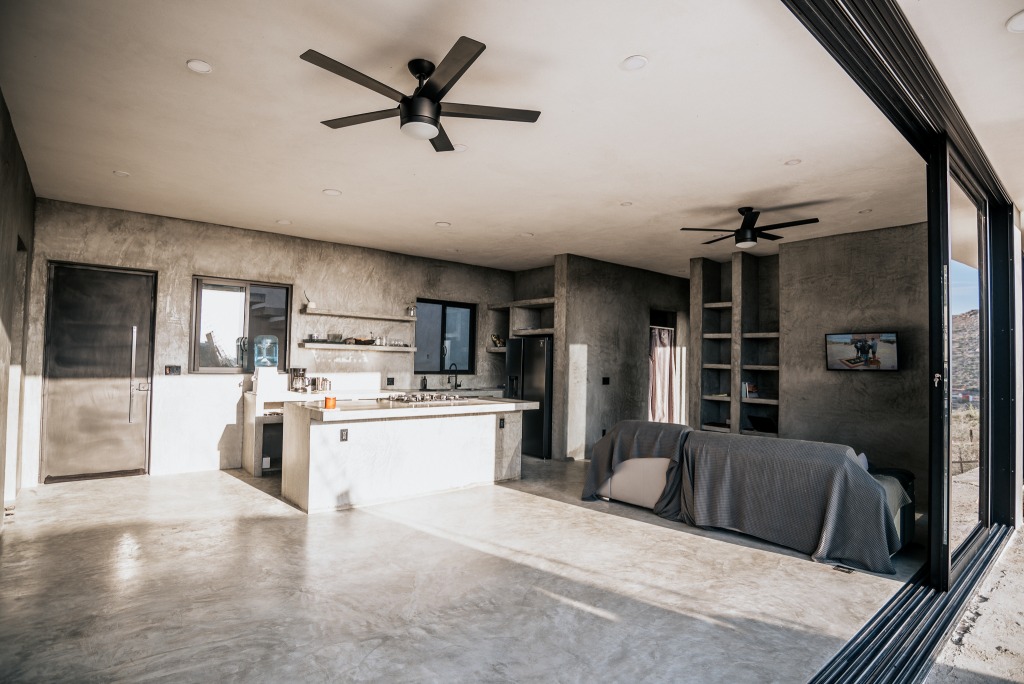 If you haven’t heard it yet, WE’VE MOVED INTO OUR (unfinished) HOUSE! And we are loving it. It’s not quite finished yet. There will be many projects for a while still, but we made the move anyways. Some are asking, why? Why rough it? Why make the move before the windows had been installed?

There were several factors that came into play. Eben and I had lots of talks, checking in with each other as the end of June approached. What it came down to, we were going to move into the house by July 1st. 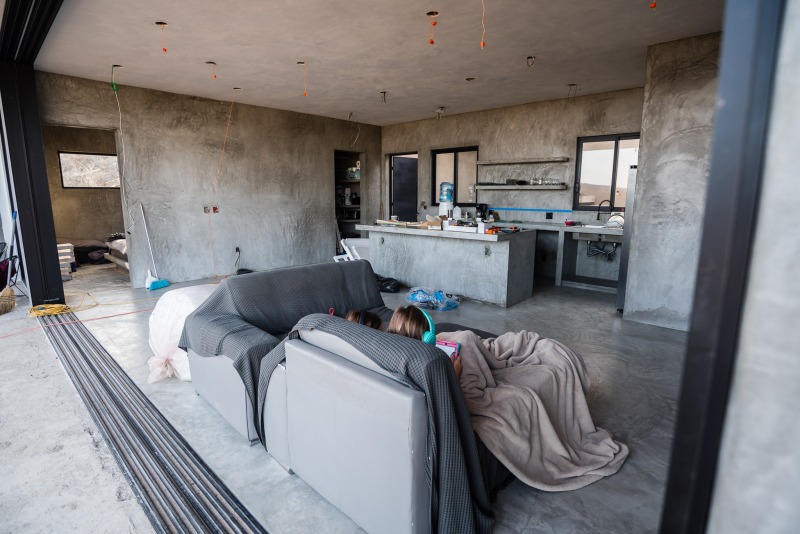 No Windows. No Problem.

A week before we were going to move in we got a late-night call from the company making our windows. There was a shortage of glass from their suppliers in Mazatlan, and they would not be able to install our large front windows before the end of the month. This made both Eben and I pause.

What do we do?

All the other windows had been installed. Just the 4 huge sliding glass doors that enclose our living room/dining room/kitchen area were missing. We decided to keep on going with the plan.

We moved it and the lack of windows was not an issue. There were moths at night when we’d turn on the lights, we all got some mosquito bites, and it was always breezy, but those aren’t real problems. It was totally ok. We slept 4 nights that way. Breezy but happy. 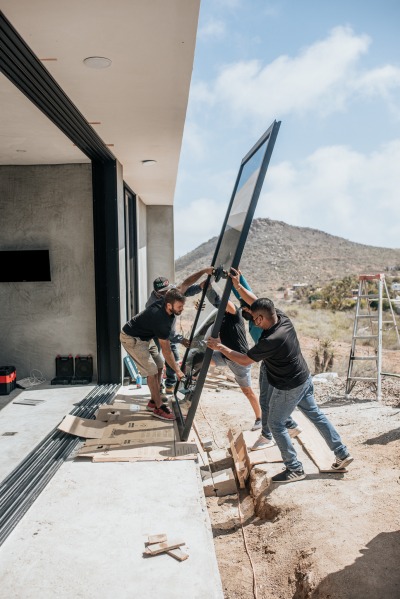 The State Of The House When We Moved In

When we moved in we had no sinks, no faucets, no showers, no toilets, no stove. But we did have two bedrooms, and that’s all we needed. We had one last cold shower in our rental before leaving. We used a bucket for a toilet our first night. And we ate take-out.

By day two Eben had fully installed the toilet, faucet, and shower in the one bathroom. We were good. We didn’t get hot water until day 3, but no big deal.

We continued eating sandwiches for lunches and take-out for supper until day 4.

Then came propane. Which means hot showers and a working stove. Life got exciting! Eben and one of our contractors Roberto, worked long hours getting all the electrical and fans installed.

And then the WINDOWS!!! 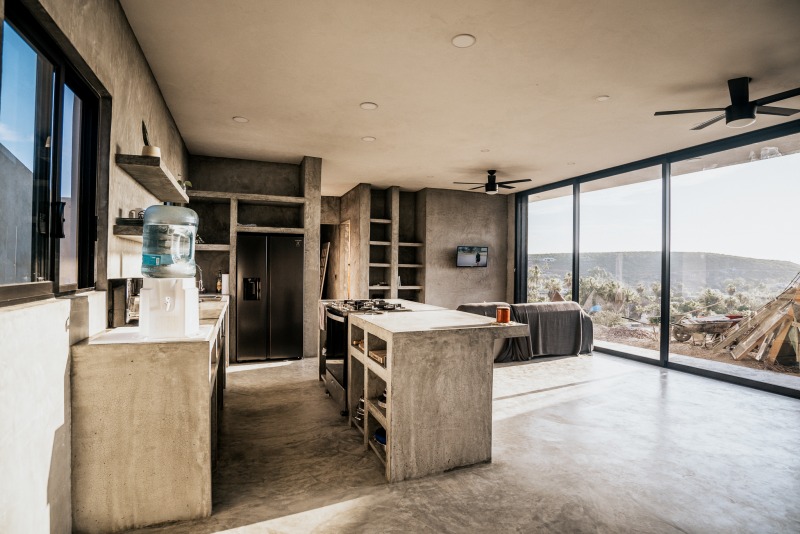 As I sealed the concrete in the house (section by section because the whole house is concrete!) and unpacked boxes, Eben worked non-stop at ALL the other projects. Electrical (outlets and lights), plumbing (faucets, fixing leaks, hot water heater), setting up the master bathroom (until 11:30 pm last night), installing our tv, and hooking up our internet. He pulled late nights and early mornings right up until the day he had to fly out, which was the day after the windows were installed.

He was everywhere at once. Doing it all. 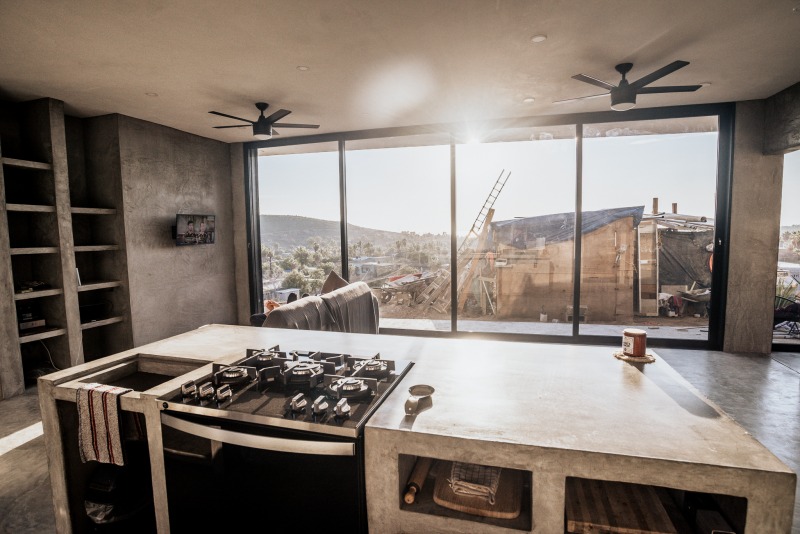 As you can guess, it feels SO good being in here. Minus the fact that I caught a cold, I’m guessing Ellia gave me her sniffles, add to that the stress of packing/moving/unpacking, and we were living without windows, it was a pretty good recipe for me to get congested! But that has passed and I’m all good now.

We are just so in awe of our house. We love it. We’re so happy. We sit there in the evenings, staring at it, in total amazement that we have made this happen, that we own this house. 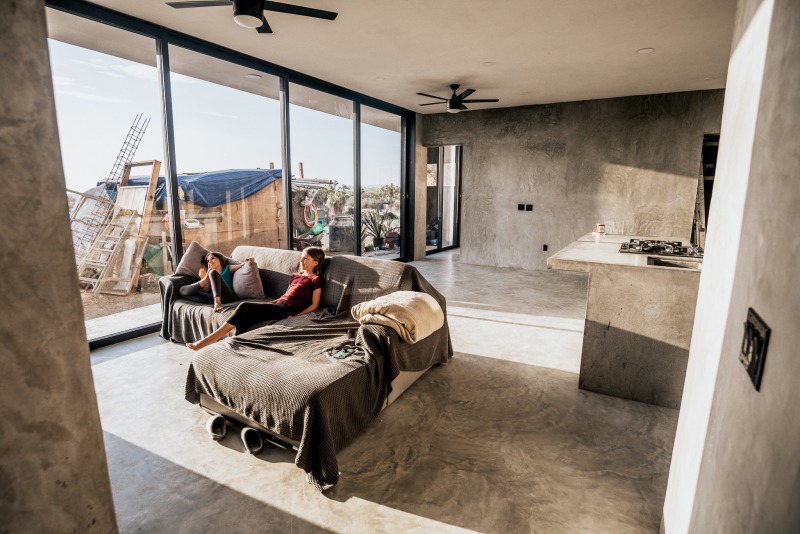