Living In The Clutter: How We Live To Make Our Dreams Come True

Home/Living In The Clutter: How We Live To Make Our Dreams Come True
Previous Next

Living In The Clutter: How We Live To Make Our Dreams Come True 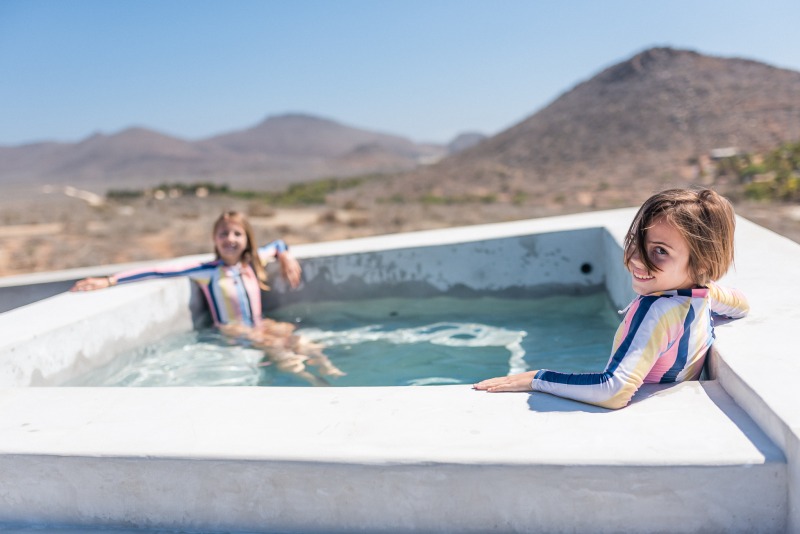 Yes, living in Todos Santos is dreamy. Yes, our house build is moving along well. On social media, this may all seem easy peasy. Well…let me pull back the curtain a little and show you one of the “sacrifices” we make to be able to live the life we do, the way that we want to. These are not the pictures you see on social media. Why not? Because who wants to see pictures of our messy house?! But Eben thought it may be eye-opening for some.

How We Do What We Do 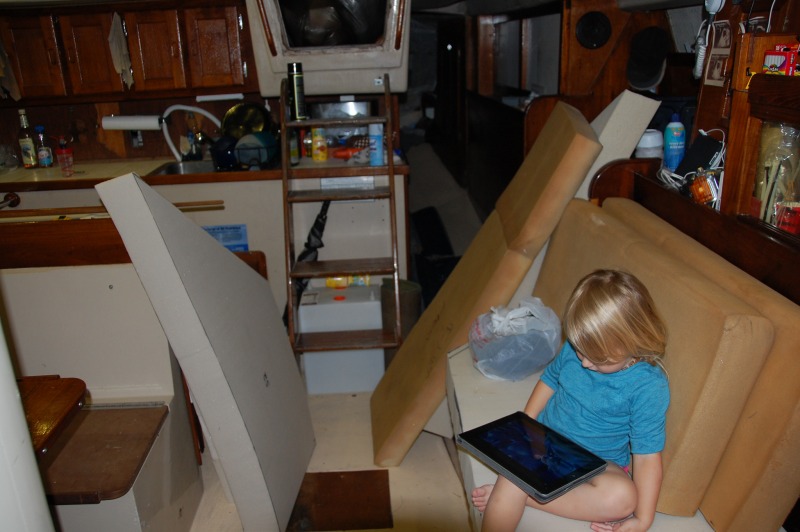 Eben rebuilt this entire boat. From the engine to the cushions.

When we bought our sailboat we bought one in need of a lot of love. That was the only way we could afford a sailboat that size! The boat, prior to being our Necesse, had been holed and beached in a storm. The previous owner had fixed the hole and sold her to us as-is.

The next 7 years were spent fixing her up and getting her to a comfortable liveaboard state. We lived amongst tools, materials, and spare parts. Eben learned how to fix everything himself (thanks to Youtube and salty sailors) and he did it all. Because we didn’t have a bank account brimming with cash, that’s the way we had to do it, and we did. 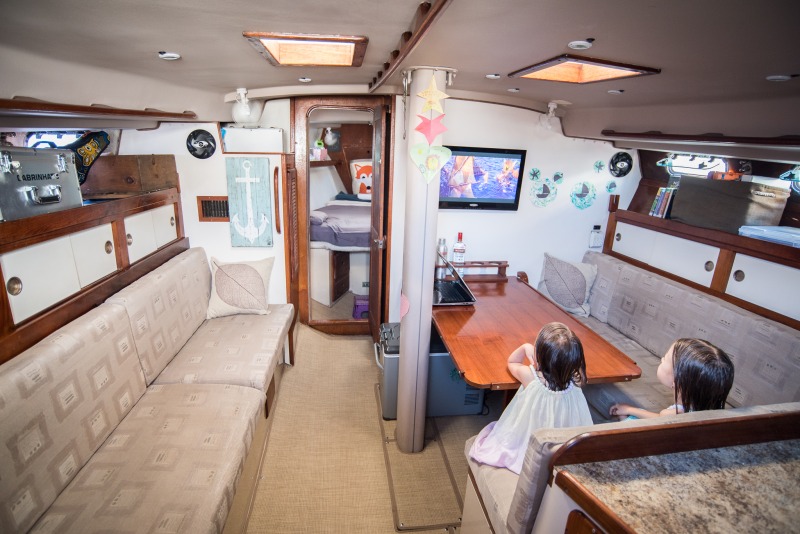 When Necesse was finally fully comfortable, we changed our plans, sold her, and moved to Mexico! 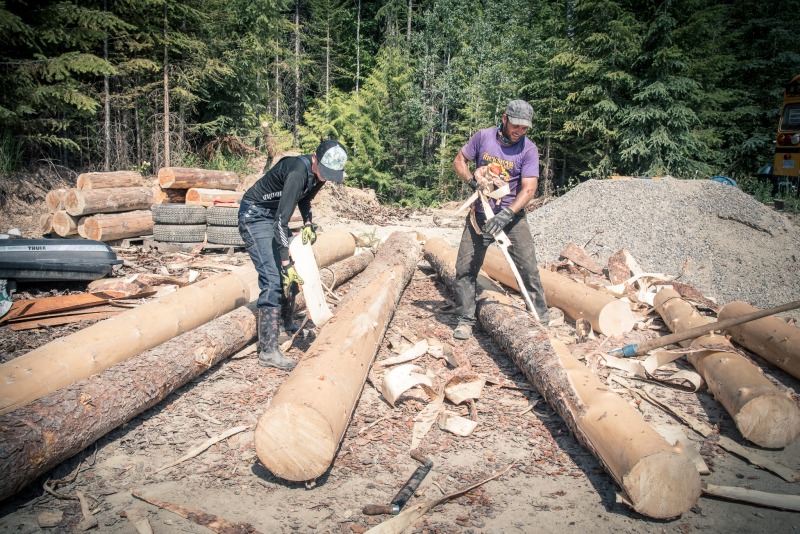 We bought 1 acre of land on the 72 acres Eben’s family owns. We bought a cheap but functional trailer on Kijiji (like Canadian craigslist). And we set to work clearing the land ourselves. We spent an entire summer falling trees, removing the bark, drying them, digging out the rocky land, and setting up the columns for a house there.

I’m sure many would consider the way we were living to be “roughing it”. But we were comfortable and pursuing another “dream”.

Again, we were surrounded by tools, materials, and investing our time into physically “doing it ourselves”. 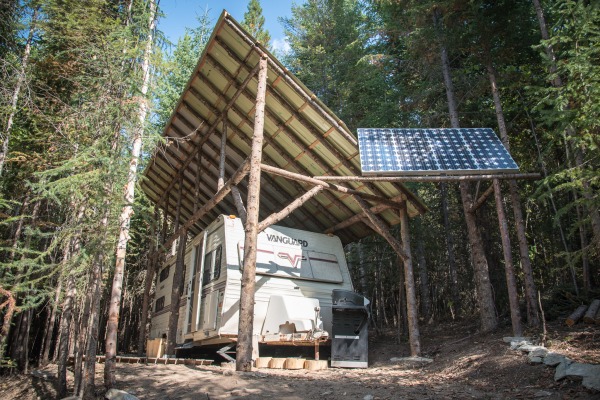 Our trailer/home in Golden, BC.

Before you ask, no this project never got completed. Plans change. We moved to Mexico and the BC property was put on the back-burner. Maybe we’ll get back around to it someday. But for now, Mexico is the priority. 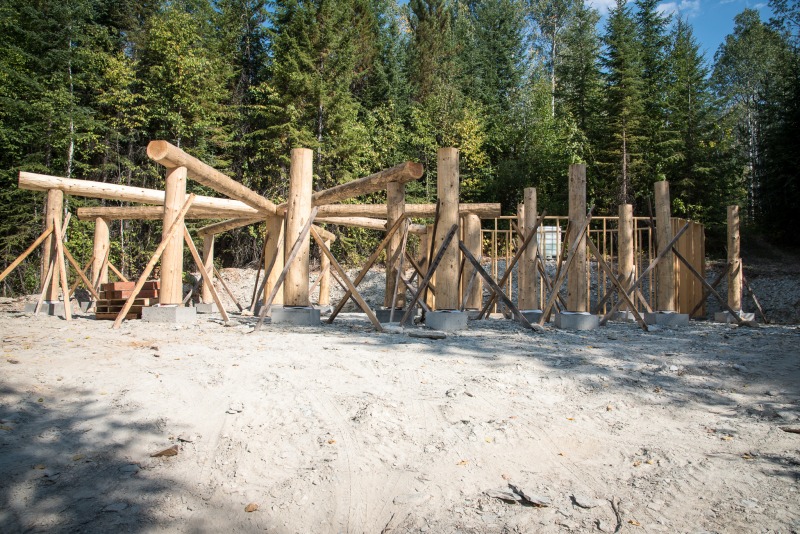 The House in Todos Santos 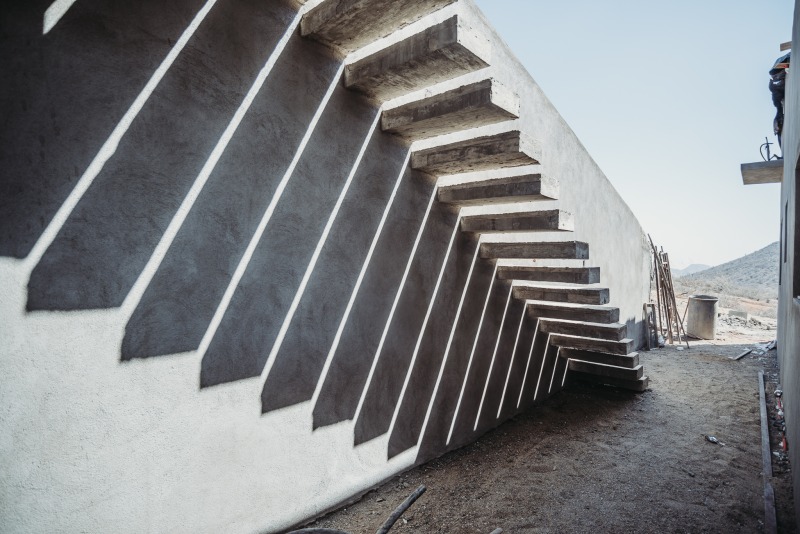 We spent a year and a half looking for our property. So many days were spent scouting out places and talking with locals to see if they knew “who owns this land”. We put in the time because we couldn’t afford to take the “easier” route of going with a realtor. We cut out the middle man.

Then it came to building. Although I’m sure it would’ve been easier and less stressful to hire a fully formed contracting team, give them our plans, and say “get to it”, again, we have the time, not the money. We sought out a local contractor, he put together a team of locals, Eben being a part of that team, and they went to it. 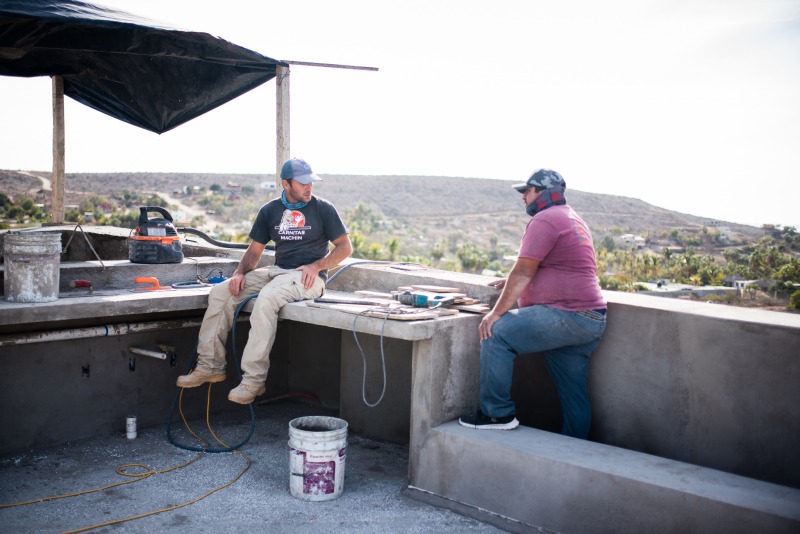 Eben and the lead contractor Antonio.

Although we are building a few blocks away from where we are currently living (the rental we have been in for the last 3 years), we are still surrounded by tools and materials. Because, when building a house out of concrete, exact dimensions need to be known ahead of time. We had to purchase many things for the build that were not ready to be installed, but dimensions were needed.

What we’re currently living in: 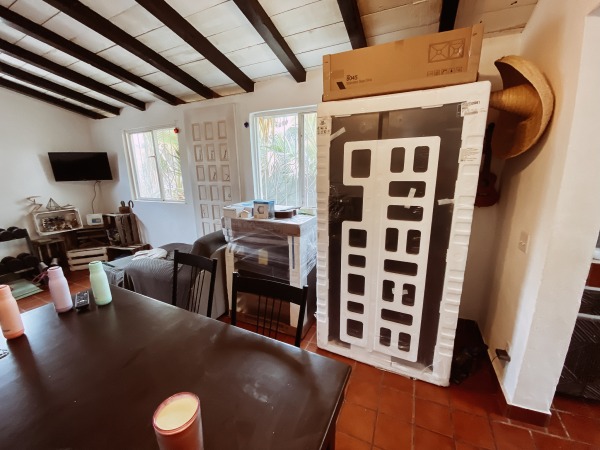 The sink, fridge, and stove for OUR house are currently sitting in the living room of our rental. Our hallway has LED lights stacked along the floor. We have a spare couch, half of it in our rental’s living room, the other half in the girls’ room. Behind that couch in the girls’ room are the faucets, more lights, and drains. Under our bed in our room sit two column-showers in their boxes. And against our wall we have two toilets, waiting to be installed at the site. This doesn’t even include what’s in our “guest room” which is now a storage room. Or all the foam leftovers from jobs Eben has done, which we are holding onto to make out own couches.

ps. Not all of the links above go to the exact items we bought, since I bought most of ours on MercadoLibre (like amazon but in MX), but I did my best to find the closest items that are on amazon.com so you can get a sneak peek at all the things we chose! 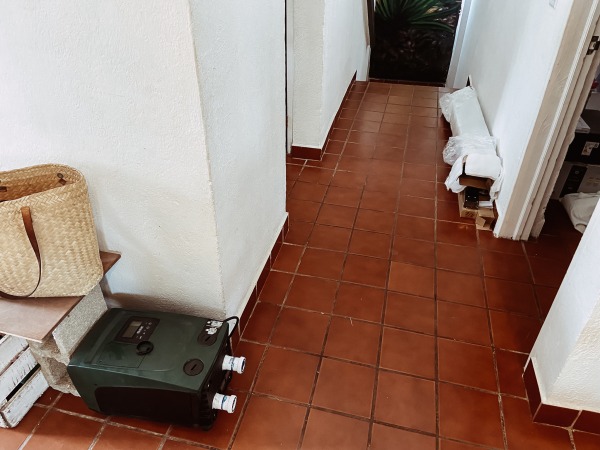 Living In The Clutter 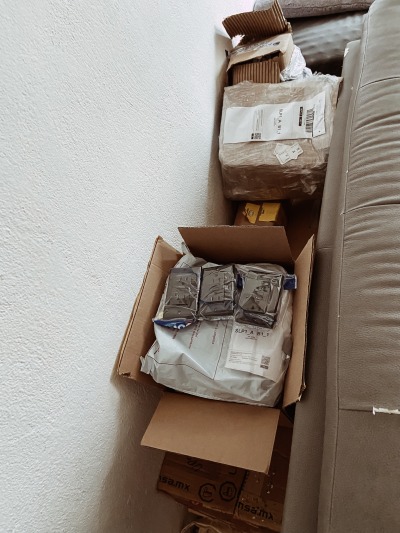 So many outlets and LED lights waiting to be installed, currently hiding behind the 2nd half of the couch, in the girls’ room.

Some may see it as clutter. Some may say, “I could never live like that”. And that’s probably true. It’s not for everyone. But for us, it’s how it works, and it’s how we manage to make our adventures come true. We live in the clutter. We see ourselves as fortunate. Because it is a privilege to have a brand new fridge and stove, and so many other things, sitting in our rental waiting to be installed in the house we are building. Eben is at the house all day every day, getting his hands VERY dirty. He is putting in his time and so much effort. And in the end, we will have our house, debt-free.

Behind the pictures of this house that we are building in Mexico are sacrifices, but we are very happy to be making them because they are getting us closer to our dream here. 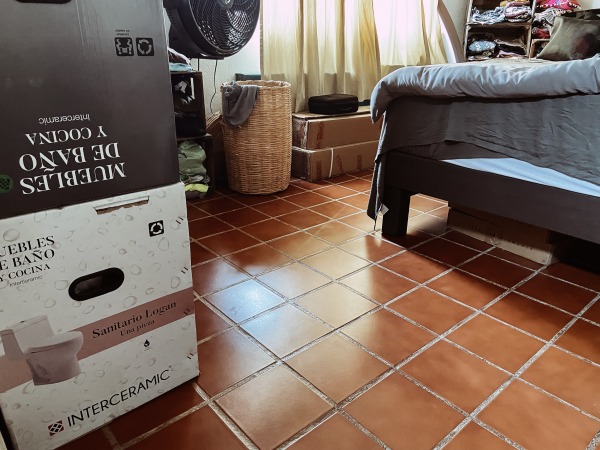 Toilets on the left, showers straight ahead (with foam hiding behind the curtains), and who knows what else under the bed!