Home/Aliens in Sosua
Previous Next 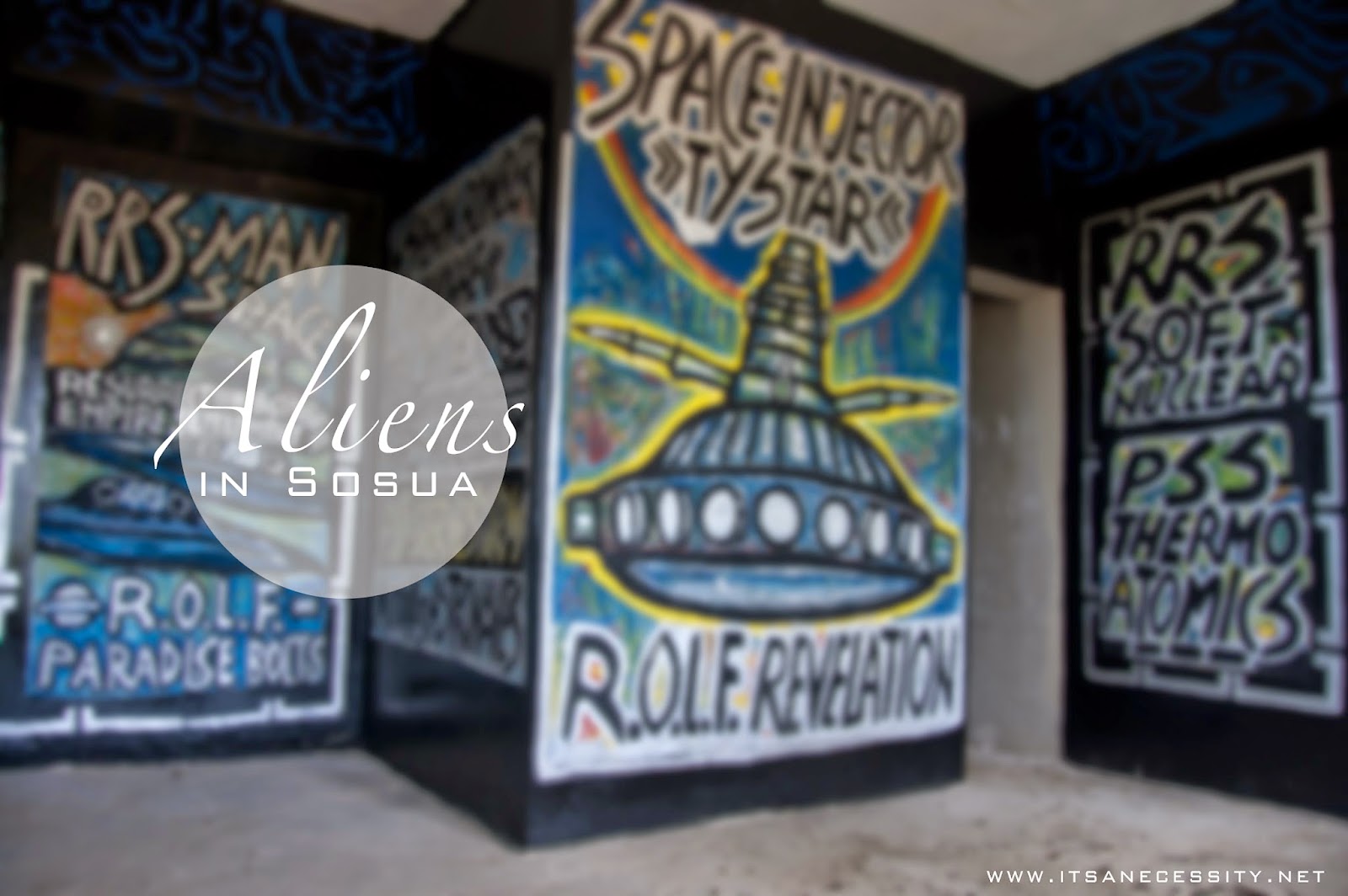 I am a strong believer in “to each their own” as long as they are not harming anyone else, and I am also always open to listening to what some’s “own” may be. Our experience at the Castillo Mundo King in Sosua was interesting for this very reason, hearing Rolf’s, the owner’s, view of the world.

Sosua is a little limited on touristy things to do, outside of some serious people watching, going to the beach, or hitting up one of the many restaurants down the main strip. So when we were told about the “museum” we absolutely wanted to see it for ourselves. But we were advised not to bring our girls. And I am absolutely 100% happy we didn’t because there are “things of nightmares” in there.

When we first arrived at the museum the doors were wide open but there was no one anywhere. We meandered around the first floor randomly yelling out “Hello?” to see if anyone was hiding on one of the upper levels, but no response. We nervously walked around, wondering if someone would jump out of the shadows at us and ask us what we are doing there or tell us we were trespassing. We didn’t dare go up or down a level, given that the lower levels were called things like “The Crypt” and many of the statues look like sacrificial voodoo weirdness. Finally we found a phone number on a wall, called it, and half an hour later we were greeted by a local who offered to give us the tour if we paid the entrance fee. We hesitated a bit, because this could be any guy, “willing” to take our money! But after a few minutes of starring at each other we decided “what the heck”, gave him the $7 each and let him show us around the place. Ends up he works for the owner, as the caretaker of the museum.

It was nice having him with us, to guiding us through the many twists and turns of this building. Around every corner and in each dark nook there were statues of creatures of the dark. Scary looking things. We asked and found out they have nothing to do with voodoo or sacrifice, but rather, all these creatures, paintings, space ships and statues of things that Rolf had dreamt of and paid someone to recreate. After seeing these things I knew I would never want to be inside this guys head. It is scary in there. At the end of the tour we were greeted by Rolf himself.

Rolf is an older fellow, an engineer, who moved to Sosua from Germany, because, in his words, “there are no rules here, you can build whatever you want!” Talking with him it was easy to see that he has his head on straight, he is able to hold a normal conversation and makes good points, but some of his beliefs are a bit out there. Rolf believes that aliens come to Sosua regularly and visit him. He explains their presence by the “light angels” he sees in the sky or in pictures. These light angels are what the rest of us would call sun flares, those spots or lines you see bursting out of the sun in pictures or when you look directly at the sun. What we describe as flares or sun energy, he calls light angels. Ok. That’s acceptable. This is where my ‘to each his own’ belief came in. He went on to explain that the aliens had left him a gift, a bouncing bead that has energy trapped inside of it, and they had also cut 3 spots on his arm and had injected him with a serum that is making him go crazy.

The museum was definitely something worth seeing, and talking with Rolf completed the experience, helping us associate the space ships and horrific statues with their creator. If ever you find yourself in Sosua, Dominican Republic, this place is worth the $7 stop, if not for the museum experience then for the view from his 7th storey balcony. 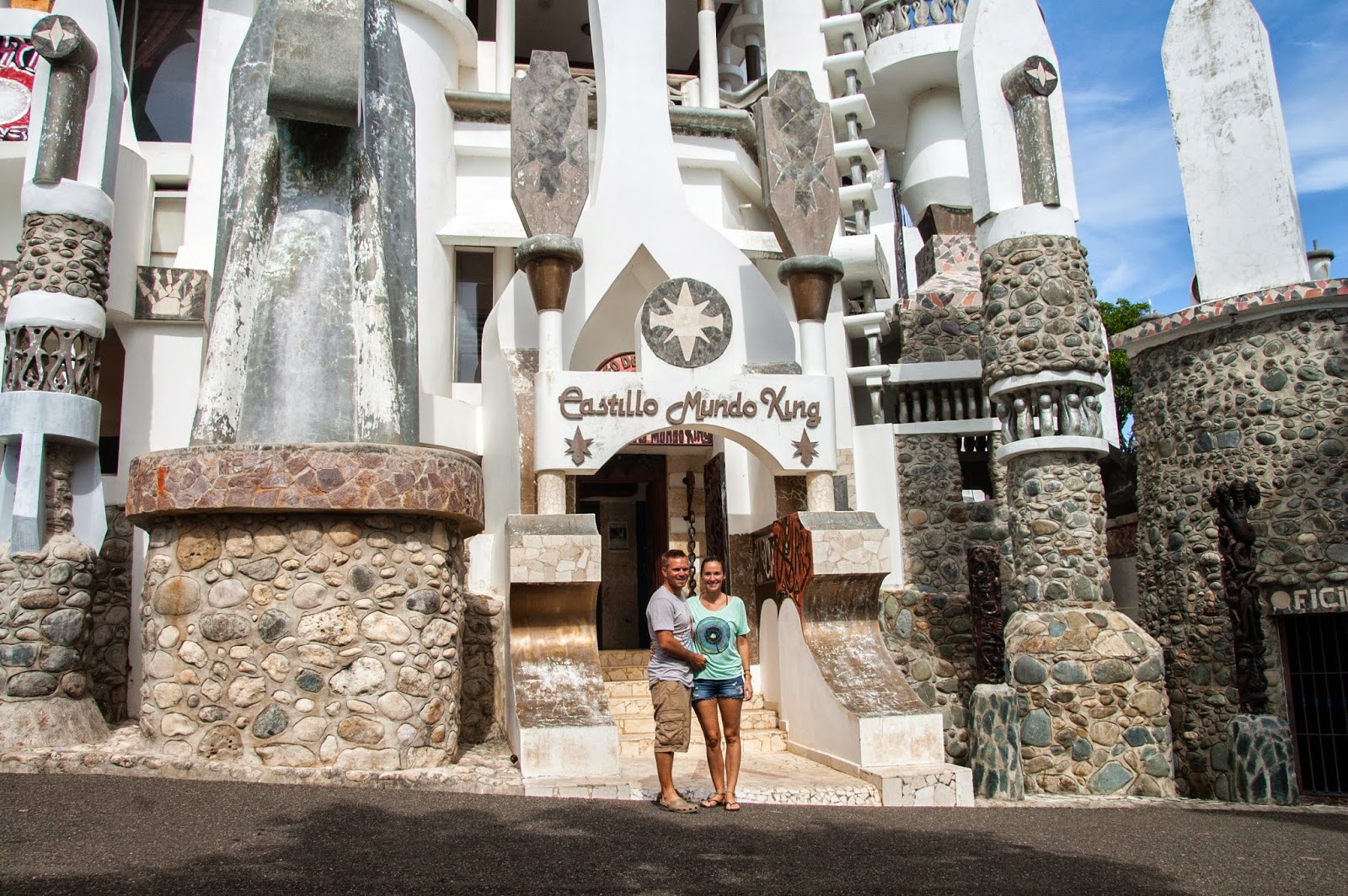 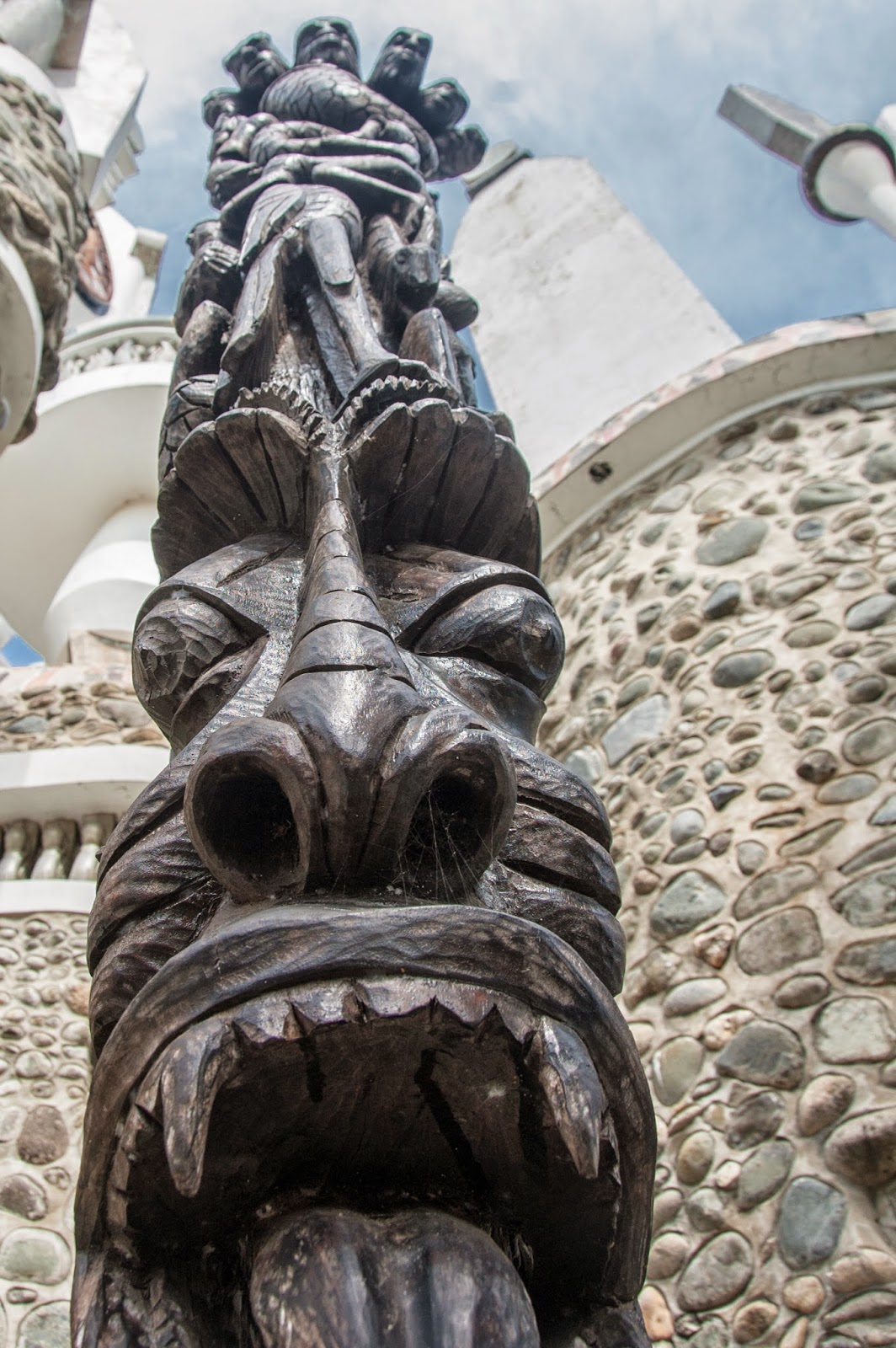 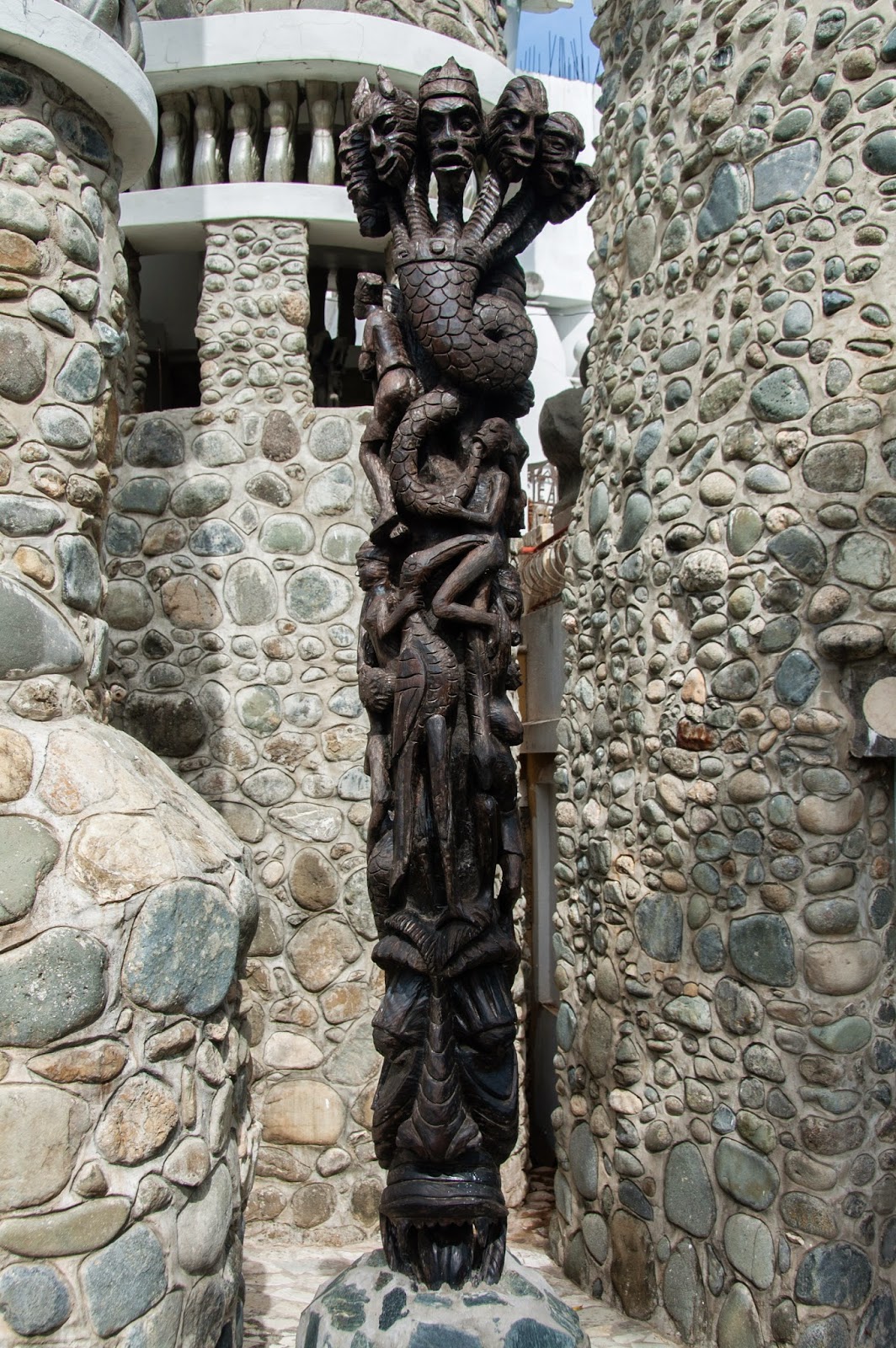 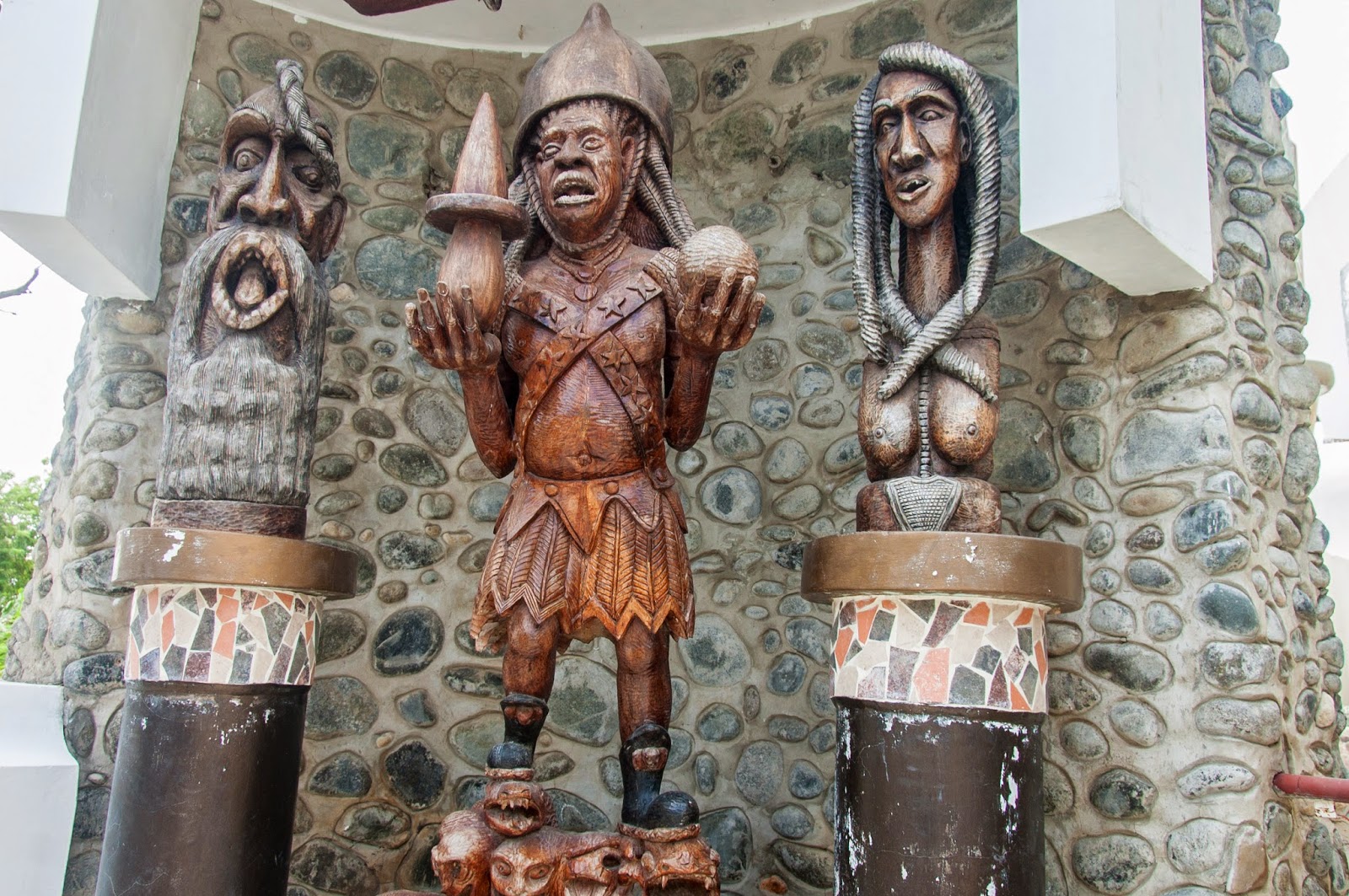 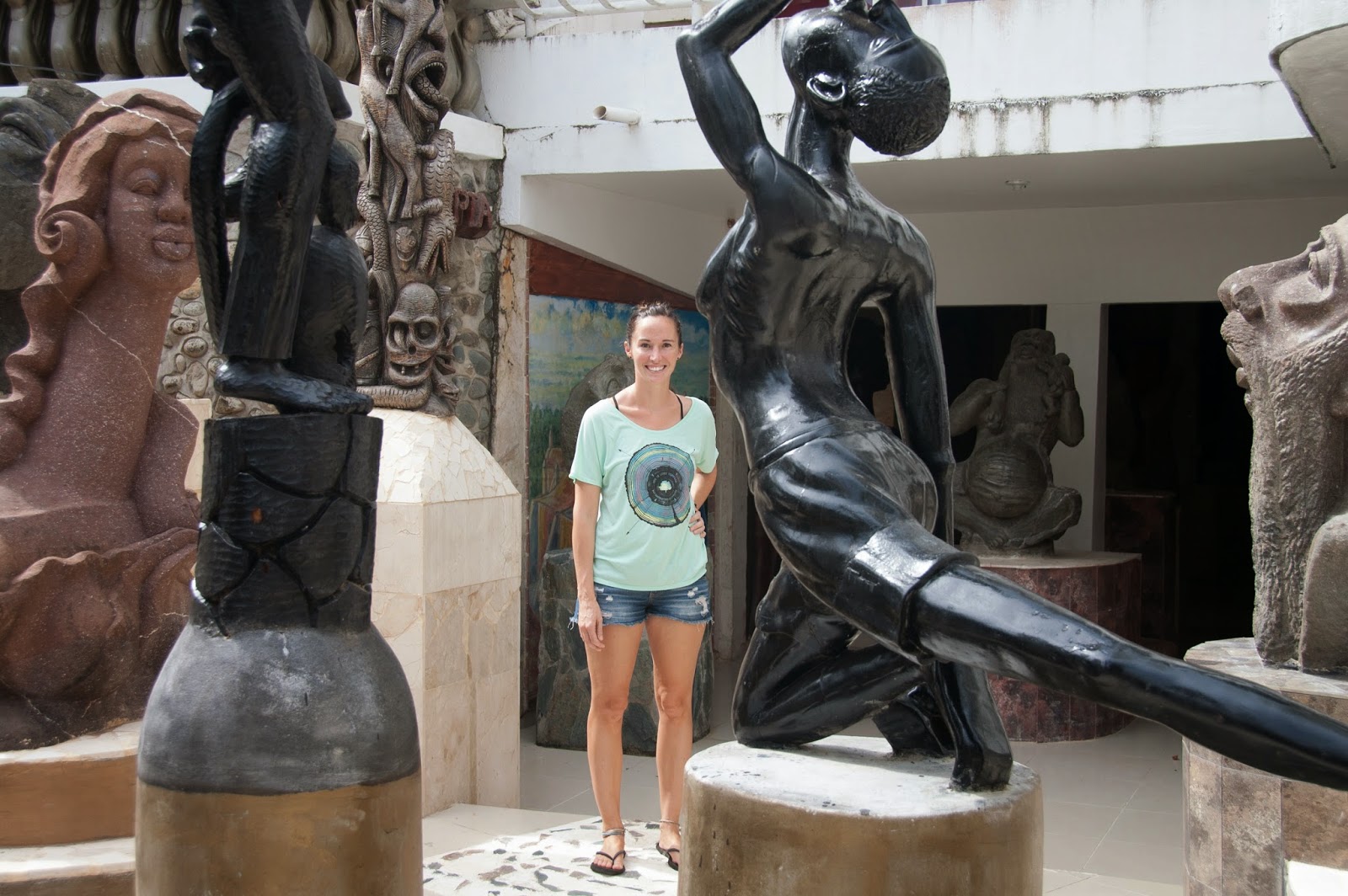 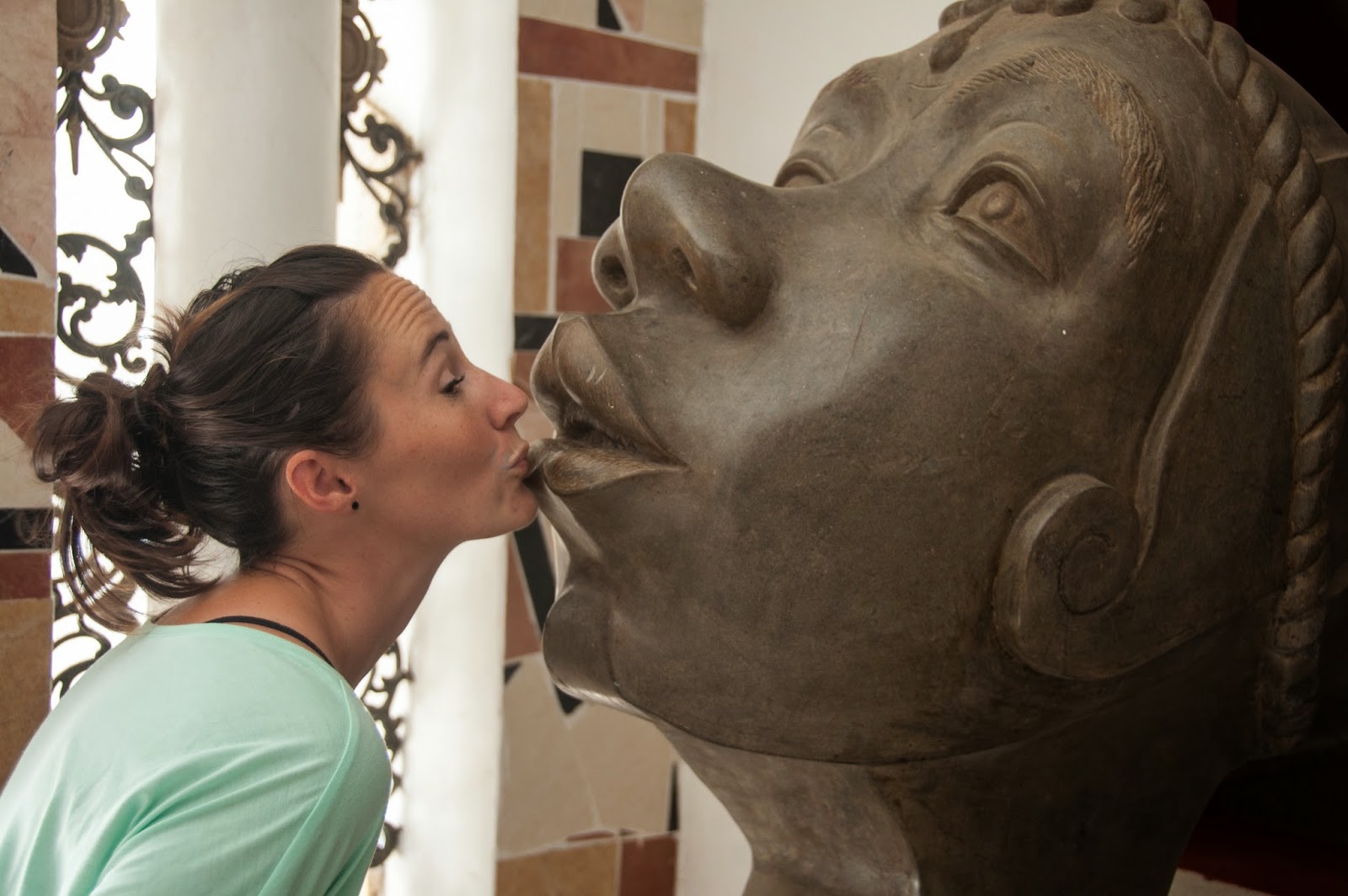 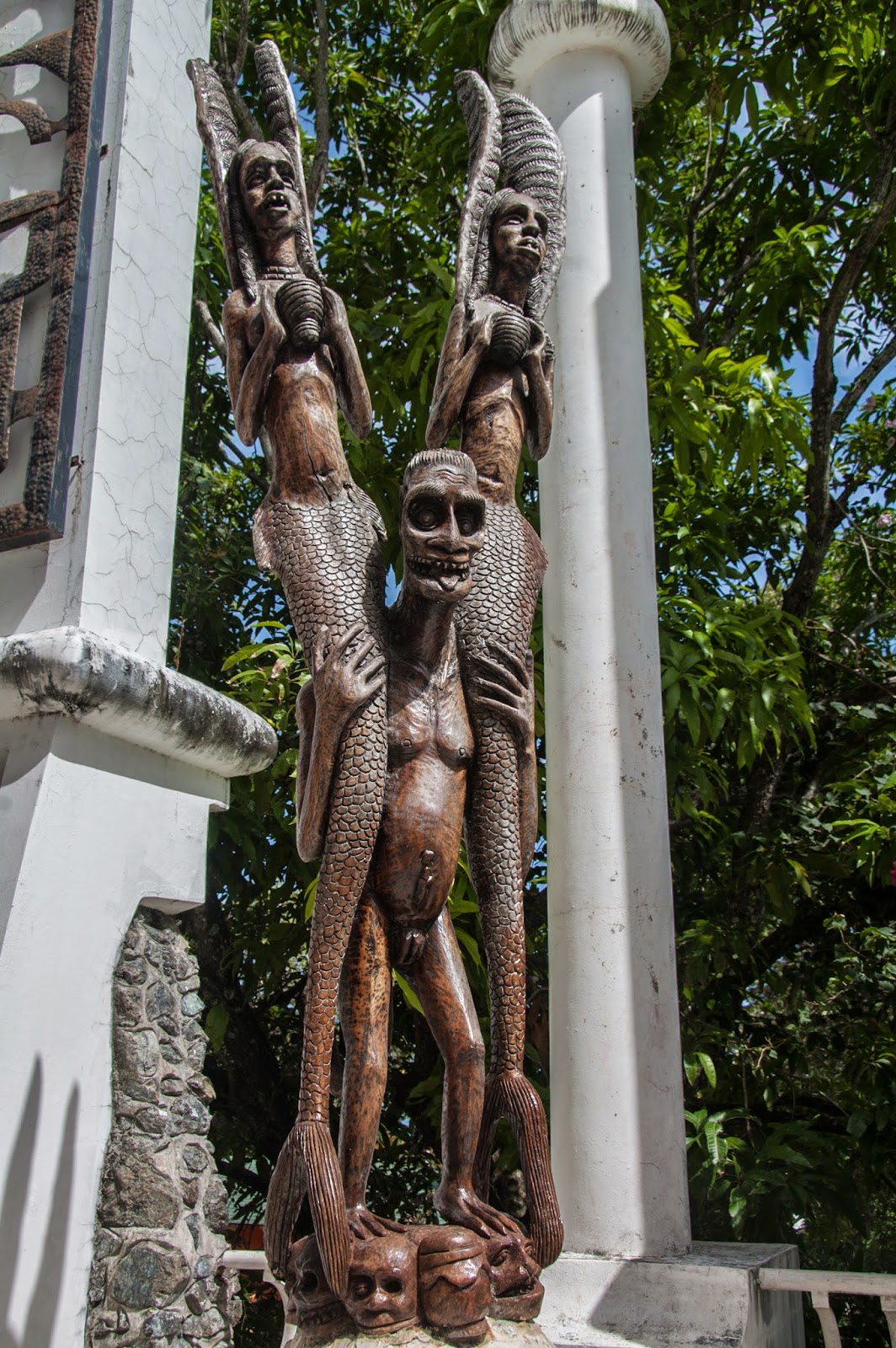 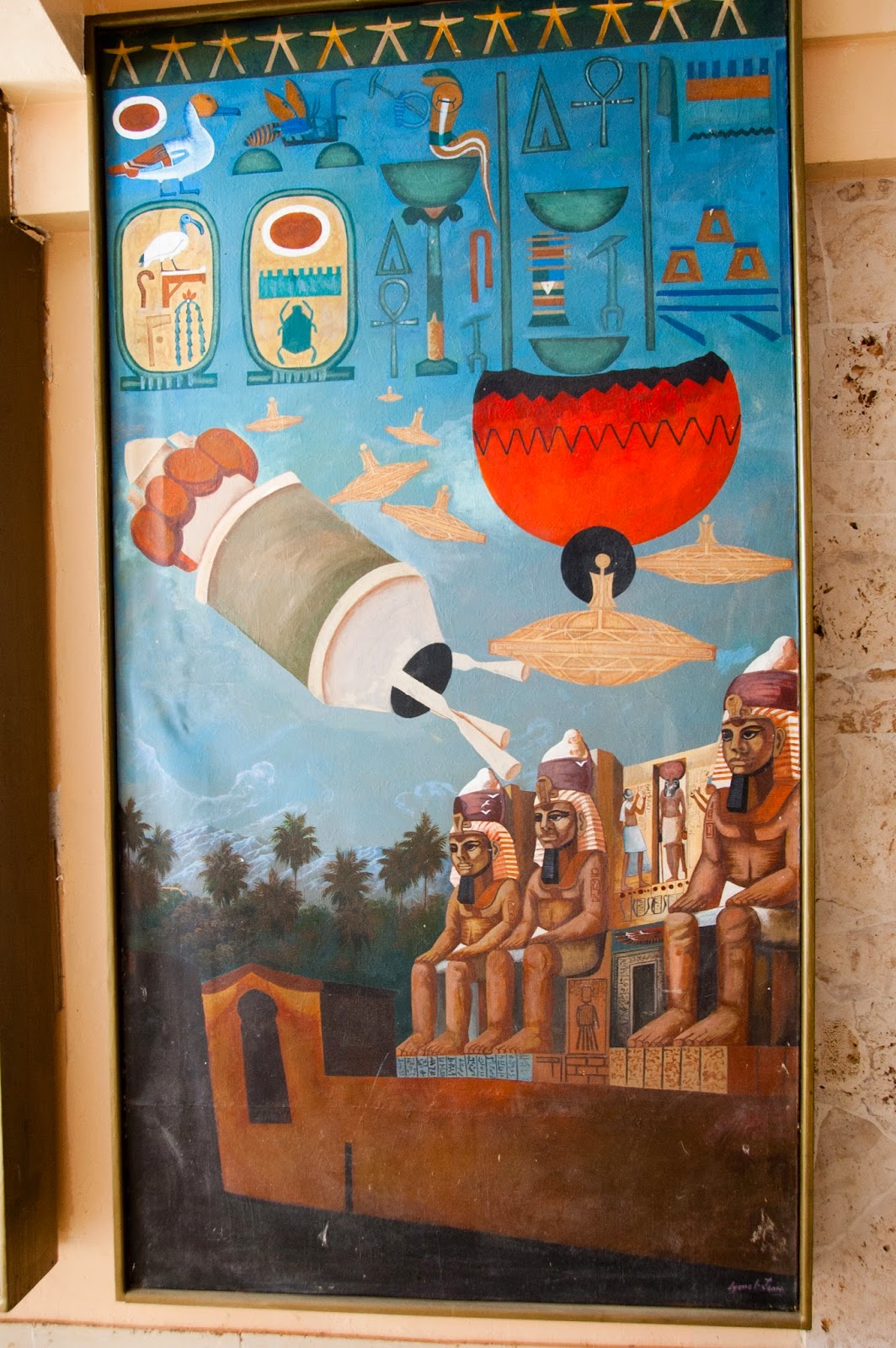 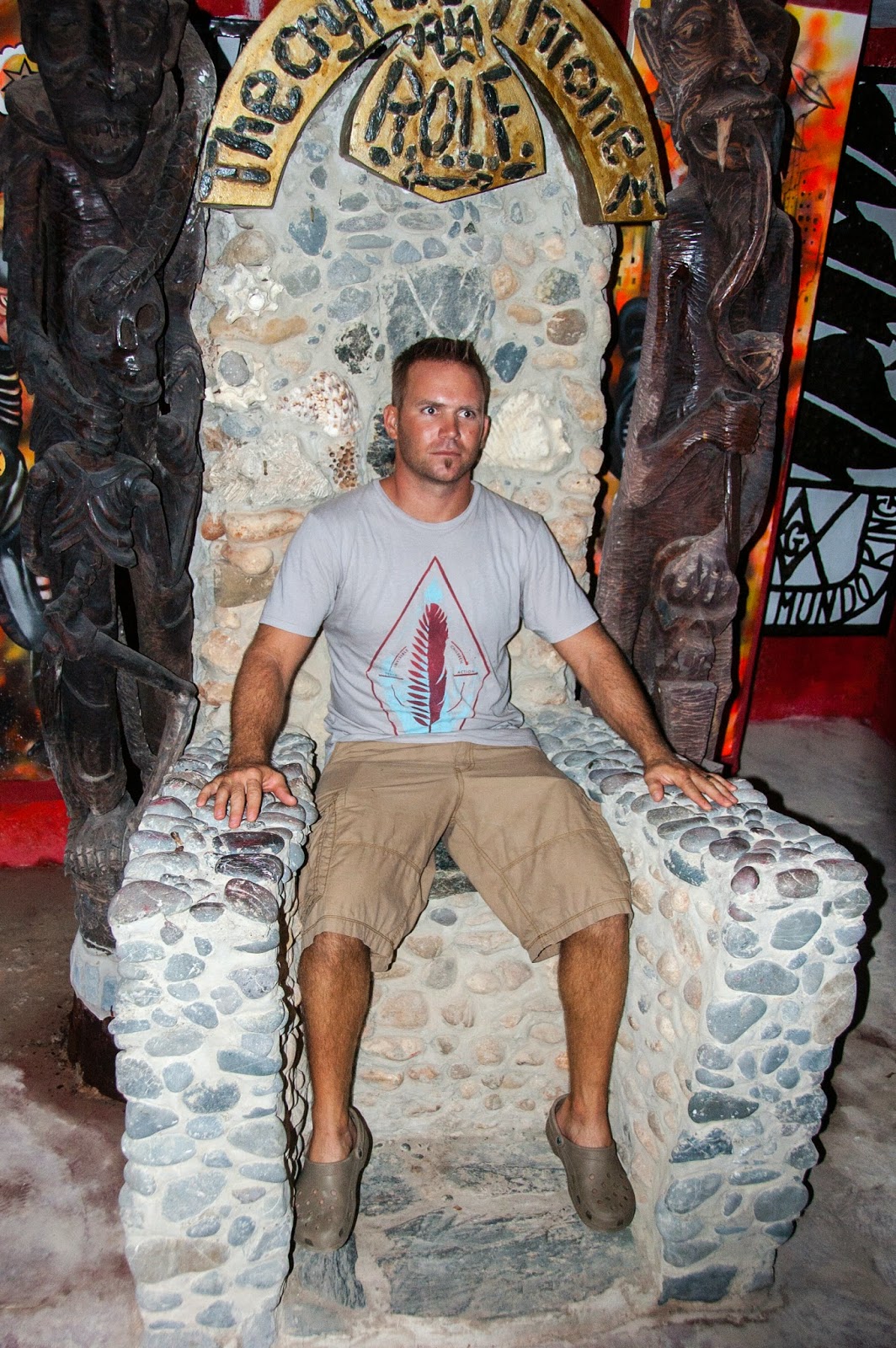 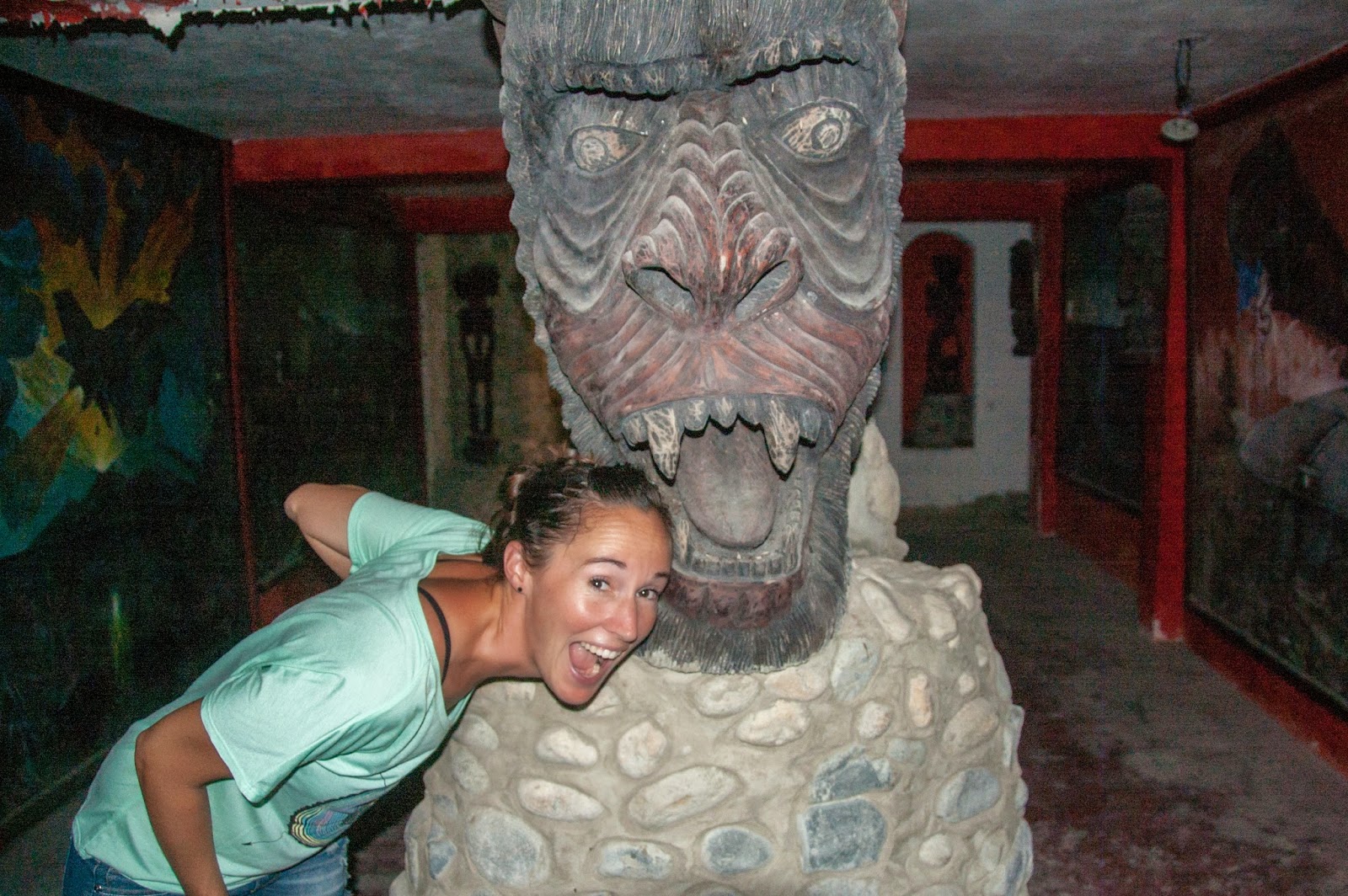 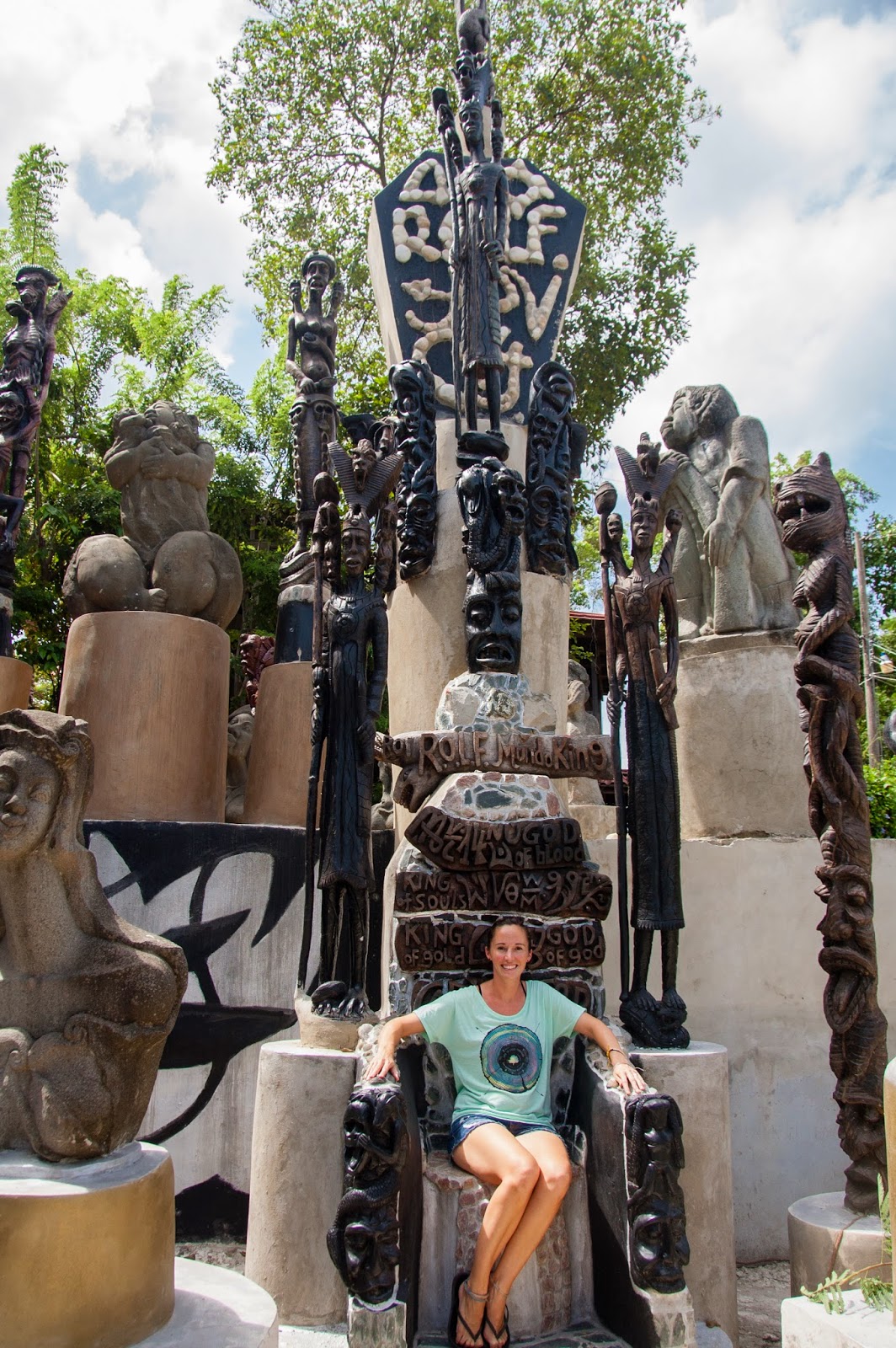 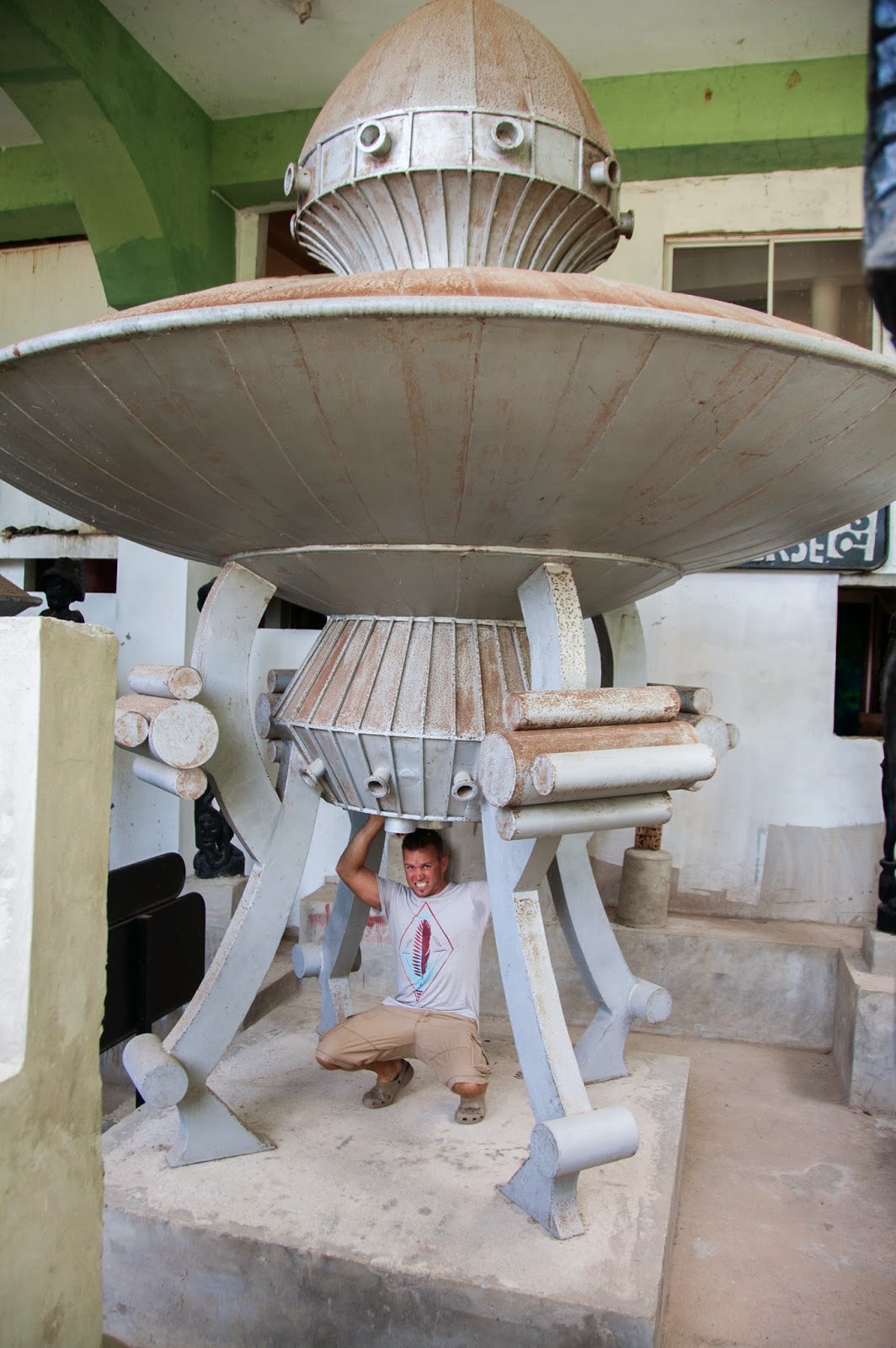 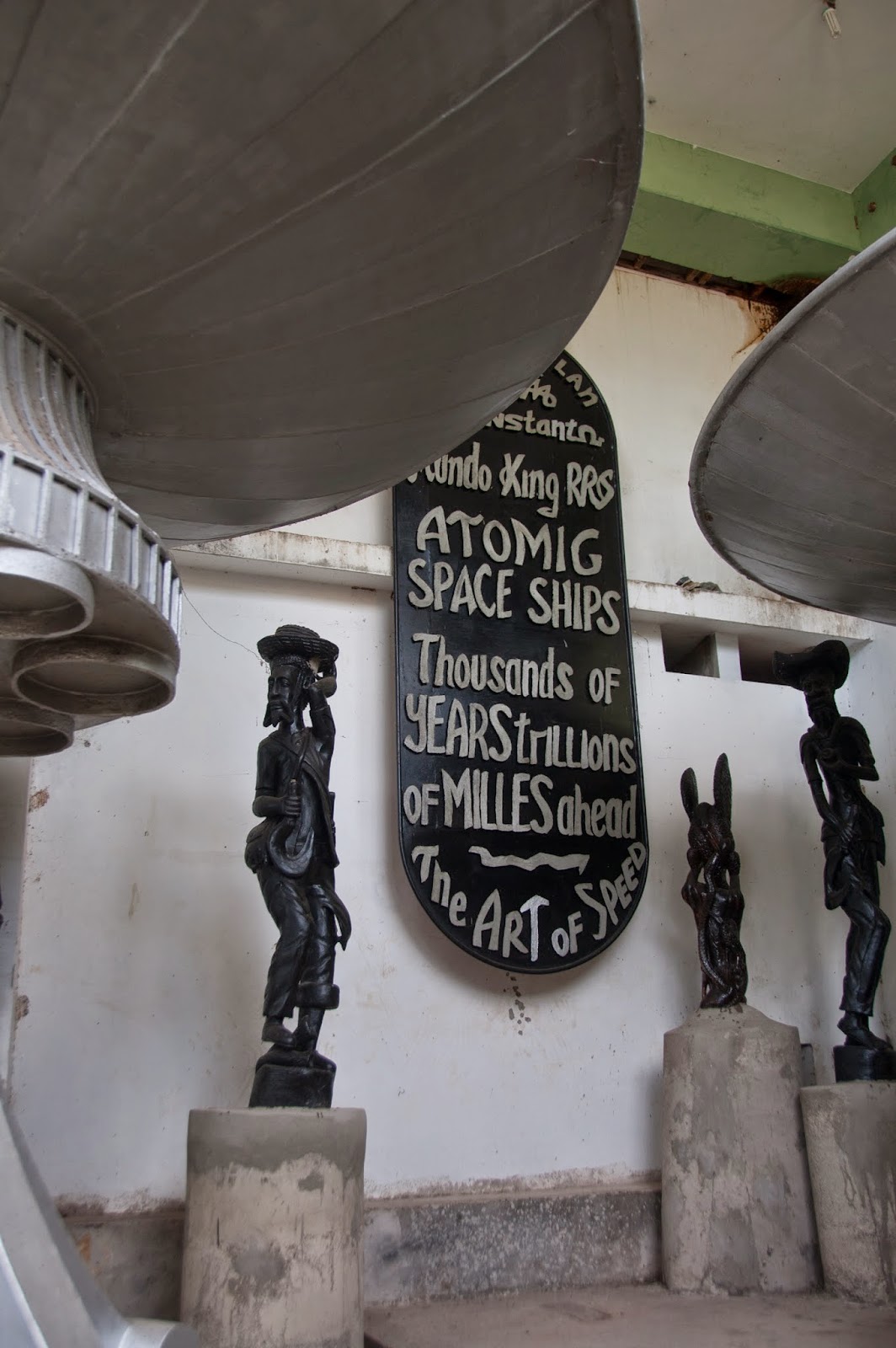 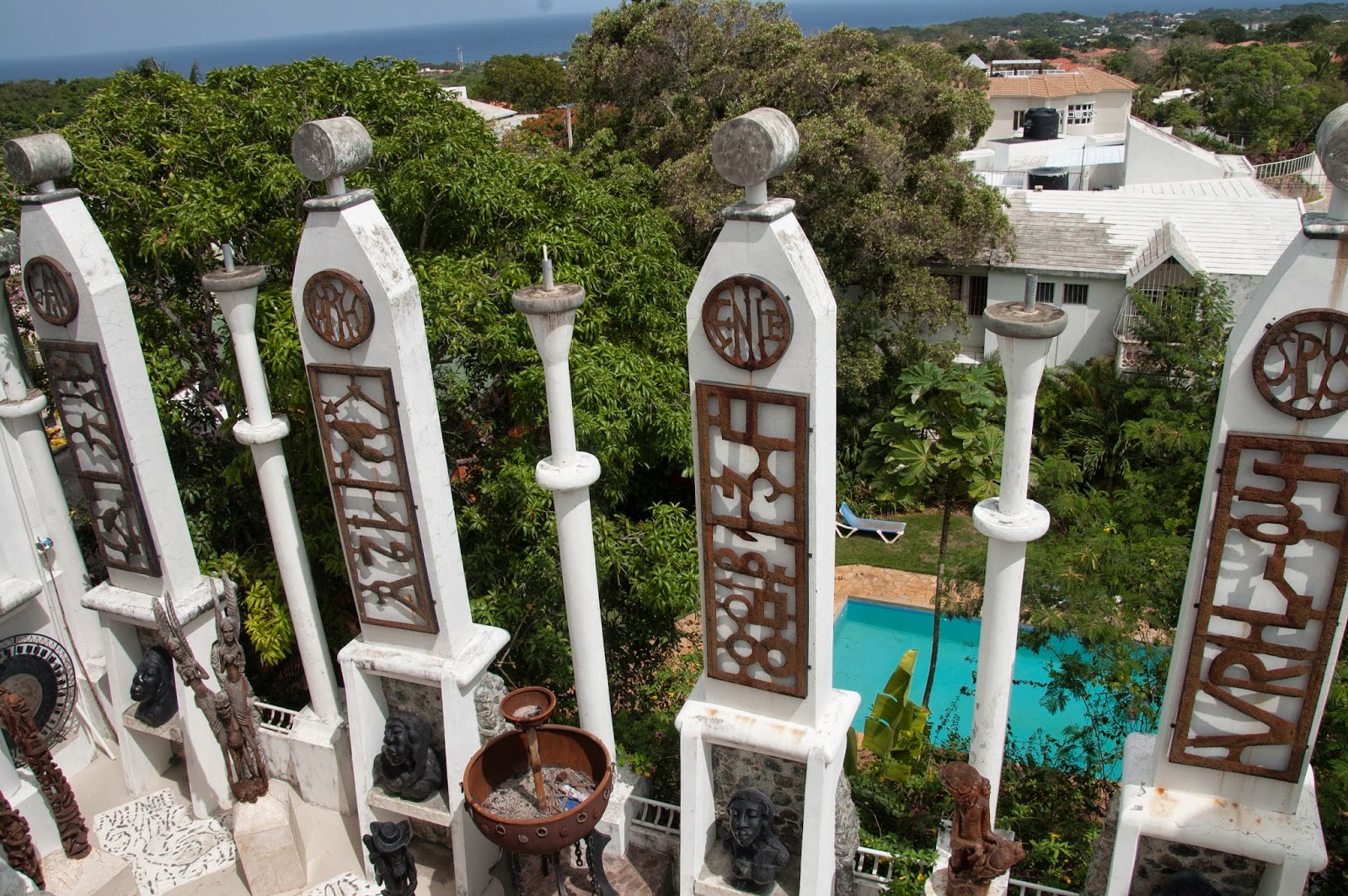 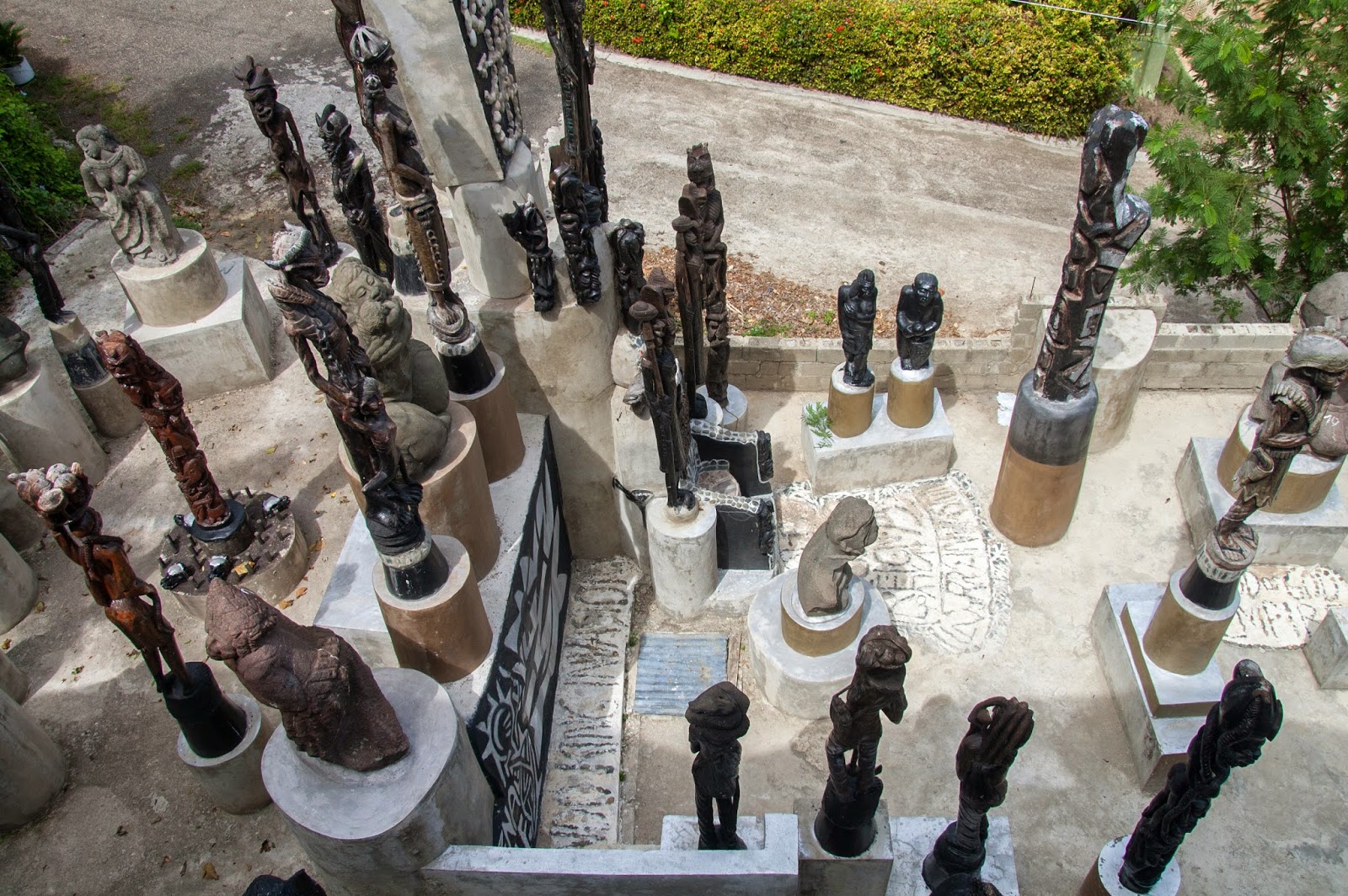 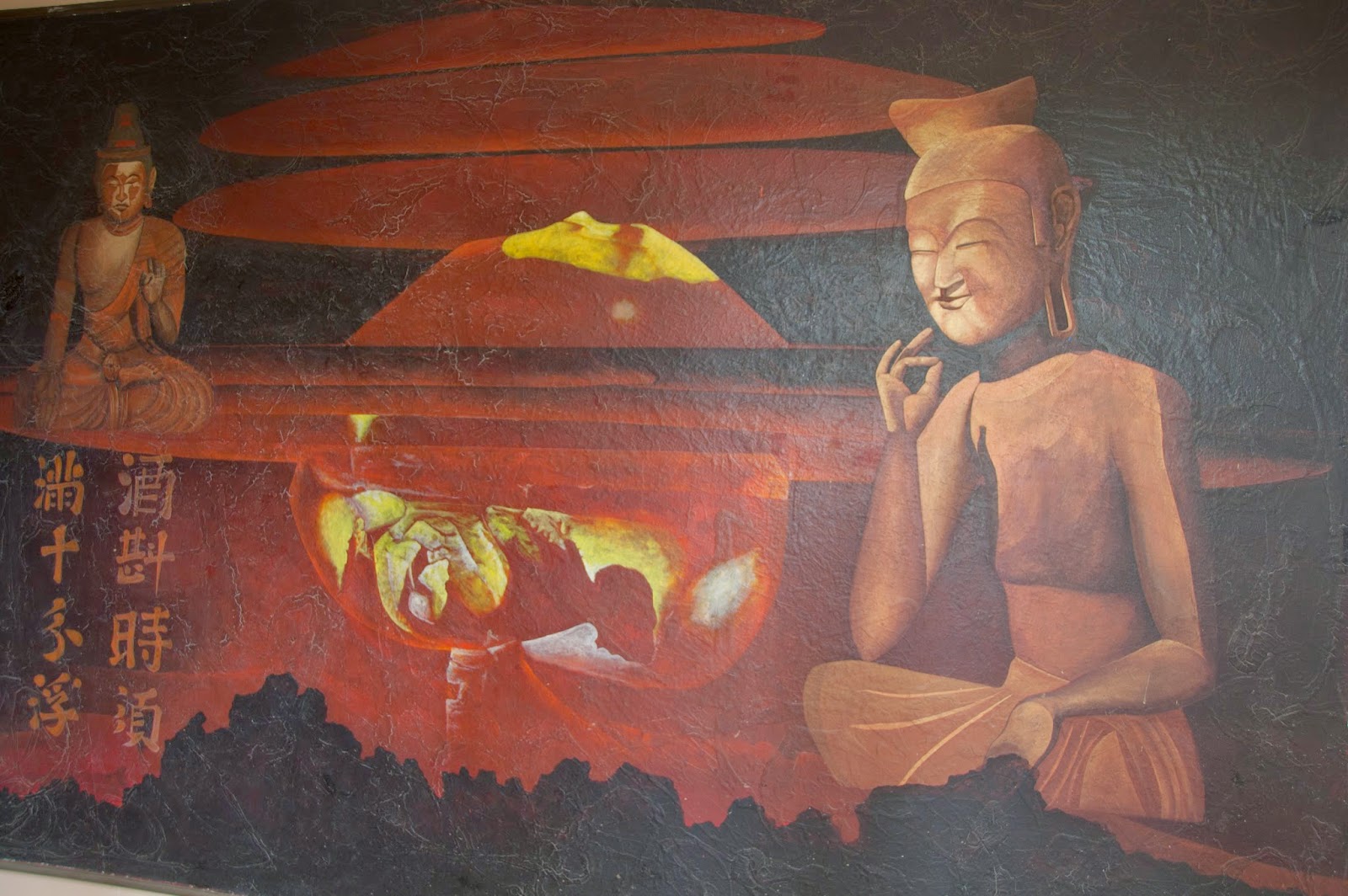 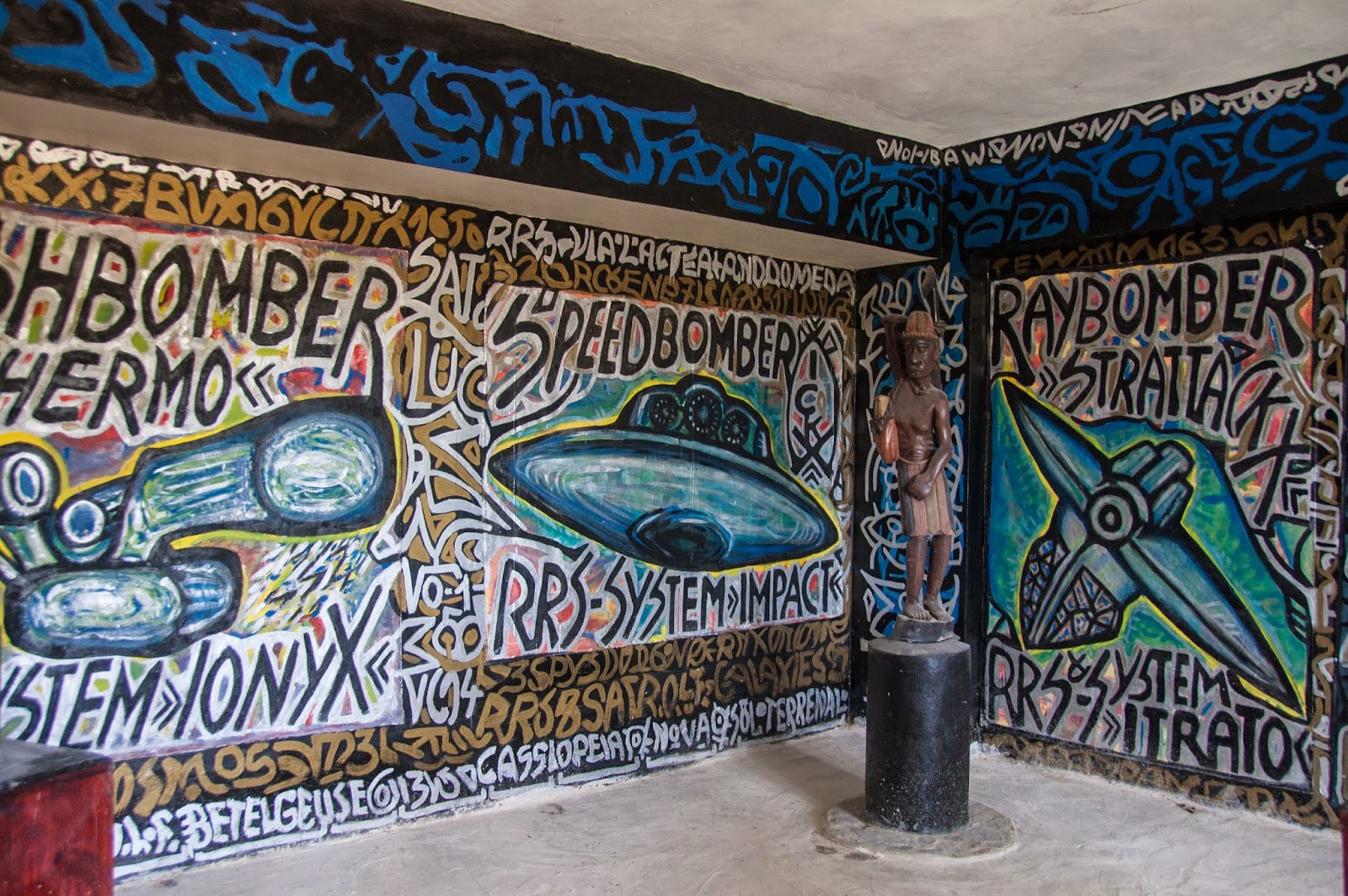 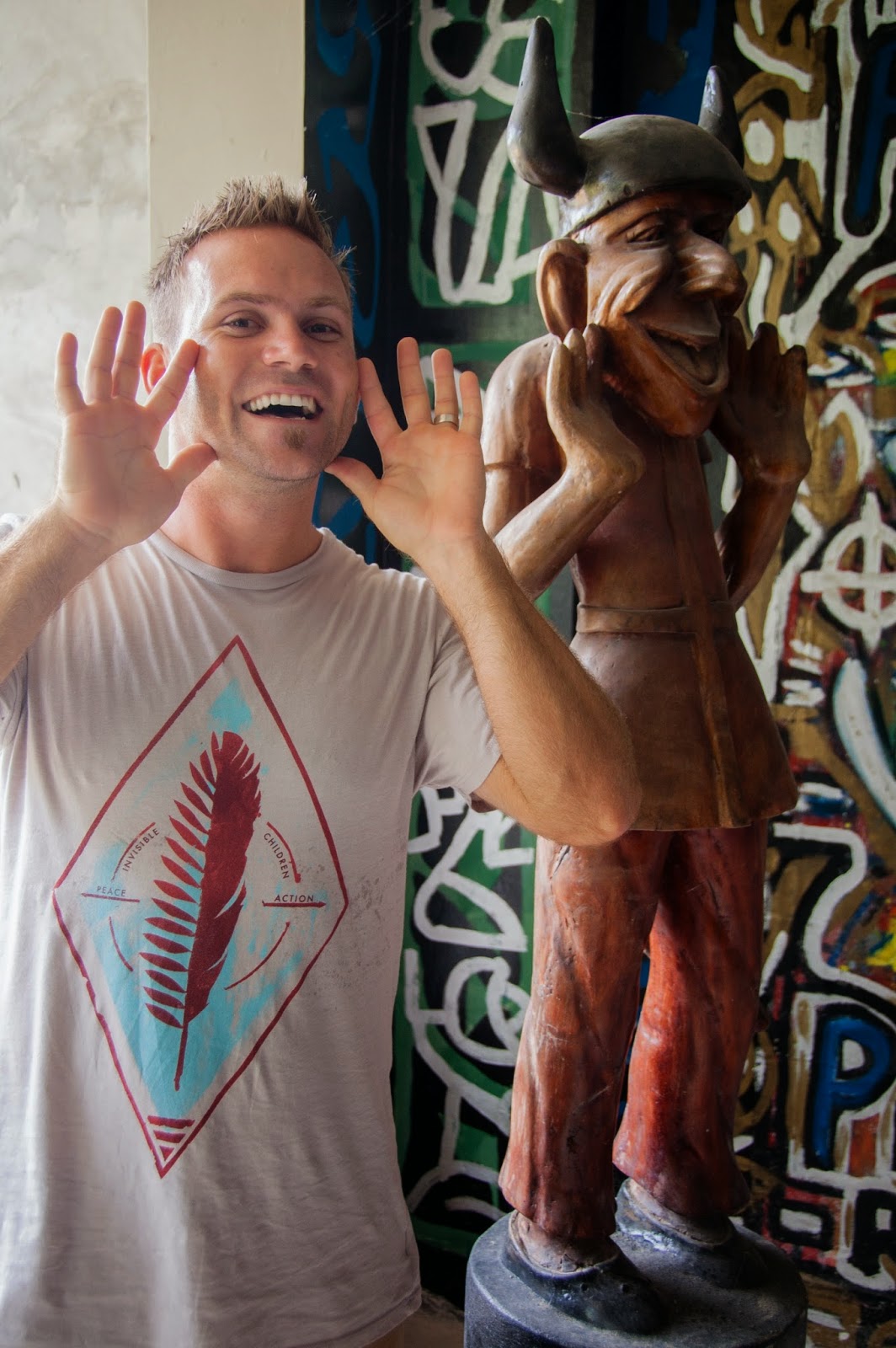 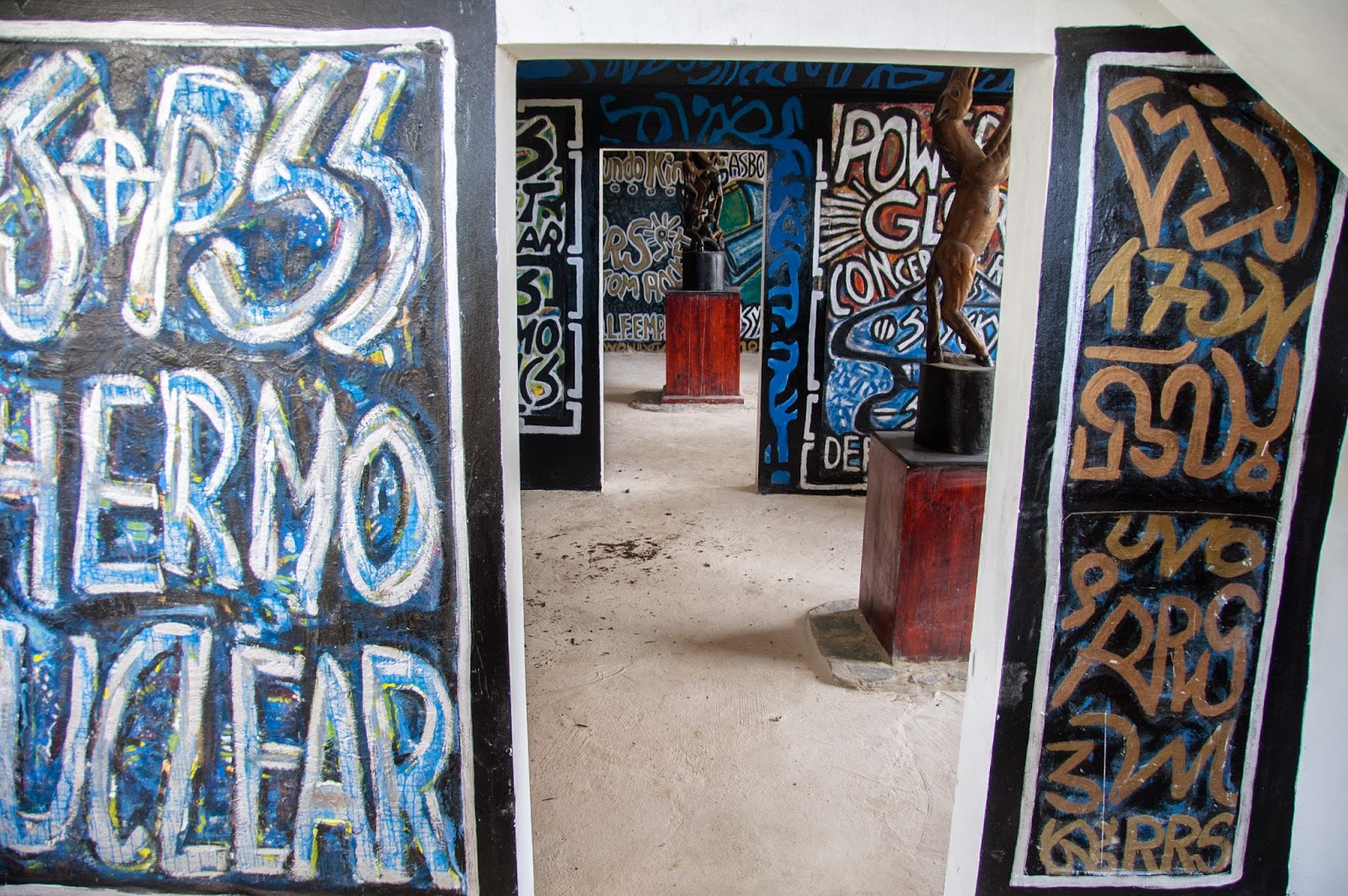 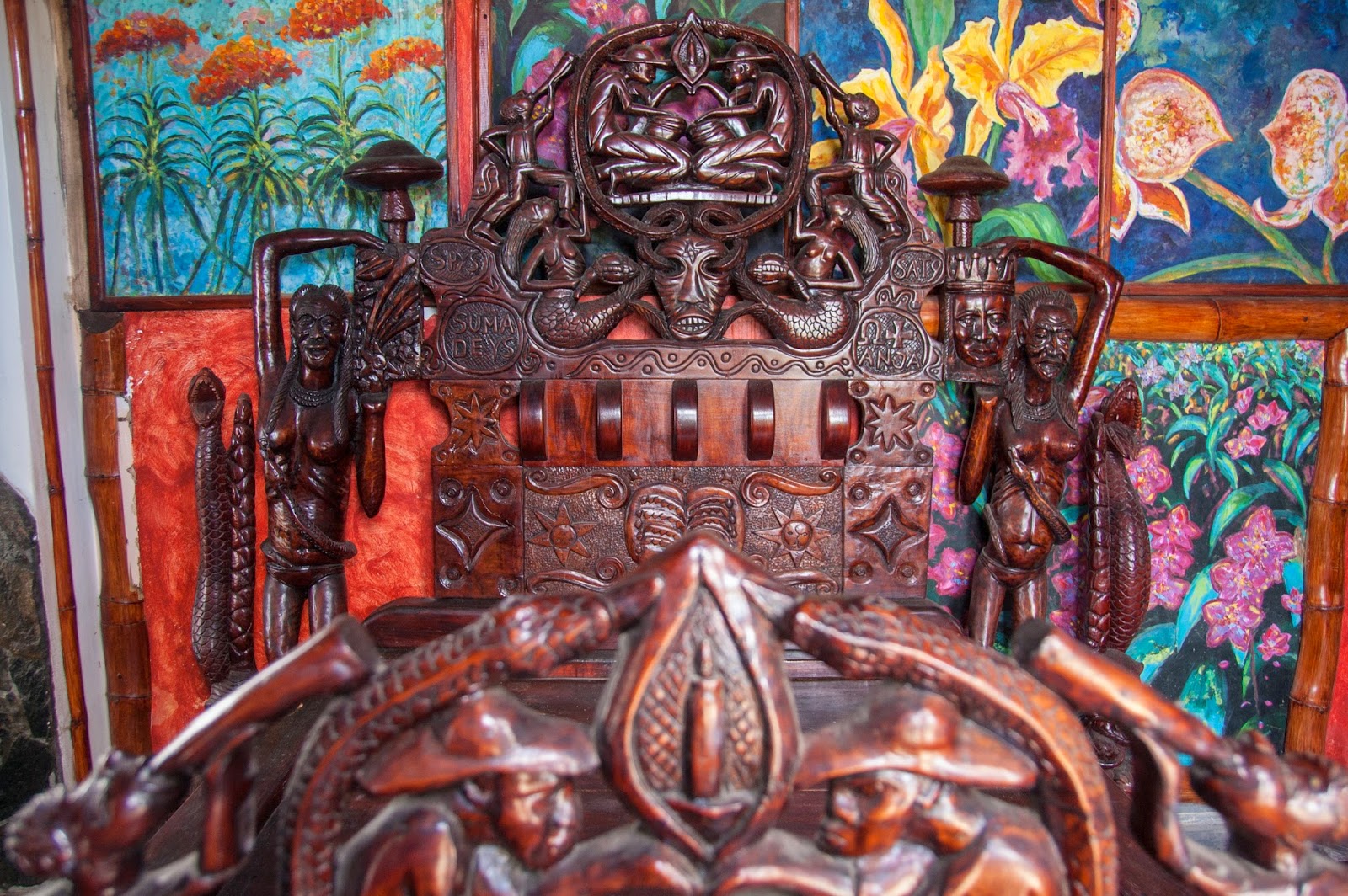 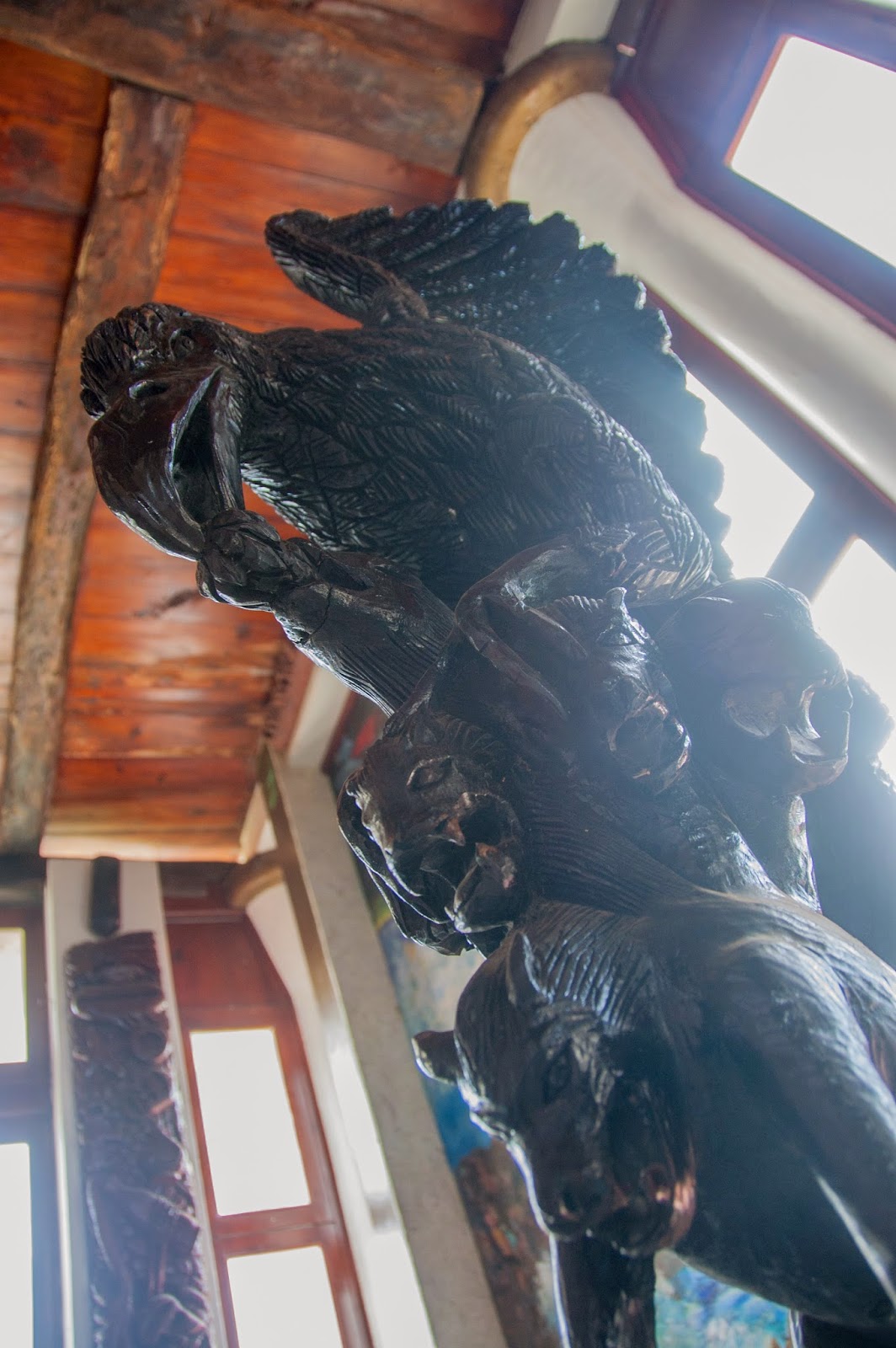 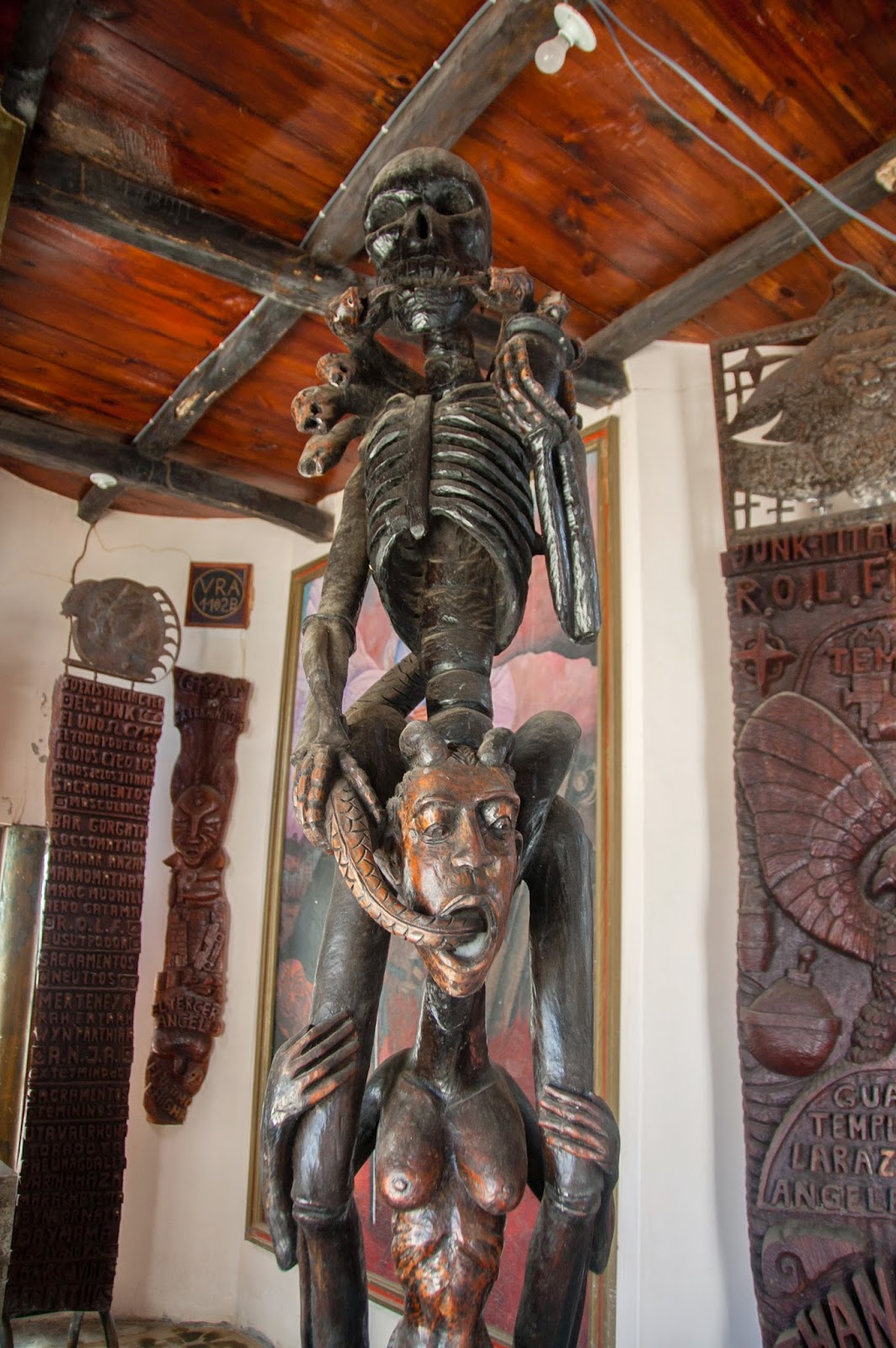 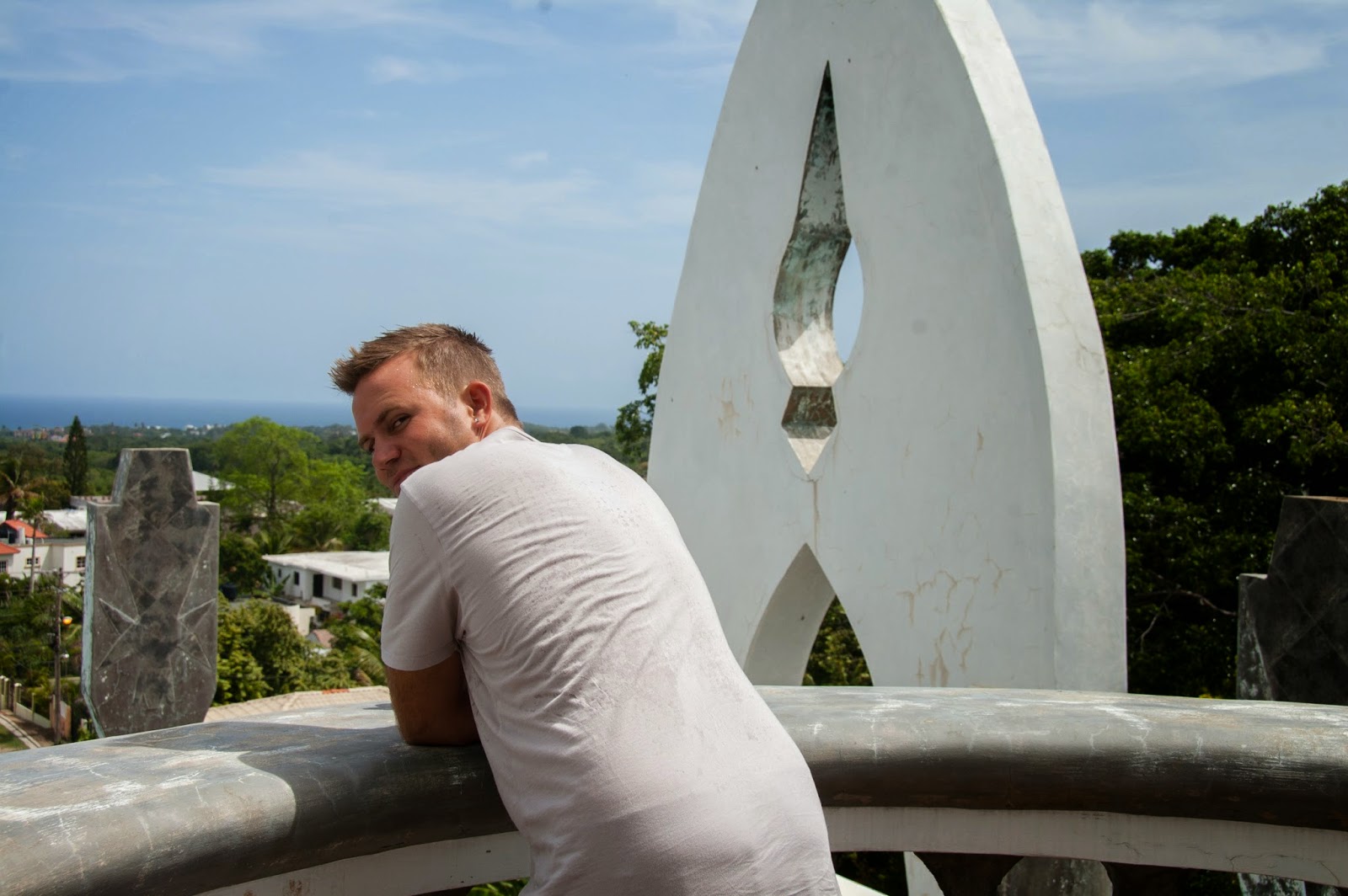