Canada Day In The Dominican Republic

Home/Canada Day In The Dominican Republic
Previous Next

Canada Day In The Dominican Republic How do you spend Canada Day when living in the DR? Well, even though our day was surrounded by beach and palm trees, and a small rainstorm, we found a couple of little things here and there to remind us of the amazing country we are from. But to be honest, some of them are a bit of a stretch as to where they land on the “Canadianess” scale. But we tried.

To begin, Eben has been celebrating part of Canada for three days now. He is on the Master cleanse. He has been off of food and been consuming nothing but lemon juice mixed with our countries sweetest, most scrumptious product, maple syrup. We actually had our friend Jon bring 4L of pure maple syrup with him in his luggage when he came to visit us. Although I am sure Eben doesn’t associate his cleanse with being patriotic, what a great coincidence it is that he happens to be on a mainly maple diet for our national holiday. (Like I said, some of these are a stretch!)

In the afternoon Arias and I sat down and did one of our “projects”. A name she gave them. Which means that we take a computer, jump on youtube, start with one topic, and flip through videos and websites learning about said subject and whatever other topics we get lead to. (ie. we have started with learning about ears, and ended with learning about optical illusion magic tricks, or started with eyelashes and ended with snow monkey of Japan. We go where ever the education takes us). So today we started with Canada, and what she remembers of it. Most of what she recalls of Canada revolves around snow, so most of our “project” did as well. We watched some luging, bobsledding, Big Air snowboarding, snowman building, etc. In the end we got on the subject of animation and that is what she chose to end the project with, her very own cartoon illustration. The cartoon had nothing to do with Canada but instead was a pic of two people trying to highfive and instead slapping eachother in the arm. (Again a stretch. Snow was the only Canadian part).

And finally, there is no way to celebrate Canada Day, for me anyways, without tracing back to one of my favourite foods, poutine! For those that haven’t tasted the awesomeness of poutine, it is french fries covered in cheese curds and brown gravy. You feel yourself getting fatter as you eat it, but you just can’t stop yourself from having bite after bite. Until it’s too late and you feel like you are going to explode.

Given that we live in a pretty touristy town there is no lack of foreign restaurants around. Yes, there is even one called Chez Mon Real, which serves none other than, poutine. I have missed this stuff, and usually get my fill every six months or so. Last time was near here, in Puerto Plata, where the French Canadian owner has friends bring him packets of dry StHubert poutine sauce, so he can serve authentic poutine to his patrons. For this I thank him. Today’s was just as yummy, but sort of tainted as I felt a bit guilty eating poutine and drinking beer sitting across from Eben with his syrup juice. Not so cool of me, I know, but Canada Day and Poutine must go together.

Although there was no flag waving, or red and white wardrobe (I don’t even own anything red), today I thought about Canada, the country that has given our family so many opportunities. Even though I dislike the term, we have been given a “birth lottery” being born in the country that we were. A country that is free, a country where you can hope, a country where you can pursue your dreams. Canada was part of bringing us to where we are today, the DR and our adventures beyond. 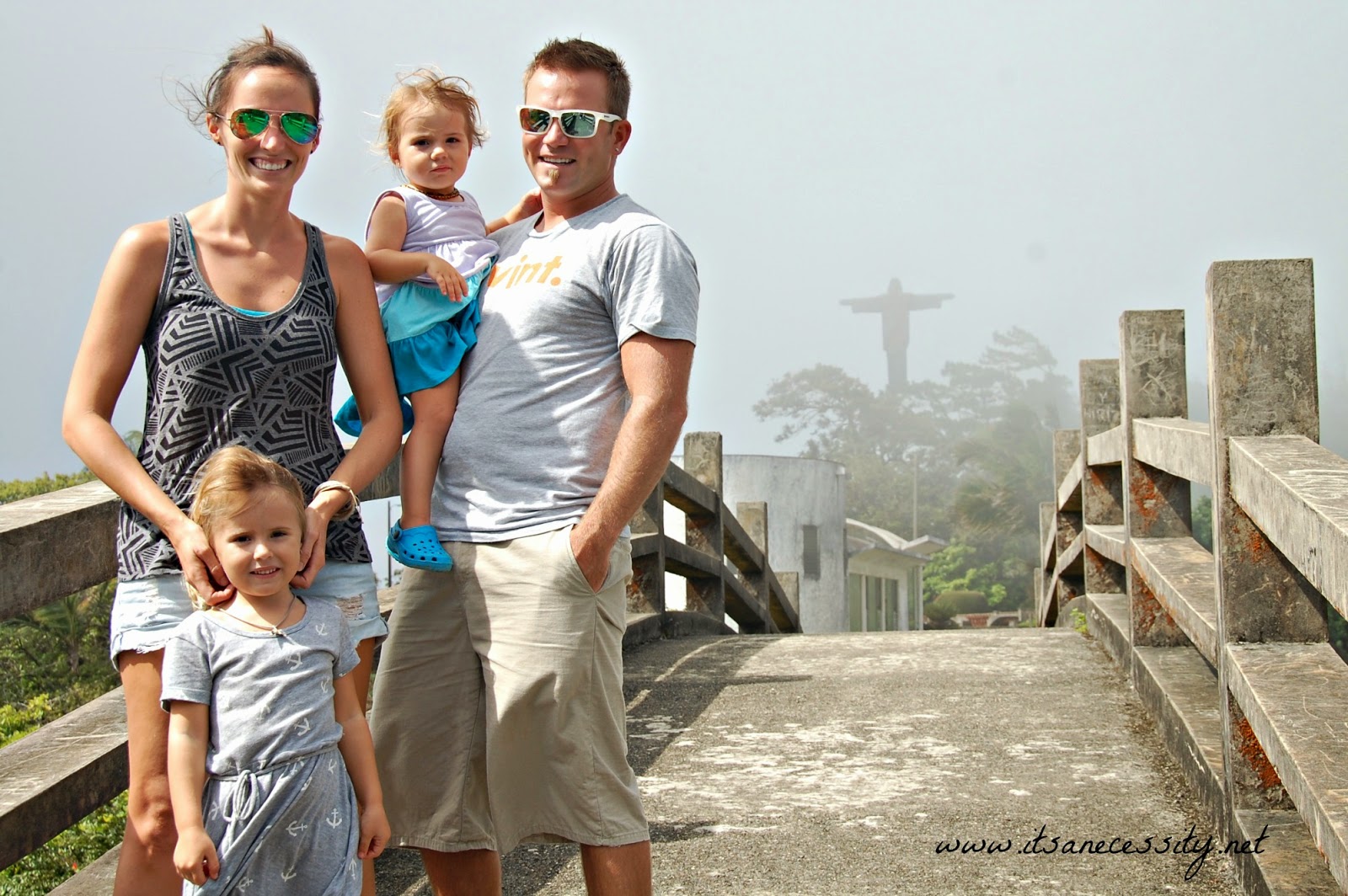