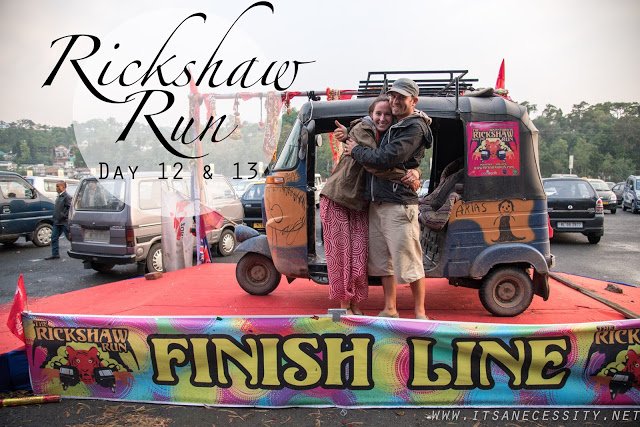 Day 12 (total km’s for day 12: 275 km)
-We finally got to ride elephants!!! And it was amazing! They sat the four of us on one elephant, back to back, within an amazement-ride cage, and off we went ridding through the jungle on the back of this ginormous animal. I took my flip flops off so I could rub its hairy side with my feet. The Mahout (elephant caretaker) had been with this elephant since it was 2, 18 years now. One elephant will always be with its same Mahout, until death, its beautiful the relationship they have. They quietly brought us around the park, where we got to see 4 rhinos, a bison, and a bunch of monkeys. But our favourite part was riding the elephant, of course.
-A truckstop looked like a great place to stop and get some food. And we weren’t the only ones to think so, this place was packed! When we arrived there was a group of women doing some traditional bhutanese dancing outside.
We ate these crazy hot peppers because we were dared to by Mark and Heather. It was horrible. We were instantly sweating, crying, burning, drooling, and shoving rice and cucumbers into our mouths in copious amounts to try and stop the hurt. Thanks guys!
-Stopped in Dubnoi for the night and used our second to last night to buy a few souvenirs for ourselves. We got a full set of stainless steel plates and bowls, and some cute dresses for the girls.
-One thing that is on my bucket list is to take part the Holi festival in India (where everyone throws powdered paint at eachother). We missed this year’s by two weeks. So Eben came up with the great idea that we should just have our own. Talk about waiting till the last minute too! That night at the restaurant we asked the owner if he knew where we could buy some Holi paint. We realized that it was 8pm and we were in some nowhere town, but the owner pulled some guy off the street and they found us 4kg’s of different coloured powder paint, which we would hopefully use at the finish line party.
Day 13 (total km’s for day 13: 255 km)

FINAL DAY!!!
-On the advice of some another rickshaw team we decided to take the back road to Shillong rather than the main highway. Taking this road, we were told, we should make it to our final destination in the early afternoon. Well this road was in every state that a road could be, it was bumpy, full of puddles, hilly, windy, perfect, rocky, straight, mountainous, muddy, but most of all it was long. It was the perfect way to spend our last day of driving. Some of those mountain passes we weren’t sure if our rickshaw would reach the top. We would be driving somewhere between first and second gear, alternating. It took us way longer than we expected because for most of this day we could drive faster than 20kms/hr because of the hills, or bumps, or holes, or mud, etc.
-At one of our mountain chai stops we were introduced to the game Carram. Its like playing pool but with checkers instead of balls, corners instead of pockets, and a table full of powder to help the checkers slide. Eben loved it.
-It is so cold up in the mountains. The people look completely different, their physical attributes, their clothing. And the housing is extremely different as well. The kids are so stinkin’ cute with their chubby faces and pointy tuques. I want to adopt a mountain baby!
-We came across another rickshaw, of friends of ours, on the side of the road only 30kms away from the final destination. Getting a closer look at it we see that there is no exhaust on it, no back axel, pretty much the whole back end has been stripped of all its essential parts and were sitting in the front seat. But no friends to be found.
-The last hour driving in to Shillong (the finish line) it poured and was super cold. I mean extremely cold. My toes were freezing, Eben’s hands were hurting from the cold and trying to grip the handles to drive, we were drenched, and laughing at how ridiculous this finale was.
-The finish line was extremely anti-climactic. We drove to the address given to us, a parking lot, and there it was, a ramp to drive up on and take your “finish line” pictures. Done. So weird. We signed our names on the board and saw that our rickshaw and that of Avi and Suk, came in 49th and 50th!!! Yay!
-The party came later that evening. We were all bussed to this hall where we were greeted by an Indian Country band (yes, 5 indian guys singing covers of english country music, so strange!) and a huge buffet. There were speeches and Eben and I each won a beer for some of the “best pics taken during the trip”. Later I approached one of the organizers and let him know that I may or may not have 4kgs of Holi paint, “How would you feel about that?”, his response “It’s not my hotel!” Eben and I and some friends set to work filling tiny plastic cups with Holi paint and handing it out to the crowd. The people painting started off slow with everyone questioning what we were handing them, and then the madness ensued and the stuff was being thrown everywhere. 10 minutes later we were out of paint, the crowd was an array of 4 different colors melded together, and the floor of the room looked like it was covered in blood (red paint mixed with spilt beer!) Everyone had a blast and it was the perfect way to finish off this crazy adventure.
Total trip km’s: 3,467 km 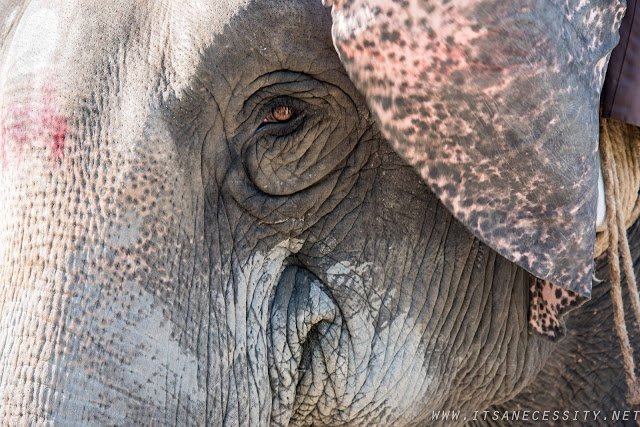 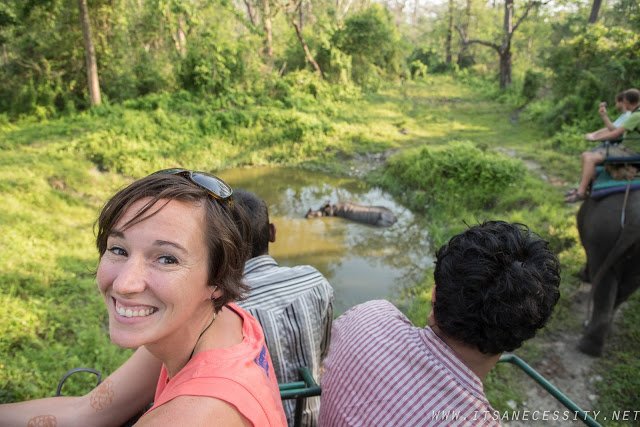 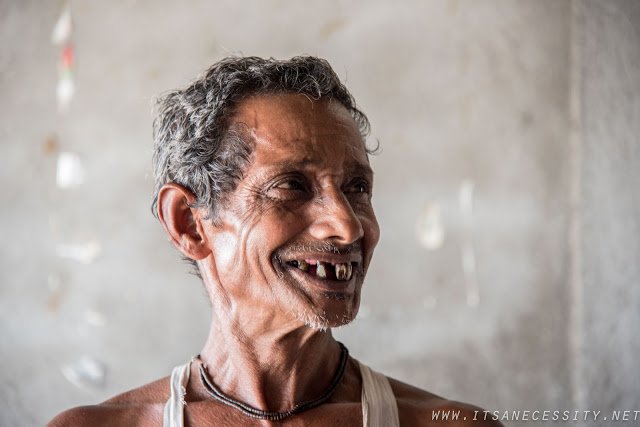 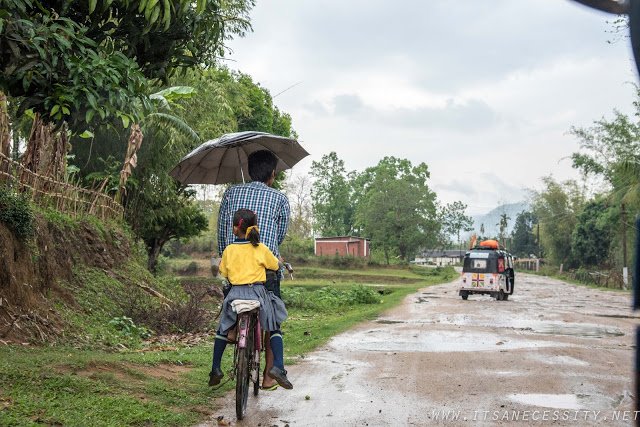 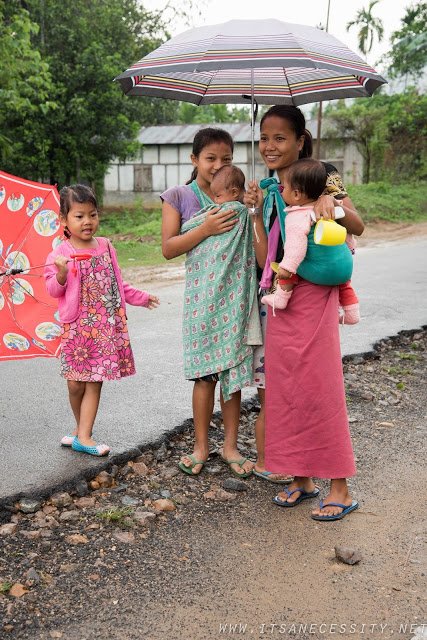 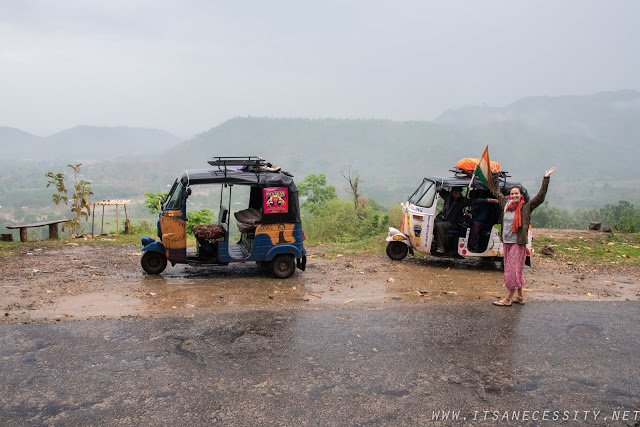 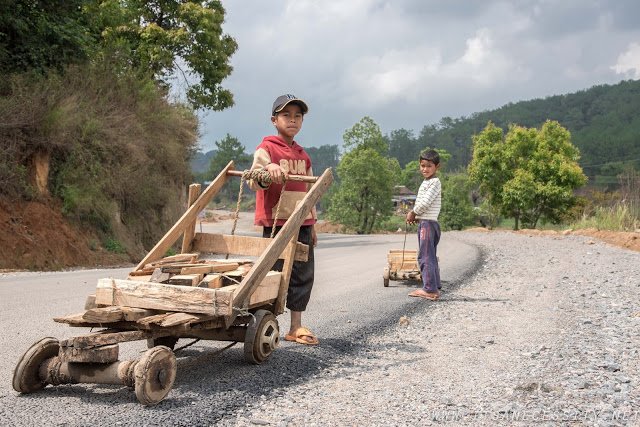 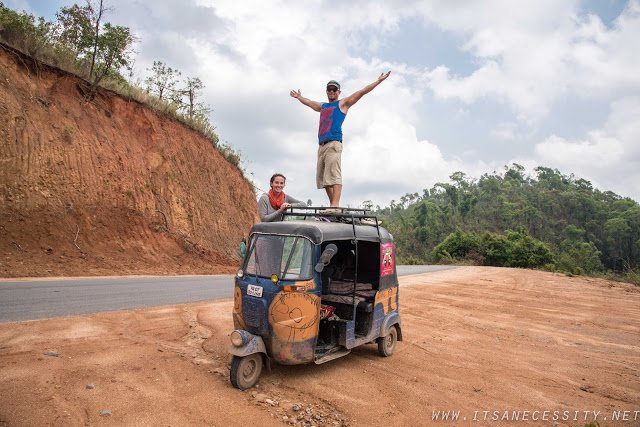 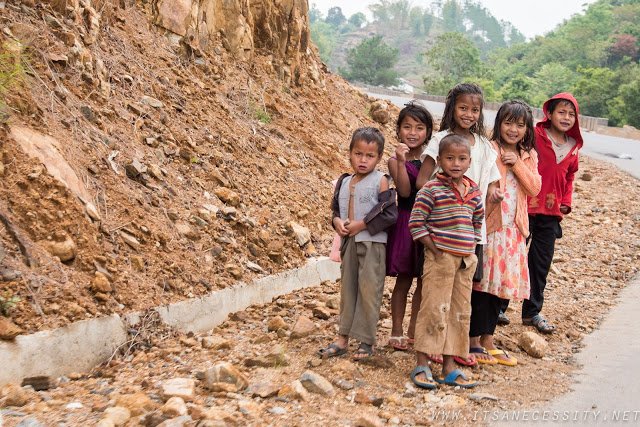 To India, and all the friends we made there, “We miss you already”. And to the Adventurists, “Thank you and we will most likely see you again someday!