Where Did Our Summer Go?

Home/Where Did Our Summer Go?
Previous Next

Where Did Our Summer Go? 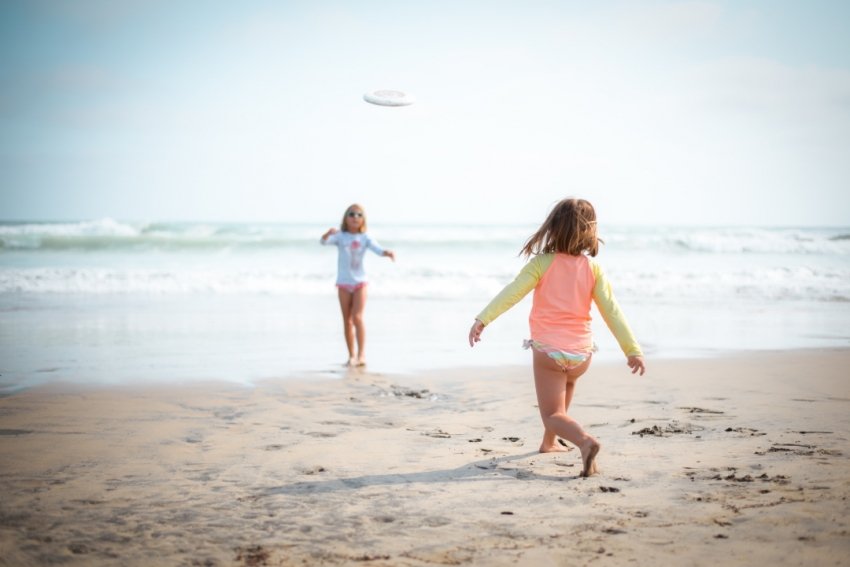 This morning I went and finished the third, final, and very redundant, step of signing the girls up for school!

This year the girls will both be attending the same primary school…no more running back and forth between two schools with different drop-off and pick-up times! HOORAY!!

Handing in all their paperwork this morning I found out that school starts next Monday. What!? Already!? Where did our summer go?

Is it just me or did school start later “when we were kids”? Did that just make me sound extremely old! Hahaha! “Back when I was a kid…”

I know “THEY” always say, cherish your kids because time flies. We do. Of course we want to cherish those moments when the girls are well-behaved, but man oh man those times when they are fighting or being argumentative, time seems to turn to molasses! But even with a summer full of fun moments and more “syrupy” moments, it still flew by. The good, the bad, and the lazy, it all flew by.

What Did We Do This Summer? 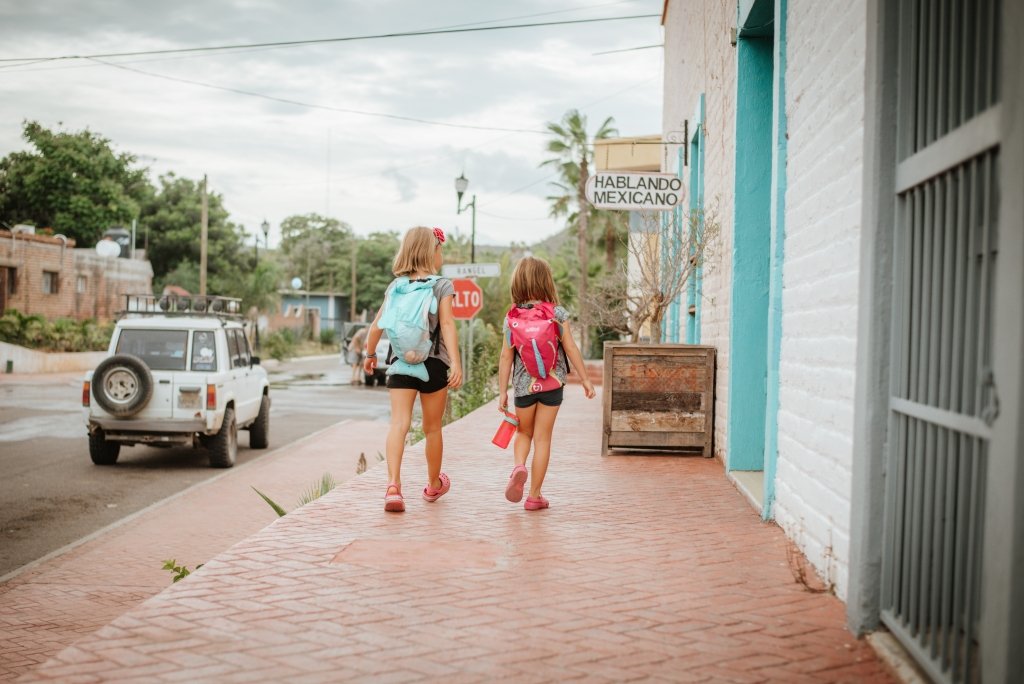 Instead of going back to Canada this summer, we decided to stay here in Todos Santos. If you missed the post on WHY we chose that, here is it.

A lot of our friends from here left for the summer. Town got real quiet. With missing friends we figured there wouldn’t be as many playdates planned, and we didn’t want the girls getting bored (and turning on each other, as children do). We also wanted the girls to keep speaking Spanish over the summer, to keep moving forward, not lose it all.

Summer camps were the best solution.  I found a two. But then the girls were having so much fun that when I caught wind of a third one, I signed them up for that one too. That’s where they are right now!

By the end of this week the girls will have spent 5 weeks total in summer camps. They did one “general” summer camp. One that was focused on art, theatre, and music. And this last one is art, cooking, and swimming. All were in Spanish.

They had some school friends in some of them, but they also made a lot of new friends with kids that attend the other schools in town. 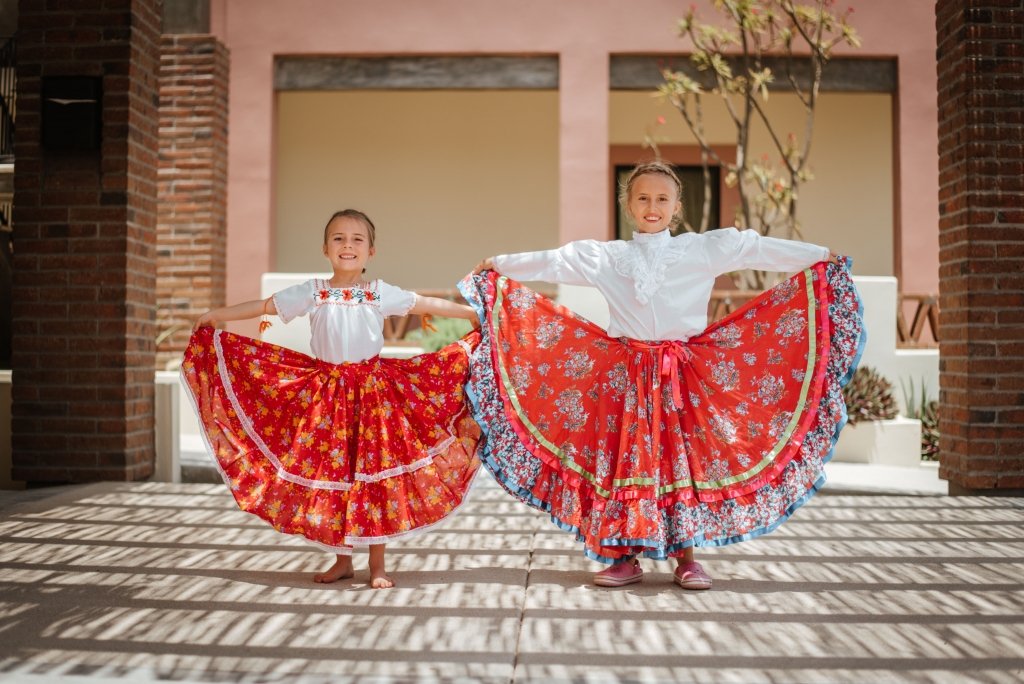 Don’t worry we didn’t sit around friendless all summer! We made new friends and deepened our friendships with the others that stuck it out in town this summer. And I am so glad we did. We have made some amazing connections, and have added some super fun people to our circle of friends. I can’t wait to introduce our returning friends to our new friends. The more the merrier.

Having the girls in camp also made some new connections for us. Our girls are the only foreigners in their public schools. So their school friends are locals. Which we love. It is one of the main reasons we send them to public school. But often we’d go to the beach and I’d see all these other groups of parents with all these kids and think “Who are you? Why don’t I know you? Why aren’t we friends yet!?” It’s simply because their kids go to the other schools in town, so our paths don’t cross as often. But thanks to camp, now they do. 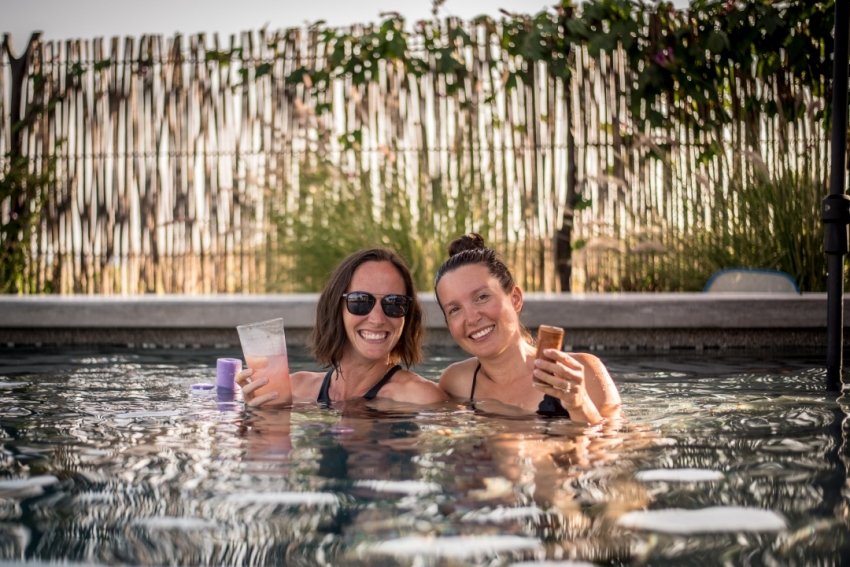 What Have Eben and I Been Doing?

A lot of sitting around in our underwear! LOL! For real. Sorry, no pics of that!

With the girls gone from 9-1pm every day we had a lot of free time on our hands.

We spent the first couple of weeks scouting out property in town. We’re currently renting the house we’re in. And the more we fall for this town, the more we would like to have our own little casita here. We offered to buy this place off of our landlord, but he’s hoping to keep it for his son. Fair enough. We’re not full of cash, so we are looking for more obscure ways to find cheap land. Like driving around and finding plots we like, then trying to find the owners of it and see if they’d be willing to sell.

Whether we buy something or not, the hunt is the fun part. Finding a property and dreaming of what we would do to it is a fun way to pass time. We’re dreamers. The hunt has brought us on some interesting “goose chases”. We met some helpful people. But no luck on finding anything. YET.

Then Eben Had Surgery 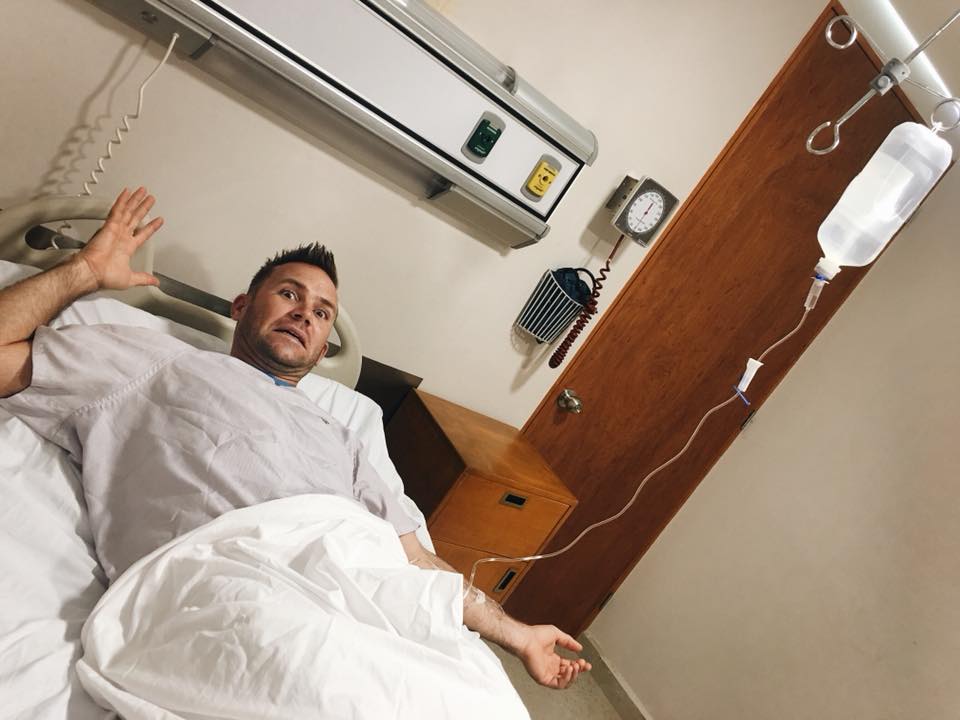 Eben has had a Pilonidal cyst for a couple of years. Google it for pictures if you have a strong stomach. Or ask Eben for pictures, he loves showing people!

A couple of years ago Eben went into a friend’s boat to close the hatches when a sudden rain storm hit. He slipped on the wet steps of the companionway and fell down the 3ft feet, to land on his rear. This was the beginning of his cyst. The skin at the top of his butt crack split. The scar tissue must have gotten a hair growing in there or something, and from that point on it just kept growing.

We had checked to get it “fixed” while we were in Canada last summer, but it was an extremely slow process just to get to meet a surgeon. Forget the time it would’ve taken to book a surgery! So Eben lived with it. Until he finally got sick of it this summer and we found a surgeon here that could take care of it. One week after meeting the surgeon Eben was on the operating table.

The doc came out of the surgery saying the cyst was bigger than he had thought, and then showed it to us. GROSS! So glad that thing is out of Eben’s body! Since then we have been dealing with recovery. It is a slow and boring process. No moving. Eben has been spending most of his days stuck laying on his stomach while his crack heals. 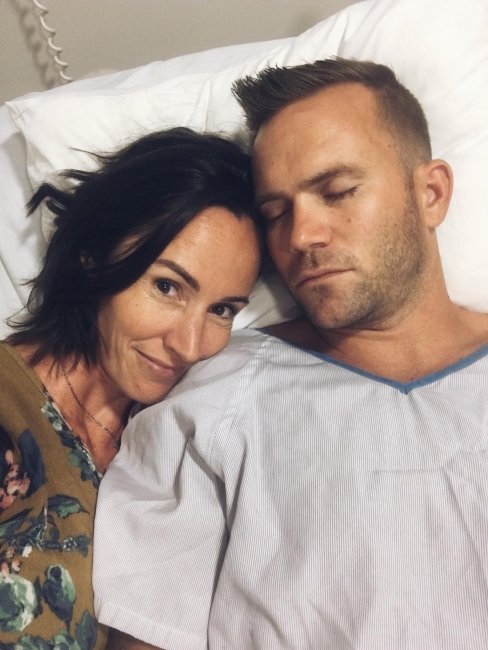 Eben does not do well at sitting still. It is a huge mental challenge.

The healing has been a bit of a rollercoaster, but I think we are on the upswing now.

When I said we’ve been sitting around in our undies, I was serious! We have been mostly at home, letting him heal. Encouraging him to take it slow. We’ve been doing short outings here and there, but been keeping them mostly to less than an hour on his feet. It has been sucking for him, but I’m proud of how he’s been taking it slow, even if it is making him crazy.

To help pass the time we’ve been watching a lot of UFC, movies, reading books, playing games, cooking, and having at home happy hours.

When we’ve been leaving the house it’s mostly to see friends, find a pool, or a beach, or something fun to get the girls moving. Because as well-behaved as our two are, kids can only handle so much down time before they get bored and start fighting. Poor Eben can’t get in the pools, but at least it gets him out of the house. 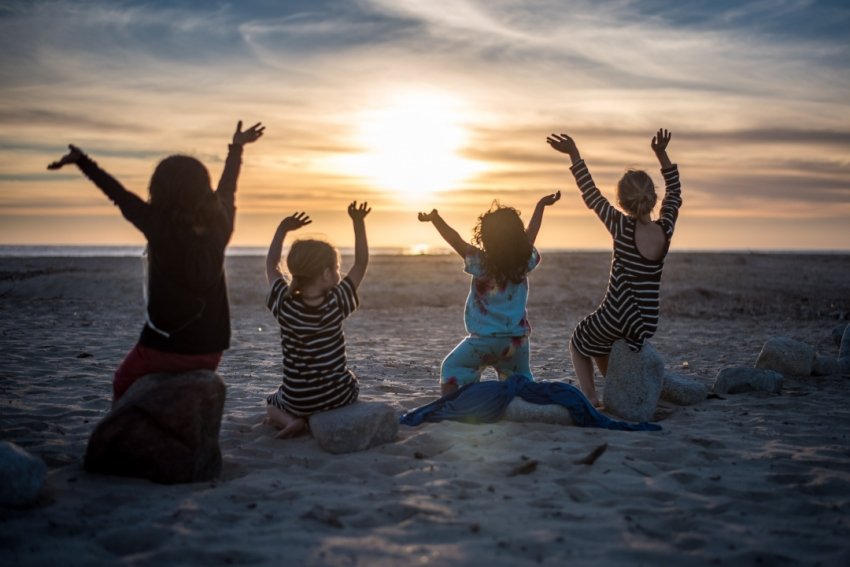 September is the month that everyone has been warning us about. It is the reason most people leave town. Apparently it will get uncomfortably hot and humid (we don’t have AC). And the Bobos come out. Bobos are annoying minuscule flies. They don’t bite, but they come in swarms and love to hangout on your eyelashes and in your ears. It’s a cause for insanity! It is also hurricane season.

So keep us in your thoughts!

However, on the upside, come October a lot of our friends will have returned to town, the weather will start cooling down again, and I can start thinking about Dia de los Muertos costumes without being that crazy lady that plans costumes months ahead of time! 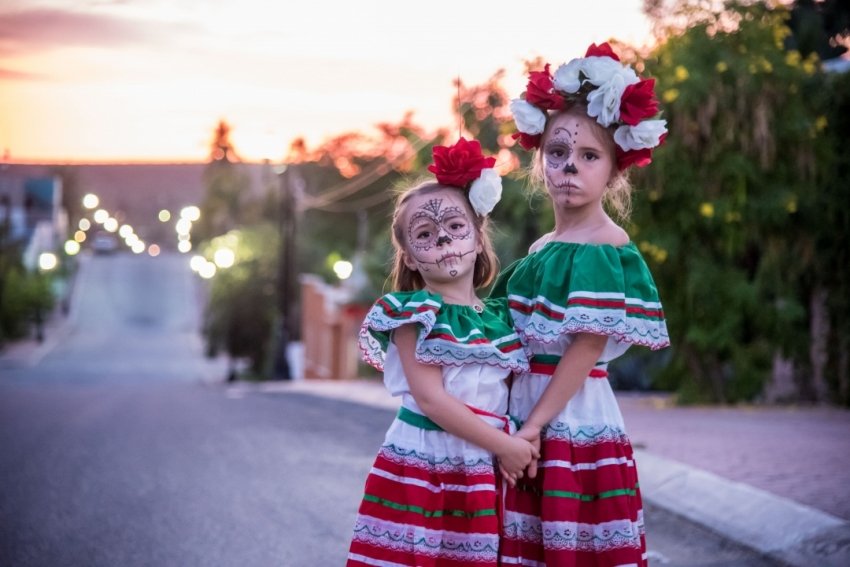