Home/15 Best U.S Destinations to See Whales In 2020
Previous Next

From private boat charters San Diego to extended excursions in Alaska or Hawaii, here are 15 of the best locations for whale sightings today in the United States:

Migrating gray whales pass by the Southern California coast from mid-December through mid-March. The San Diego whale watching season resumes in mid-June through September with blue and fin whales.

Humpback whales migrate south from the Arctic to birth and mate in the tropical waters surrounding the Hawaiian islands between December and May.

Feeding and migration seasons overlap in Monterey Bay. Orcas are numerous in the late spring and early fall. See humpbacks from March to November and gray whales from December through May. Blue whales are more common between May and October.

Blue, beluga, humpback, minke and killer whales can be seen in Alaska during the summer months. Gray whales pass the mouth of Resurrection Bay during the northern spring migration.

See orcas year-round off the shore of Washington state. Gray whale sightings are most frequent from March through May. Humpbacks can also be spotted here in late summer.

The late summer and early fall are the best times to see fin, humpback, killer, pilot and right whales in Cape Cod Bay.

Bar Harbor is another popular destination for watching whales in the Atlantic. Fin, right, humpback and minke whales may be seen during spring and summer. 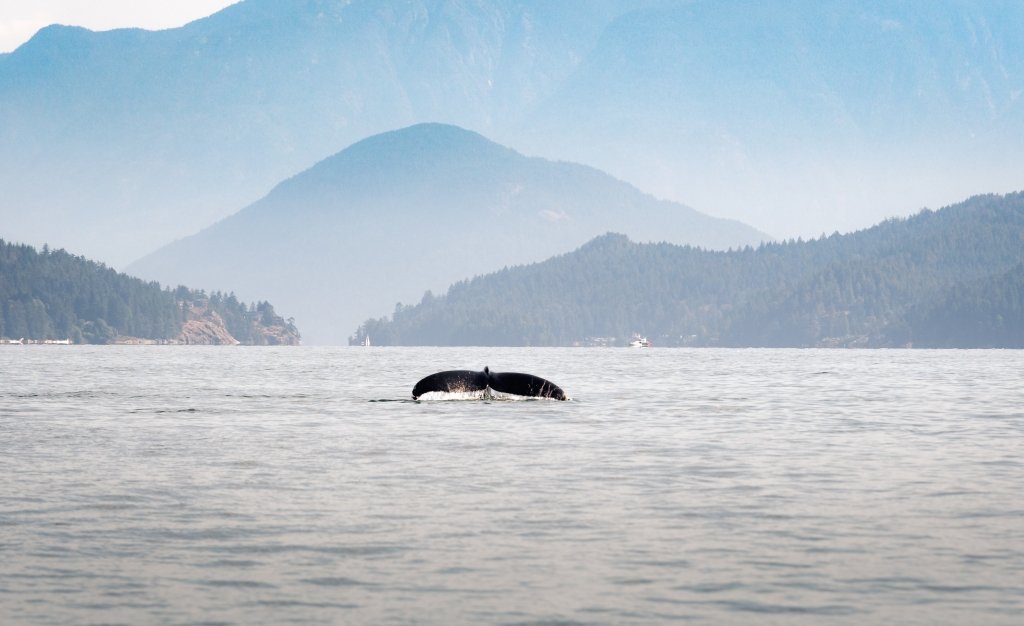 The capital of Alaska is a popular whale-watching destination. Spot humpbacks and orcas during the feeding season from May to September.

Gray whales pass through the Santa Barbara Channel during winter and late-spring migrations. Blue and humpback whales are relatively common, while minke and fin whale sightings are more rare.

As many as 20,000 gray whales migrate past Depoe Bay every year. Approximately 200 remain off the coast between northern California and British Columbia for the feeding season between June and September. Blue whales, humpbacks and orcas can also be seen in this bay.

Endangered blue, finback, right, sei and sperm whales may be seen in the Atlantic near New York at any time of year. Humpback whales are more common from July through September.

Non-migratory humpback and finback whales can be seen off the coast of New Jersey all year round. Minke whales are also occasionally spotted.

Endangered humpback and fin whales can be seen in the mid-Atlantic between December and March.

Look for North Atlantic right whales off the coast of Florida from December through March.

Seasonal migration patterns play a part in determining the best locations for whale sightings today. Depending on the location, it may be possible to see more than one type of whale at the same destination.