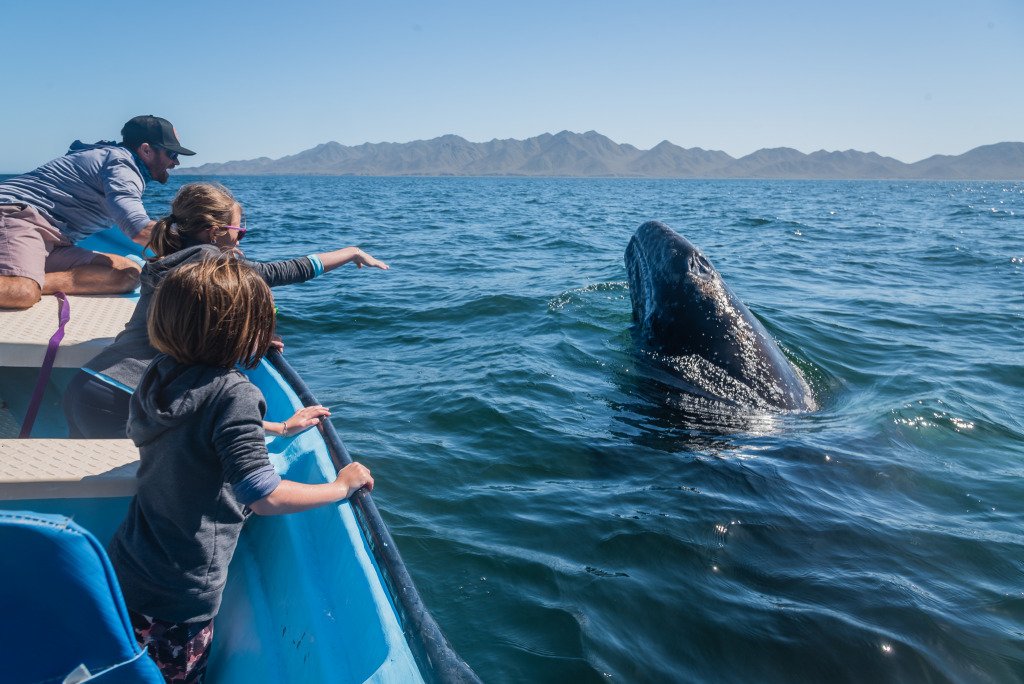 When we drove down to Todos Santos from Canada, we took rest-stops nightly, but we weren’t sight seeing. At that point we didn’t know much about Baja anyways, so we didn’t even know what spots were worth stopping to see. After landing in Todos Santos and living here a little while, we started hearing about all these amazing “must-do” trips along the way. Specific beaches to visit, towns to walk through, swimming with whale sharks and sea lions, and whale watching in Magdalena Bay. 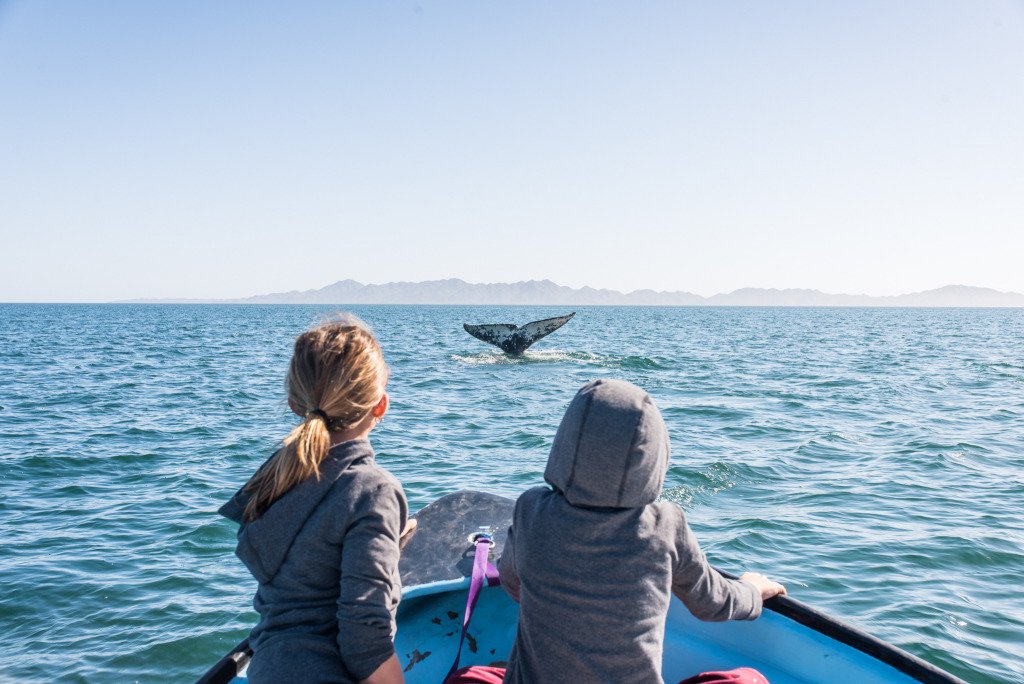 It took us three years to do the drive North to see the whales, but we finally did it and it was so worth it. In general the whales arrive in late December and early January and stay until early to late April. We were doing this trip at the tail-end of the season, not on purpose but because I realized it was coming to a close and if we were going to do it this year we needed to do it now.

After chatting with Captain Marco from Magdalena Bay Whales and looking over the weather forecast, we booked our two-night adventure. The plan was to see some whales and other marine life, boat through mangroves, jump off sand dunes, visit bird island, sleep in tents on Magdalena Island, eat delicious food, and take tons of pictures for them! Which we did…we took tons of pictures! 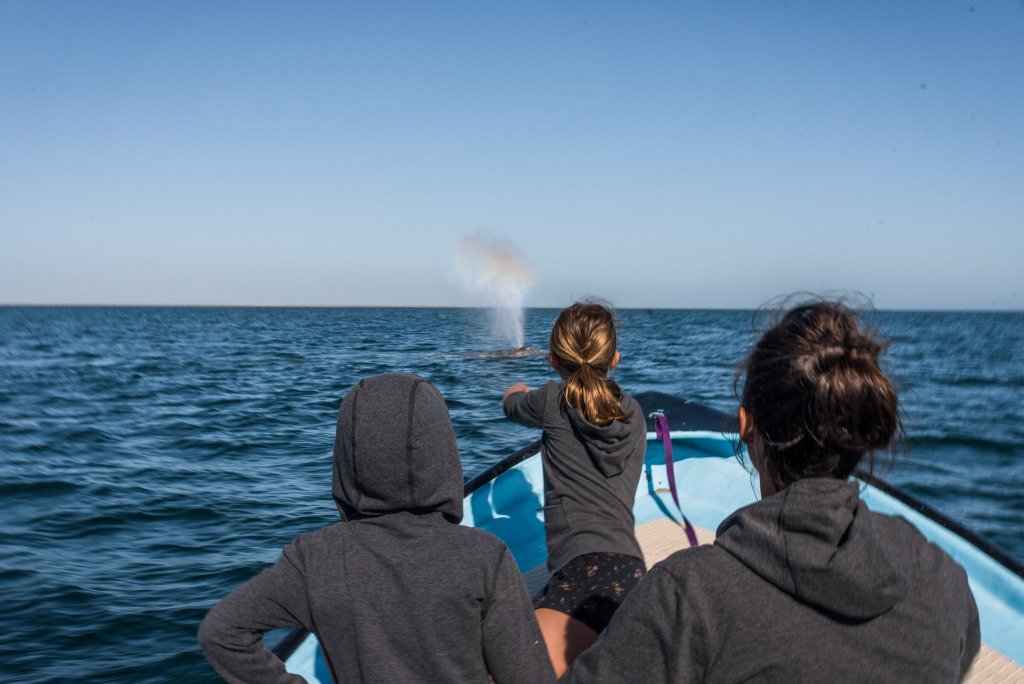 Day 1, On The Boat and To The Island

As soon as our boat was in the water we were spotting whales. We have done a whale watching trip before in Cabo San Lucas, but this was something else. The whales were so close! Just going from San Carlos (where we put in) to the Island Whale Camp (on Magdalena Island) we were zigzagging, excitedly going from one whale spotting to another!

Once on the island we were given the option of which tent we want. The tents are so spaced out so that you feel like your tent is the only one there. Each of them have great views. The only thing we had to choose was the bed arrangements. We chose one close to the beach, with easy access to the common area. 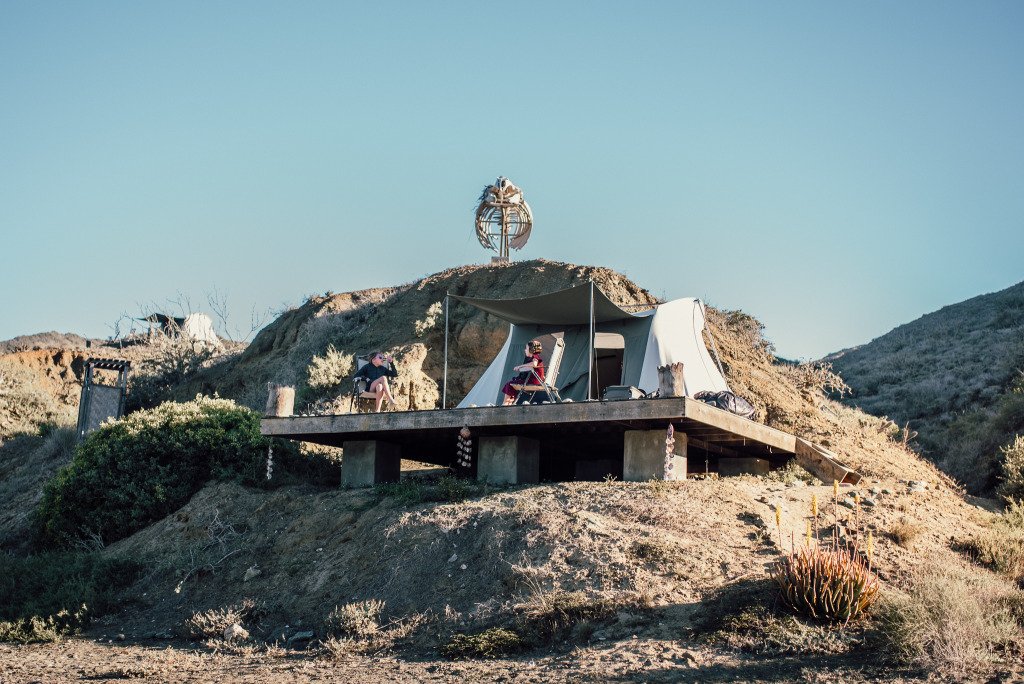 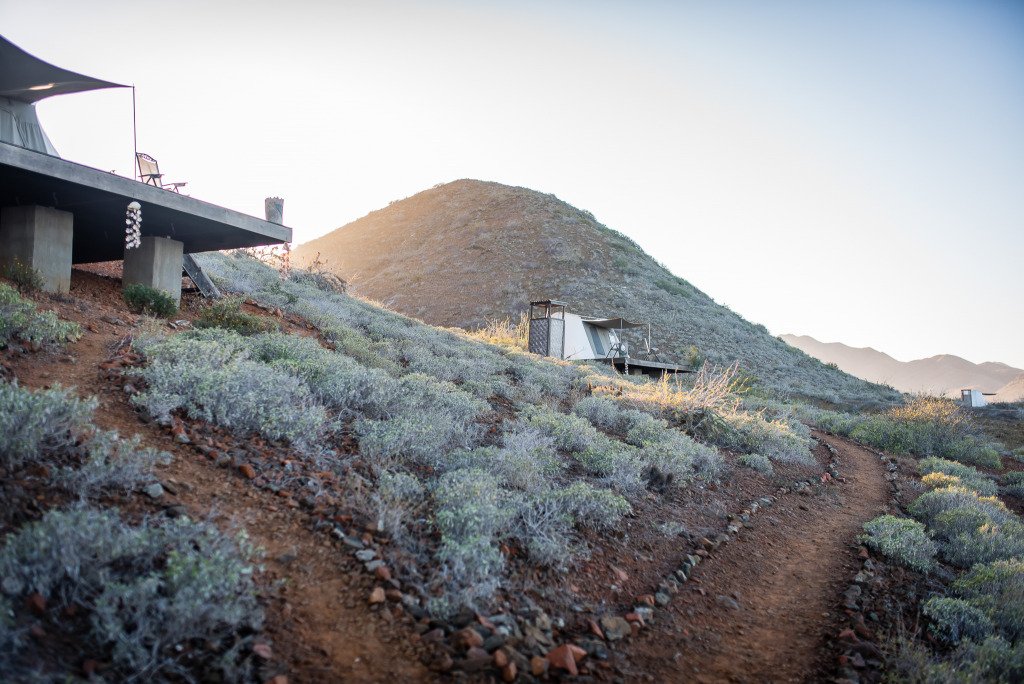 At supper time the generator comes on, to light the common area, and to give everyone the opportunity to recharge their phones and camera batteries. They turned it on again at breakfast time. Outside of those times, no power. It felt really good to disconnect. Although our phones could get “some” service depending on where we were standing, we used this opportunity to just put the phones down and enjoy our family time (unless they were needed as flashlights). 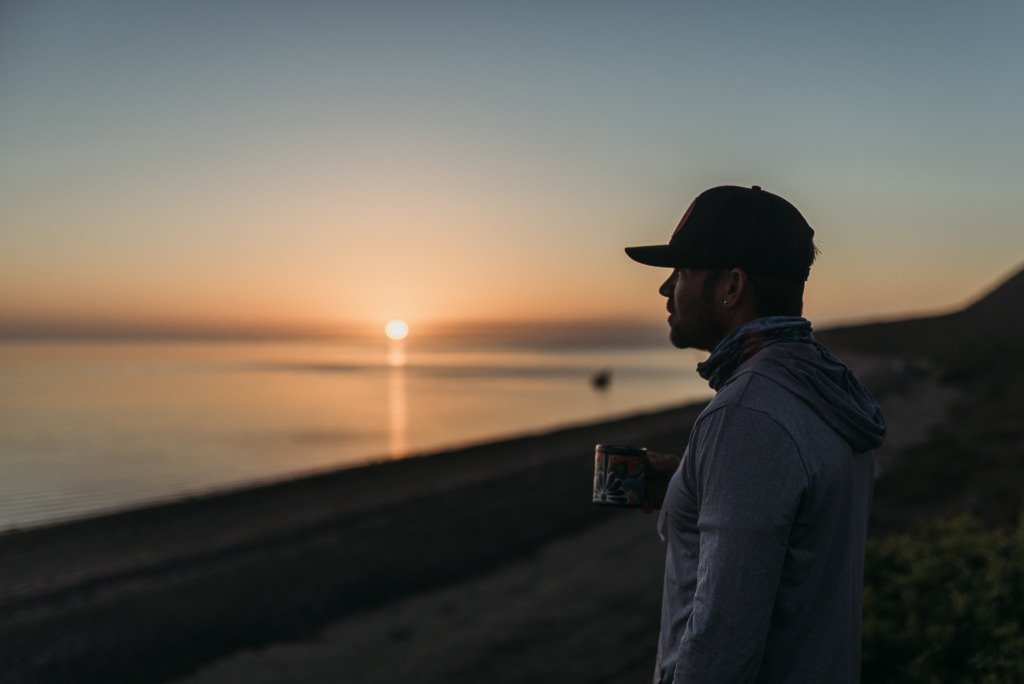 My favorite part about the menu was that it is very local, meaning it gave us 2 days of meals to try that we don’t prepare at home. We learned on our first night that the portions are huge. We were all hungry sitting down, and overly stuffed at the end of the meal. We’d also sit there, eating our current meal, scanning the menu for what we’d eat at the next one. My favourite was Rajas de chiles. So good. 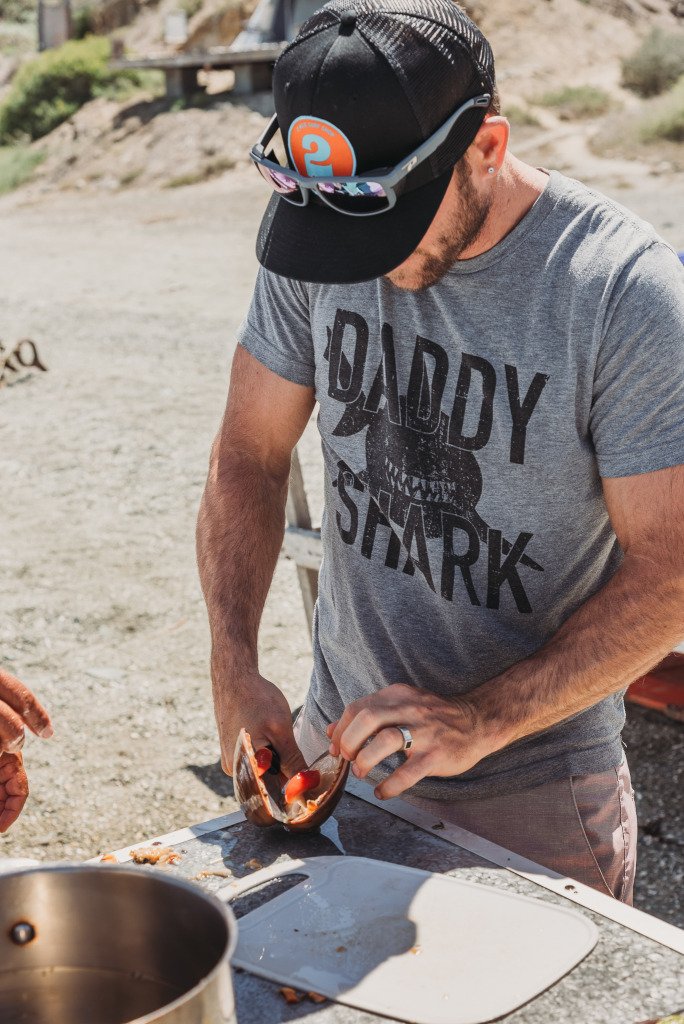 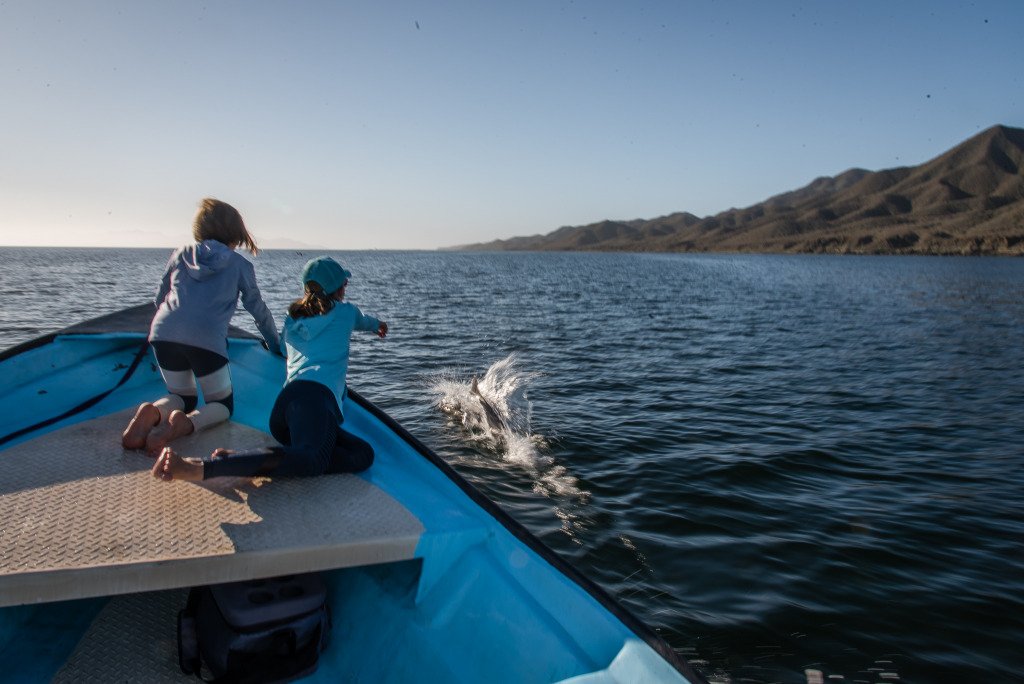 Day 2 was our dedicated whale tour day, although we saw whales all three days that we were on the water, this was the day that we were out looking for them. We found many. But the favorite was, of course, when we spotted a mama and baby whale. The not-so-little baby was very intrigued by the boats and would come right up next to them. Mama was always close by. We watched the baby go up to a boat next to us and let the guests pet it. Unfortunately for us we didn’t have the same luck, but that only means we will have to go back next year. 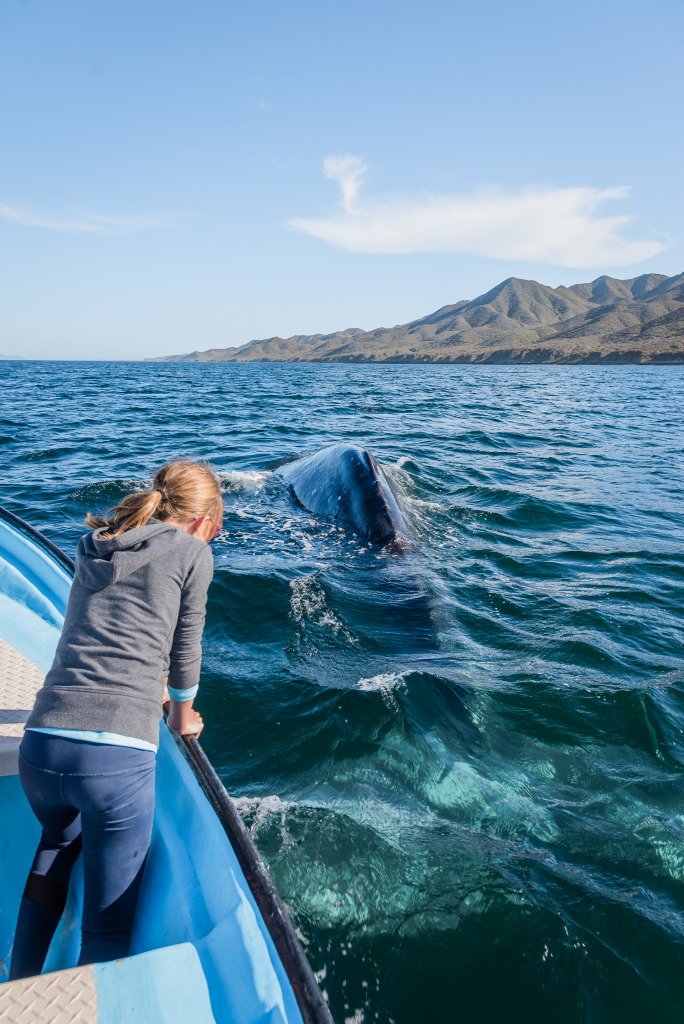 Outside of the whales we also boated with a pod of dolphins. And then…from afar, Eben spotted some birds going crazy at the water line. We boated over and ended up in the middle of a feeding area, with birds diving, a pack of sea lions eating, and more dolphins swimming in it all. This was one of my highlights. Animals everywhere! 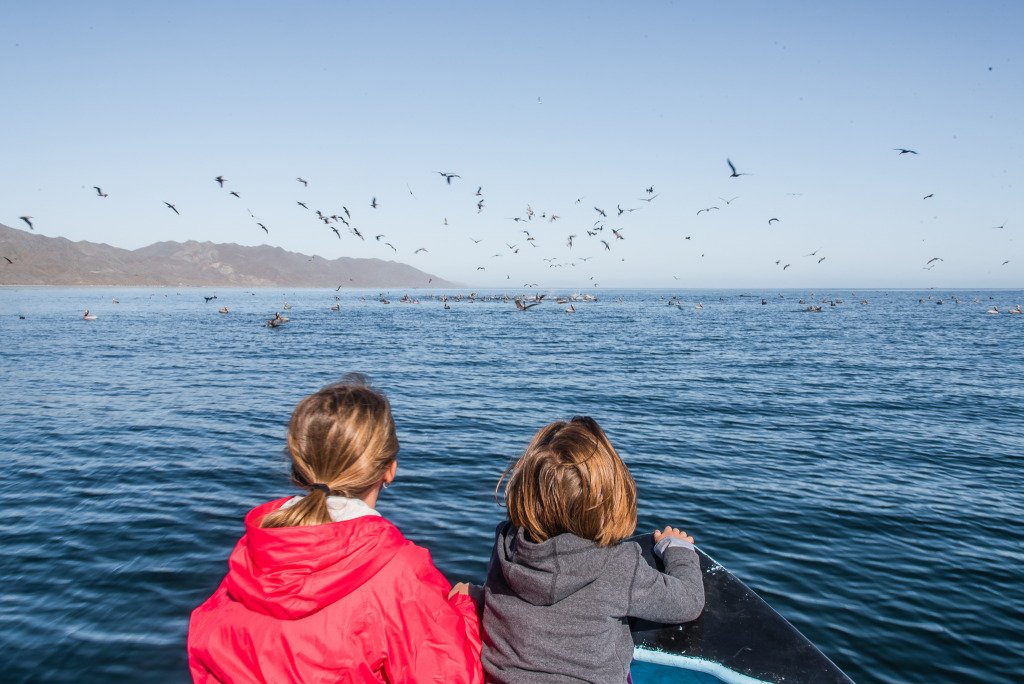 Halfway through the day we headed back to camp to let the girls run around, play on the paddle boards and kayaks (which they would not stop telling us how excited they were to do), and eat some lunch. We also got a surprise appetizer of fresh caught “chocolate” clams, which were fresh from water. One of the captains taught Eben and Arias how to clean them, and then showed us the steps for dressing and eating them. 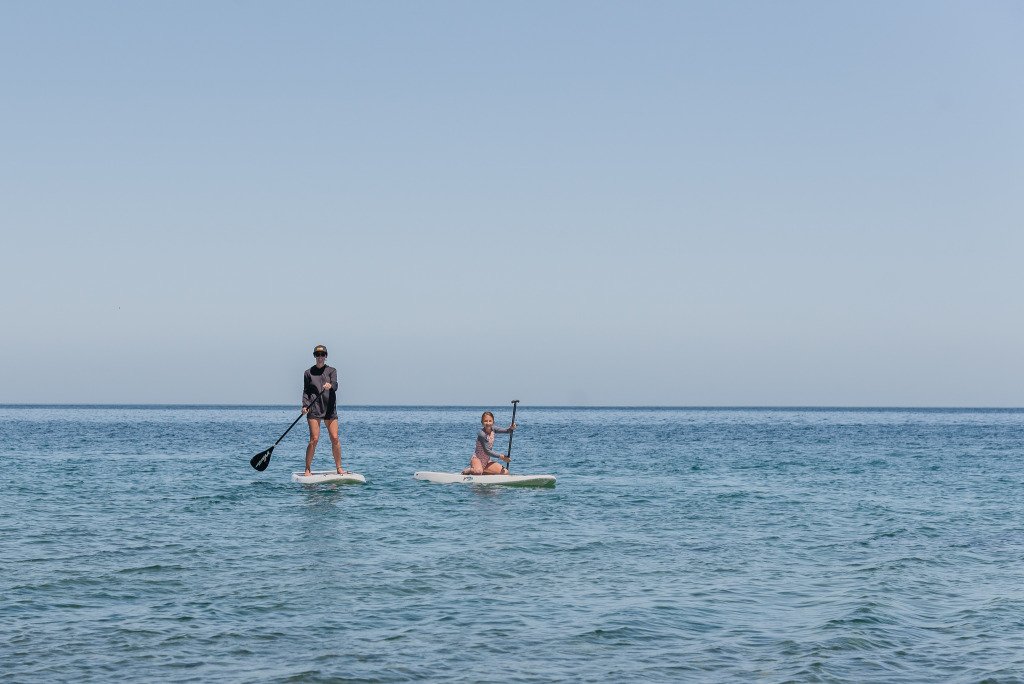 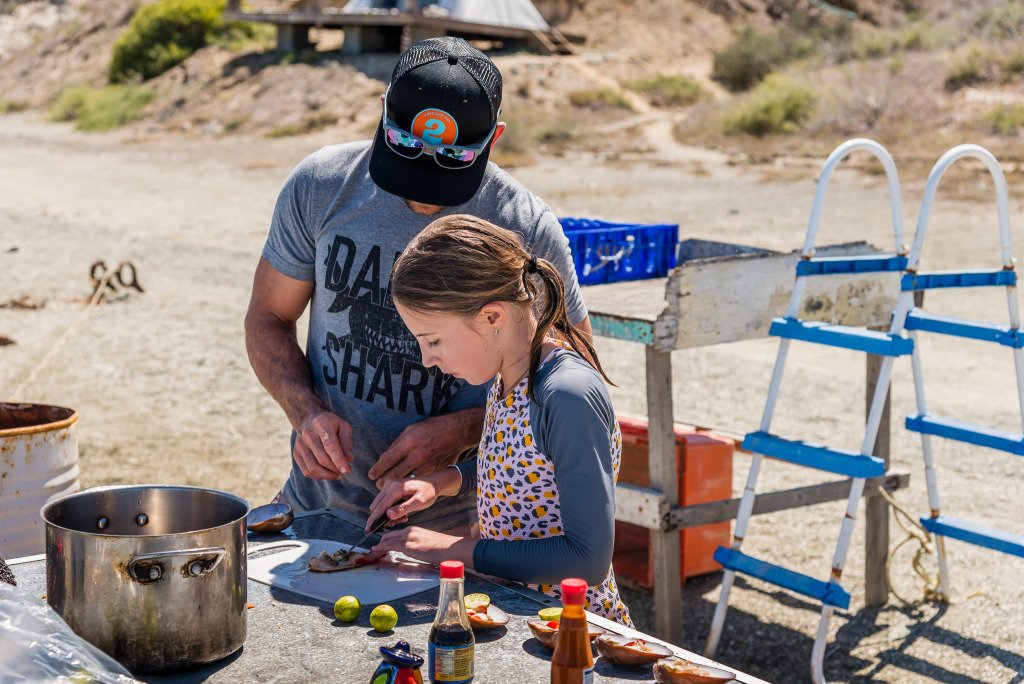 The rest of day 2 involved more whale watching, boating through the mangroves, and then back to camp for more food. As you can tell, we were well fed on this trip!

A suggestion, bring Wind-breakers and warm clothes. When the boat is still and there is no wind we were peeling layers off. But when we were moving we were using every layer we had on had!

For our last half-day we first hit up the sand dunes. The girls were so excited to go jump off of them. They got SOOOOO sandy. To the point where we told them to take off their pants and shake them out before getting back in our boat! 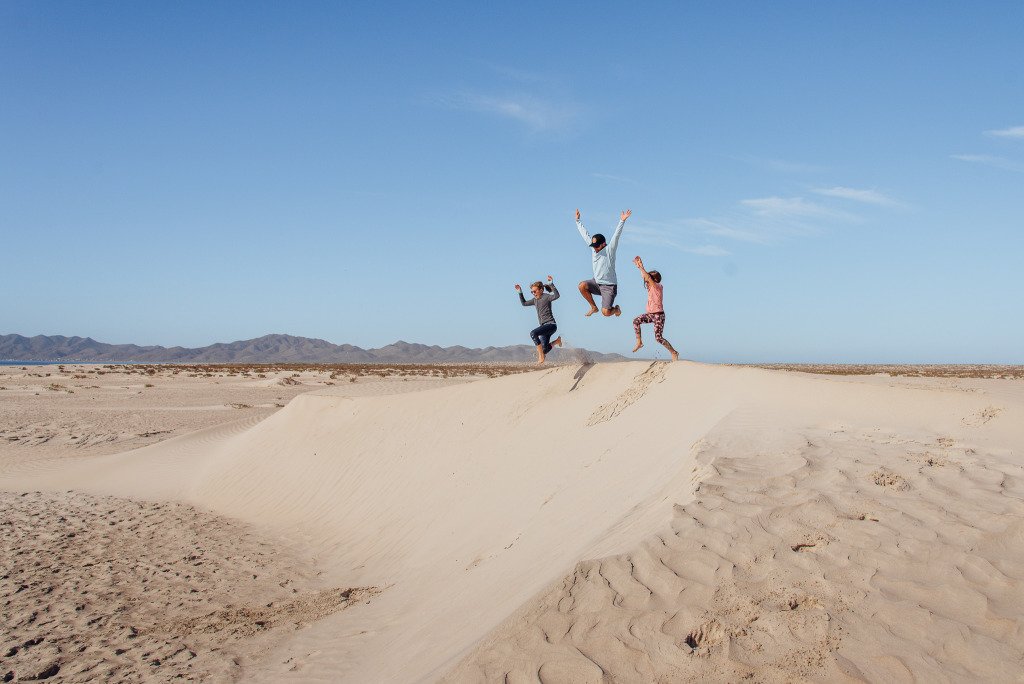 Then we boated to some far-off mangroves to venture in those. Getting there was an adventure in itself!

And lastly, before heading back to mainland we swung by Bird Island. That place is no joke. There were tons of birds. All lined up along the edge of the shore, like if they were waiting in line to take up, except they wouldn’t take off. They just sat there sun tanning. It was quite the site. 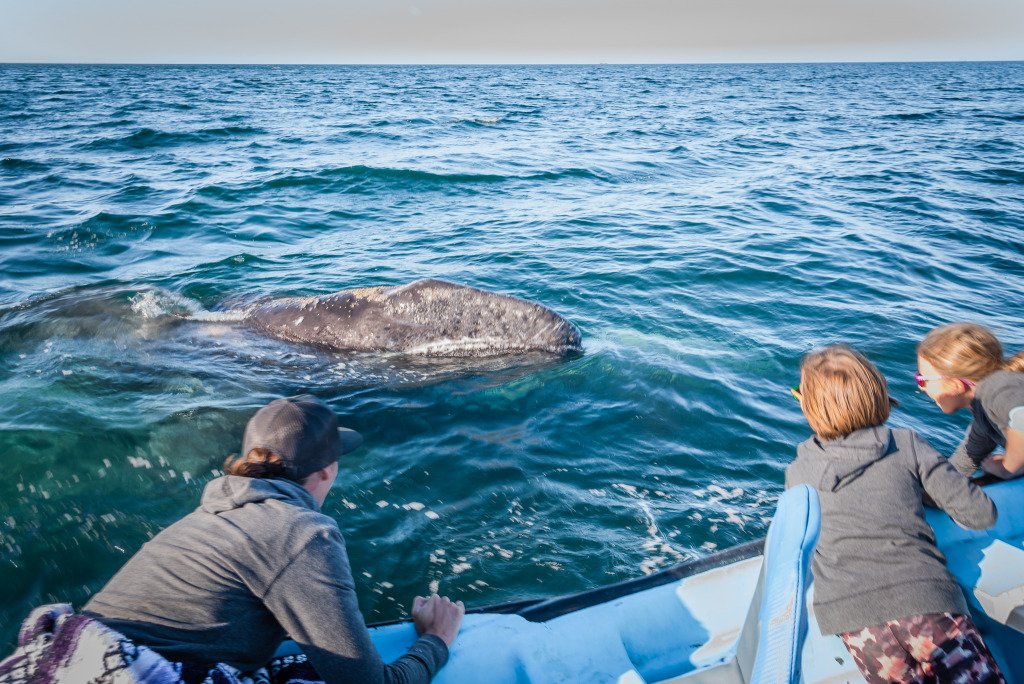 We had such a good time on this trip. As we were packing our bags back into the car, Ellia burst into tears saying that she didn’t want to leave. The mix of uninterrupted family time, yummy food, and amazing encounters with marine life, made it that she wanted to stay longer. I think we all did. Had it not been for having to get back home to continue overseeing our house build we definitely could have used another day or two there to do the other activities offered that we simply didn’t have enough time for (fishing, hiking, going to the fishing village, beach combing, and maybe another chance at touching a whale!!) 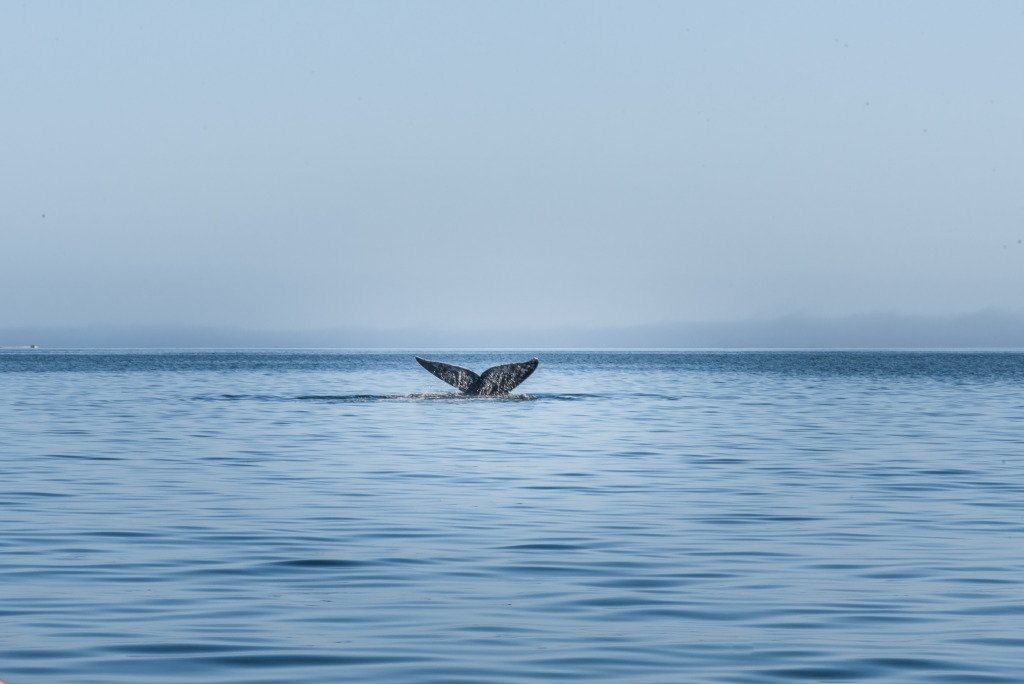