Being that we lived on a boat we thought it would be smart to get the girls used to being in the water from a very early age.  Both of them were splashing in the pool or ocean merely weeks after birth. We were dunking them left and right and getting them used to a little water on the face. The main reason for that is because I am a huge wuss when it comes to water in my face, you should see me dodging the spray in the shower. So we were trying to avoid that fear in our daughters. Arias was a quick learner after a few months of living right next to a pool, which we went to for hours on end, daily, she was swimming on her own by the age of two.
We did have an odd thing happen with Arias though, when we returned to the Bahamas after the birth of Ellia, something changed for Arias. She completely regressed. She went from our early swimmer to not even wanting to go near the water, not even when accompanied by an adult. I don’t know if she had a scare while playing with the older kids, or if the ocean in the Bahamas was saltier than the other oceans she had been in before, but there was no way we were getting her near that water. It was discouraging as a parent to go from having an autonomous child to having to start at zero again, floaties on and parental assistance. On the flip side, it did make life slightly easier, with having an infant to watch over now too, to know that my toddler would not go near or into the water on her own. I didn’t mind so much letting her play on the beach knowing that she was keeping her own safe distance from the waves. After months of baby stepping her back into swimming she was back to splashing around and having fun. But the doggy paddle was where we were at. Ellia also loved playing in the water, and randomly being dunked without too much fuss, but there was no question of letting her swim freely unless she was wearing her floaties and a parent was very close at hand. (btw we found these great floaties at Target, in the states, and we absolutely love them. They gave Ellia, and me, a huge amount of freedom. I totally recommend them for any child that is learning to swim, they have a good amount of mobility in them and are kept safe of ending up face down in the water.)
After one month at our Hometel, with a pool and a beach in our backyard, our girls were getting quite comfortable in the water. And then with only two weeks of my mom being around and taking them swimming daily, the girls have both progressed leaps and bounds. Because although in that first month the pool was always available, I am a bit of a wuss (yes again) when it comes to chilly water, so I wasn’t often in the pool with the girls teaching them. But with my mom around Arias went from doggy paddling to doing the breast stroke underwater! It also took her some goggles to keep the water out of her eyes and a pool cap to keep the hair out of her face, so it seems she may have inherited some of my less fortunate attributes. In the two week period she also went from quickly dipping her head under water to know doing contests to see how long she can hold her breath, and she is at an astounding 42 seconds under there. As for Ellia, she caught the “if my big sister can do it so can I” bug. Forget the floaties, she wants nothing to do with those “baby” things anymore. She is having a blast dunking her head under water, jumping into the pool unassisted, and swimming about 3 feet under water to the safe arms of an adult. She is incessant too. No breaks for her. As soon as she comes up for air her first words are “more”. I force breaks on to her so that she doesn’t pass out from repetitively holding her breath underwater. The only thing is we have to keep a close eye on her, because with her new found skill also came a huge amount of confidence, which isn’t necessarily warranted, and she will just start swimming underwater, unannounced, without having learned the ability to kick hard enough to bring her head back up for air!
We are so proud of our big girls, and they are extremely proud of themselves. Now Mama just has to make an effort to get in to the cold water with them and possibly even get my face wet to teach them some more underwater skills. 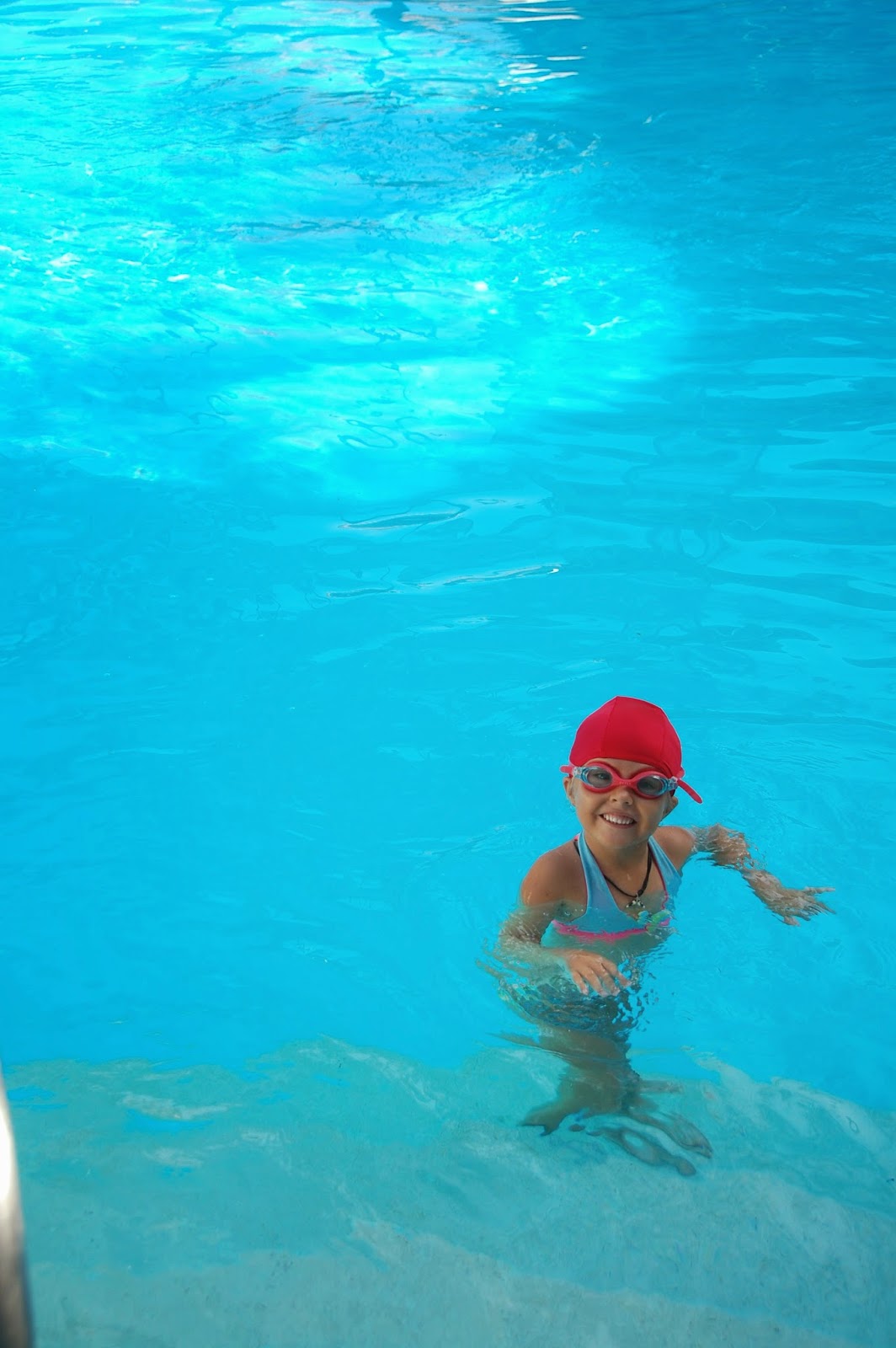 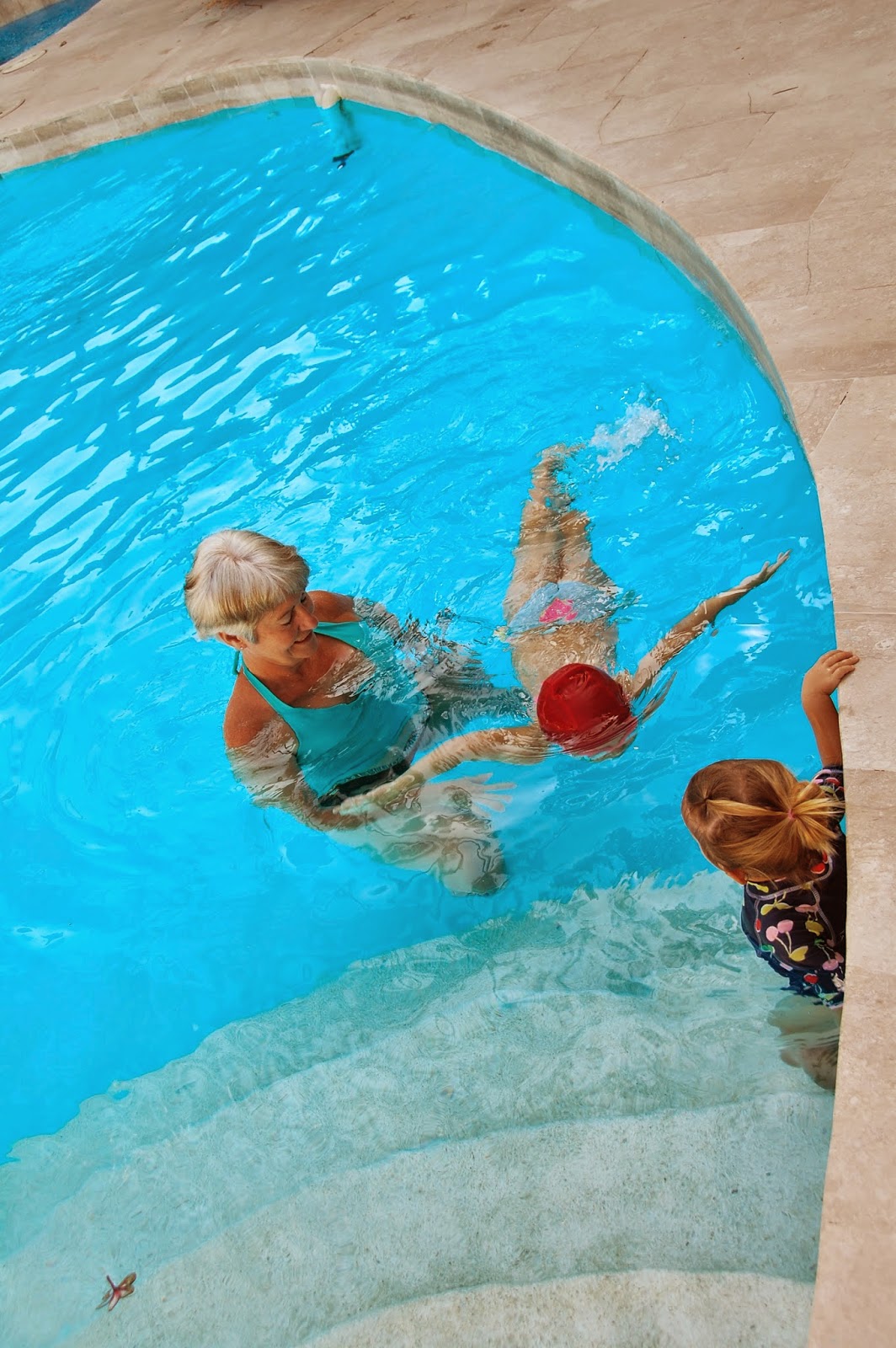 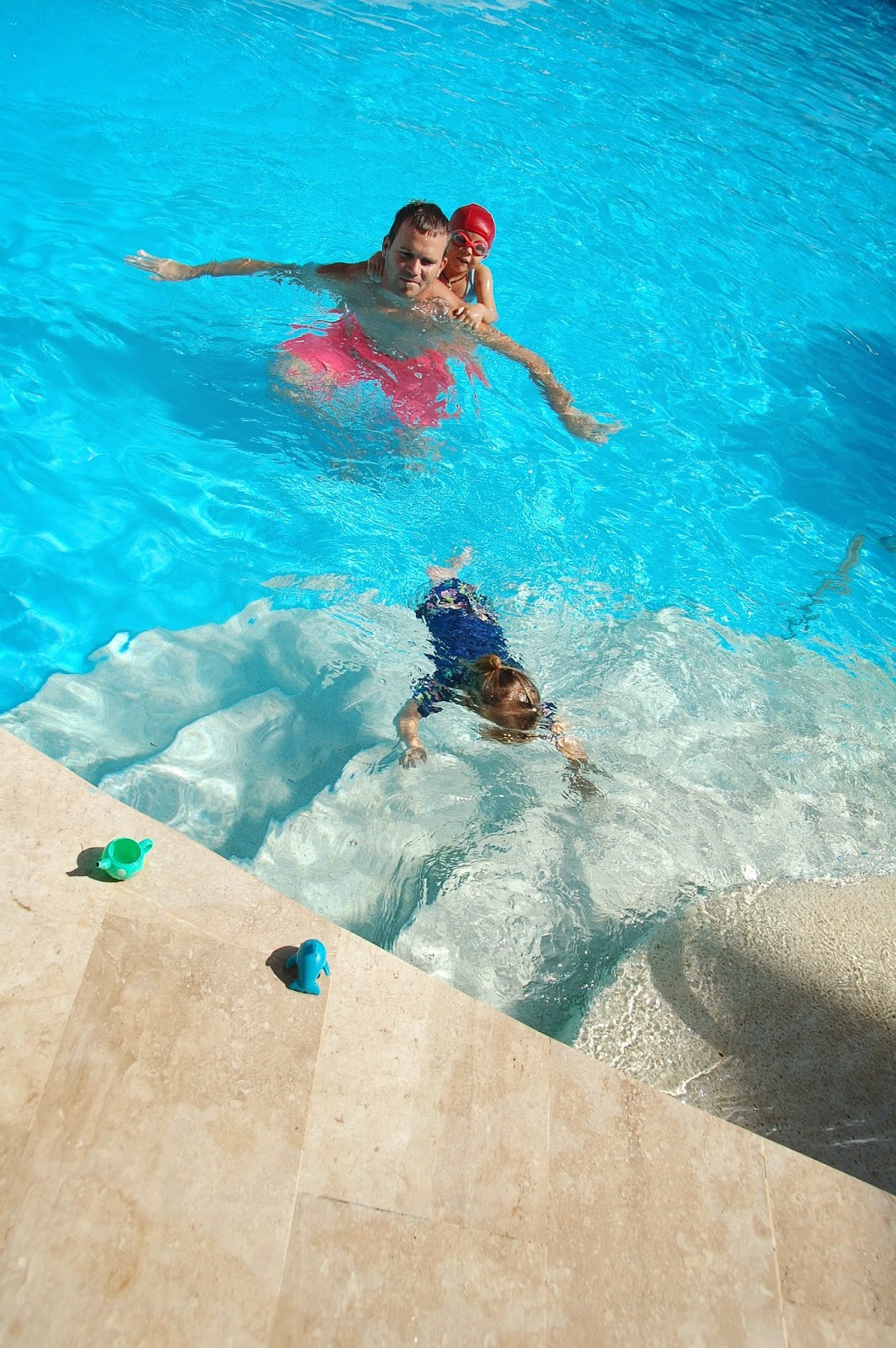 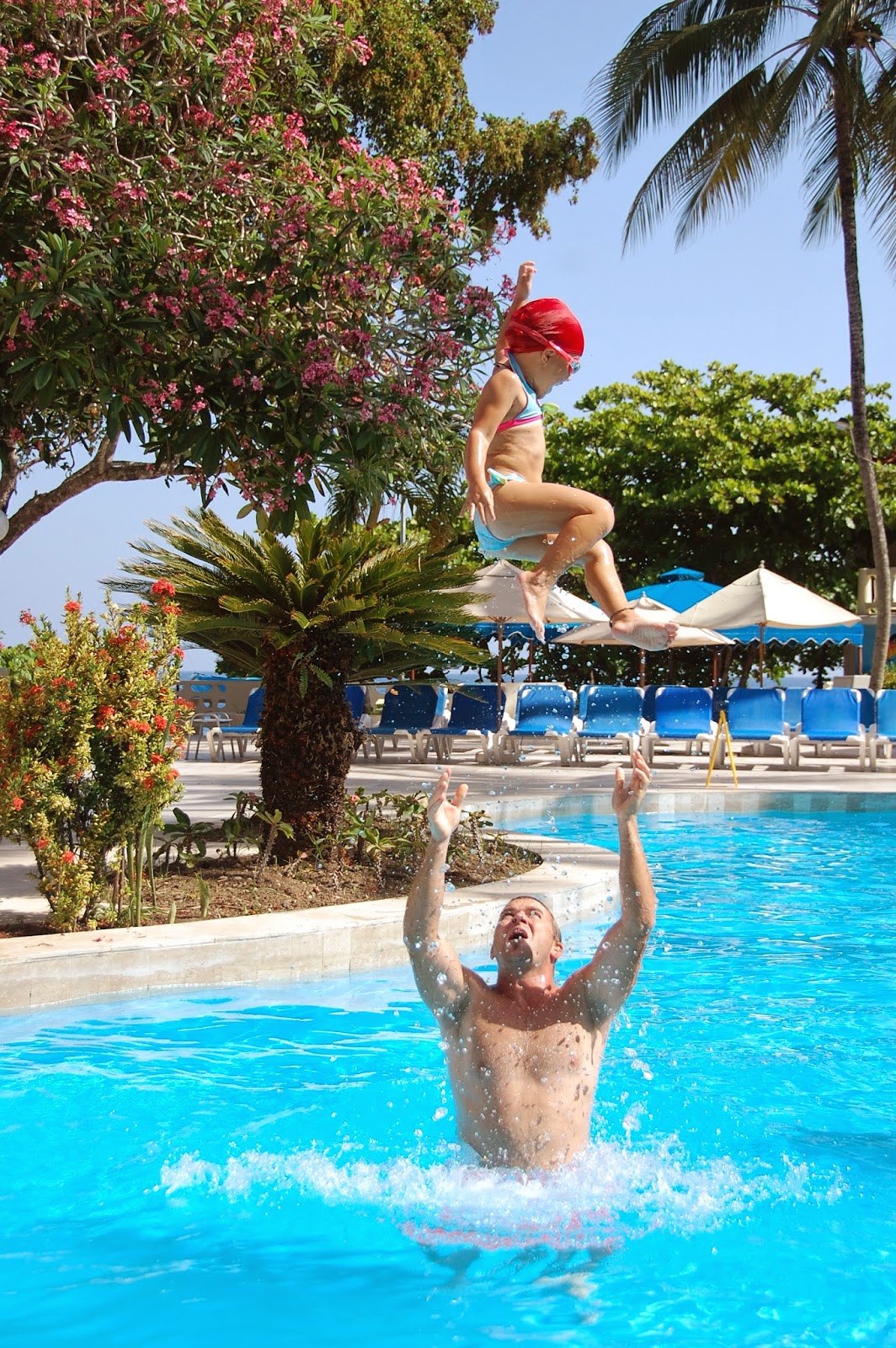 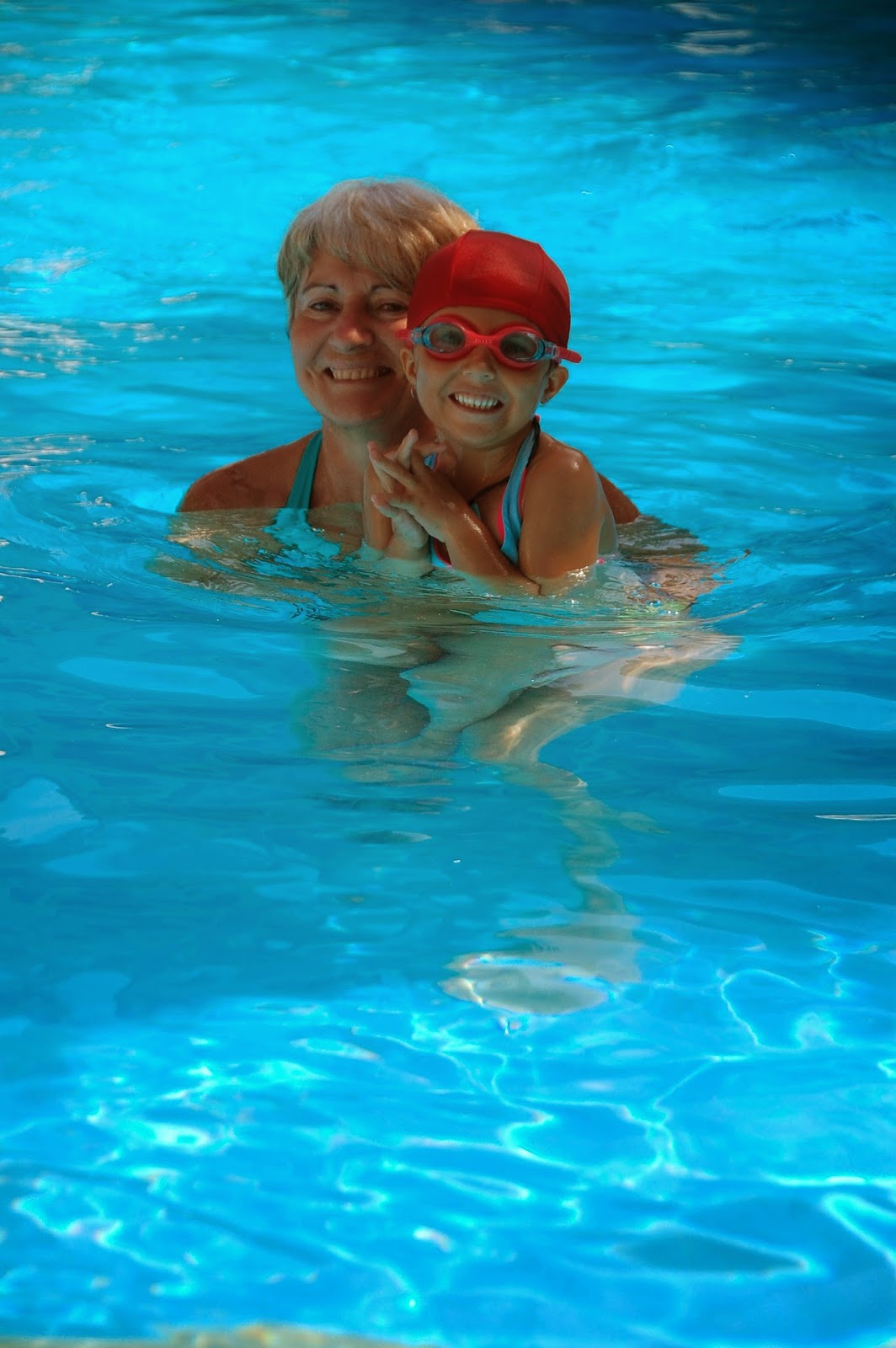 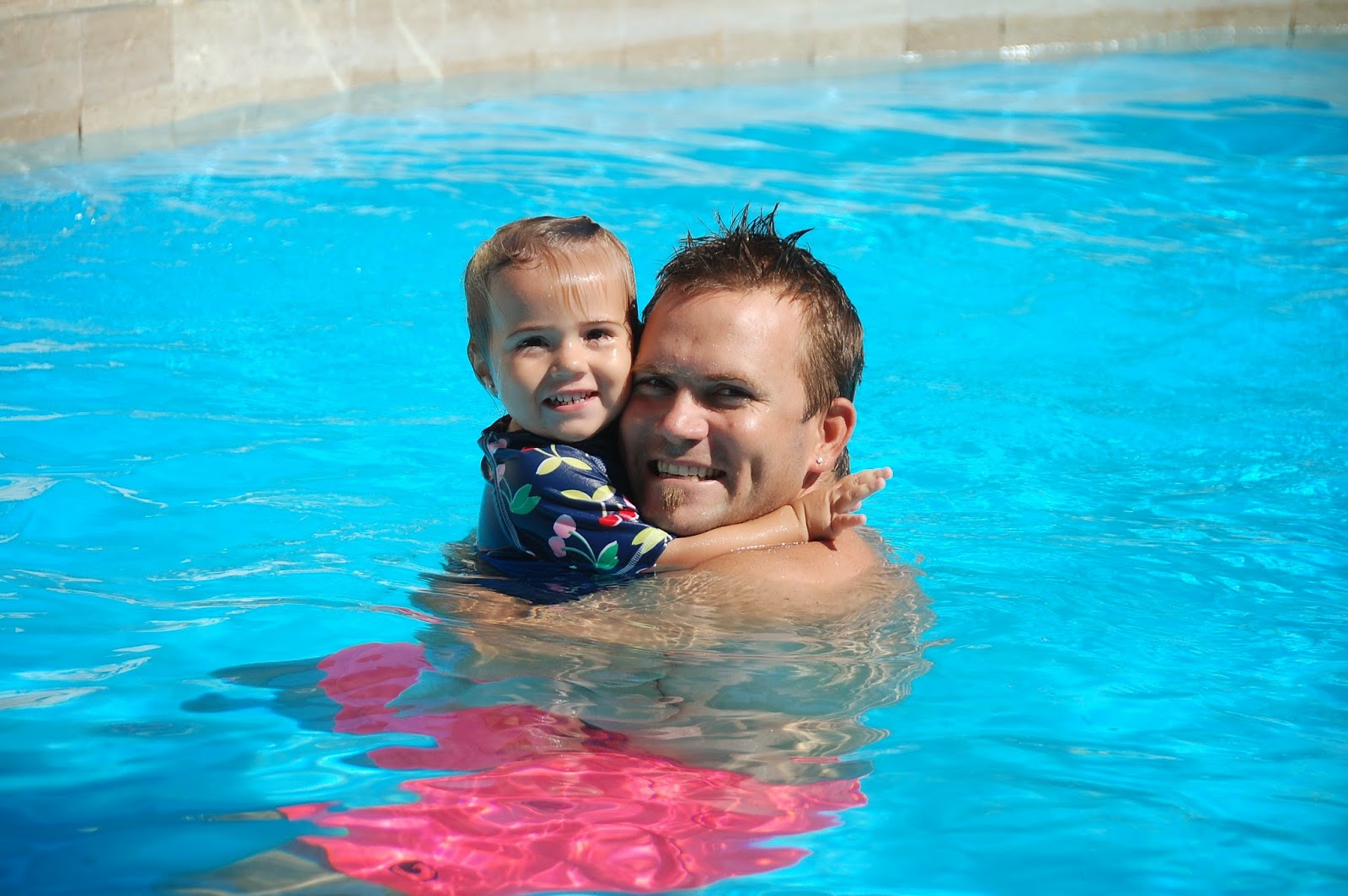 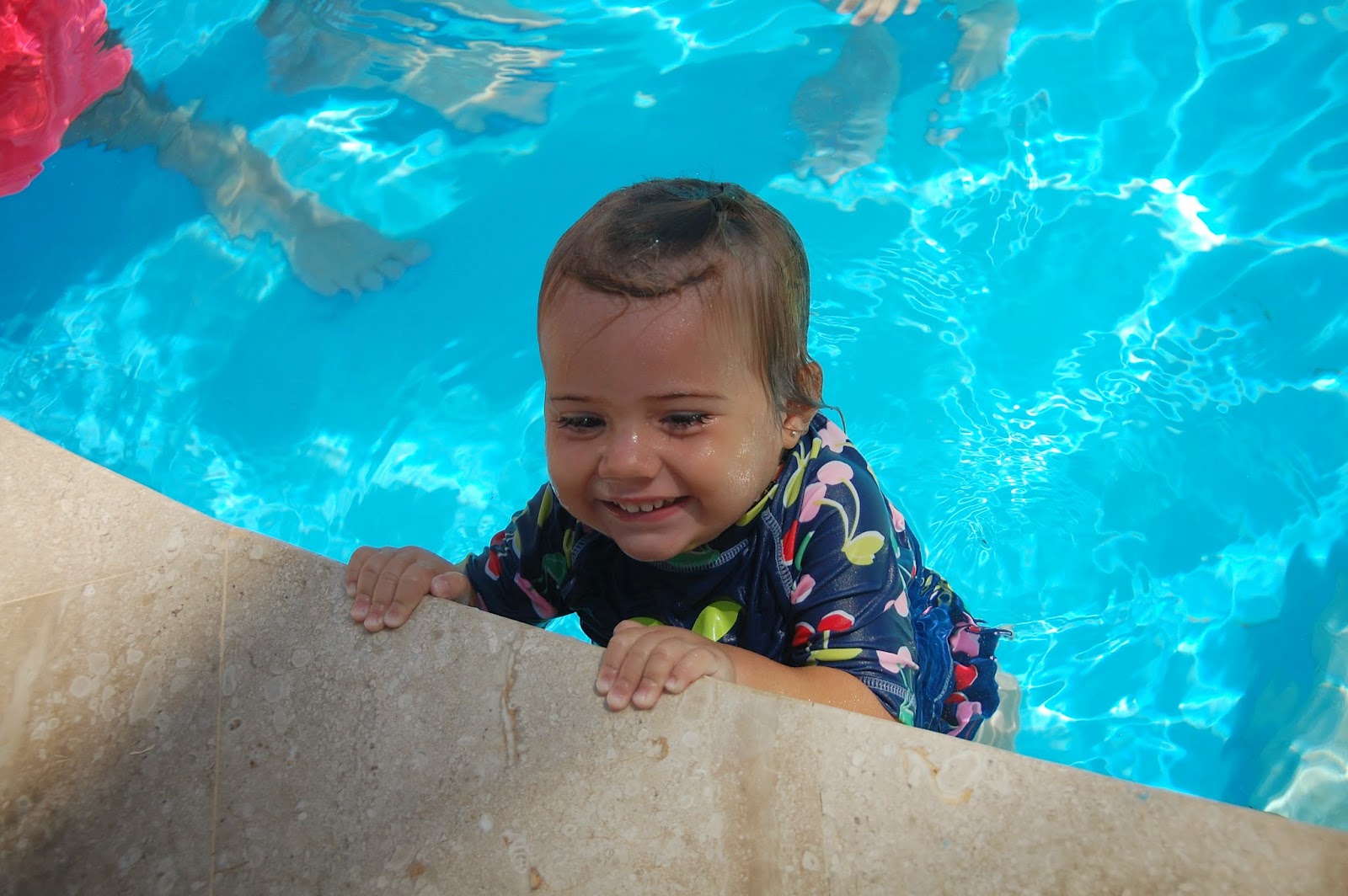