Semana Santa is not a little thing in the Dominican Republic. They take this four day holiday to a whole other level. For the whole week leading up to Easter weekend, with the weekend being the peak highlight, Dominicans start a mass exodus towards the beaches of the North shore. This area gets crazy with people from all around the island congregating to one of the few spots where drinking is still allowed during the holiday, to party like there is no tomorrow. During this time we learned that many of our Gringo friends take the opportunity to vacate and head to higher grounds, away from the beaches and the crowds. Or they lock themselves in their homes and don’t come out until Monday morning.
Trying to avoid the chaotic roads where people abide by the road rules even less than usual, we opted to do a lot of “at-home” activities. With Easter on its way there was an abundance of crafts that I could get the girls involved in. We made easter drawings, made half a dozen bunny-ear headbands, and Semana Santa cards for pretty much every one of the staff at the hotel. But the culmination of all of these crafts were the traditions that we carry over every year.
First there was the making of the basket, to collect all the chocolate with. This year we went all out and made paper mache baskets. First we had to head to the grocery store to buy flour, balloons, and get some old newspapers. Once that adventure was over with we started making a mess. The newspapers were torn into strips, the flour and water were mixed together to a perfect consistency, and two balloons were blown up to make the base of the paper mache bowls. Arias was all about getting her hands dirty, with both of them fully in the mix, she was excited to get this project on the go. Ellia on the other had got a finger-full of goop and decided that this project was not for her, too messy. Once our balloons were sufficiently covered in gooey newspaper strips we set them outside to dry. Which, with the humidity here, took two days out in the sun. This project got to be two-part. Once they were dry the decorating started. We set ourselves up by the bar, (the adults have to have fun too!) and the girls used their creative brains to paint their baskets, and themselves.
Next project, less crafty and more yummy. Eben organized making Jello Eggs. This is a process, especially with toddlers that want to get their hands dirty. First you have to poke holes in the top and bottom of the egg shells, blow out the egg insides, and clean them properly. Jonathan, the guy working at the front desk was mighty happy about this project as he received 6 uncooked egg innards, which he brought to the kitchen for a midday snack. Then we made the jello packs, pretty much as indicated, but with a little less water to make them more gelatinous. The tricky, and messy, part is to try and get the jello into the eggshells. FIrst tape the bottom hole, and then find a way to get the liquid into the tiny top hole. This seems easy, but when you don’t have a syringe, or a funnel, or anything really, you find yourself using a ziplock bag with a hole bitten out of the corner, and jello liquid running all over the place. We put them in the fridge and let the girls eat them for breakfast on Easter sunday morning.
Of course there was an easter egg hunt, where the girls raced around our hometel finding the mini eggs that Grandmaman, I mean the Easter Bunny, brought for them. Following the hunt, and eating way too much chocolate before breakfast time, we headed to the breakfast buffet and handed out chocolates to all the staff we crossed along the way. As well as explaining to them the crazy tradition that we have that on Easter we tell kids that a bunny comes and leaves chocolate eggs for them. They all laughed and had a hard time finding the logic in that, there is none.
Finally, there was church. We headed to Charamicos, a nearby town, for Easter Sunday Mass. Although most of the people there for the 10am mass were whiteys the mass was still mostly in Spanish. It made for a funny sermon where we understood about 40% and Arias pretended to sing along to every hymn even though she had no idea what they were saying. The rest of the day was spent together, as a family, eating massive amounts of chocolate. 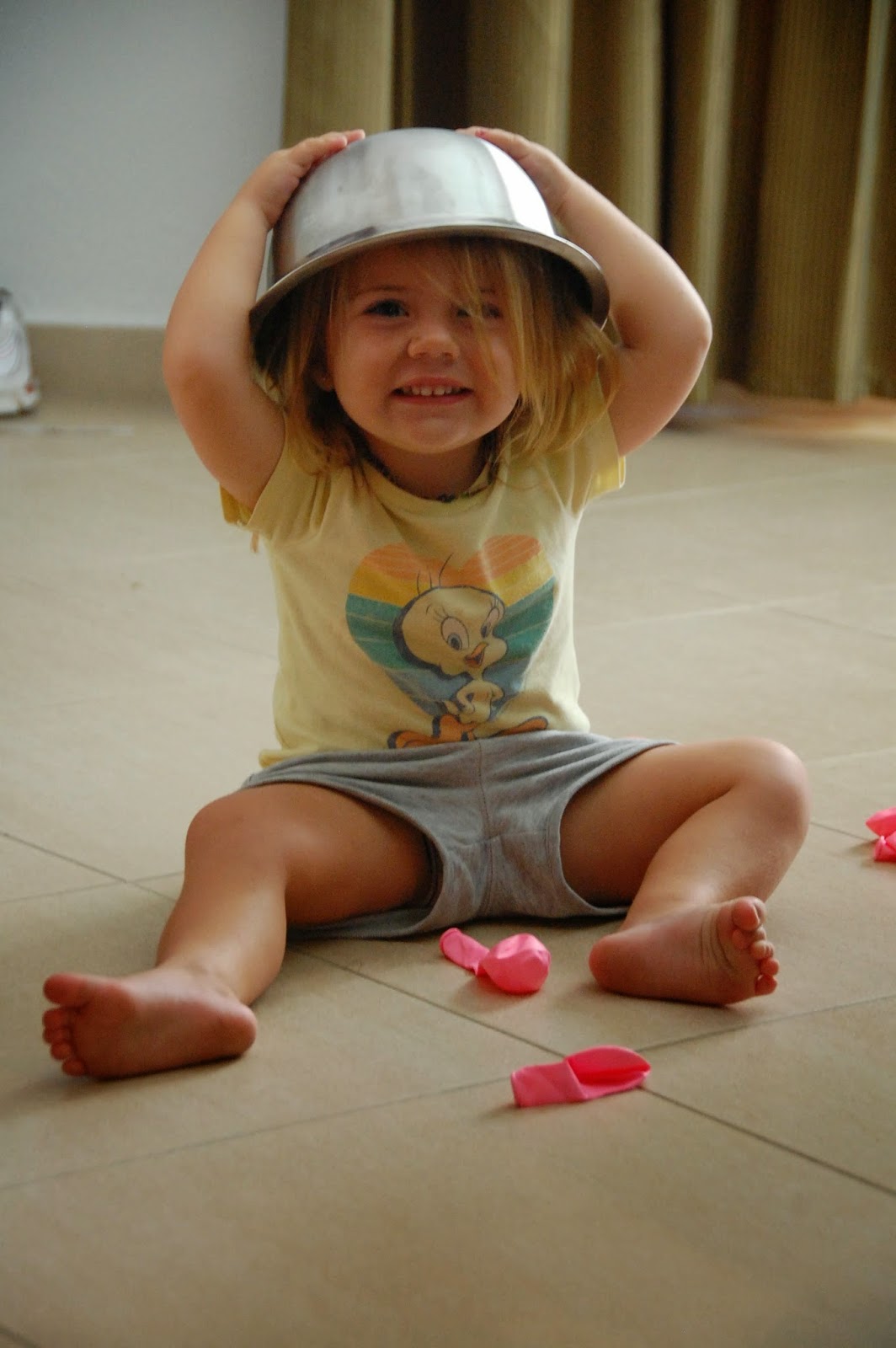 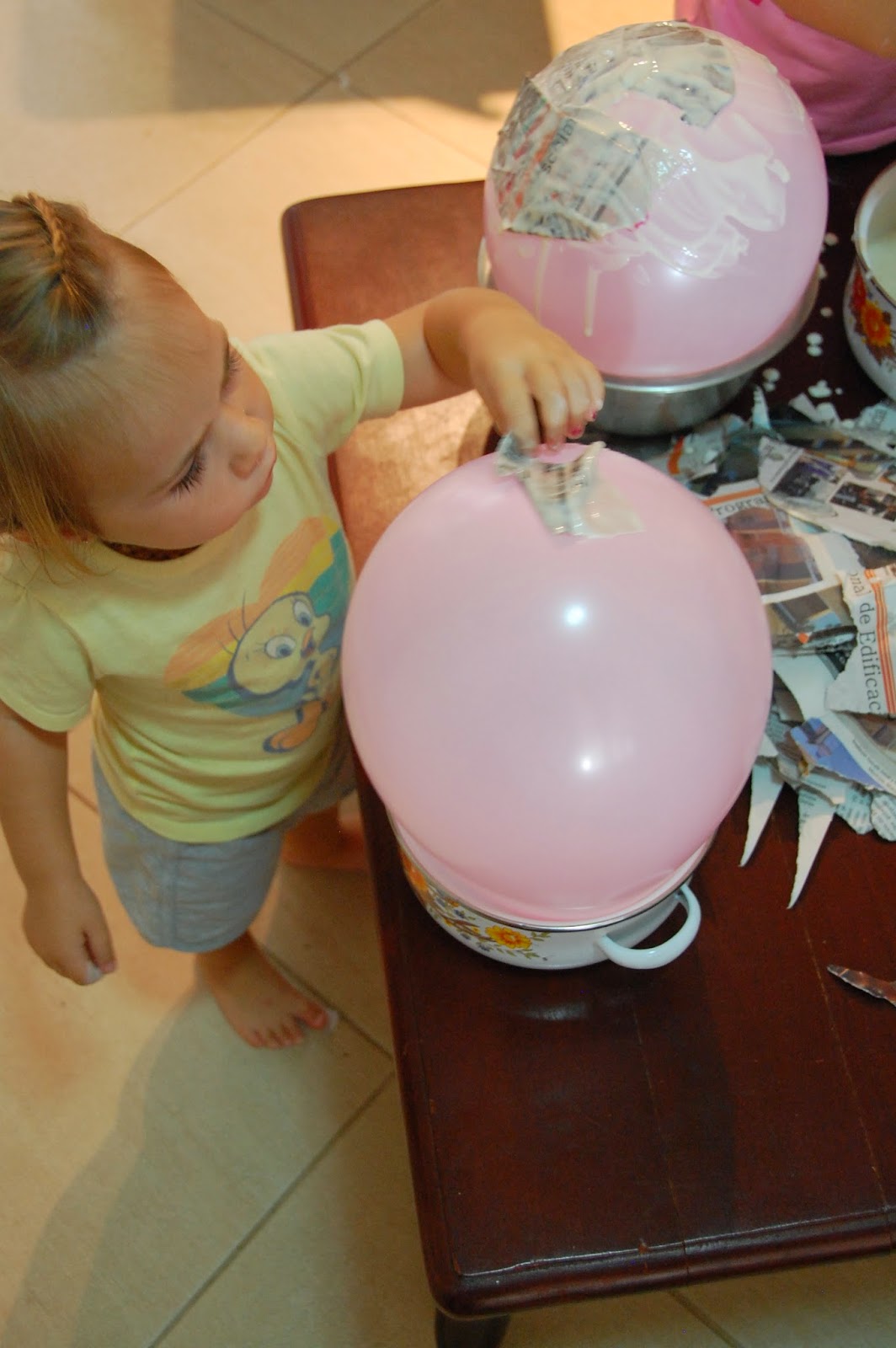 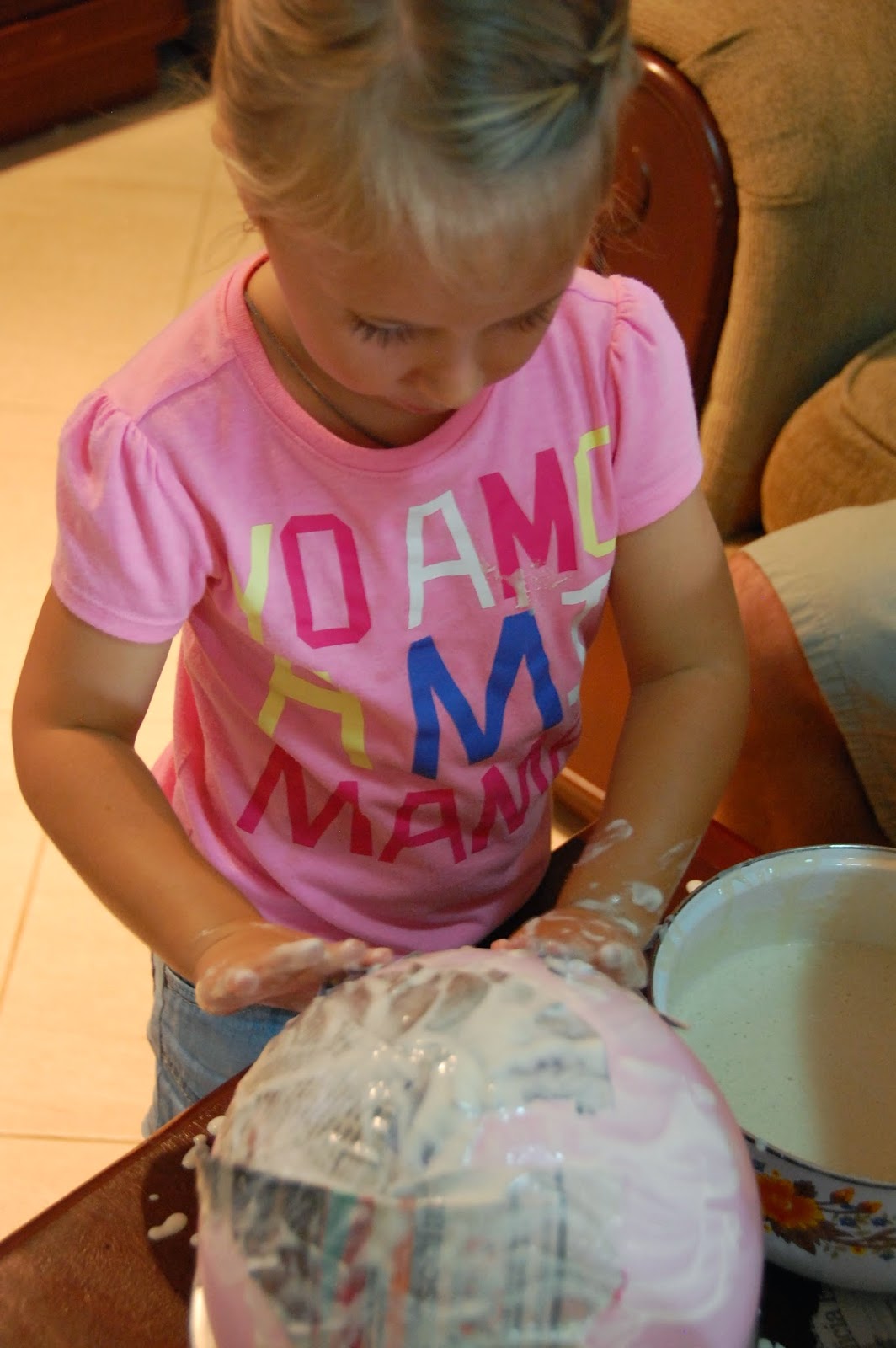 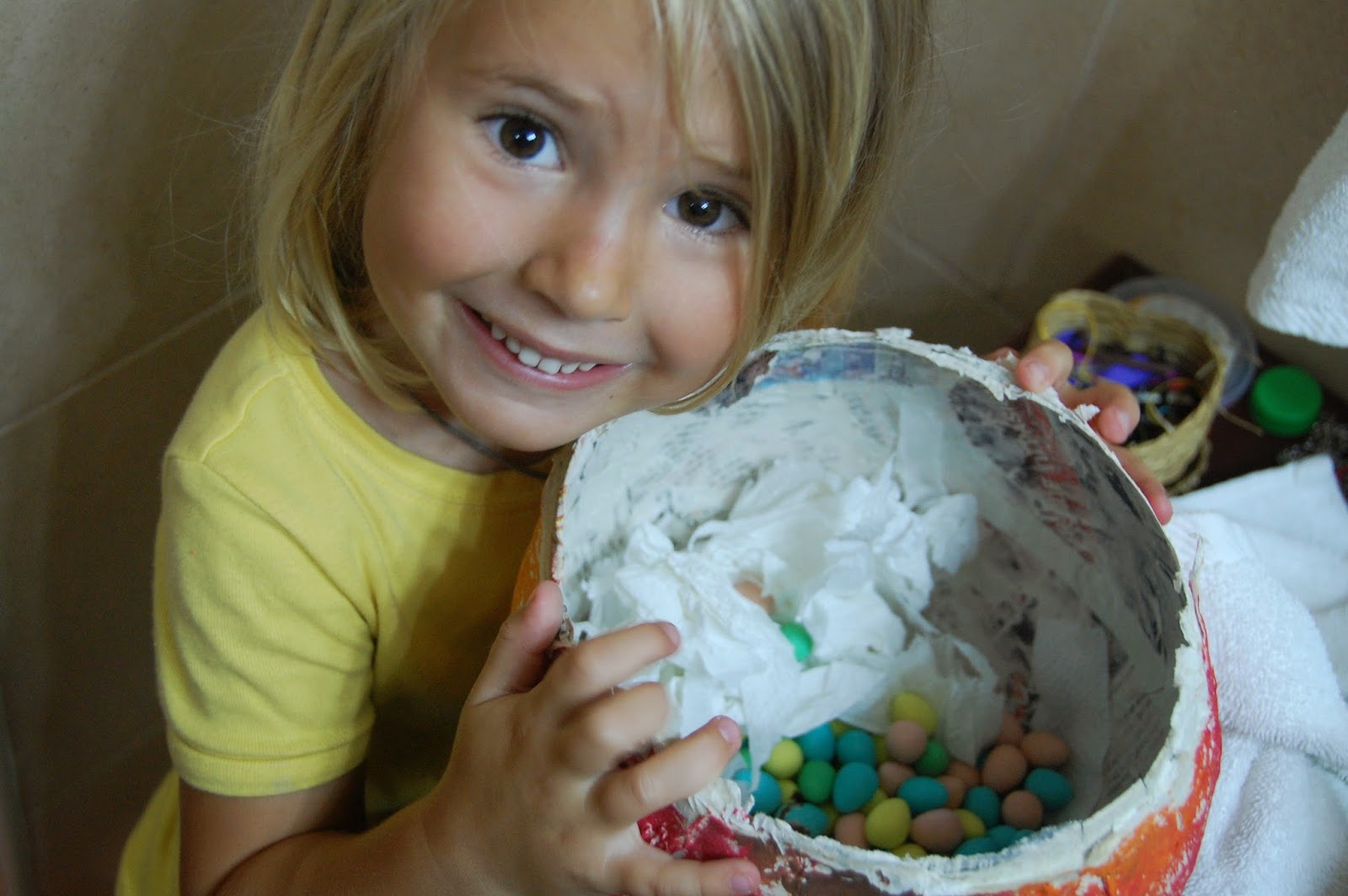 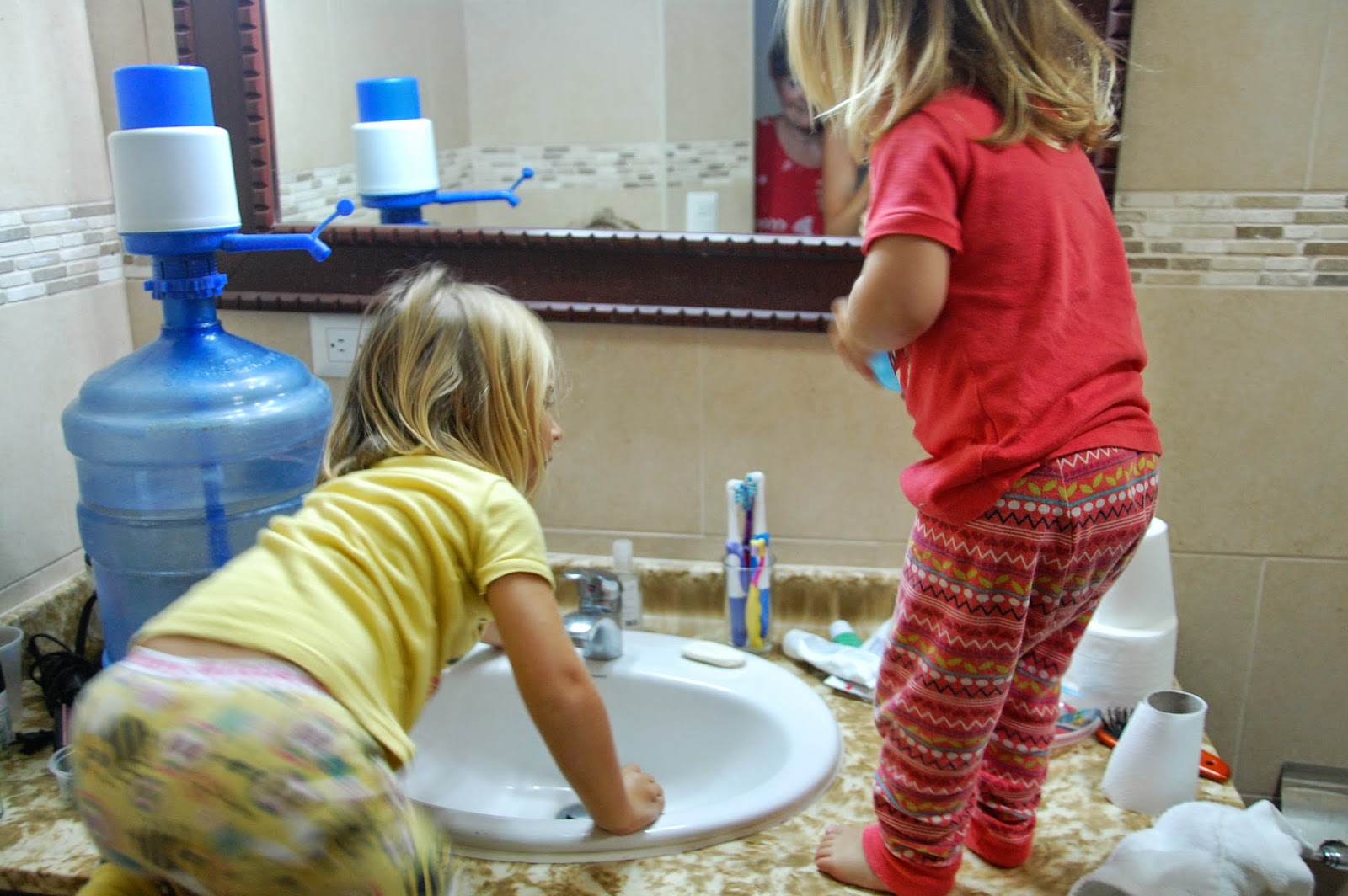