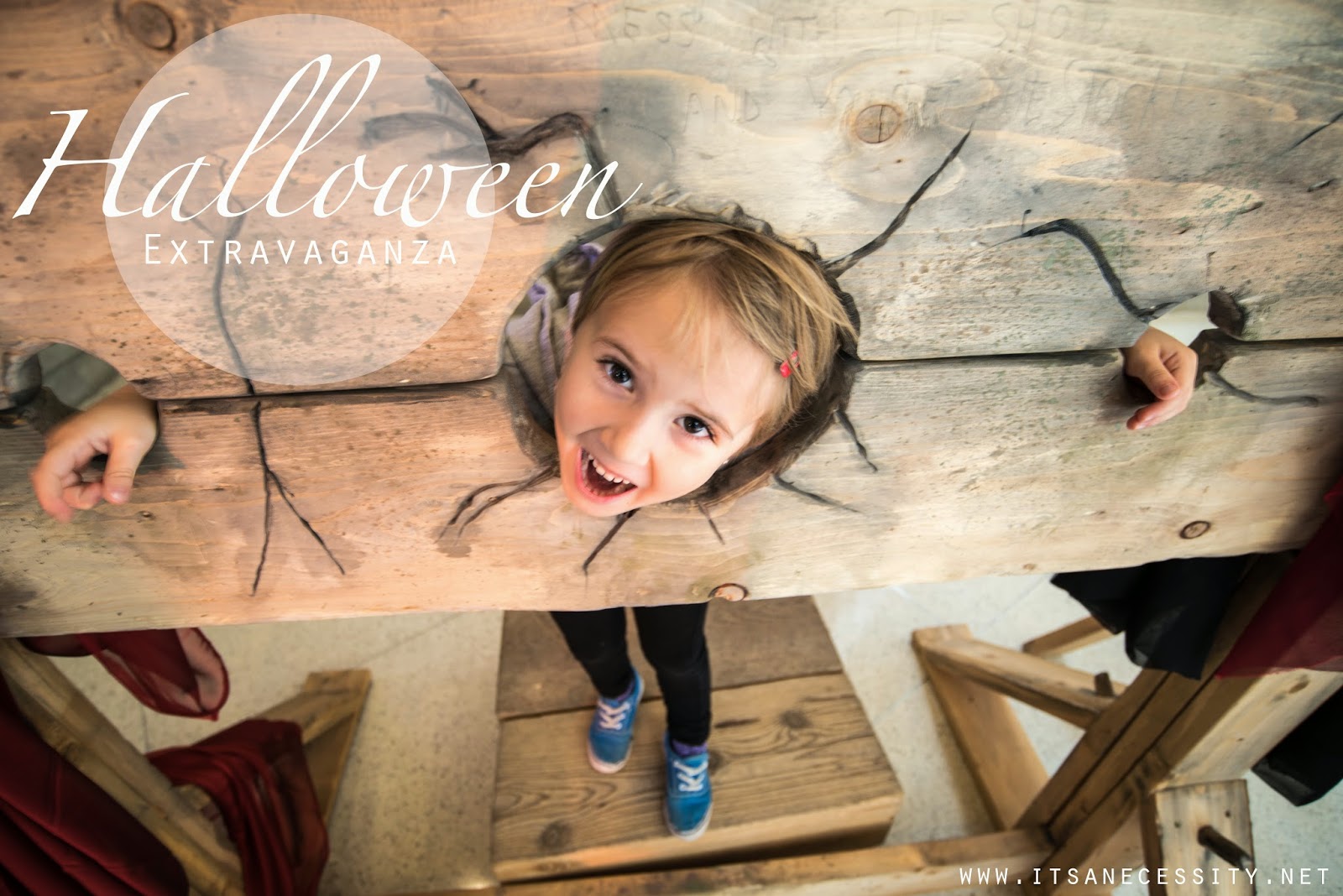 I am a huge Halloweener. It’s not as much about the candy as it is about the dressing up with your family and friends and going out and just being goofy. Most of the time half of the fun comes in making your own costume. We are all about the DIY. It has been twice as fun since having kids because we get to impose our costume ideas on them too. Two years ago we dressed the girls up as Umpa Lumpas, and they were a huge hit. All night long houses were telling us that Arias’ won the “best costume” award in their minds. Last year our whole family dressed up as Garden Gnomes and did our trick or treating from boat to boat, and that year we officially won the “best costume” award, winning a bottle of Baileys (for me!).

This year, being that we were in Canada, I wanted to make halloween extra special. So we did it in two parts. For the first part we took the girls to the Telus Spark centre, in Calgary, for their Monster Mash-Ups event. It was crazy fun. Of course it was super busy, being that the event was on a weekend, and that they had transformed the museum into a halloween fun land for kids. They had bouncy houses, pumpkin decorating, cookie making, frankenstein teddy bear making, “thriller” dance classes, and more. But the three best parts, for our family were: 1) the face painting. Here we are, showing up “late” according to our schedule at the Spark centre and all the kids are pilling out of cars in full costume. Of course the first question we get from Arias is, “Mama, how come they all get to dress up and I don’t?” I felt like I failed as a parent. But luckily for us, inside, the museum had arranged to have 3 professional painters on hand to decorate the kids as whatever their little imaginations wanted. Our girls chose to be “Pink Skulls with glitter on them”. So Sugar Skulls they were, and it was totally awesome. I almost wanted to get mine done like theirs, but I think I had a row of frustrated parents and impatient kids standing behind me. 2) The parasite exhibit. They set this up especially for this event. And our girls being as inquisitive as they are, were super enamoured with learning about all the bugs they could get in their tummies if they drank the Dominican water. They spent at least half an hour looking through microscopes and sample jars of creepy critters. Lastly 3) the kids’ zone. This place is there year round, not just for this event, but it an amazing place to let your kids roam freely, dispensing energy and playing with sciency things at the same time. It’s inconspicuous learning at its best.  And to top the day off they gave the girls goody bags on their way out, so we could hit a sugar high with chocolate before passing out for a late nap on the car ride home. 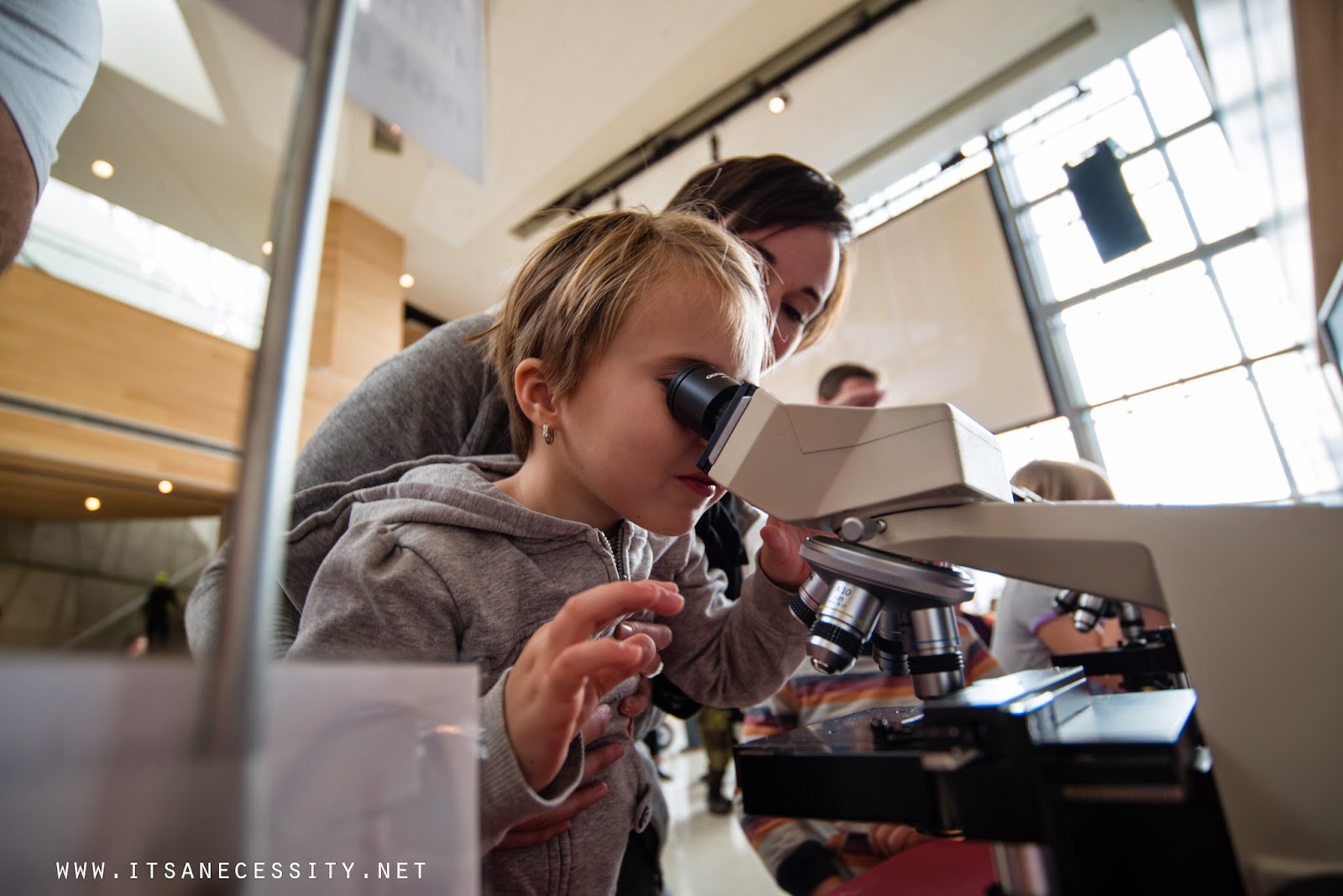 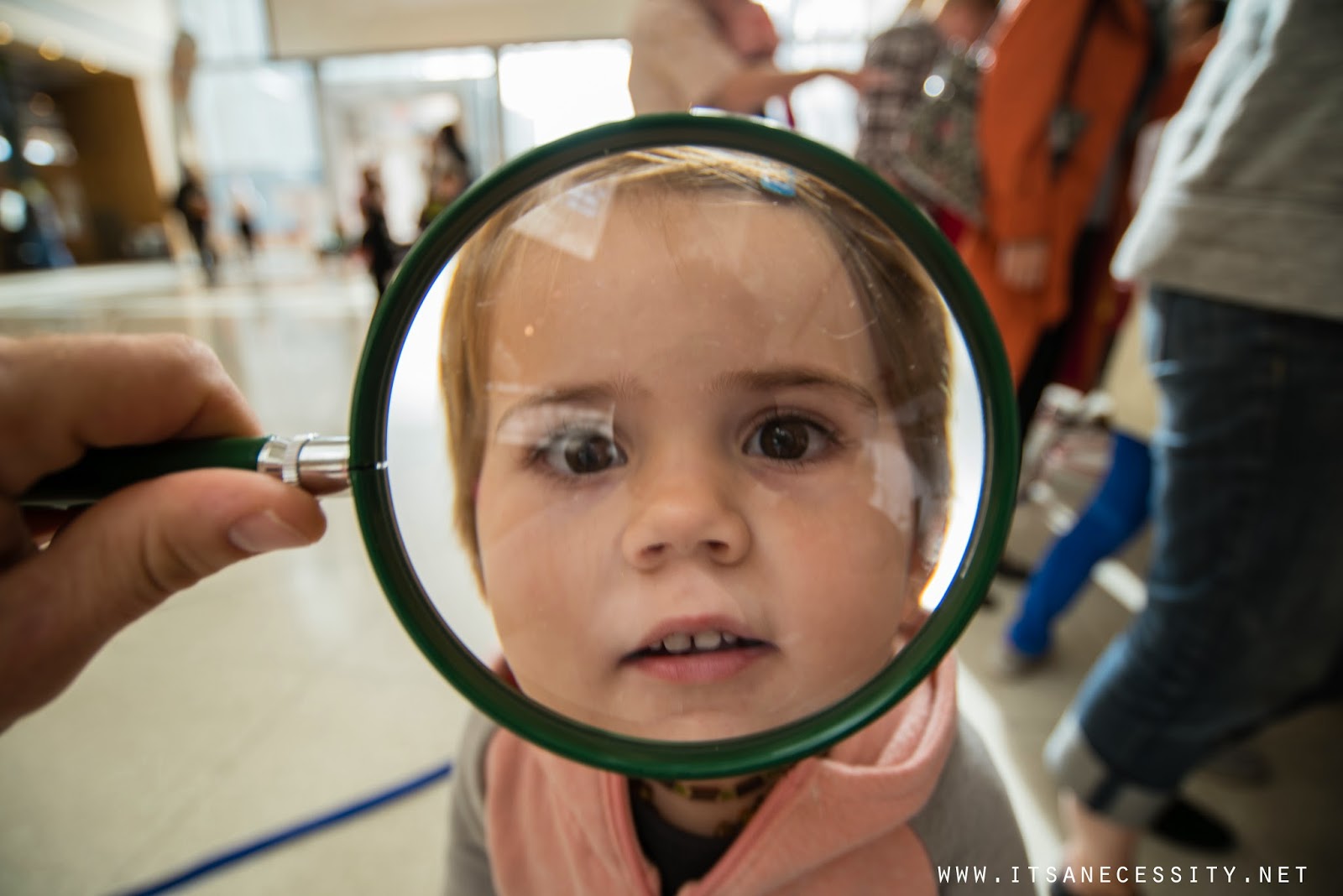 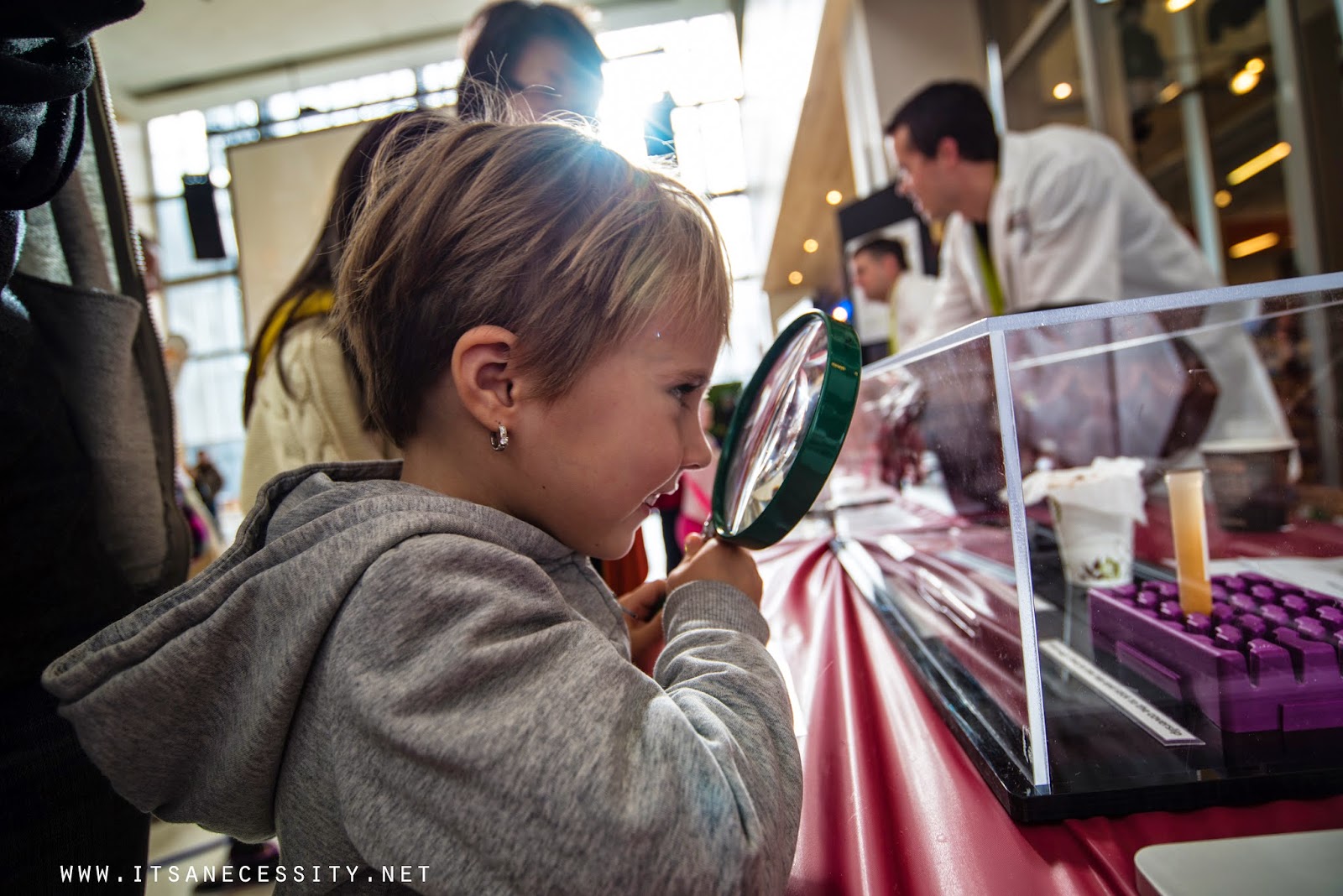 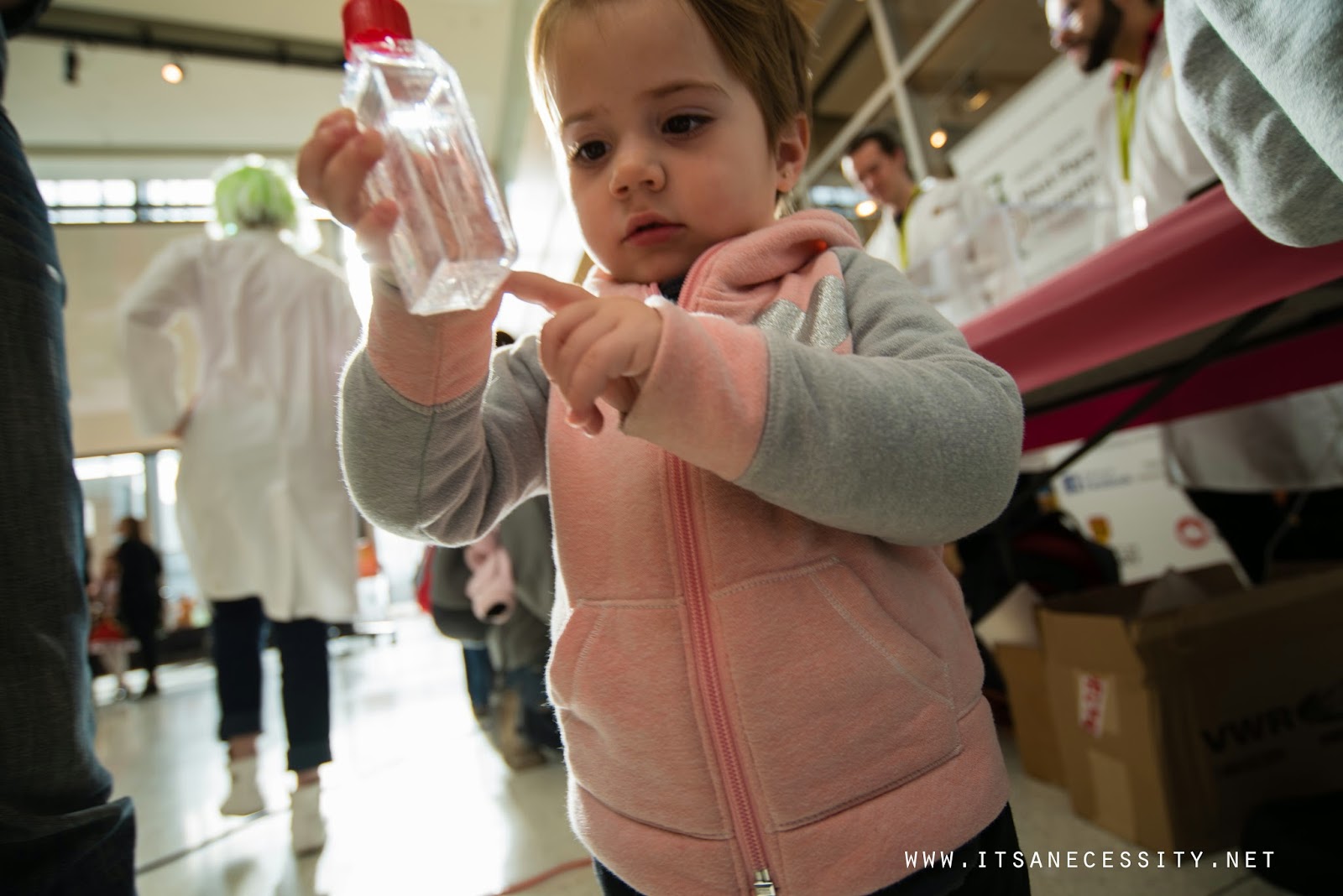 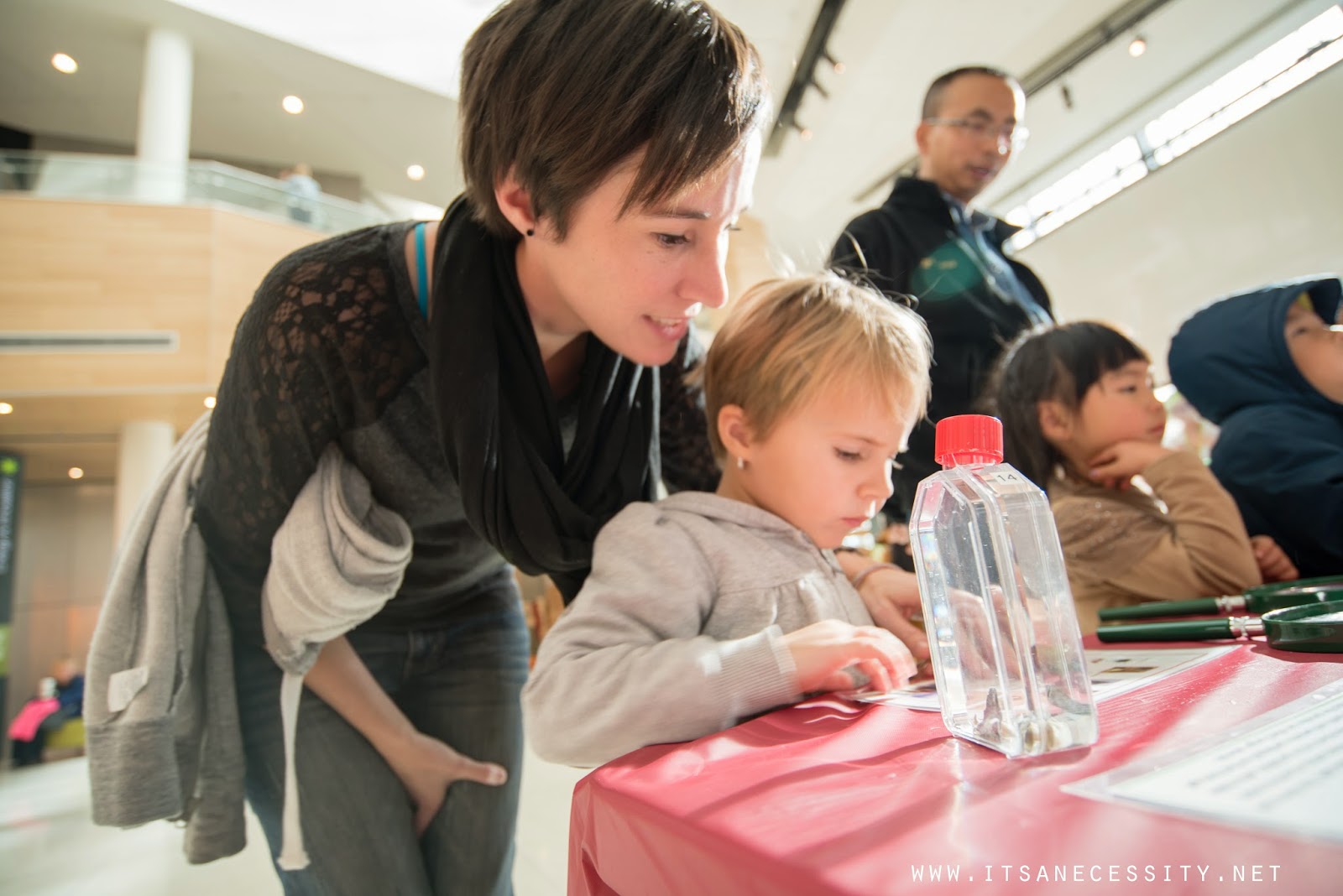 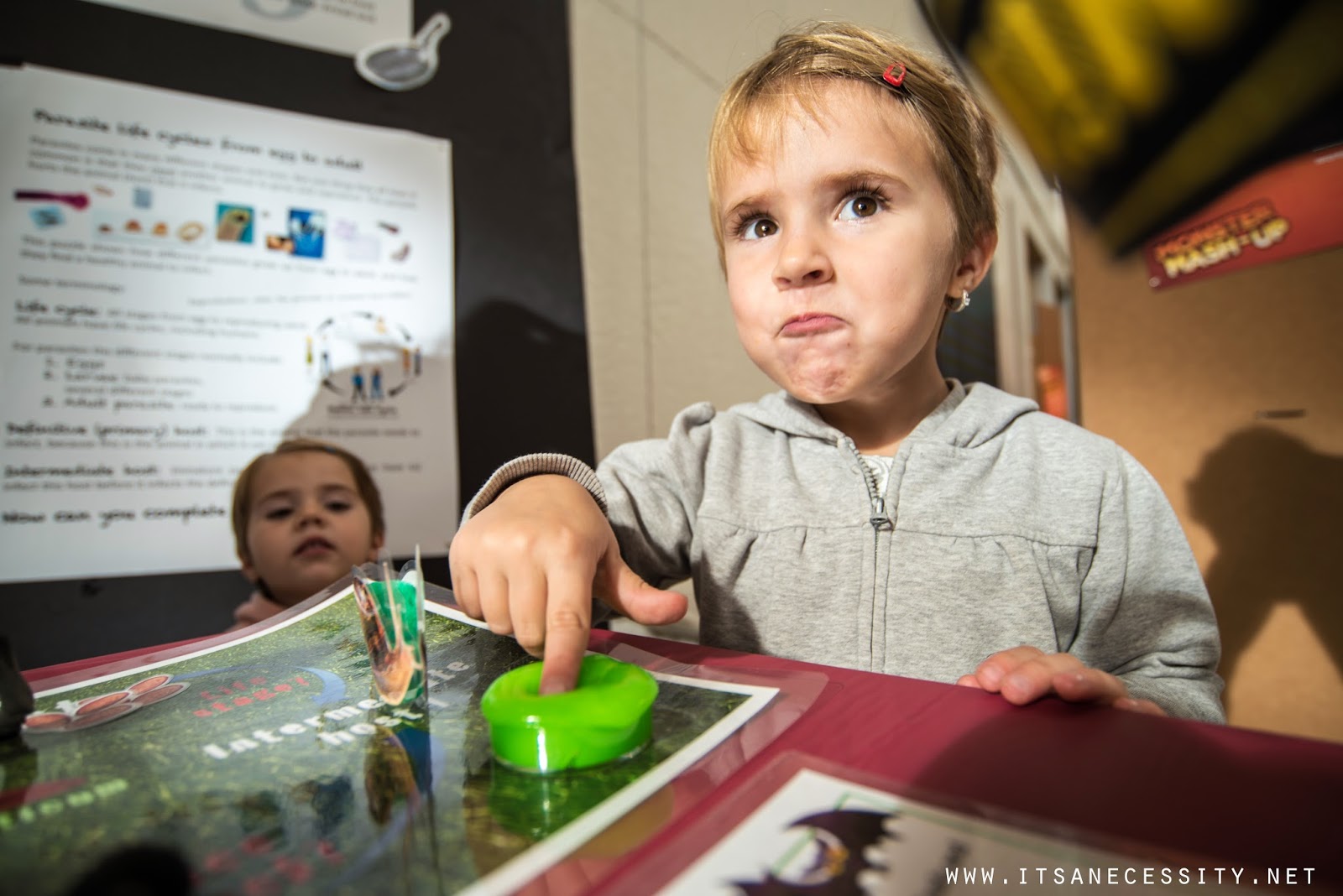 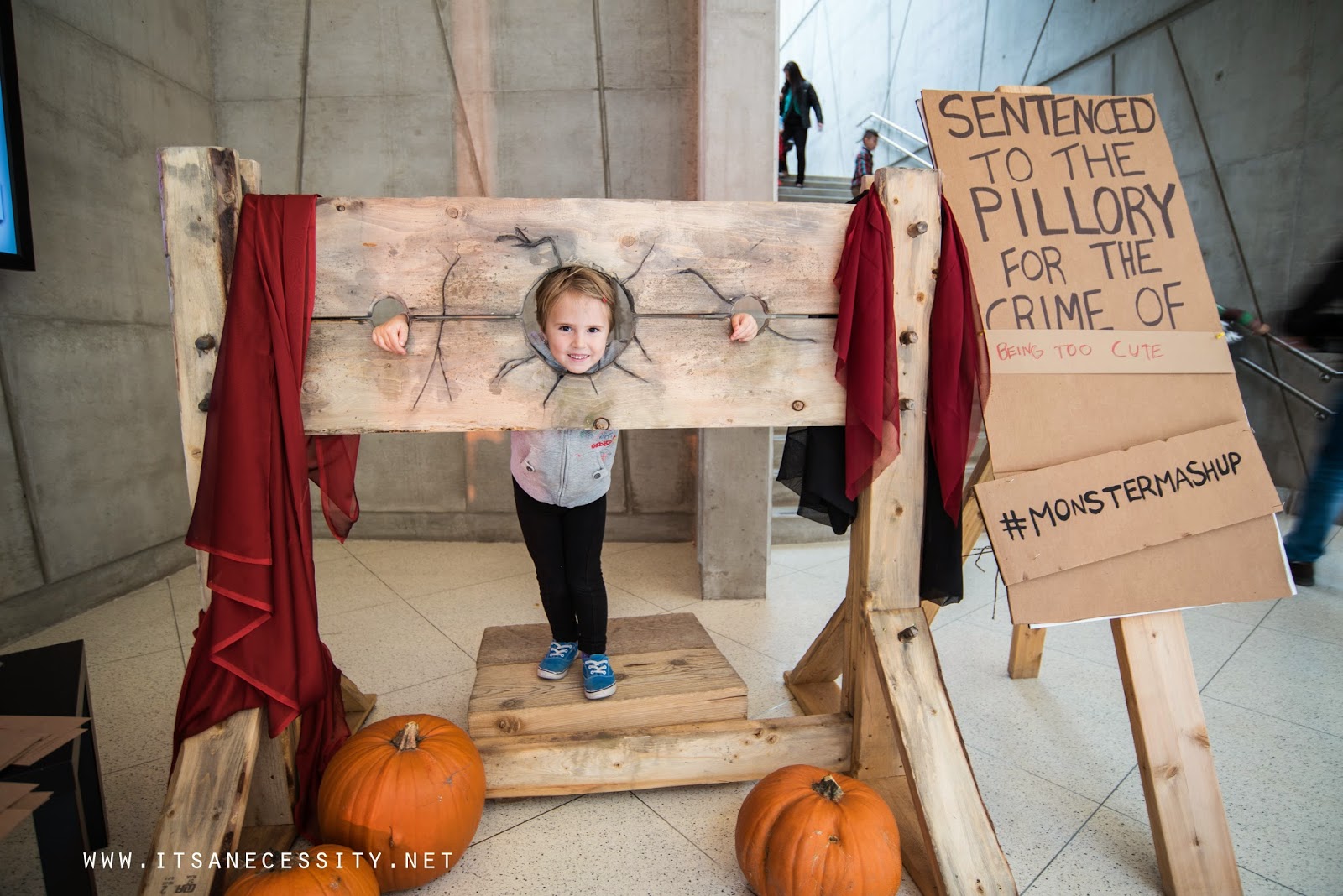 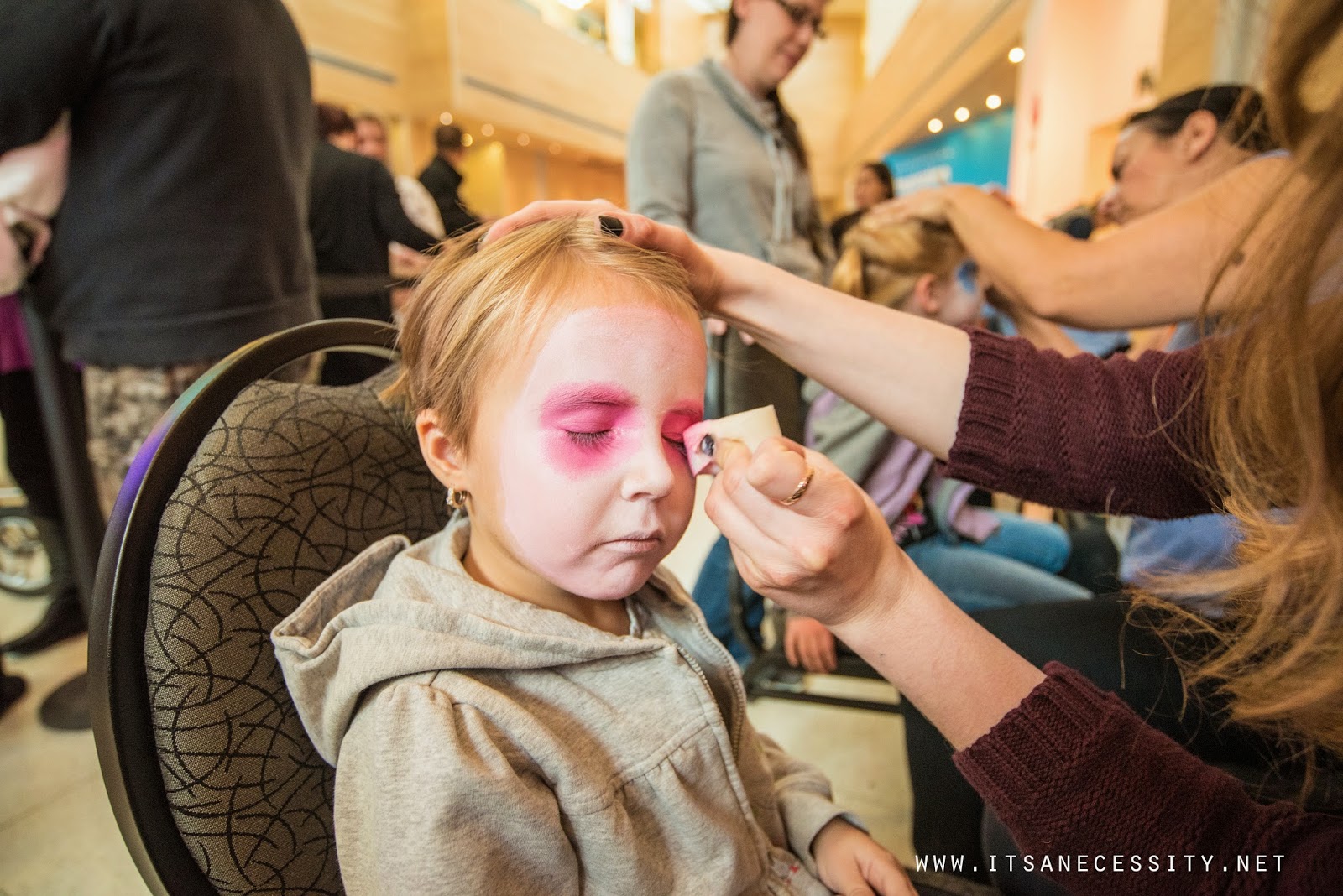 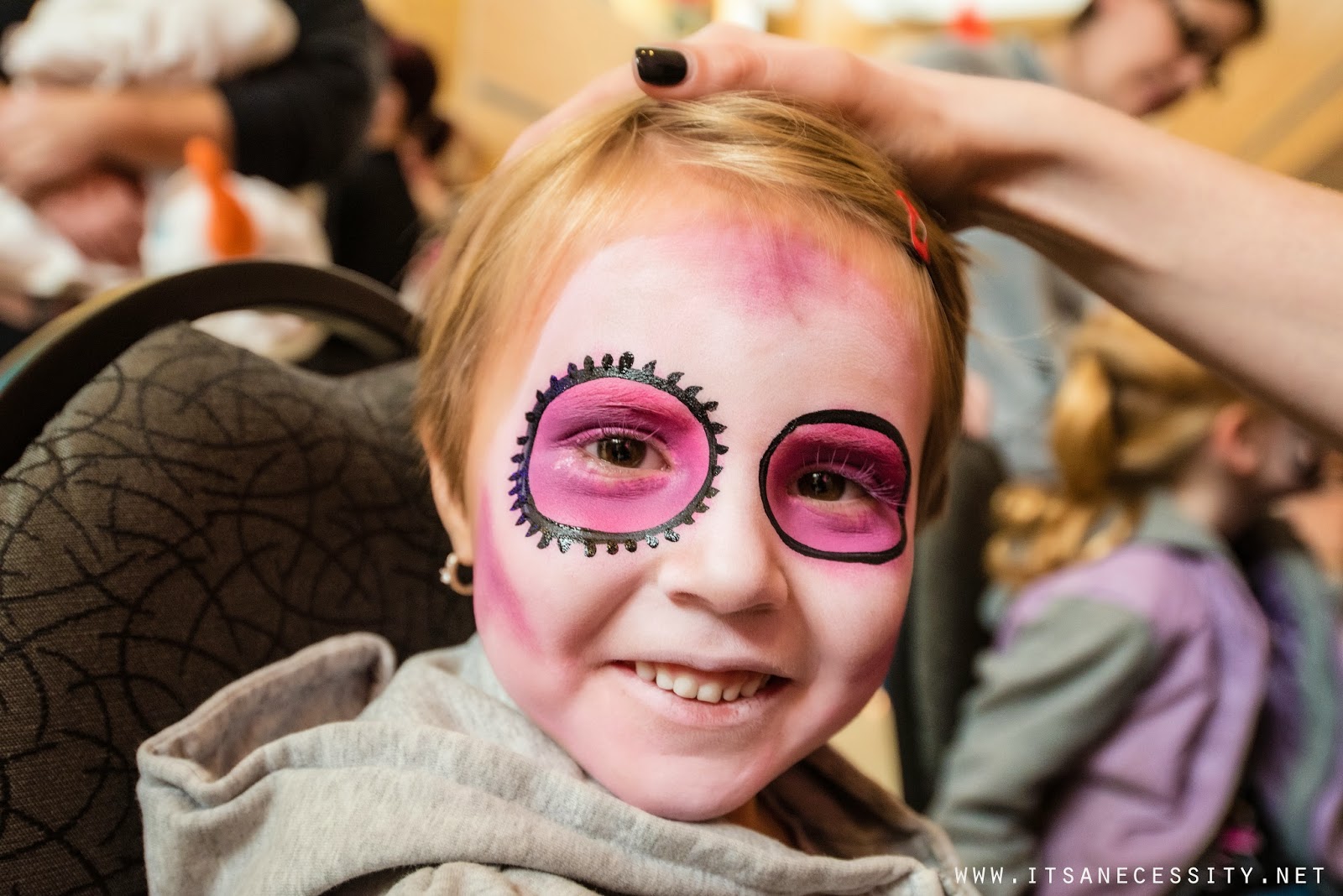 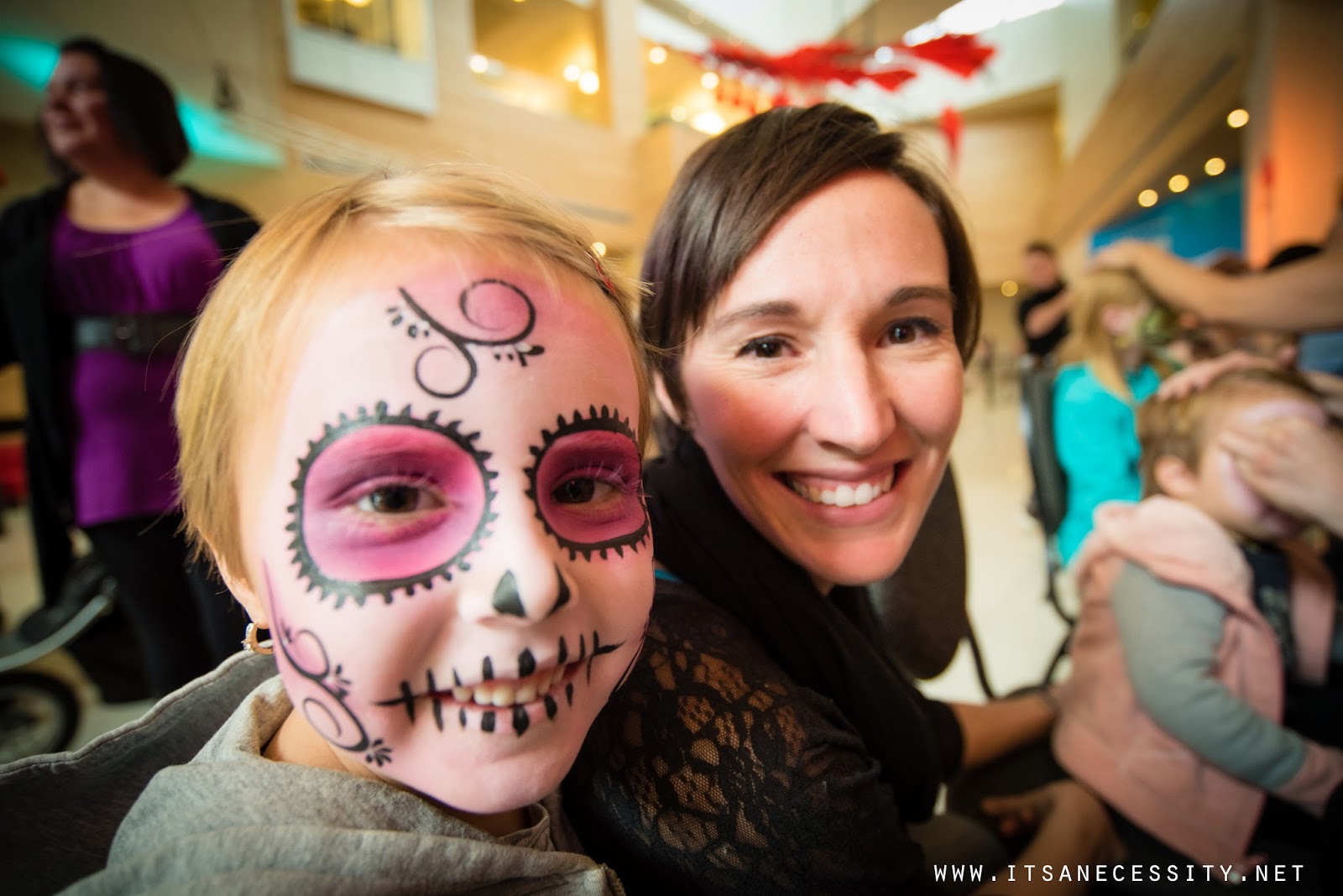 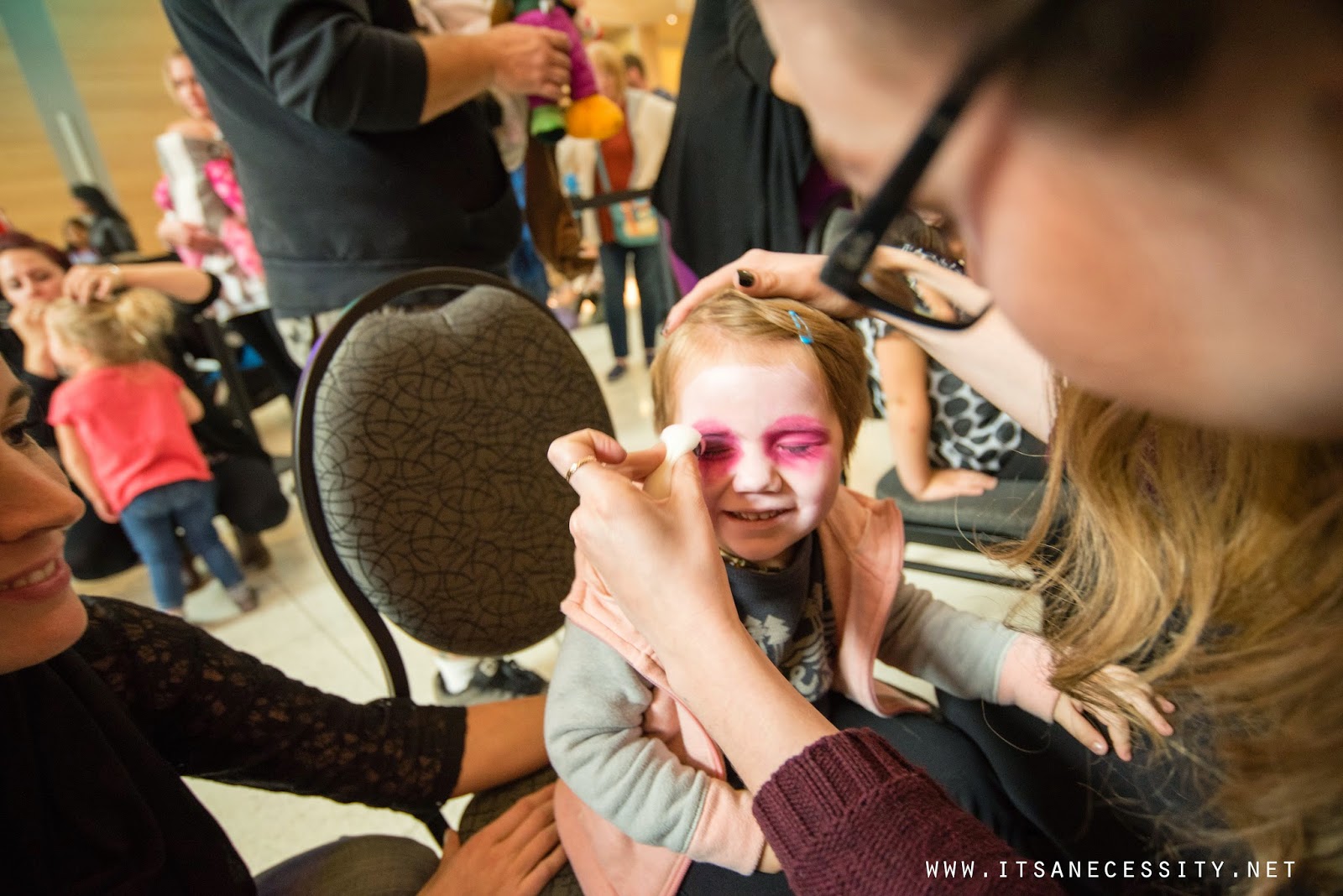 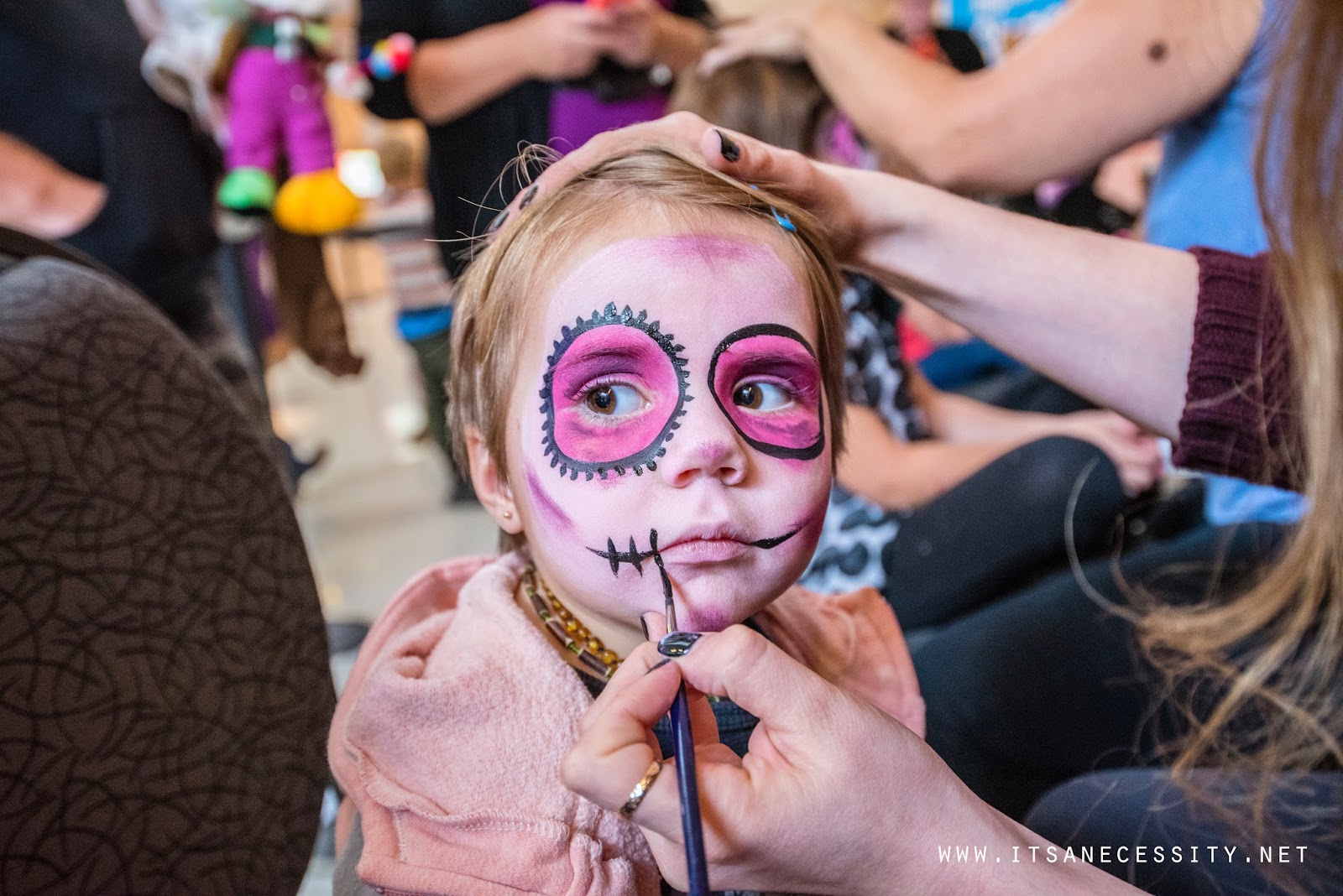 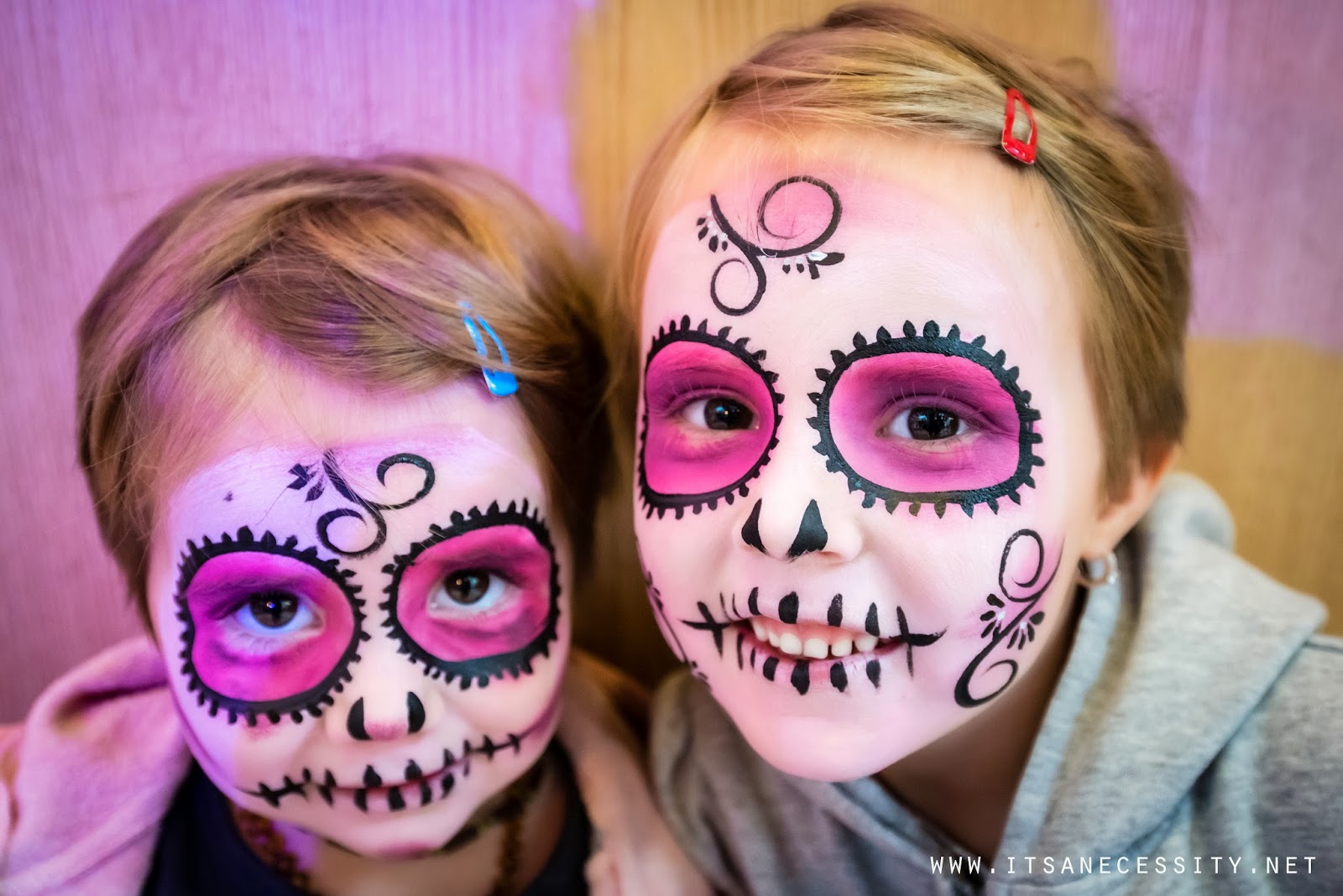 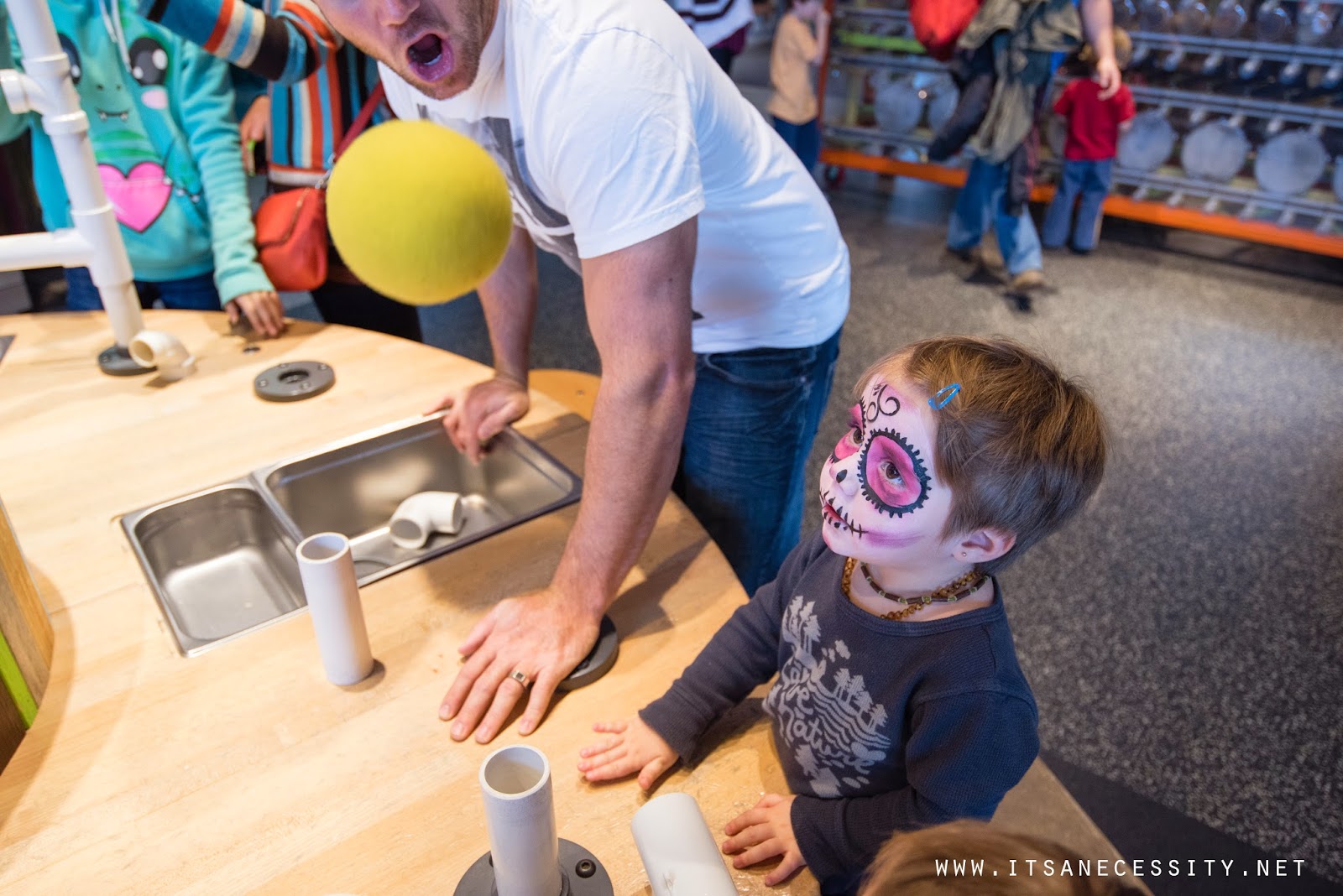 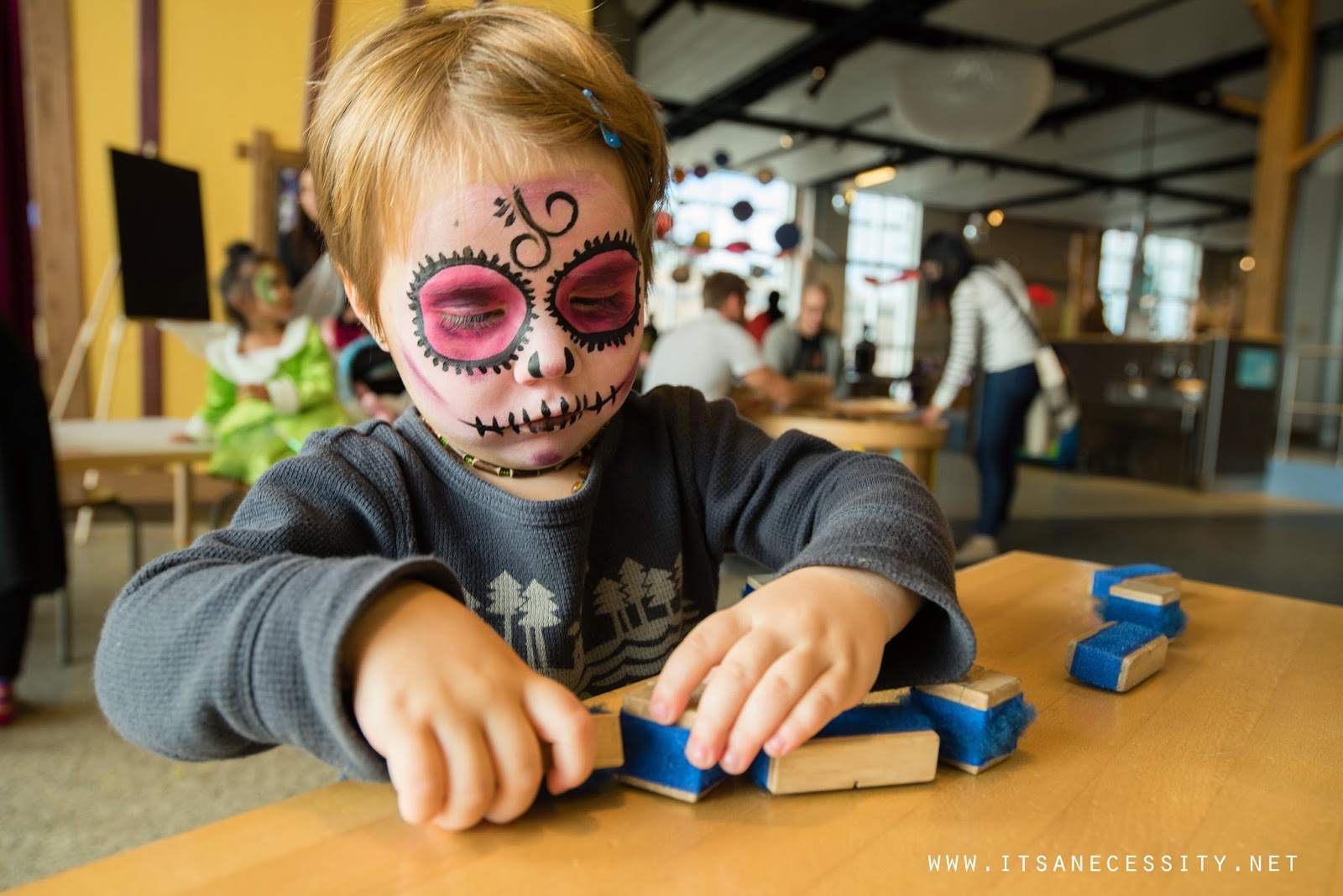 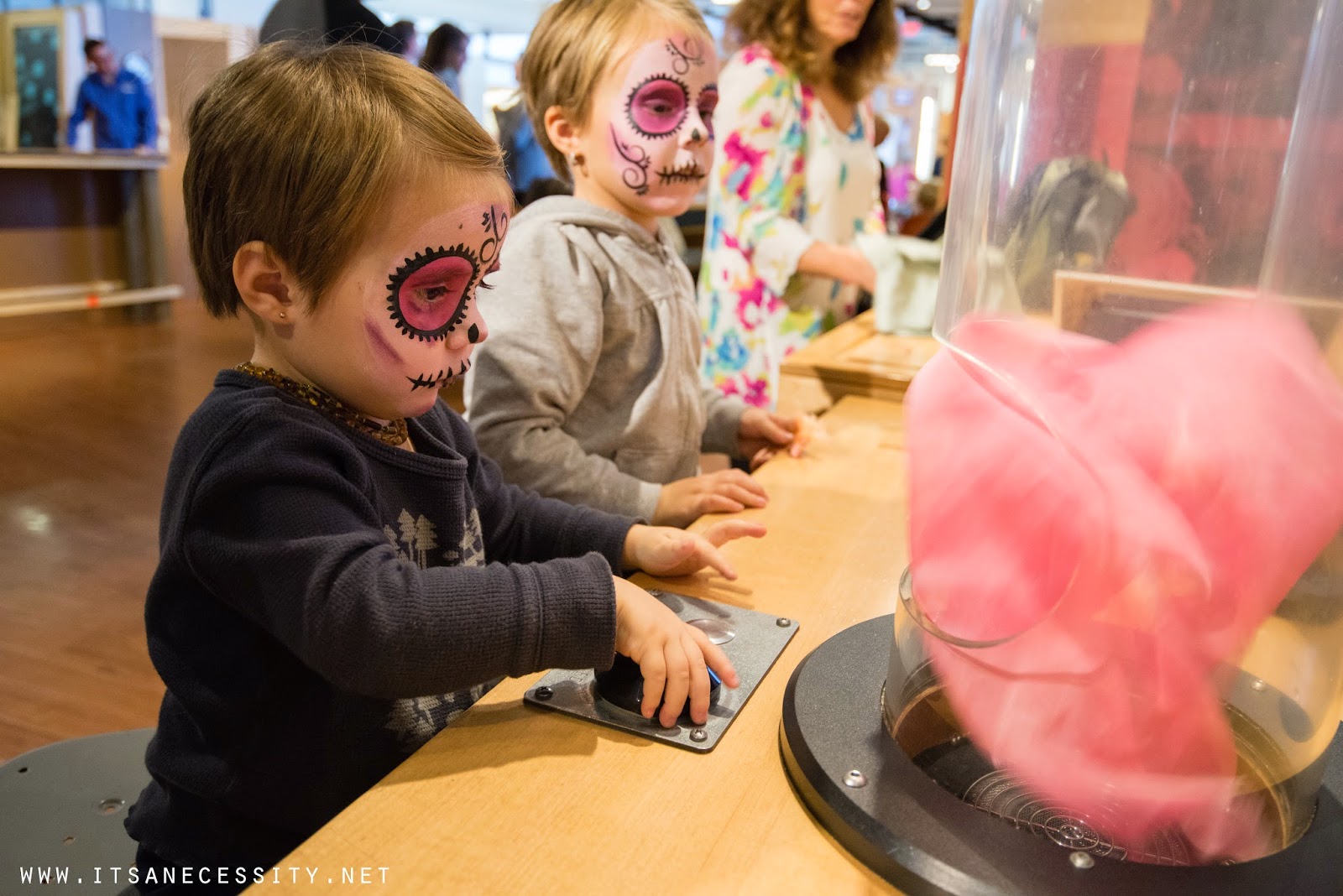 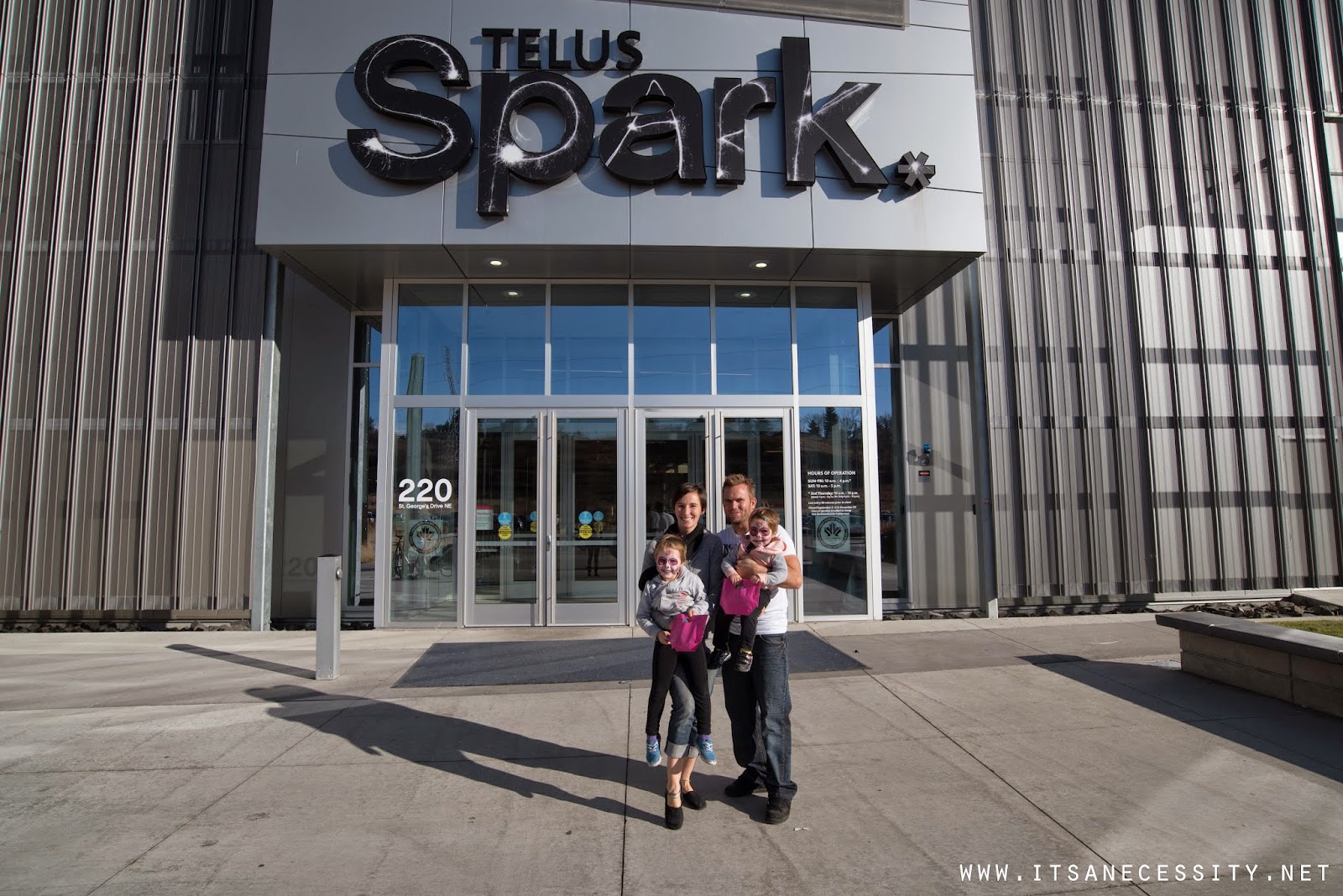 The second part of our Canadian Halloween extravaganza happened in Rosebud, with the family. Originally we were going to follow family tradition and make our own costumes, but when cousin Nova mentioned that she was going as Elsa (princess from Frozen for all you non-parent folk out there), then our girls begged to be princesses too. Being that we are not often in Canada, and that we can’t often cater to their desires, this time we decided to cave and I went to the closest Walmart to pick up two princess dresses. So for the girls, they went door to door dressed as a very plump (due to winter jackets) Ariel (little mermaid) and Rapunzel (Tangled). They were deliriously happy with their costumes and did amazing trick or treating in the cold. But I couldn’t just let our costume tradition get tossed aside this year. So although Eben isn’t the biggest fan of halloween, I insisted that him and I dress up. I spent the rest of the day scouring this small town for the supplies that I needed to make our costume a hit. Once I had everything, I spent a couple of hours, cutting, painting, and putting together the corniest costume ever. We went as a Double Stuffed Oreo. Each equating to one half of the cookie, until we hugged, making the cheeseball costume of my dreams! 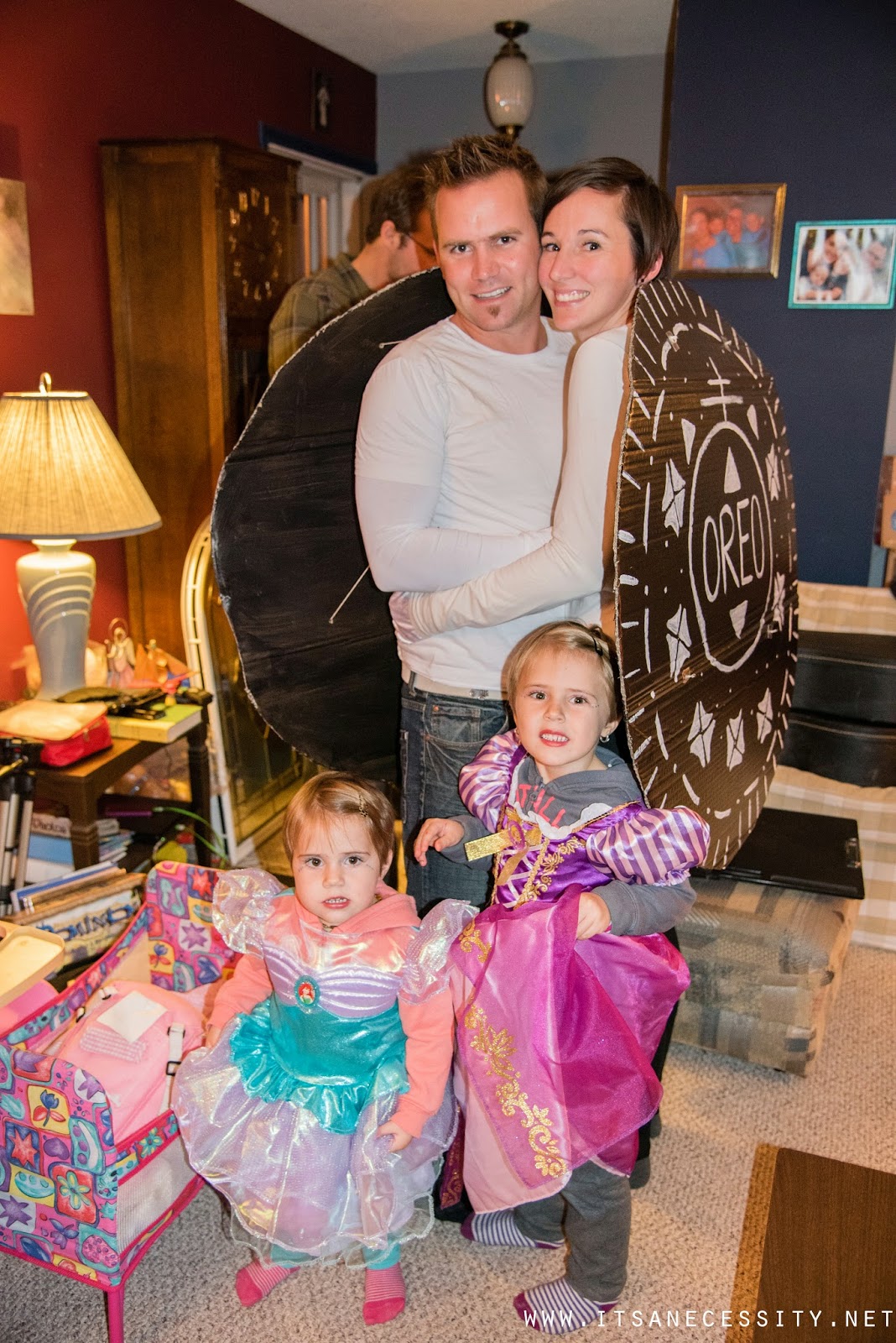