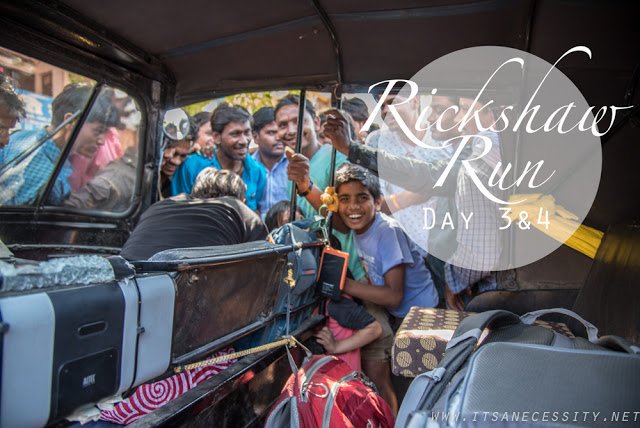 Day 3 (total km’s for day 3: 301 km)
-At 6am we woke up to monkeys reaping havoc on the hotel. They were knocking over plants, swinging in the vines, jumping around the staircases. It was so much fun to watch, but the hotel caretaker did not find it as funny, he chased after them with a broom.
-Before starting our drive we walked down to the ghats in Pushkar, and Suk and I did the whole “prayers and good luck for your living family and those that have passed”. At the end of it we got our Third Eye dot, and were asked for a 500 rupee “donation”. Our travel buddies protested the “foreigner tourist” price, gave what they deemed was fair, and we walked off. (they told us it’s usually about 50 rupees a person!)
-In India there are temples everywhere. As we drove out of Kekri Eben noticed a man living in a shanty of a home next to one of the temples. We drove for another km before we just had to turn around and go see what that was about. Ends up he is a Sadhu, a holy man, that had walked there from Delhi, in pilgrimage, and had made this temple his temporary home. Sadhu’s strive to give up all material possessions, and reach enlightenment through meditation, often with the help of hash. Before leaving Eben gave him a “donation” to help with whatever he needs for, which the Sadhu immediately placed on a shrine and said a little prayer of thanks.
– Slept in Baran
Day 4 (total km’s for day 4: 329 km)
-This entire day went to trying to pinpoint the problem with our rickshaw. Our Goober-mobile would be running great, and then randomly in 4th gear it would bog down and lose all oomph. No matter how much you tried to rev the thing would just slow down. Our first bog-down we timed perfectly with a chai stop. So while Avi, Suk, and I enjoyed some chai Eben took apart our carburator, cleaned it, and eliminated that from our list of possible issues since it was fine.  We set off driving again and it worked ok.
-Later in the afternoon our intermittent issue started again and we lost power in 4th gear again. This time we looked for some local expert help. The first mechanic we went to see was super busy but admitted that he didn’t know what was causing our issue. The second mechanic made us wait 20 minutes in the midday sun before seeing us as he finished his lunch. At least we drew a crowd and they were clearly entertained by us.
-Suk and Eben took the mechanic for a test drive in our rickshaw, so he could see firsthand what our problem was. While they did that, Avi went for a shave at the barbershop, leaving me, the lone female, to sit in the spare rickshaw. I wasn’t alone long. In under 3 minutes I was surrounded by 30 some odd boys and men, who just sat there starring at me. Indians would win at any starring contest, they can sit watching you, unblinking, for the longest most awkward periods.
-Eben got attacked by a roadside monkey!!!! Wait till you see the footage, I got it all on video! We had stopped to feed the roadside monkeys some cheetos, and after the alpha monkey ate his fair share he was no longer interested, but Eben still wanted to play. He took half a step too close and the monkey went full mental on him, lunging, hissing, and showing its fangs!
– Stopped in Orchaa for the night. Went for a late night stroll through the town’s temple and then had the joy of being in the square, eating our supper, as they fumigated for mosquitos. Totally gross being smoked out while mowing down on Puri. 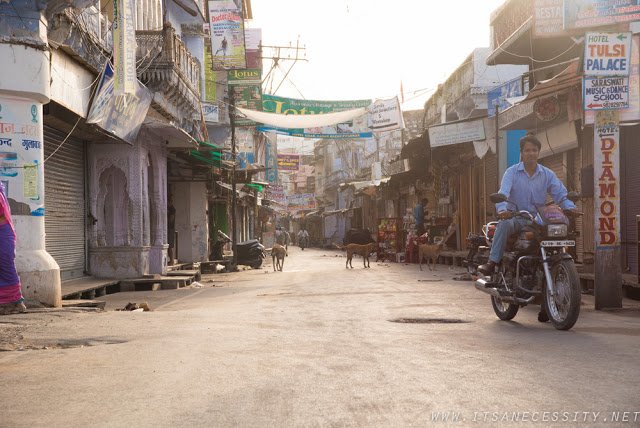 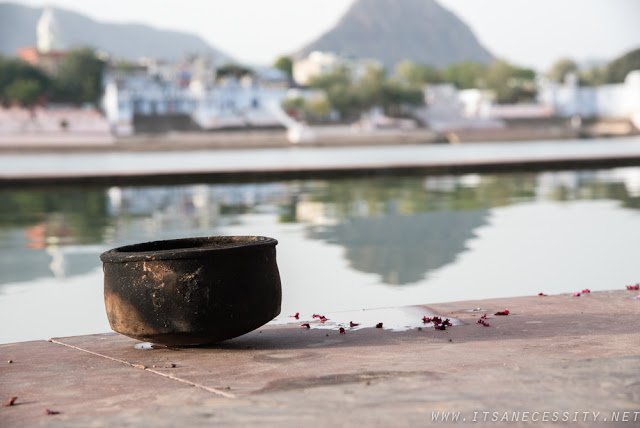 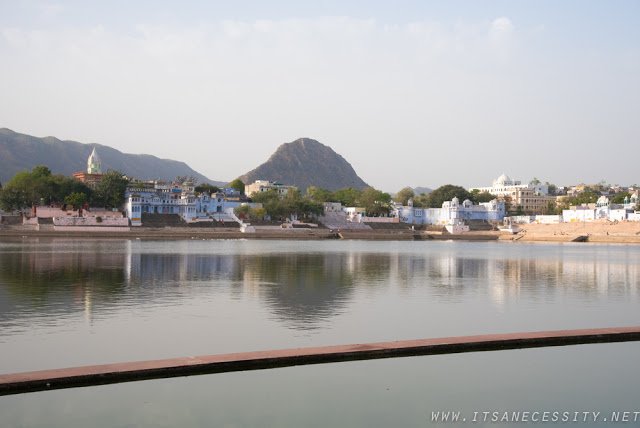 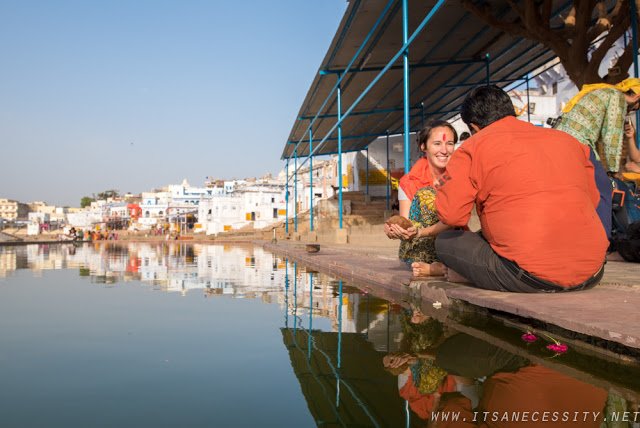 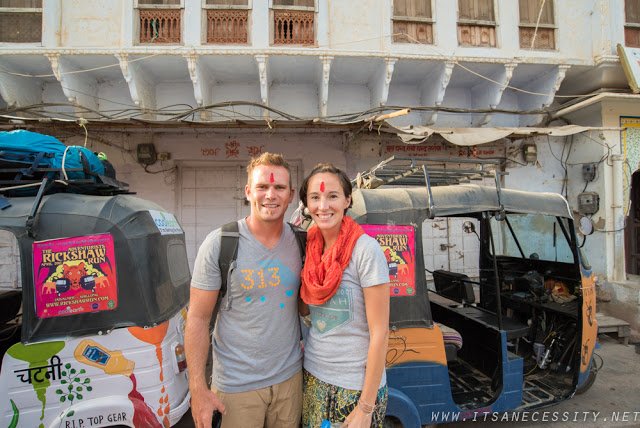 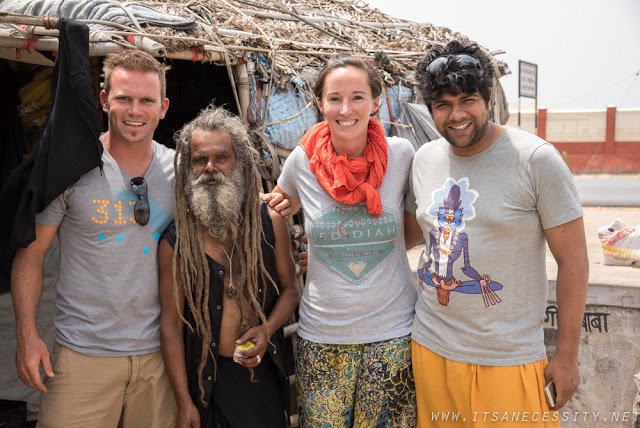 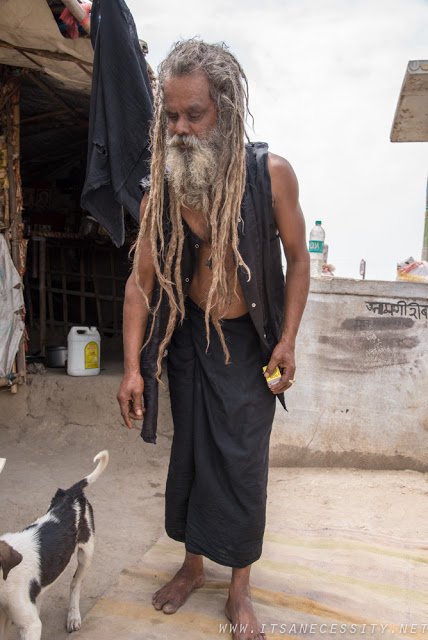 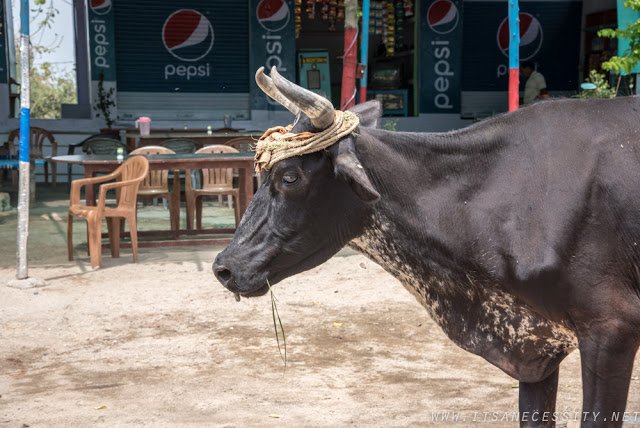 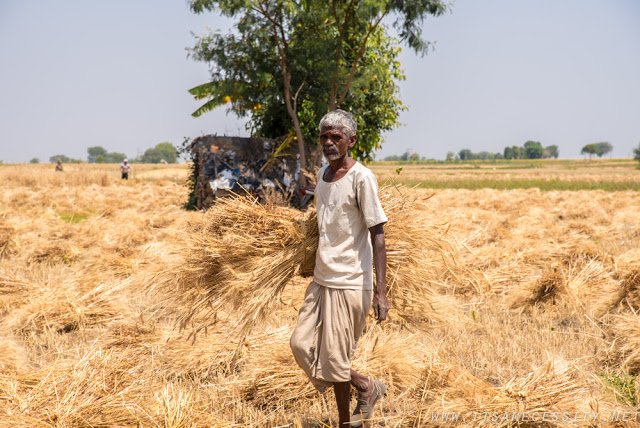 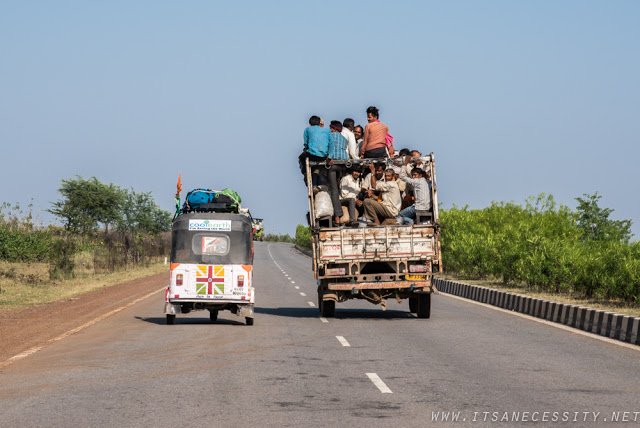 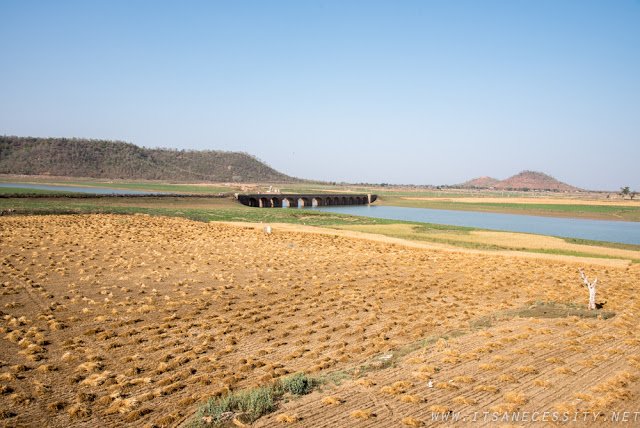