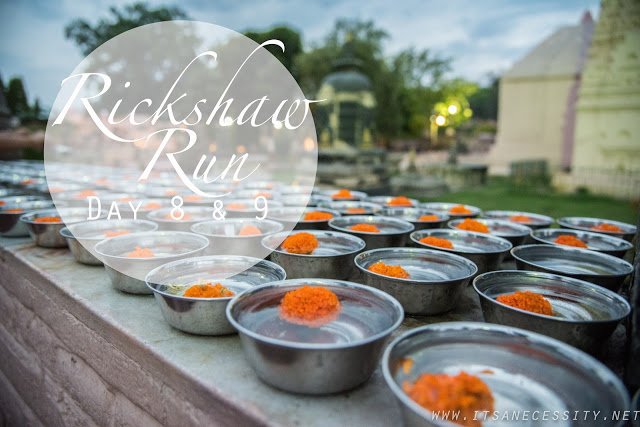 Day 8 (total km’s for day 8: 278 km)
We had planned to do the sunrise boat ride on the Gange river but no one was up to snuff at 5am, so we all went back to bed and started our driving day way later than usual.
We are back on the main highway and it is completely boring. So glad we didn’t take that route the whole way across!
Went to a hotel where 11 other teams were, pretty weird to see so many rickshaws together again. It was nice to catch up with everyone and share some stories. Unfortunately for us, because so many teams arrived here on the same day they did not have any rooms available for us two until 9pm, so we stored our bags in their lobby and went out to enjoy Bodhgaya while we waited
Bodhgaya is where Siddhartha became Buddha, it is where you will find the Boddhi tree he meditated under. Visiting the temple where this all took place was pretty spiritual. We were surrounded by monks there on pilgrimage, tourists, from all corners of the world, and lulled by buddhist chants as we walked the grounds.
Day 9 (total km’s for day 9: 271 km)
Started driving at 6:45am and made our first stop to see the Giant Buddha in Bodhgaya, this thing is 60 meters tall! The gates were still locked when we got there, but the statue is so big that you don’t have to be anywhere near it to see it, so we snapped some shots through the gate and were on our way.
Drove by a wedding procession on the side of the road, they had an elephant, 2 camels, and a slew of women carrying pots on their heads.
Driving through Muzzaffarpur, it was obvious that we were not the first Rickshaw Runners to come through. The police were used to seeing these crazy foreigners driving (or not knowing how to drive) these rickshaws, so they were stopping traffic for us and ushering us through traffic circles and busy intersections!
-We crossed a bridge in Patna, and learned later that we were lucky we got across. There was some sort of electoral meeting going on in Patna that day and the one side of the bridge was so jammed it was at a standstill. A bus told us that they ended up stuck on that bridge for 6 hours!
As we drove the insanely tight streets of this city, in the province where we were told to “keep an eye out” because there have been a number to carjackings and attacks, we had our first fender bender. There was literally only an inch here or there between all the vehicles on this road, we were moving at a snail’s pace, and what we assume was a pushcart and our rear fender made contact. The bolt in the center of the pushcarts wheel caught our fender and nearly ripped it right off, it was hanging on by one bolt. Because of all the cautioning we had been warned about we tried to just drive away. But our getaway did last long as our fender was dragging on the road. We had to stop and rip it the rest of the way off. In that time the pushcart owner made his way to us and was yelling at us in Hindi!!! We had no idea what he was saying but he was angry. Then the crowd started to form. This is the last thing we wanted was to get stuck inside an angry mob. Suk brought the yelling man away from us and tried to figure out what he wanted. Eben joined him and soon realized that the angry mob, they were in OUR favour! One bystander told Eben, “You do not pay him any money. You are a guest in our country. He should leave you alone.” To appease the situation Suk handed the pushcarts 100rupees ($1.30) on the sly and we all drove off before the crowd had us stuck in there. That was stressful and I am so glad that a fender-bender was the worse thing that happened to us during our trip!
– Stopped in Darbhanga for the night.
The Temple 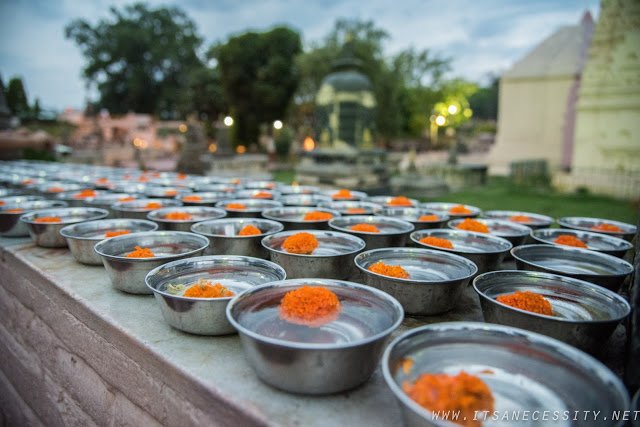 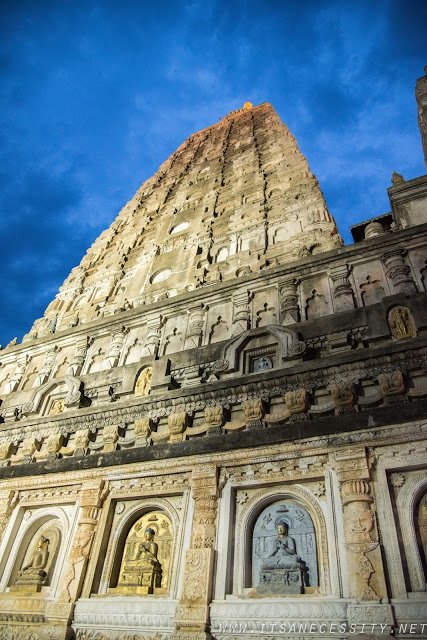 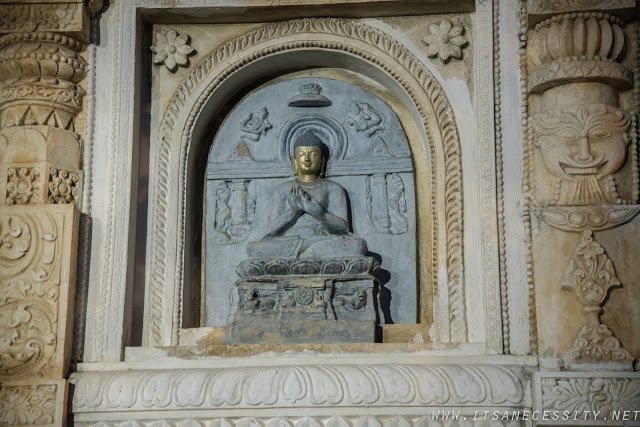 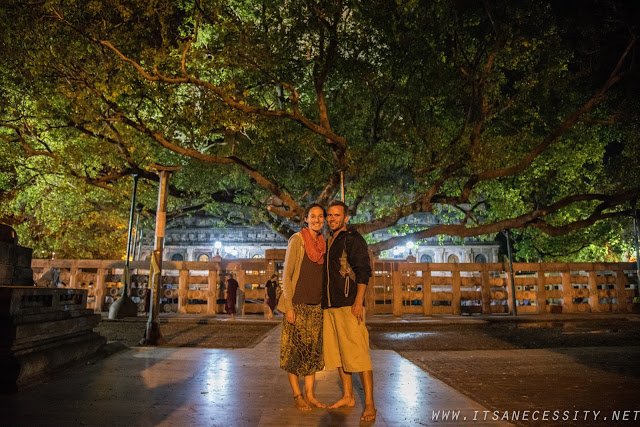 Back to the traffic and mayhem of driving a rickshaw 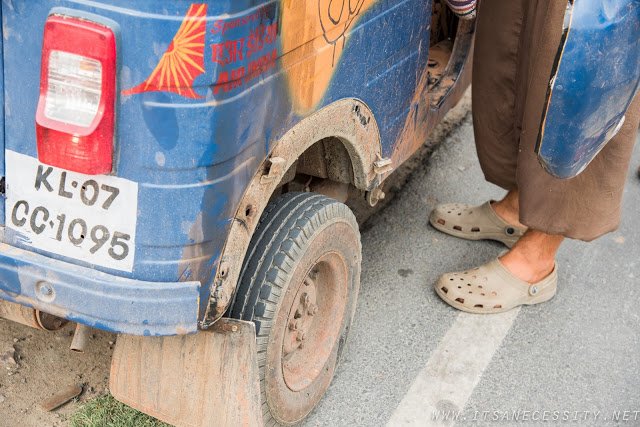