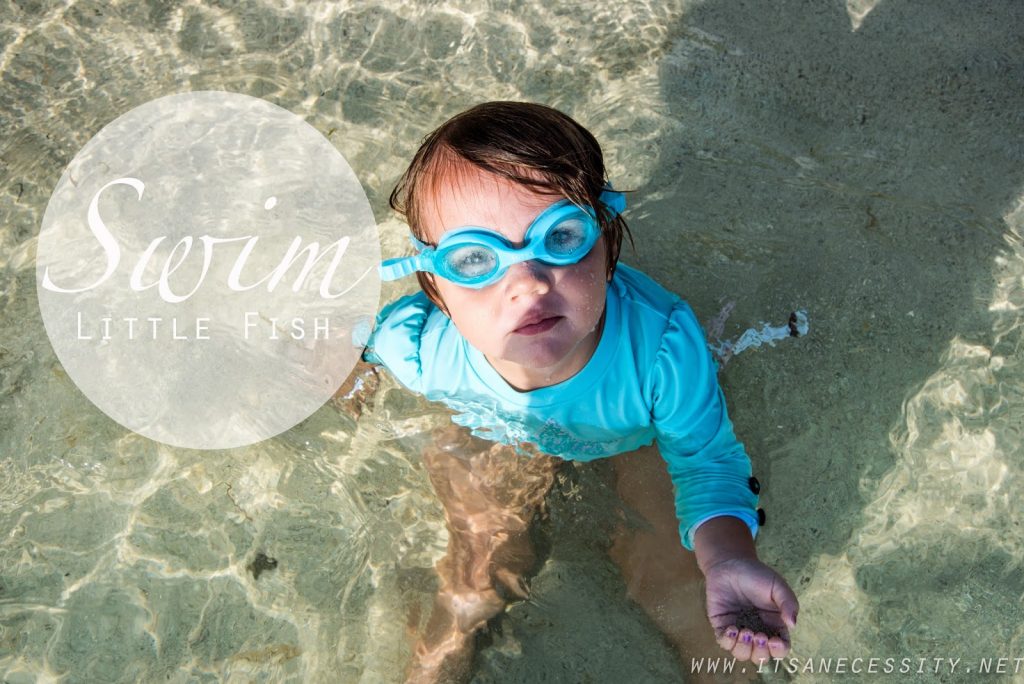 Arias learned to swim really early on. When she was a baby Eben’s job had us living out of various hotels, most of which had pools. So while he was out knocking on doors and making us money, I spent a lot of my days floating around with Baby Arias, with her as my only partner in crime. She was a natural and loved being in the water, so teaching her was a breeze. From the hotels we went back to the boat and she continued being a mermaid, but now in the open sea. We were so proud of how, at not even two, our little fish could swim fully underwater. It was impressive. She made it so mommy could enjoy her beachy drinks and not have to worry like crazy if the little one wandered near the water, because I knew she could fend for herself. (Other people however would regularly give me a heart attack yelling things like “OMG that baby is in the water!” I would spin around thinking “oh no, she’s drowning” but nope, there she was happily swimming with the stingrays.)

About a year later something weird happened and she totally regressed. I think she must have had a scary underwater moment while playing with her beach friends or something. She was now petrified by going near the ocean. She didn’t want anything to do with it. Even if she was in our arms she would kick and scream the closer we got to the water. It was extremely embarrassing and super worrisome, especially since we live on the water. What kind of sailor is horrified of swimming. We slowly had to ease her back in to it, and after MONTHS of working on it she was back to her former self. But man was that ever trying. We had to teach her to swim, twice!

Neither of our girls took swimming lessons. We just spent a lot of time in the water with them, getting them to mimic us, practice holding their breath, and getting used to being splashed and dunked. Once they had mastered those skills we would stand a few feet apart and get them swimming between the two of us, with a helpful push from the starting parent, and a quick scoop out of the water from the receiving parent. Slow steps, baby steps, and they grew confidence in their skills.

Now with Ellia, I admit, I was lazy. With two kids running around, the easiest thing for me to do at beach time was to put her Puddle Jumper floaties on and let them goof around in the water. (Which by the way, if your kid is new to swimming these are the best floaties ever. I have had several parents stop us and ask where we bought them.) I knew I could pay little attention to Arias and she would be fine in the water, and thanks to the floaties Ellia was not a huge stress either. I let that slide for way too long. Ellia is a couple of months away from her third birthday now, and we realized, we have to get on this. Enough with the laziness. So whenever we have both Eben and I around, to have enough eyes and arms for both girls, off come the floaties.
Ellia is starting to swim like a champ. She does look like a bit of a dolt since she insists on wearing her goggles, but with the salt water stinging her eyes I don’t blame her. Her only issue right now is she is fine swimming underwater, but does not have the swimming strength to come back up to air. She always needs a parent around to scoop her up. She is learning quick though. She skipped the doggy paddle and has gone straight to the underwater breast stroke.

Ellia has also given herself her own incentive.  She has got it in her head that once she can swim on her own she gets a snorkel. Because her big sister has one. So she just keeps on trying! 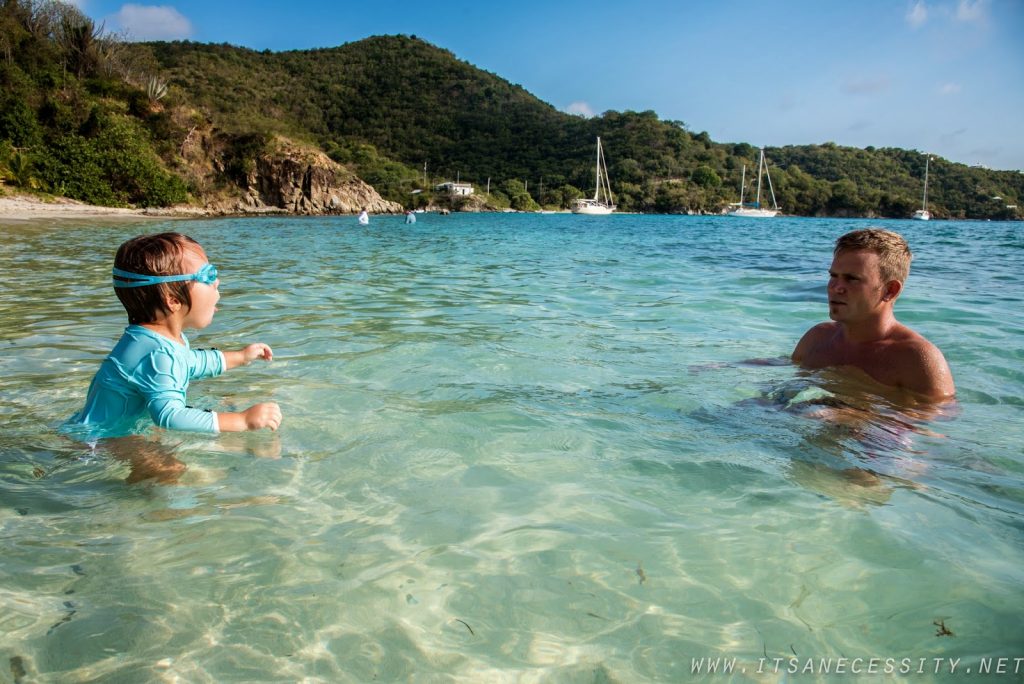 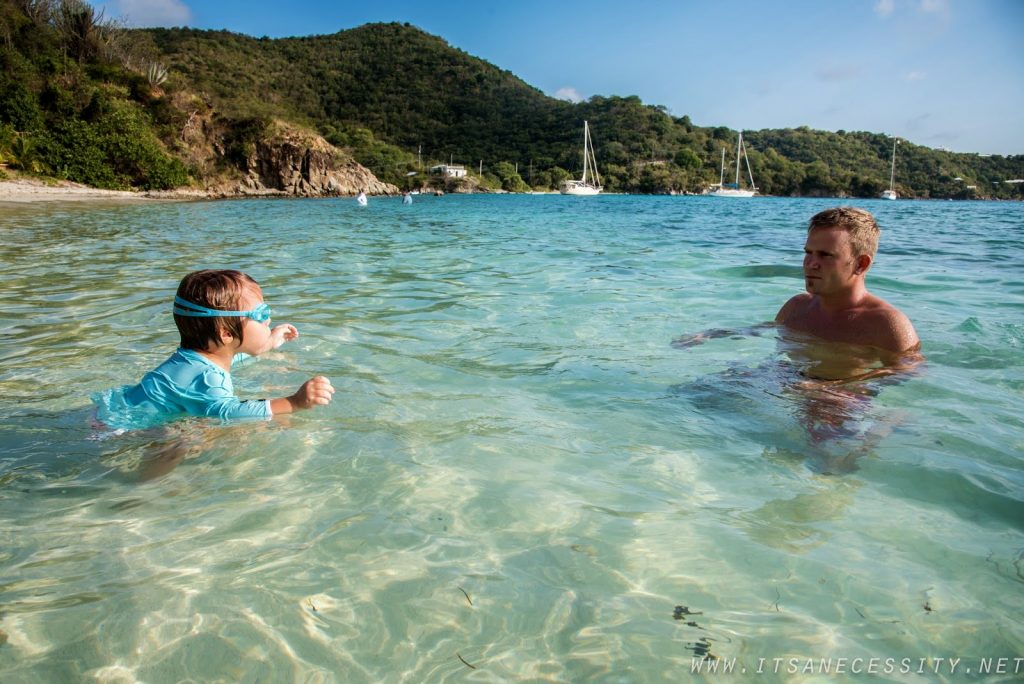 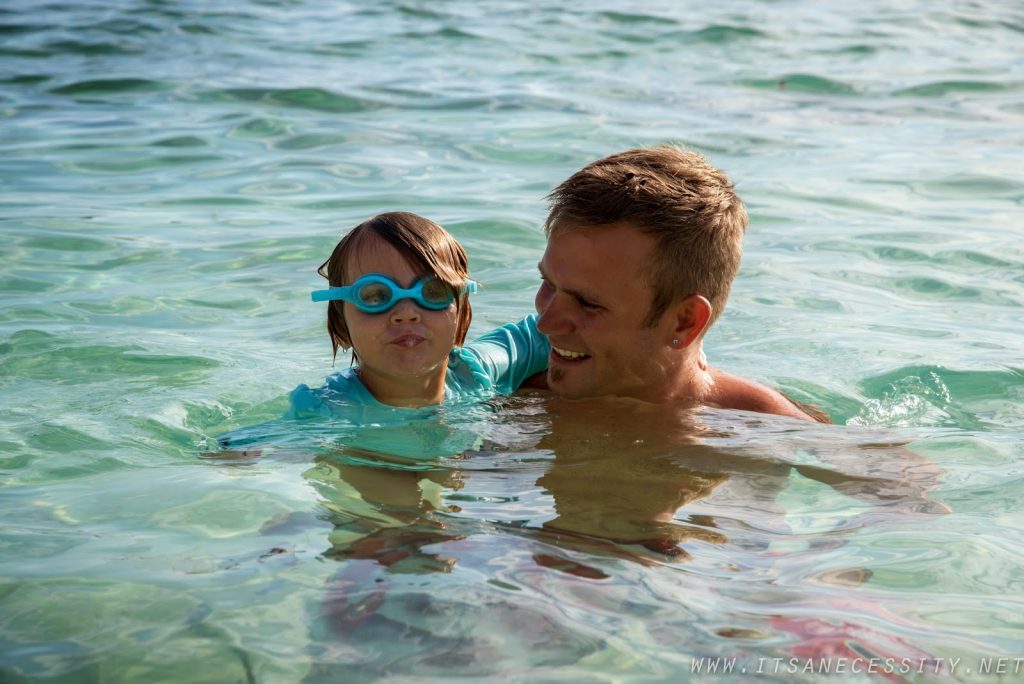 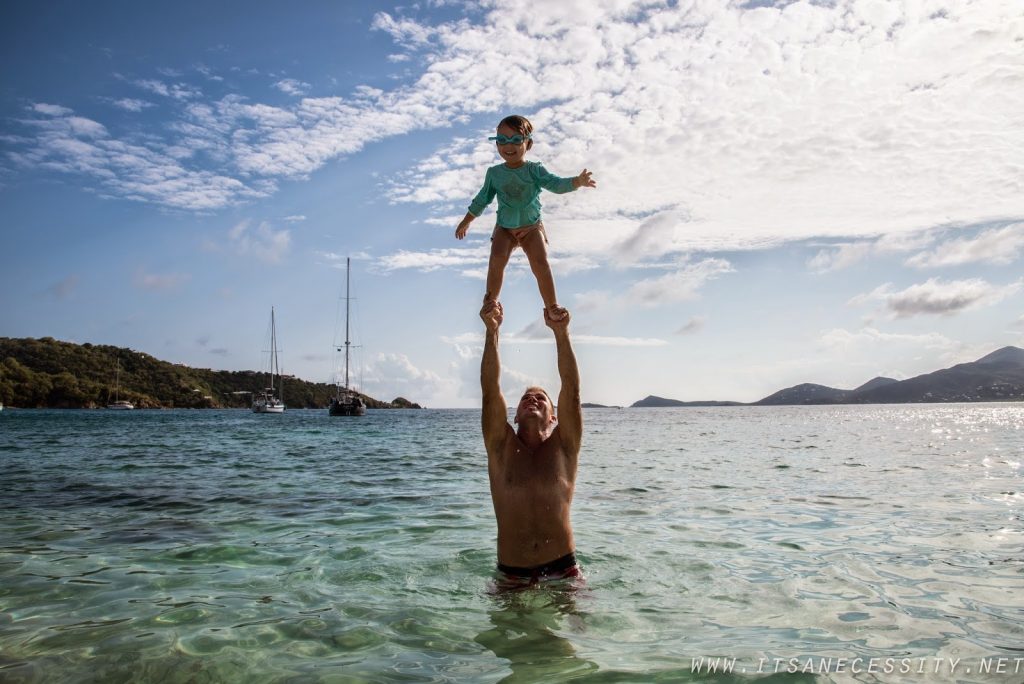 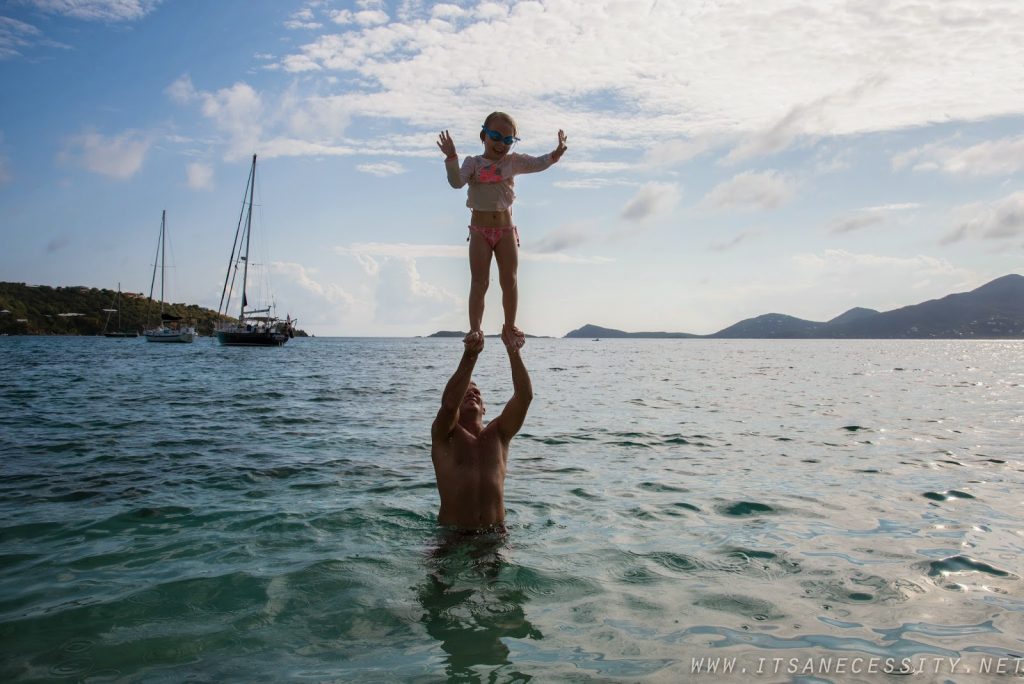 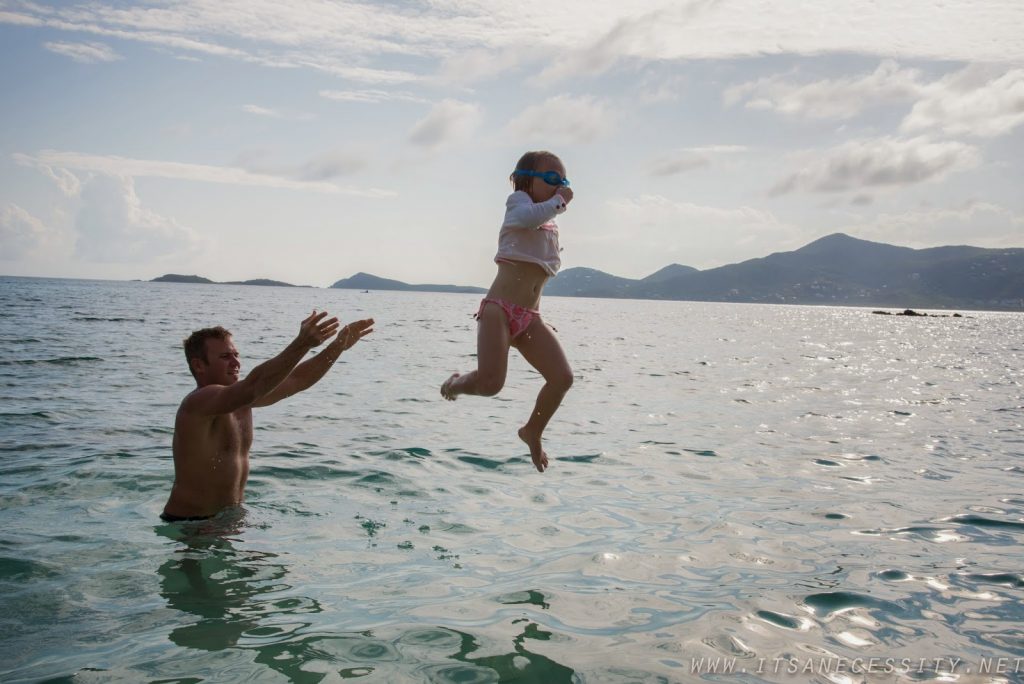