When The Boys Get Bored

Home/When The Boys Get Bored
Previous Next

When The Boys Get Bored 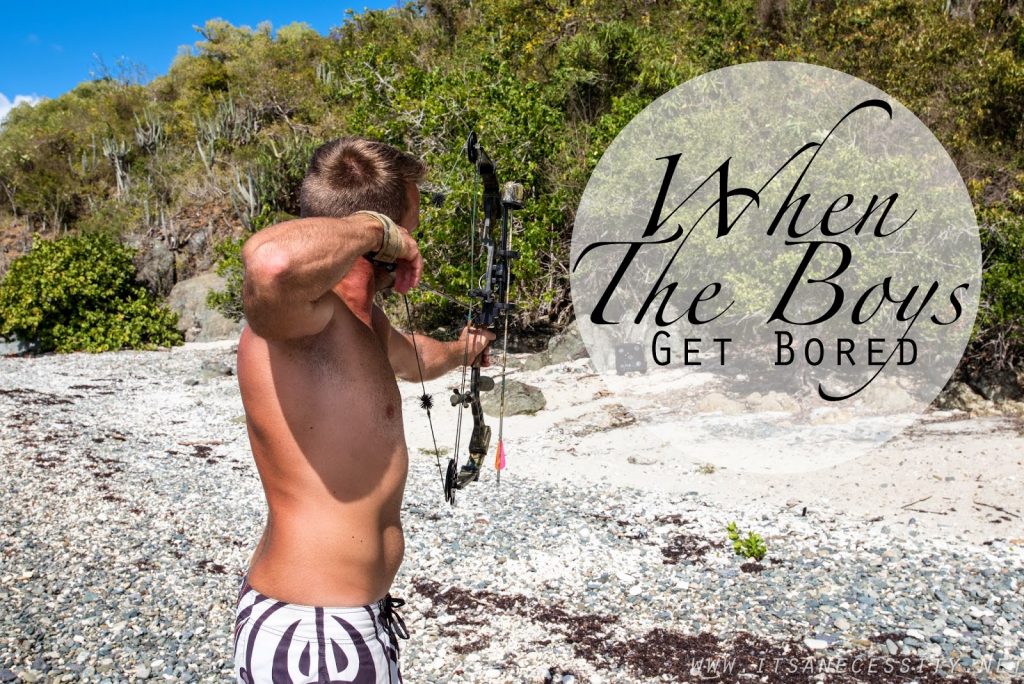 Here is yet another addition to “the Crazy things Eben and Peter do when they get bored”. I know you already saw the posts about these two, and some other partners’ in crime, blowing up life rafts, shooting off expired flares, and jumping from spreaders, when they don’t have some boat project to get done. Well, once again you get to witness their insanity. This one actually isn’t that bad.

Peter’s v-berth on s/v Mary Christine is actually loaded to the brim with fun things to do. Not only does he carry an array of surf boards in there, but one of the latest little treasures he pulled out was his compound bow. Yes they have a compound bow on their sailboat. You could say it’s a weapon to be used in self-defence in case something bad were ever to happen, but in all reality it is purely for the entertainment factor. Peter has gotten himself into this new-to-us sport of bow fishing.
Bow fishing is exactly what it sounds like. You stand on your boat, or a dock, or whatever out of the water, watch the fish swim around, and when those guppies least expect it…BAM! Shot by an arrow. The bow even has a line and reel so that you don’t lose your arrow to the fish, you just reel him in after.
Before Eben could be trusted to take Peter’s gear to the sea they had to do some practice shooting on the beach. And so this is what they did, when they were bored, and had no boat projects. They grabbed the bow and went and played Robin Hood on the beach of Christmas Cove, while the girls and I sat back and watched. 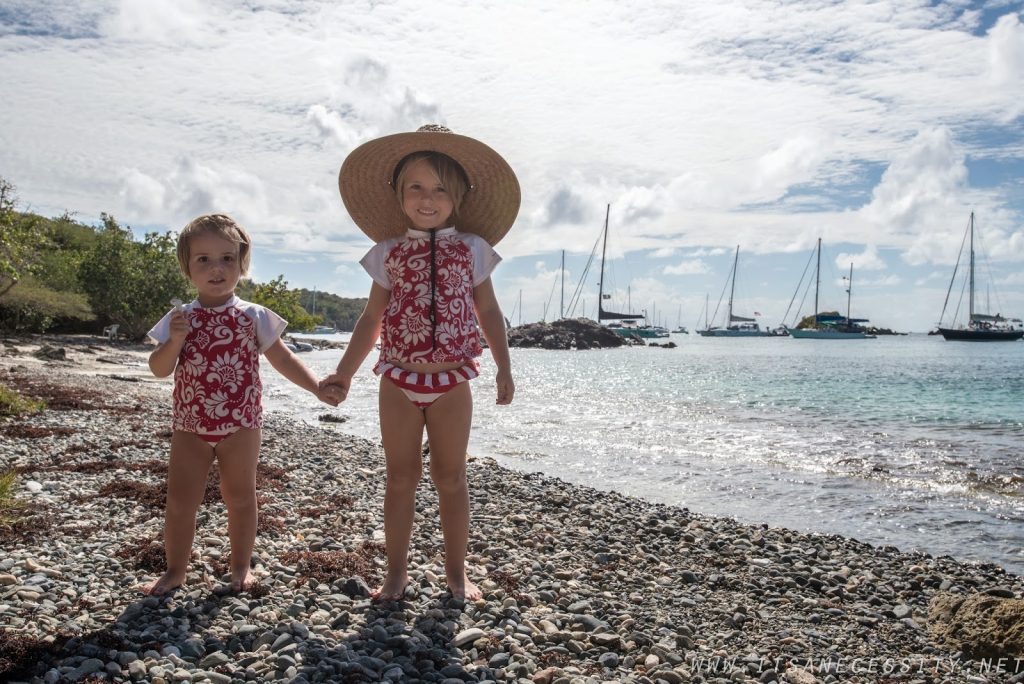 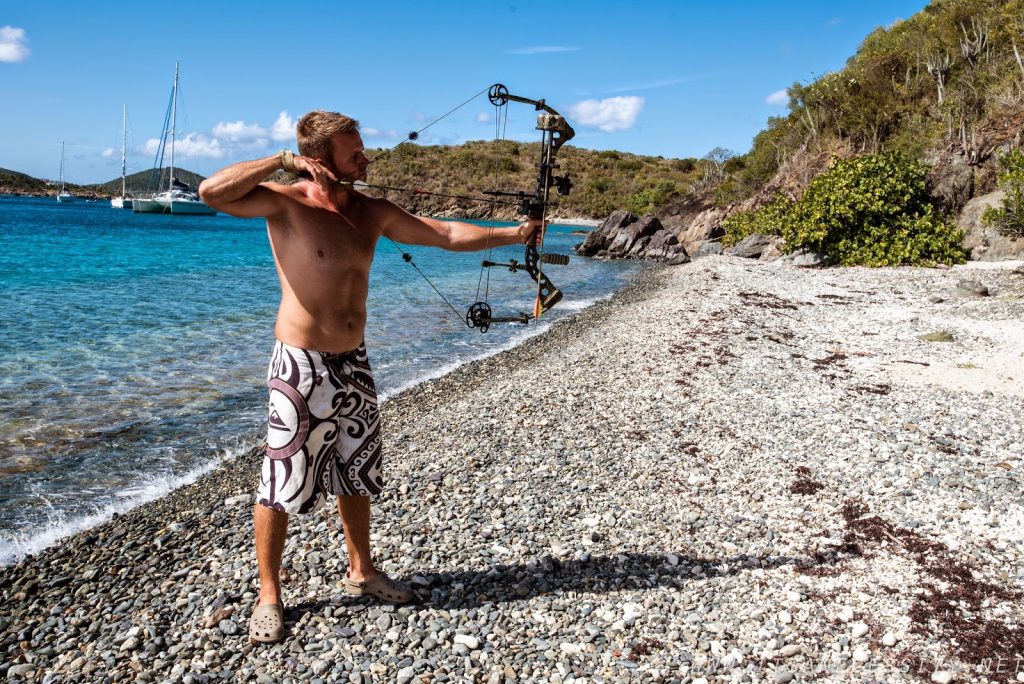 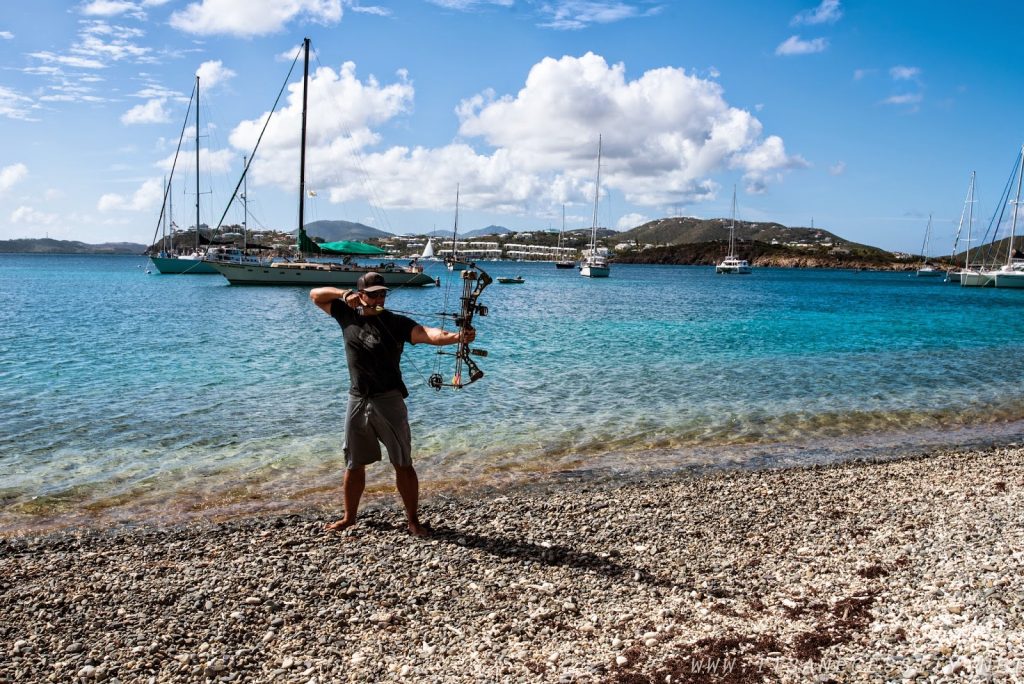 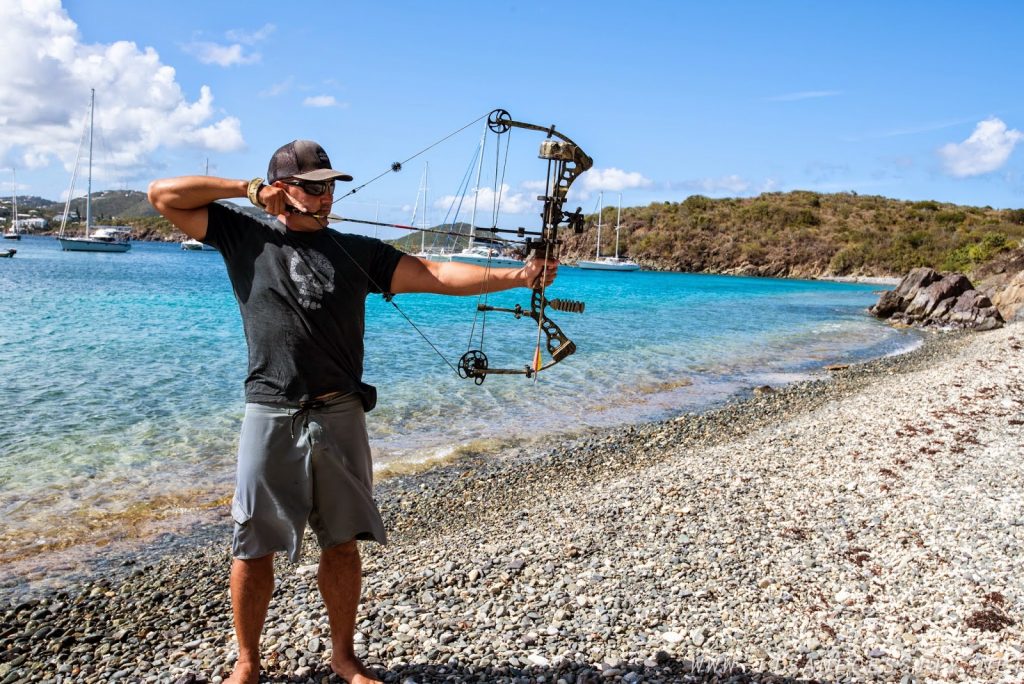 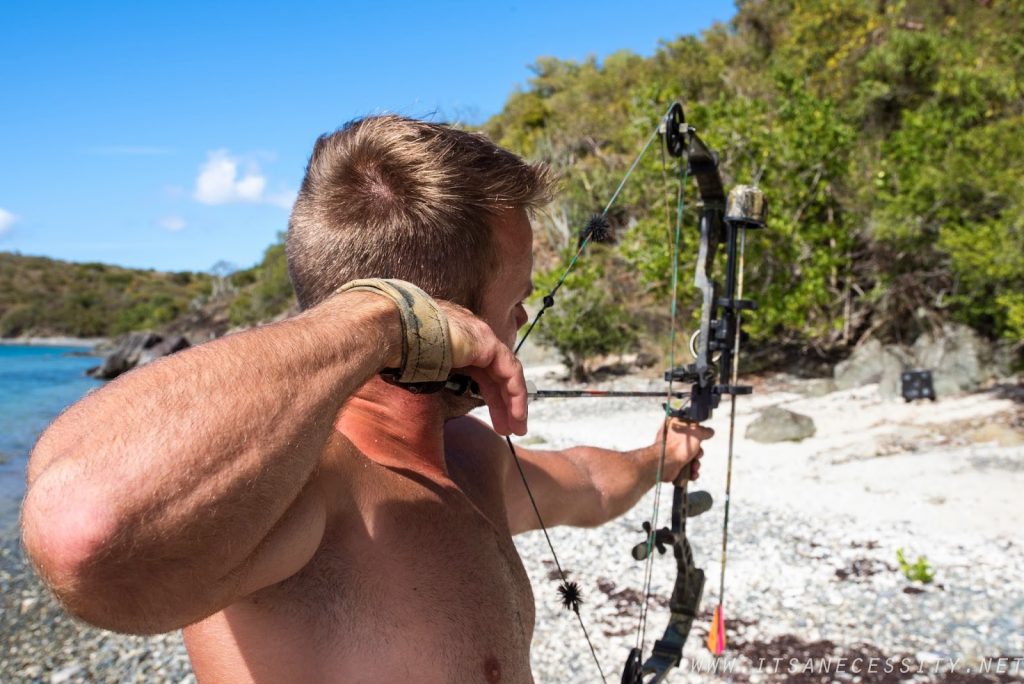 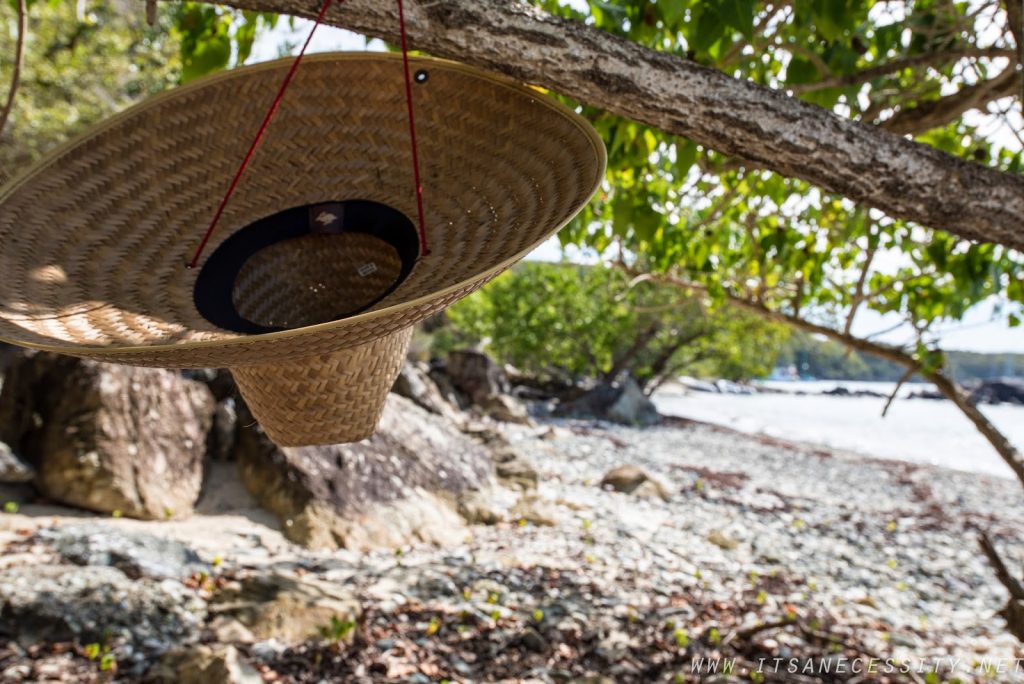