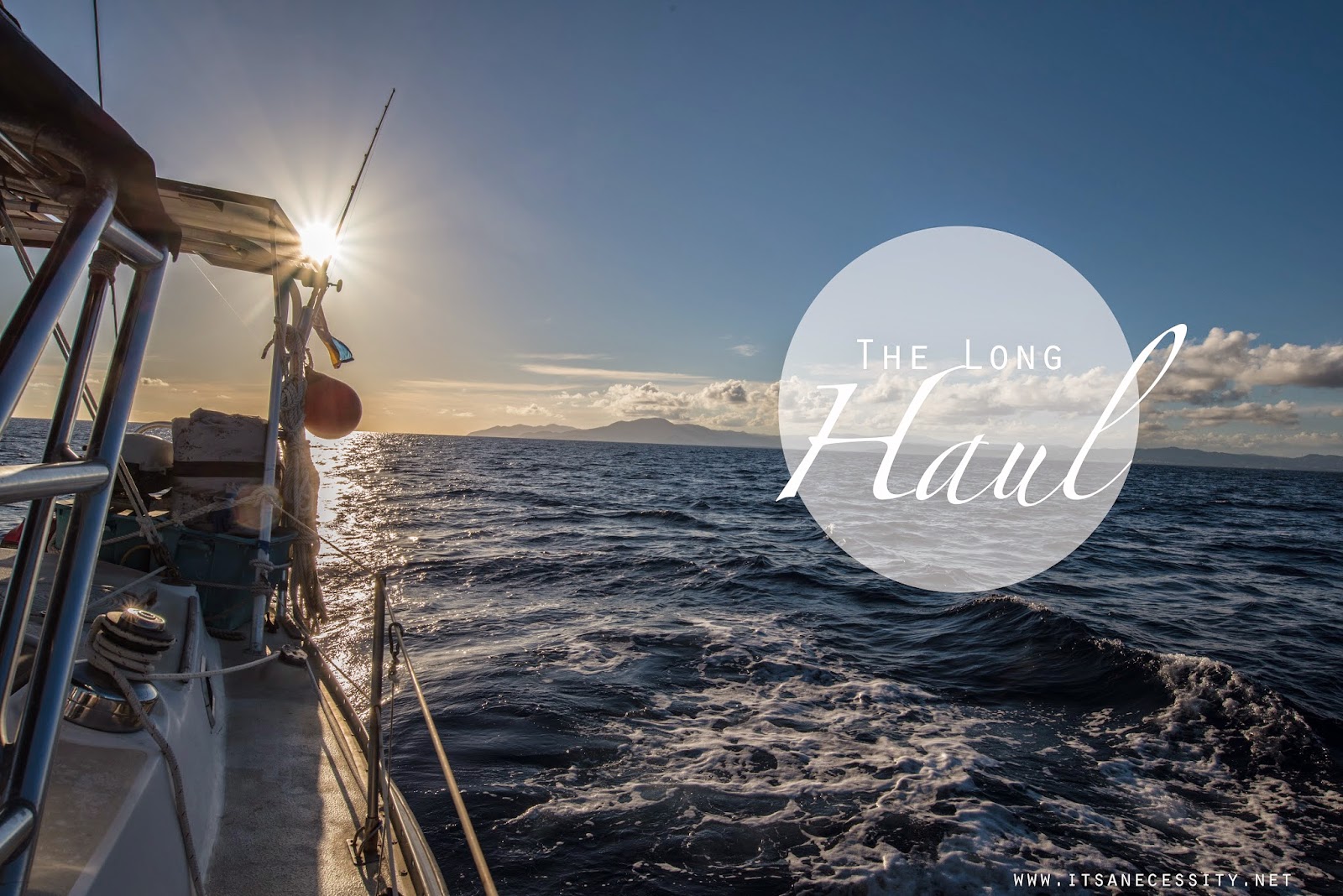 Leaving Boqueron with only one of our buddy boats was not what the original plan had been, but in boating there are always unexpected factors, like boat problems. We almost ended up leaving completely on our own, but buddy boat s/v Senara really pulled through and rigged up a way to work his throttle until he reached Salinas where he could get a proper fix.

Most of the other boats in the bay left a few days earlier, at the beginning of the weather window, when boaters are actually supposed to leave. But with our boat documents being held in Mayaguez by the customs authorities, we had no choice but to wait until Monday when they would be open so we could get them back. Since we didn’t want to deal with these custom procedures at every port, we decided that once we left Boqueron we were going to try and make it as far as weather, and our stomachs permitted. How we alway end up doing these long crossings I have no idea, cruising is supposed to be about short hops and enjoying the ride, but we seem to always end up “pushing through” and going for the long jumps.
We left at dusk, since that’s how we boat best. Eben stresses less when we are all asleep, and because this way we don’t have to entertain the girls or worry about them getting seasick if they are sleeping for most of the trip. Our ‘stop’ options were Salinas, Vieques, Culebra, or St Thomas. Multiple options depending on how many buckets of vomit we filled on this trip.
The night was calm, the girls were passed out, and I even had it in me to give Eben a four hour sleep while I did ‘watch’. This is a rarity on our boat, usually Eben does the nights aided by Redbulls and meal replacement drinks. By morning we were motorsailing passed Salinas and all decided that we were doing well enough to continue on.
We spent about an hour debating if we should’ve stopped there, or turn around and go back, since we had two friends giving us weather updates that said the waves were going to be building throughout the day, making the sail a lot less comfortable. But from what we were seeing, we stuck with our gut decision and pressed on. We had Vieques in our sights. Even though that means absolutely nothing in sailing. Even if you can see the island, you may still have many many hours ahead of you before you reach it. Sailing is slow.
By nightfall, the girls were back in their slumber party positions, on the cockpit floor, and we were passing Sun Bay, Vieques. We were left debating our final destination, Culebra or St Thomas. It was a hard one, since we have a few friends in St Thomas right now, but we also had some shopping that we wanted to do. With Christmas around the corner, and wanting to haul out soon to repaint the bottom, staying in PR would be easiest. And we wanted to give Culebra a second try, because last time we were there it was flooded with bad memories because this is where we got Ciguatera.
We decided on Culebra, which meant we would be reaching the bay at 2am. Not ideal to be entering a bay full of boats, half of which don’t use anchor lights. But we had no choice. We did it, without running aground or hitting any other boats. Once anchored I breathed a sigh of relief, relocated the girls from the cockpit floor to their beds below, and went and passed out. In 31 hours we motorsailed from tip to tip of Puerto Rico, with not even one incident of sea sickness. Looks like we may have located our sea legs afterall.
On the schedule for the next couple of days, go check in again, yuck, go shopping, yay!, and discover this island a little better. We also have to decide how long we want to stay here, and where we want to celebrate Christmas. 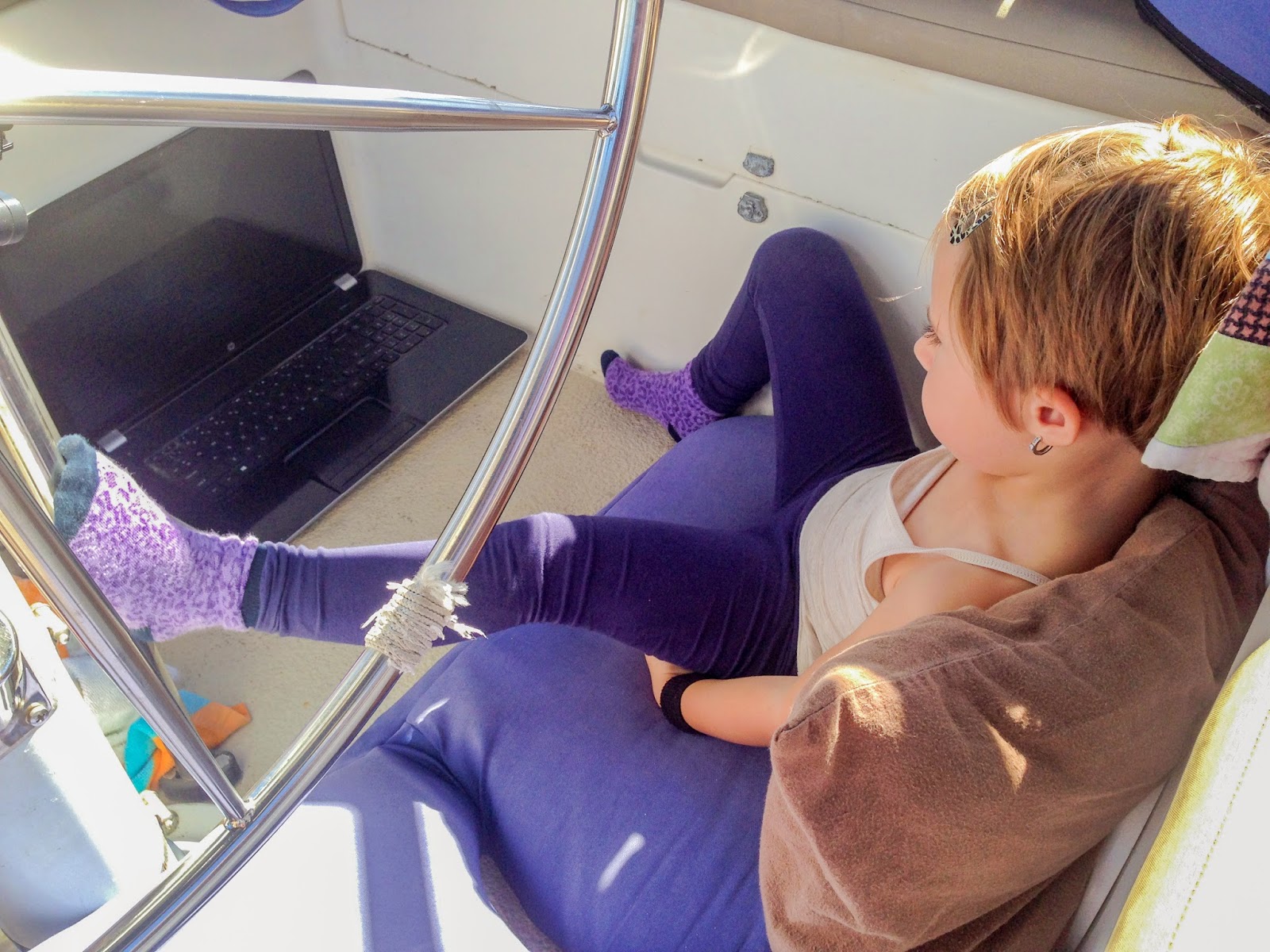