House Hunting In Mexico: Seeing Beyond The Renos

Home/House Hunting In Mexico: Seeing Beyond The Renos
Previous Next

House Hunting In Mexico: Seeing Beyond The Renos 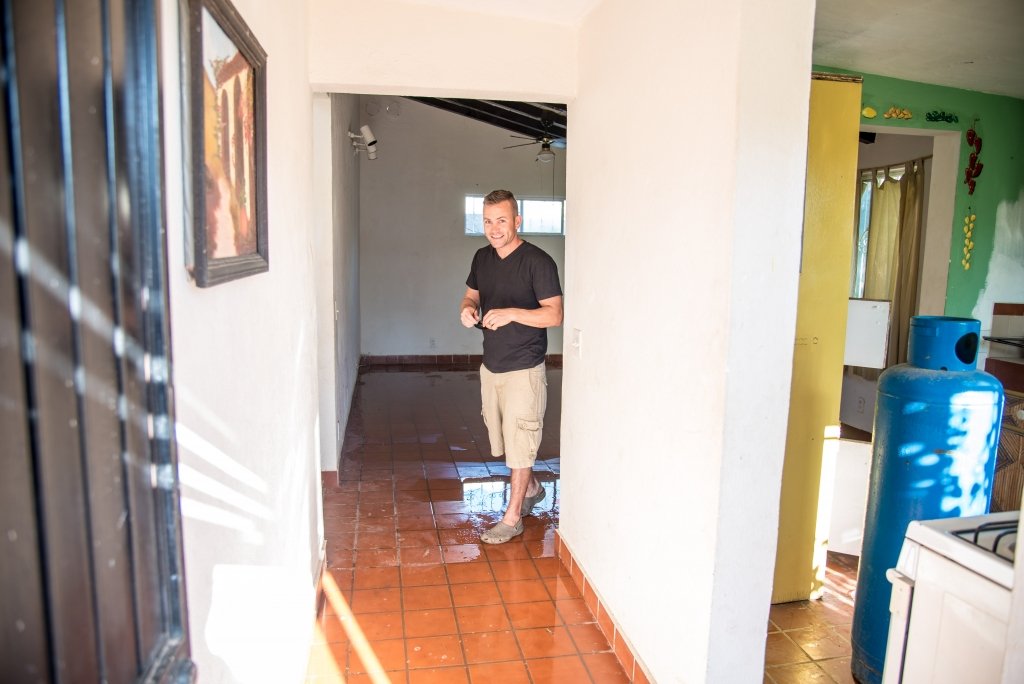 Following our greatly successful road trip from Canada, through the States, and down the Baja we found ourselves in Todos Santos, homeless, again! Our friends, and business partners, graciously hosted us while we got our lives in order. But we were super excited to find our own place and get settled in, so on our second day in town we started knocking on doors to find a place to live.

What We Were Looking For

Eben really doesn’t like the idea of renting. He feels it’s just giving money away. But our options were few. We could buy a trailer and live in that. There aren’t too many on the market here. So that was out. Build a place. We don’t have the time or money for that right now as our time and money is going into this boutique hotel business we will be starting. So that was out. Or rent a place. We really only had the one option then!

Todos Santos is fairly small. The town is divided in two sections. El pueblo (the town side), and La Cachora, which is more of an expat area. Since the girls are both going to the public school on the town side, and town side has a few grocery store options, and lots of restaurants, this is where I wanted to be. Town side is busy, vibrant, touristy, local, and fun. It’s walking distance to everything. And there is a lot of people watching opportunities on this side. I love to watch people!

The boxes to check on our wanted list were: we wanted a “small” house. Which anything bigger than a 41ft sailboat feels big to us, we aren’t difficult to please. We wanted cheap rent. And we wanted in El Pueblo, or as close to it as possible. 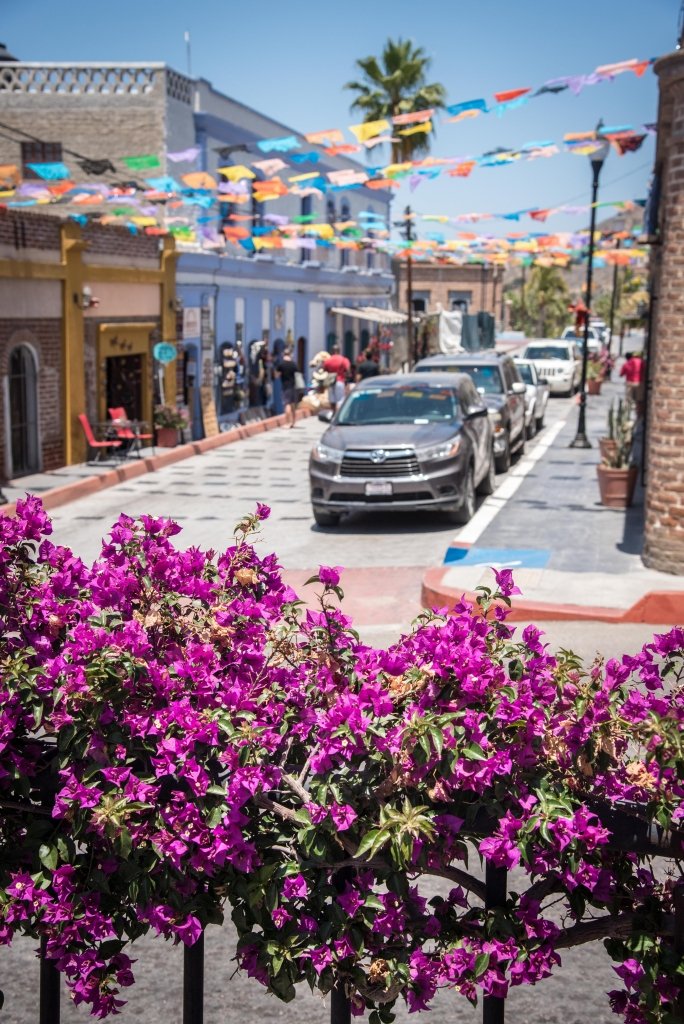 The Places We Looked At

We looked at three places. 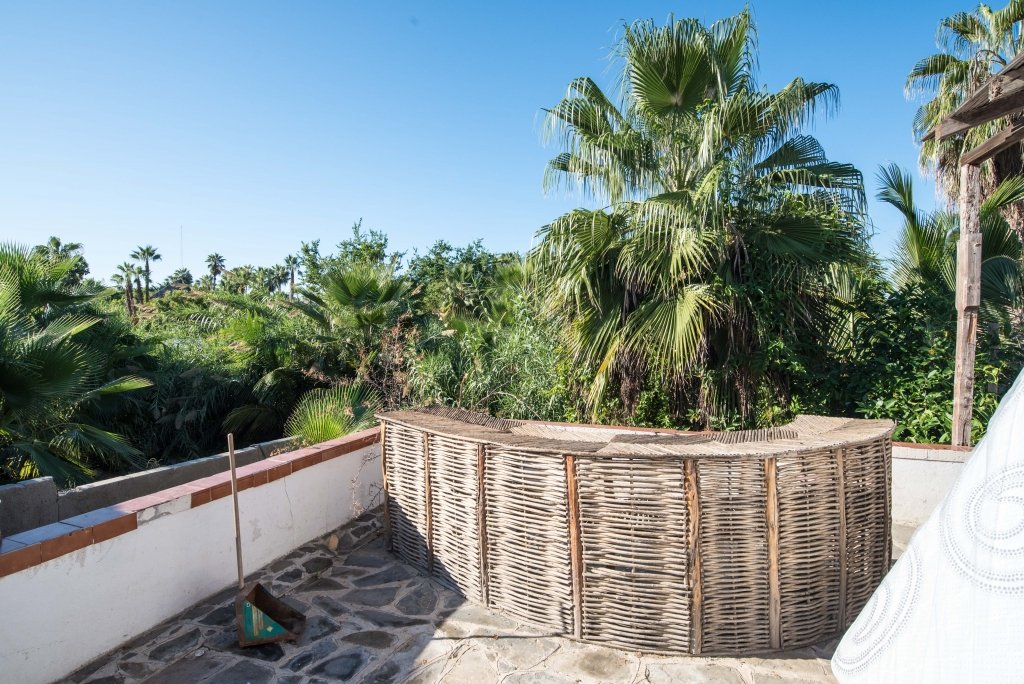 Our “front yard” looking out back. And our own bar!

Let the adventures in renovating begin. To give you an idea, on day one we walked into the place and the living room had an inch of water on the floor. The water had been reconnected the previous day and Eben found 4 leaky hoses throughout the house! We are encountering all sorts of projects, plumbing, electrical, painting, and LOTS of cleanup from lots of bugs (termites, ants, cockroaches, and spiders). But we aren’t afraid of working. It’s all part of the adventure, and we are doing it with huge smiles on our faces. 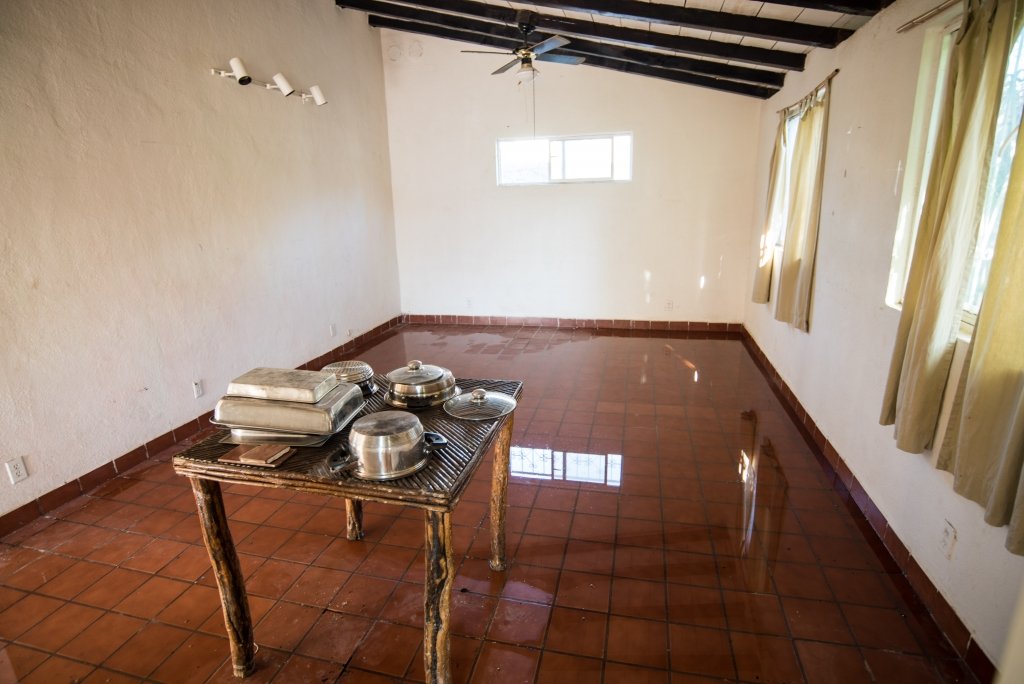 Quite a surprise to walk into the house on our first day to find an inch of water on the living room floor. It made it easy to wash up, just add soap!

This is part of the way we manage to live the life that we do. We do the work ourselves and get down and dirty. We find the fixer-uppers, and we turn them into what we want. And we make a great team throughout it all, with Eben’s infinite knowledge of every project, and my willingness to do whatever is needed, we make it work. 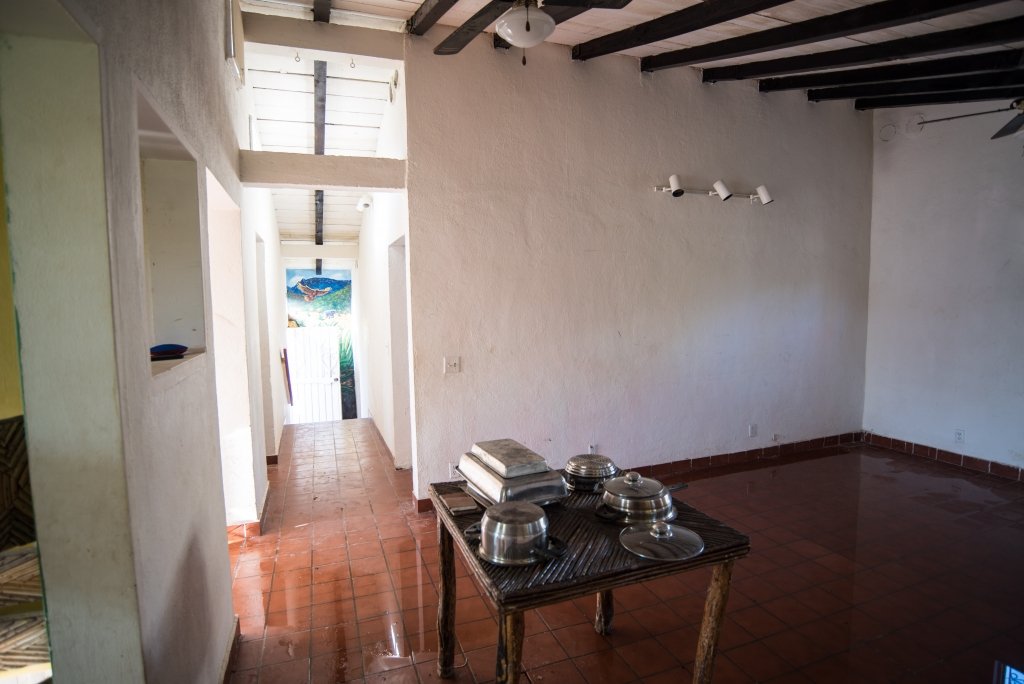 From the living room area looking down the hallway. Girls bedroom is the first right. Bathroom is opposite. Down the stairs is our bedroom on the right, and back door on the left. 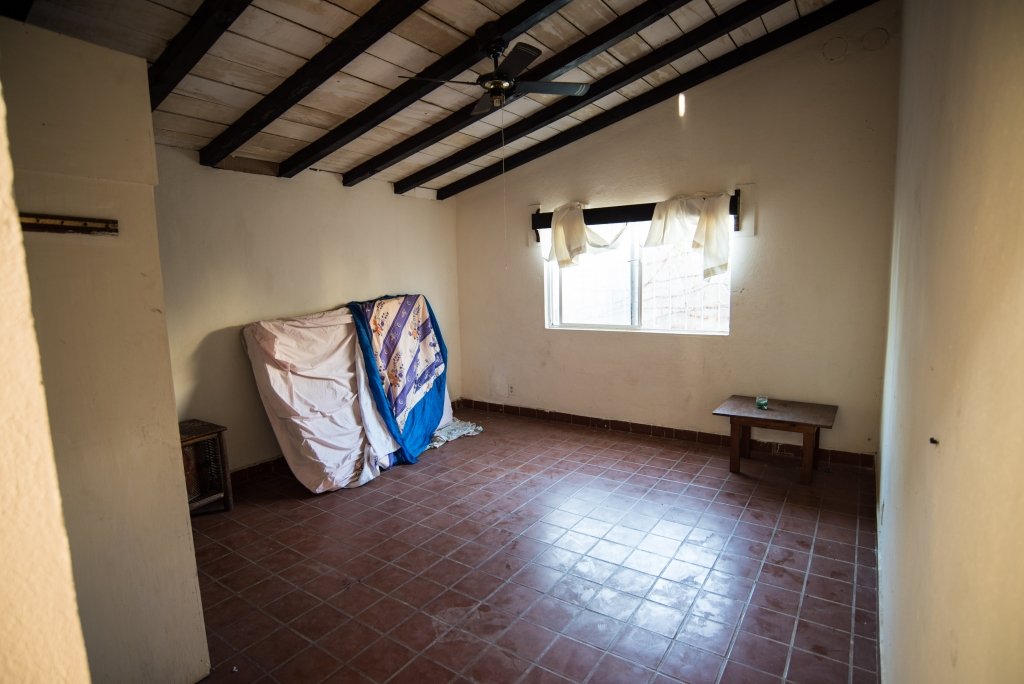 Girls bedroom. That mattress is gone and replaced with two double beds. One for each girl. 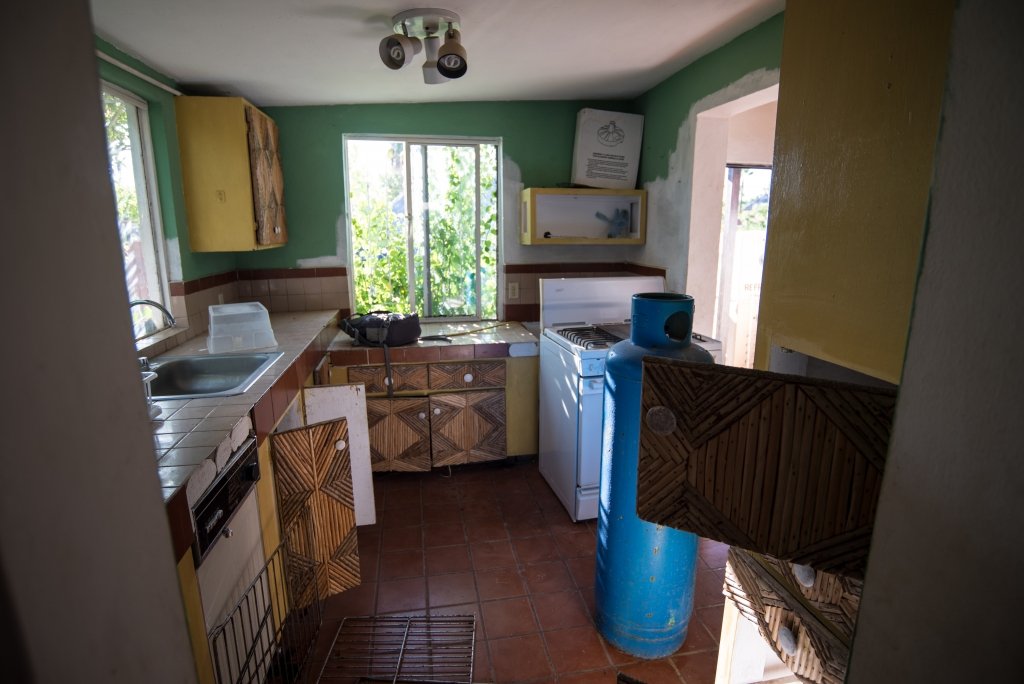 Kitchen. We took out that dishwasher. We’re planning to paint it entirely while and replace the cupboards with wood shelving. 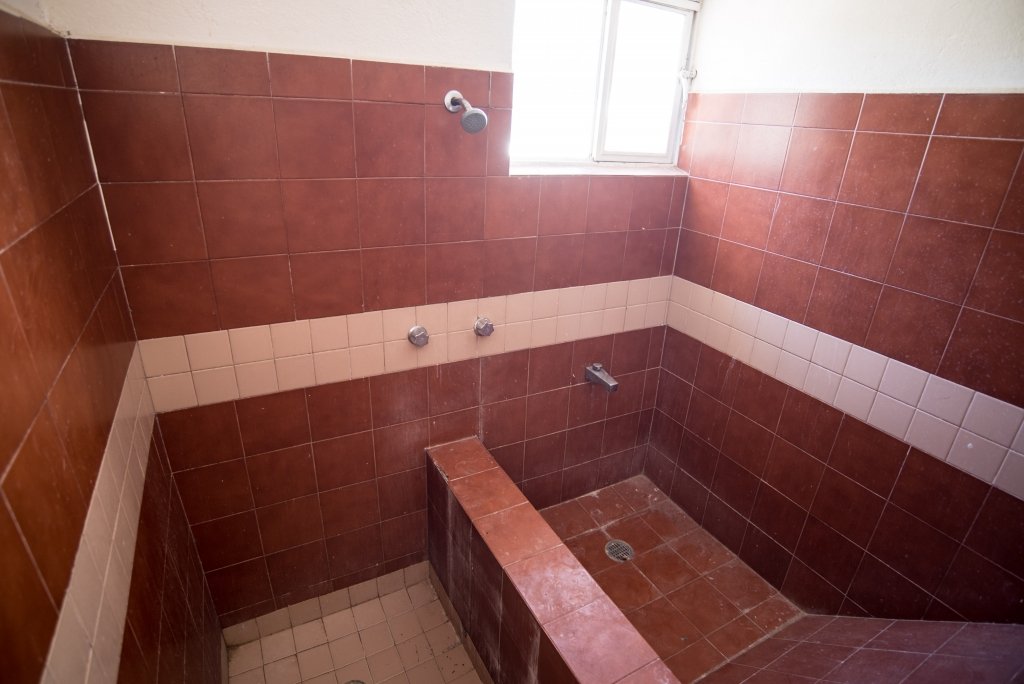 The oddest tub/shower area but the girls love it, they have a little pool tub there! We’re switching out all the handles, spouts, and the shower head. 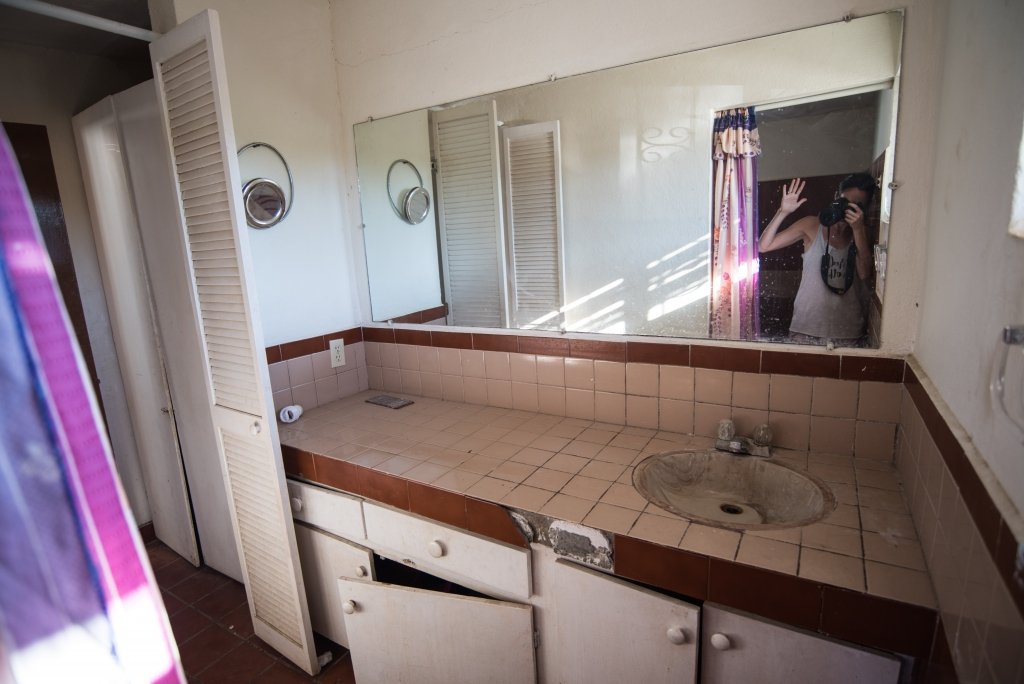 Really dislike this space. But Eben has already switched out the sink to a way better one and some paint on the walls and cabinets will clean it up. We are debating re-tiling the whole counter top. 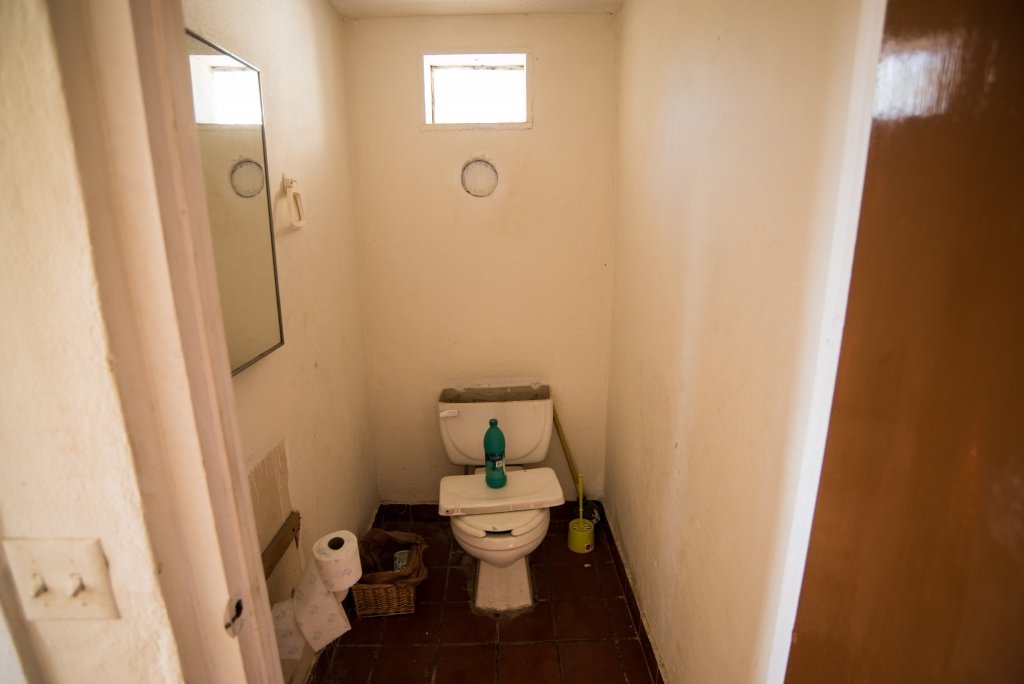 Again. Repaint. We will get a wood shelf to put over the top of the toilet. And are trying to figure out something for over the plumbing sticking out of the wall that is currently serving as a toilet paper holder! 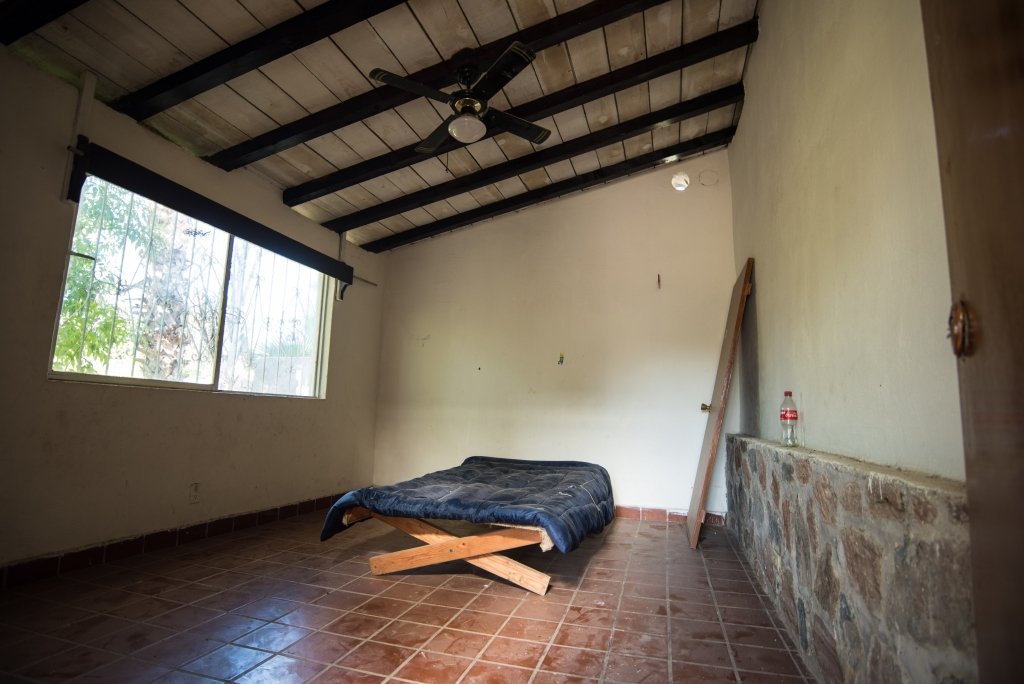 Our bedroom. That bed is gone and now we have a king mattress on the floor.