Kiteboarding Progress : My Husband Is Insane!

Home/Kiteboarding Progress : My Husband Is Insane!
Previous Next

Kiteboarding Progress : My Husband Is Insane! When we first came back to the DR, Eben and I decided to take kiteboarding lessons. For a couple of reasons really. The first being that between trips, on our down time, there wasn’t so much for us to do, considering we live full time in an all-inclusive (meaning no cooking, no projects, no cleaning, etc). So we needed a time filler. Eben was getting bored, and that is never a good thing. And the other reason we decided to give this extreme sport a go is because we live 10 minutes away from Cabarete, one of the kiteboarding mecca’s of the world. People flock here in droves to take advantage of the great winds that are found on the north coast of the island, which are optimal for this sport. So how could we live right next door and not try.

Our lessons went well. Eben had some prior board sports skills (from wakeboarding, snowboarding, and so on). Me, none at all. Complete newbie to board sports (other than the handful of runs I have done down a bunny hill with my two feet strapped to one board), and I had never flown a kite of this magnitude. In our “couples” private lessons we had 9 hours that we could split any which way. Because of our varying skill levels, I took 6 of those hours and Eben used 3. I spent all 6 of my hours with a helmet and lifejacket on, to protect myself, and warn everyone else around of my newbie status. The sad part was that it wasn’t even cool looking gear, so I looked like a complete knob during those 6 hours of my life, but at least I was holding a kite, pretty extreme of me right!?

Once our hours were up and the security blanket of our instructors was gone I complete wussed out. I had the kite up in the air, I had no life jacket, no helmet, my feet were in the ocean, and I panicked. I nearly started crying. I decided to land the kite. Most of my fear was that I was going to mangle myself, embarrass myself, and possibly kill someone else. That was the last time I held a kite. Sad I know, but at the same time I don’t really know why I thought I would like kiteboarding. It is a dangerous, adrenaline rush, where you are constantly getting water splashed in your face…I don’t like any of those things! But for Eben, those are the things that make him tick. He has continued and is doing some amazing stuff.

When it came to buying gear we did what we most often do. We did lost of research online, we checked what is best, and what costs look like. We even contacted Naish and they offered us a pretty good discount. But then we ended up doing our usual, buying what is most convenient, at hand, and cheap. We bought locally, used gear from other kiteboarders that were heading home after their vaca on the island. We also figured that by doing this if ever one of the kites went on an adventure on its own, or slammed down to the ground and exploded we wouldn’t cry as much about a $500 kite compared to a $2000 one. So his kites and board came from around here.

One thing that we did seek out, and got by mail, were Eben’s sunglasses. It wasn’t until he had done a few sessions of boarding that we realized that while you are learning you spend a lot of time out on the water starring up at your kite, and outside of sunglasses there is no way of protecting your eyes from the harsh sun. Eben had come home a few times with bloodshot eyes from the sun and salt. He looked liked he’d been drinking and crying way too much. So we contacted Seaspecs and they sponsored us two pairs of their sunglasses made especially for water sports. (They have the strap to hold them on your head, are polarized and have different tinted lenses to prevent glare on the water, they float, and they make you look like you should be going super fast!) And to protect the rest of his body from the sun he wears his NoZone t-shirt rashguard that he received last year, and our skin-protectors extraordinaire, Swox and Sun Bum sunscreens/sunblocks for all skin that is not hidden away with clothes and gear.

For his first few weeks Eben paid for a some of his sessions to be supervised by a caddie that could keep an eye on him from the beach in case he needed help at any time. He has now come leaps and bounds, literally. He went from only being able to ride in one direction, to now going every which direction, and most often every run he does involves him launching off a wave and flying into the air anywhere from 2 to 20 feet up. He has also had a few spills, but thankfully, other than getting a few good salt water nasal cleanses and some mild thigh chafing, he has come home in great spirits.

He had one pretty funny story where he was kiting out past the reef (where hardly anyone goes), crashed his kite, which then accidentally unhooked, launched again, got dragged, until one of the lines snapped and the kite flew away. Now remember, he was way out past the reef, where most people don’t kite, and his kite was now a mile off. To his luck, someone kited over and checked on him, then she returned to the beach and got someone with a higher skill set to go rescue his kite and then return to rescue him. This guy, his rescuer, retrieved Eben’s kite by hooking it to his belt and dragging it behind him back to shore, and then returned to get my floating hubby. He was a strong enough kiter that he hooked Eben to him and had him wakeboard behind him, both being flown under the first guys kite. I didn’t get to see it myself, but with my knowledge of kiting, this is pretty impressive!

Eben is no longer bored and has found an outlet for his anxious energy, which is great for him, but a little nerve racking for me every time I see him head out past that stinkin’ reef. 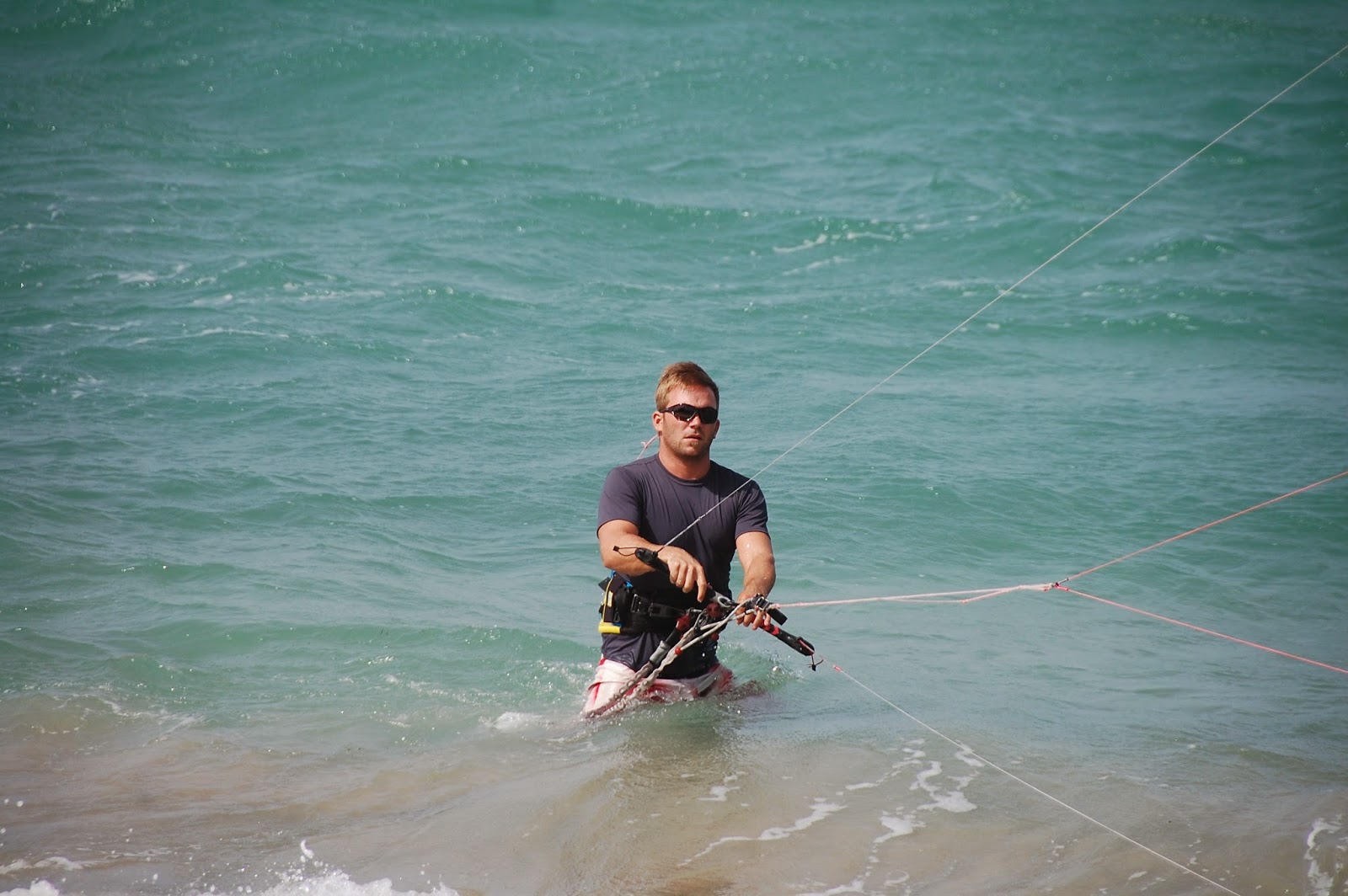 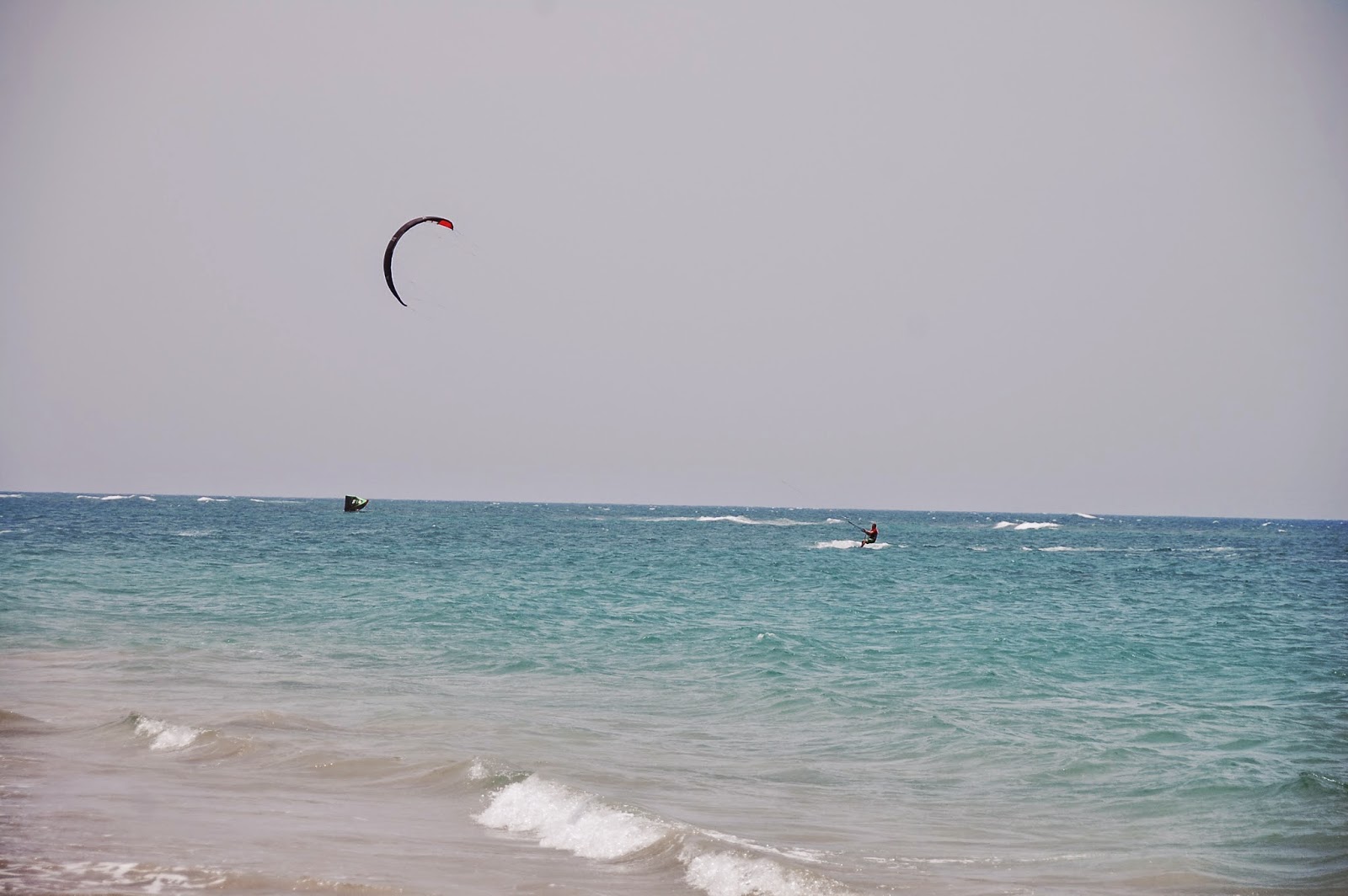 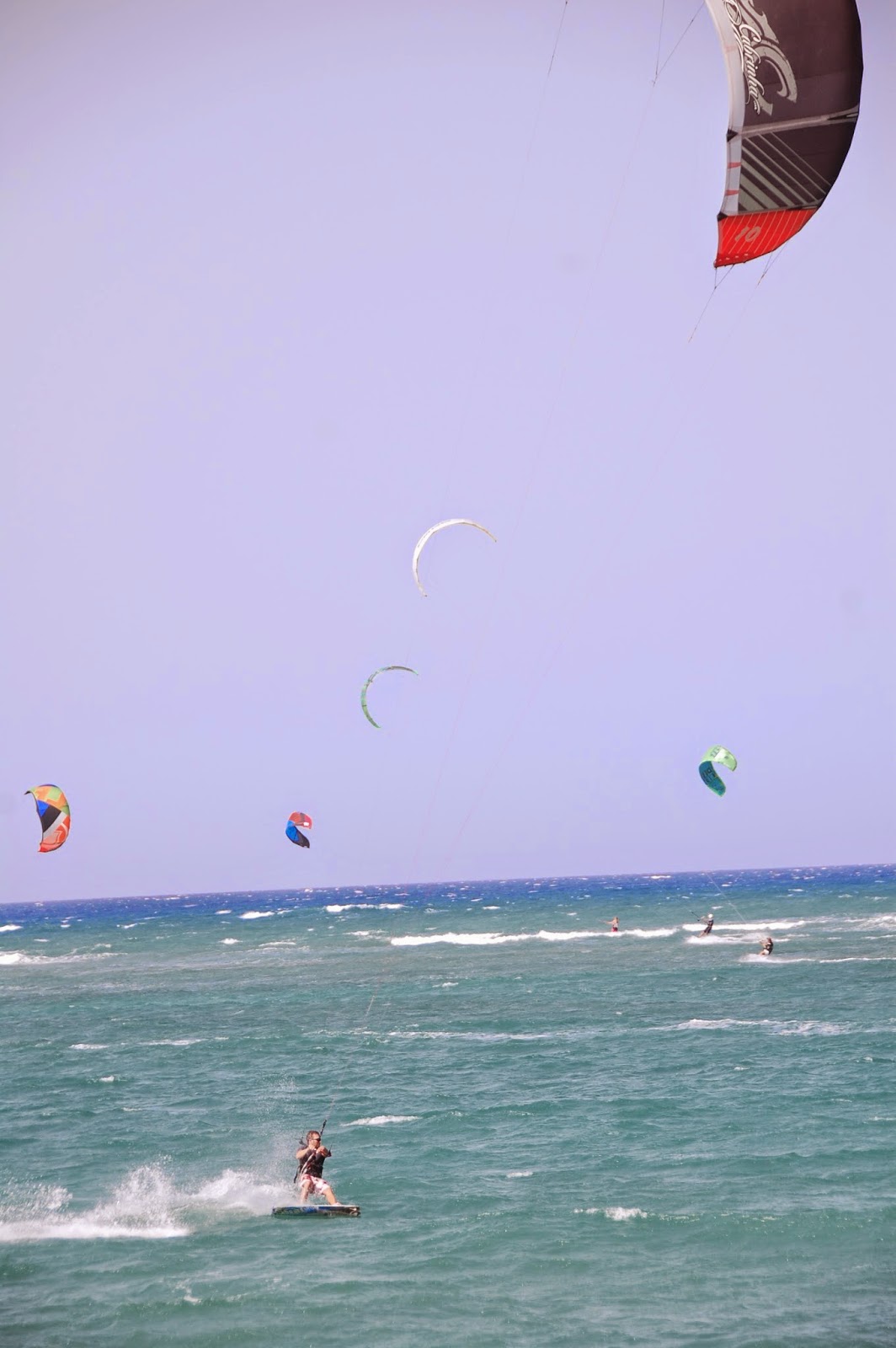 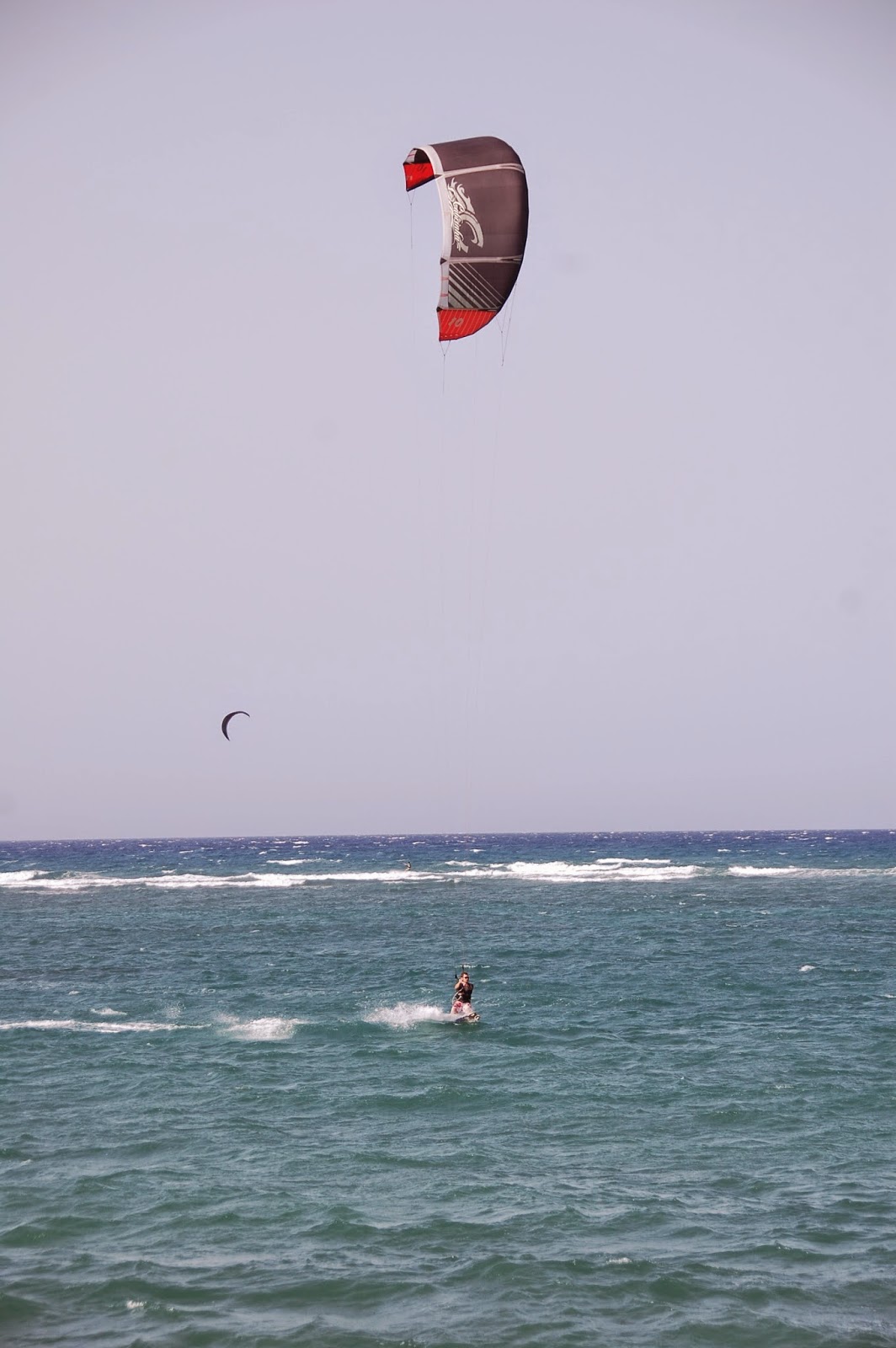 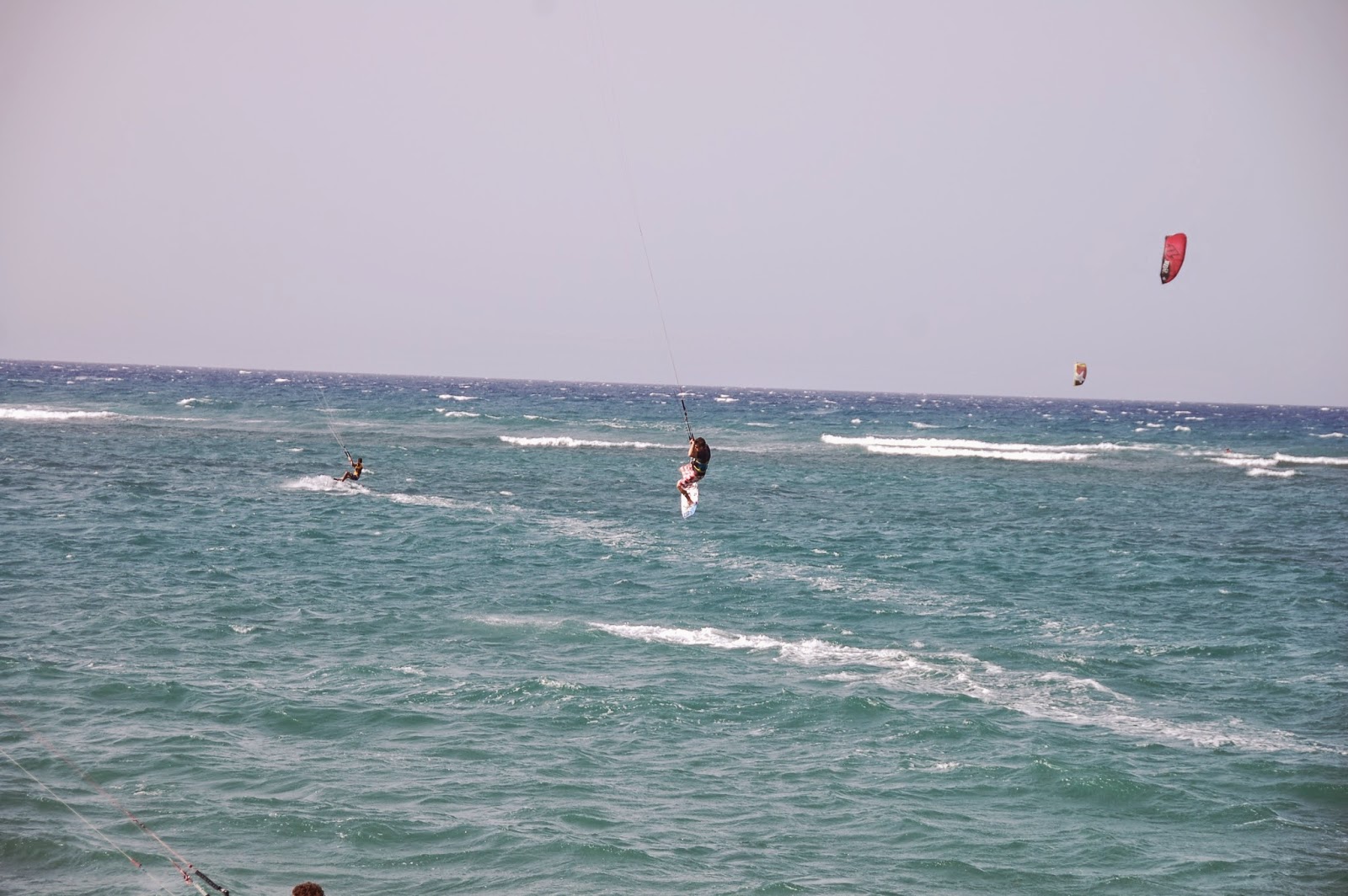 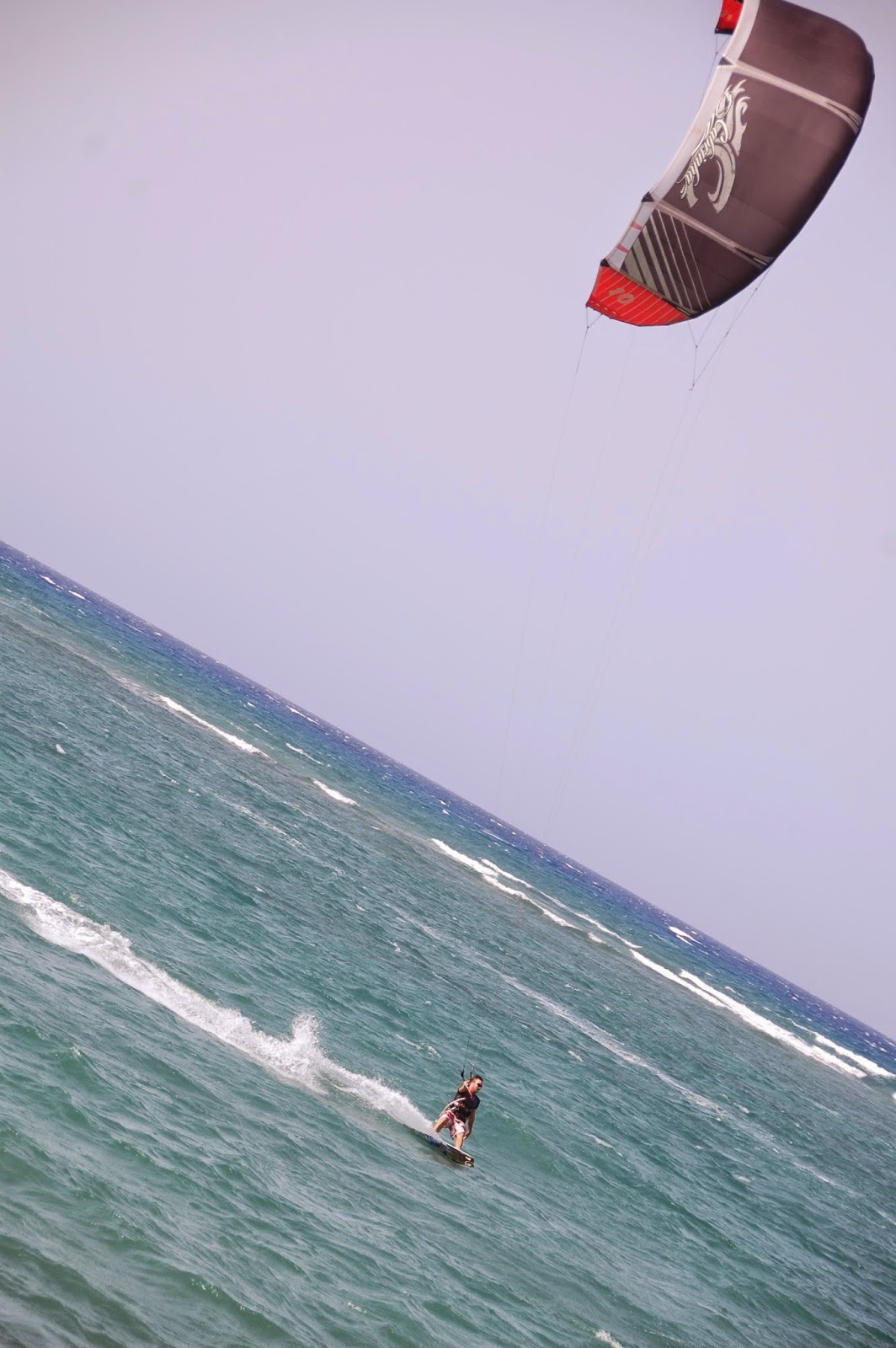 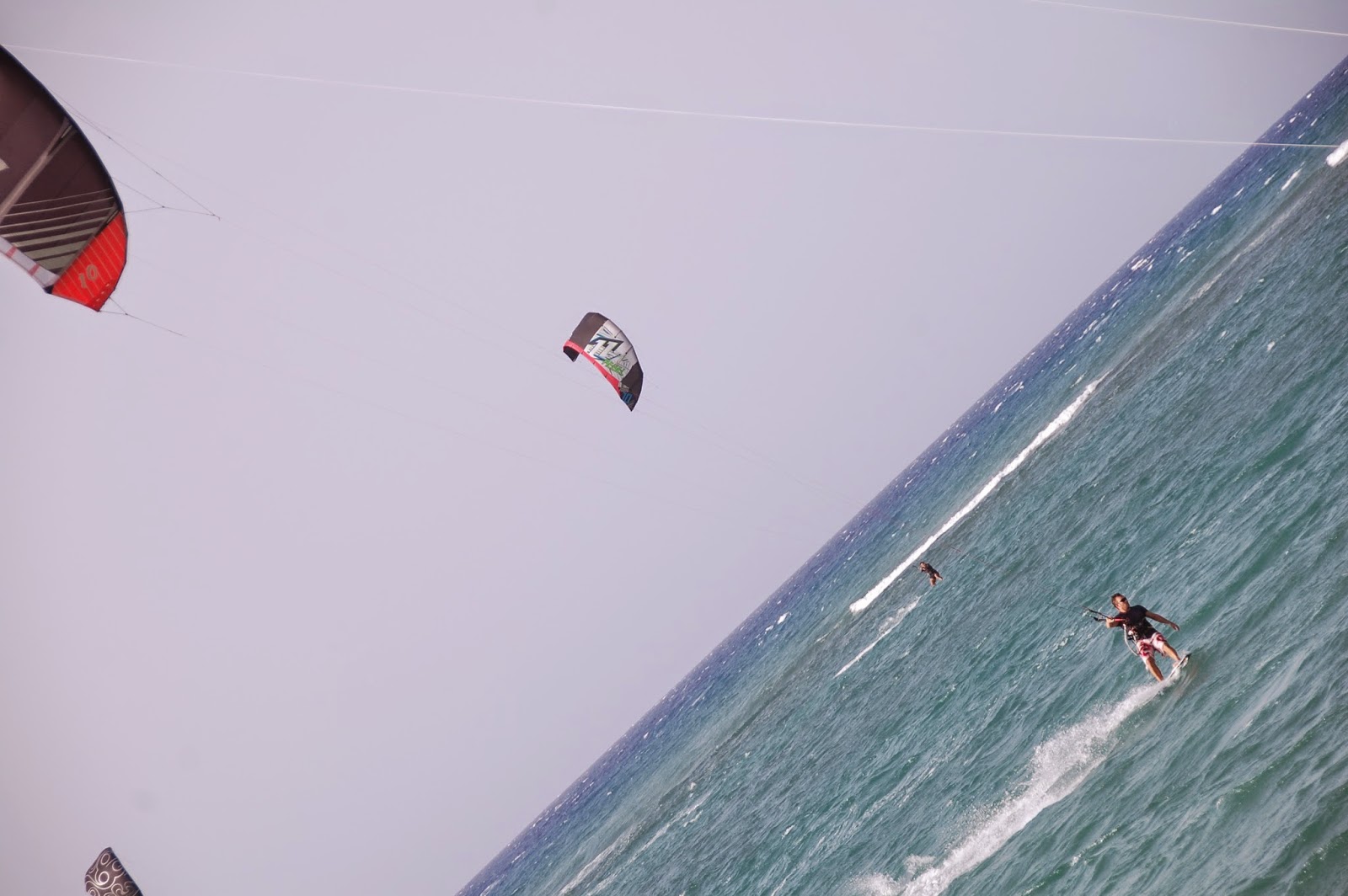 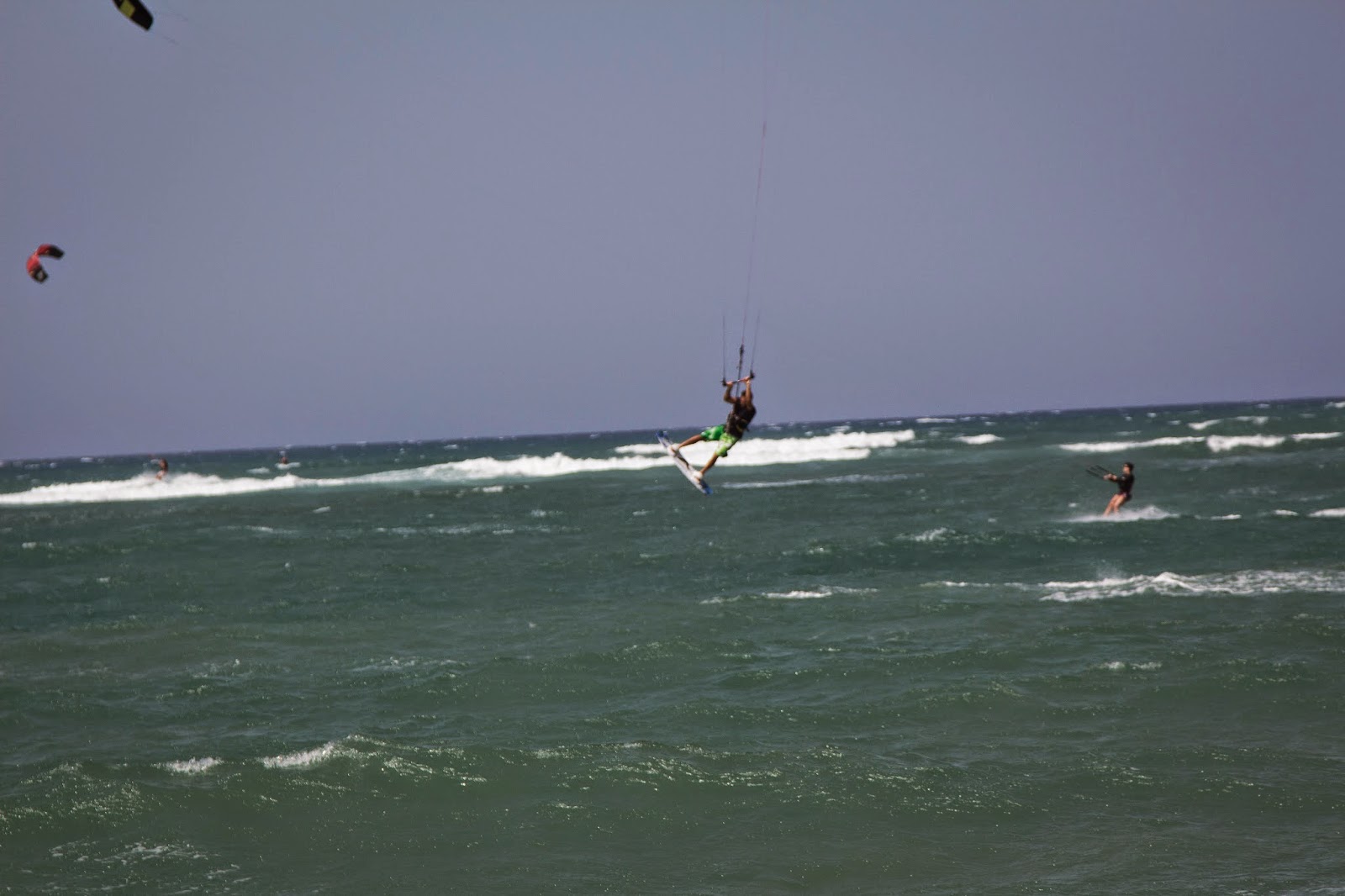