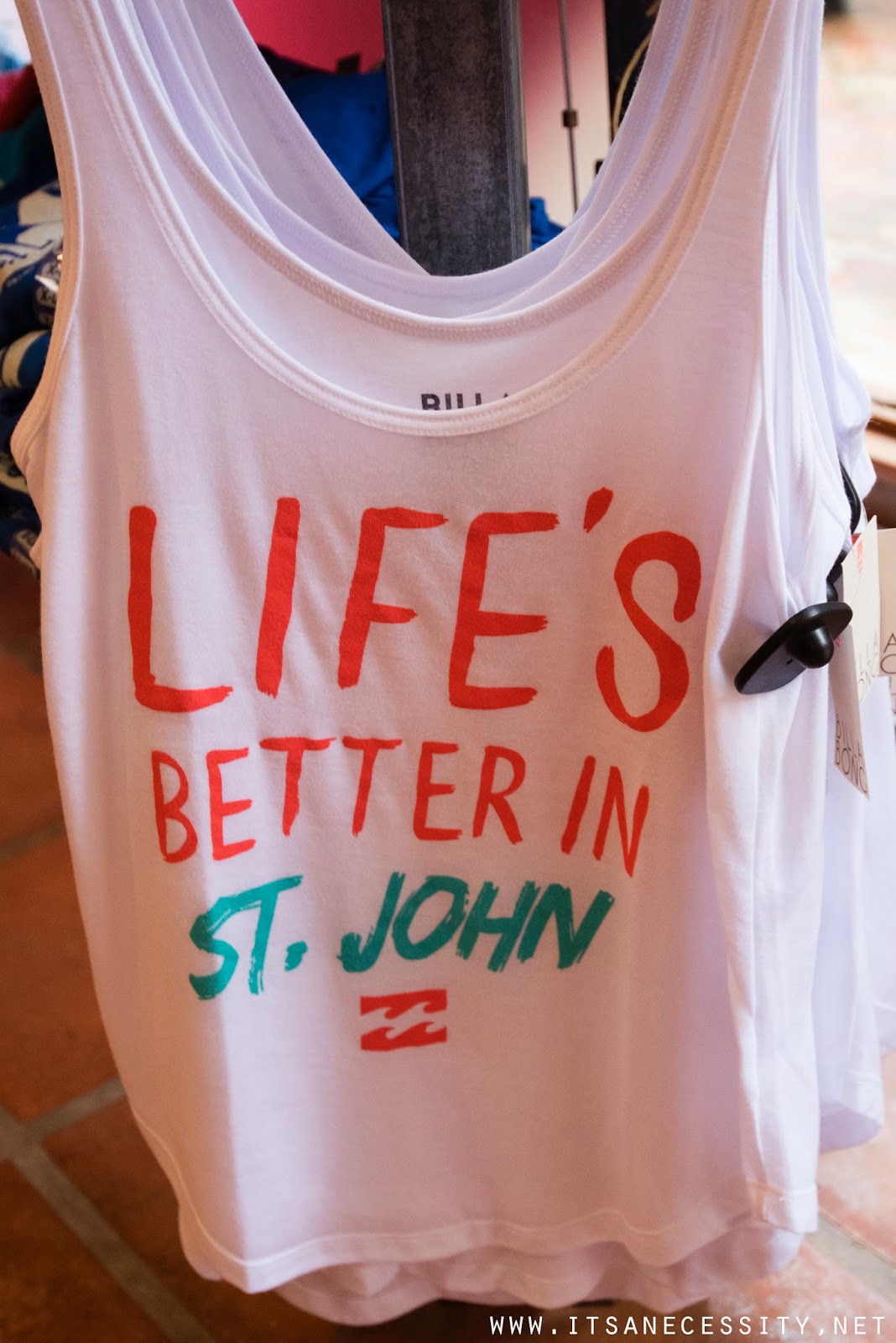 First a side note, there is no anchoring on the North coast of St John because it is part of the National Park. Instead you are required to pick up moorings that are taking care of by park volunteers. Some bays you go ashore to pay, but most have floating “paystations” where you drop off your $15/night payment with your boat name and description. At around dusk someone will dinghy around the bay to check who has and has not paid. If you have not paid your name goes on a list. I don’t know what is done with that list afterwards, but we watched them write some people’s boat names down.

The winds were forecasted at barely anything this week so we decided to take advantage of the lull and discover the North coast of St John. We first motored into Cruz bay but quickly decided that this would not be where we were going to be sleeping. The bay is a lot smaller than we expected and all the boats are crammed in there, too close for comfort. There was no way we were going to try and drop anchor here and have a horrible sleep fearing that we would bump into someone else’s boat. So instead we rounded the bend and picked up a mooring ball in Caneel Bay. This bay is close enough to dinghy over to Cruz bay if you have the desire to see the cute little shops without having to cram your home into that parking lot of a bay. So that is just what we did.
Cruz bay, in my opinion, is super cute. Our “regular” has become beaches, so to change it up every now and again I like to go walk amongst the rest of land-living society. This town clearly caters to tourists, but they do it well. They have the inter-island ferries that come in and out of here, the beach side Rum Shack and restaurants, and shopping for every taste, from high end jewellery to surf clothes. They even have a playwark and frozen yogurt shop to appease the little ones. Our girls were happy. I would gladly return to this place and spend a little more time, maybe for some shopping without the kids next time.
Cruz bay is set up in two pretty distinct shopping areas. There is the beach front side (with the rum shacks) which is called Whafside Village. All the buildings on this side are tall wood painted in your typical pastel paint pallette. And on the other side of town there is the Mongoose Junction, which is a conglomeration of shops in old stone buildings. The courtyards are overrun by beautiful, jungly plants, and the atmosphere is jolly (for lack of a better word). They both a worth a walk through. It is amazing how contrasting the architecture is of both these areas, but I found both equally appealing for their differing aesthetic qualities.
Caneel Bay is super convenient to get to Cruz bay, but if you are going to spend the night, watch out! It is not calm. You get a wicked rock from the ferries and every other power boat that goes by, and there is no coverage from them. I found myself stowing the boat, taking everything off the counters, before we were going to bed, because with every ferry all our stuff was sliding around making a horrible mess. Of course, part of this was our fault, since we came here during the lull in the weather it meant that we had absolutely no wind to point us into the waves, so our boat spent the evening doing 360’s and taking the waves at whatever angle we were floating. I had an awful sleep. By morning we were all annoyed and left this bay right after breakfast. It’s sad that we didn’t even take advantage of the cute palm tree lined beaches here, but we could not handle another minute of our boat getting rocked by the wake.
Half an hour later, we picked up a mooring in Francis Bay… 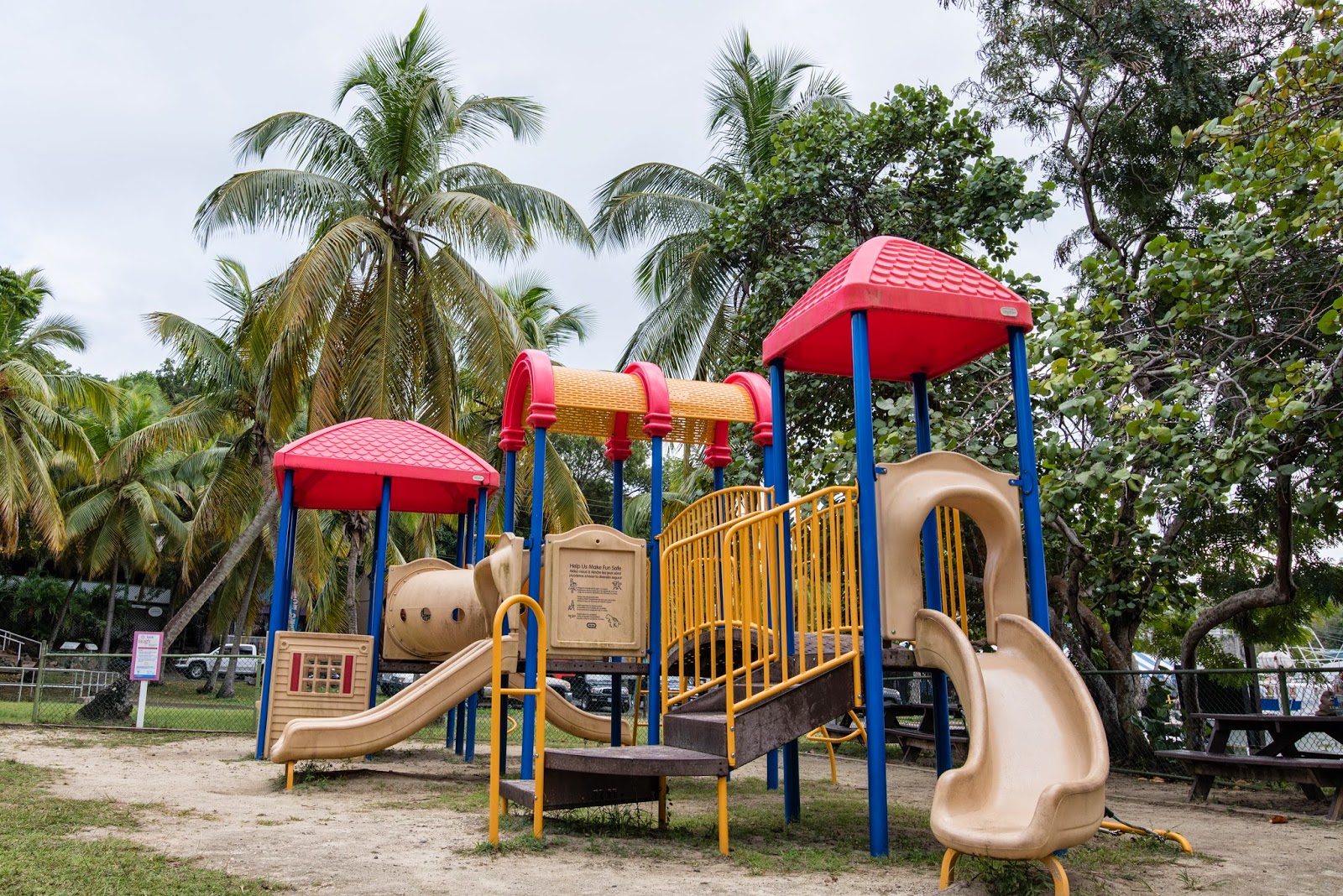 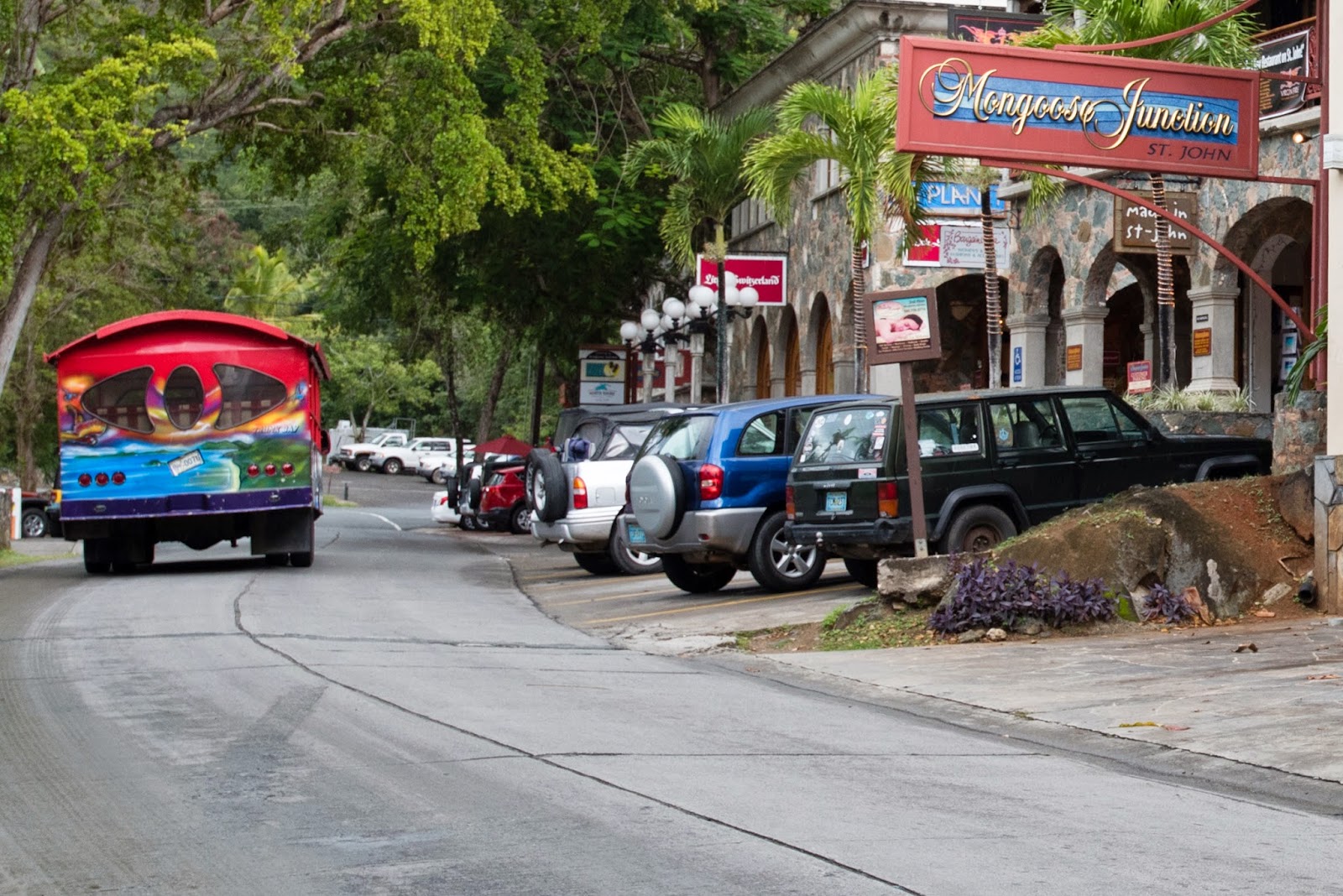 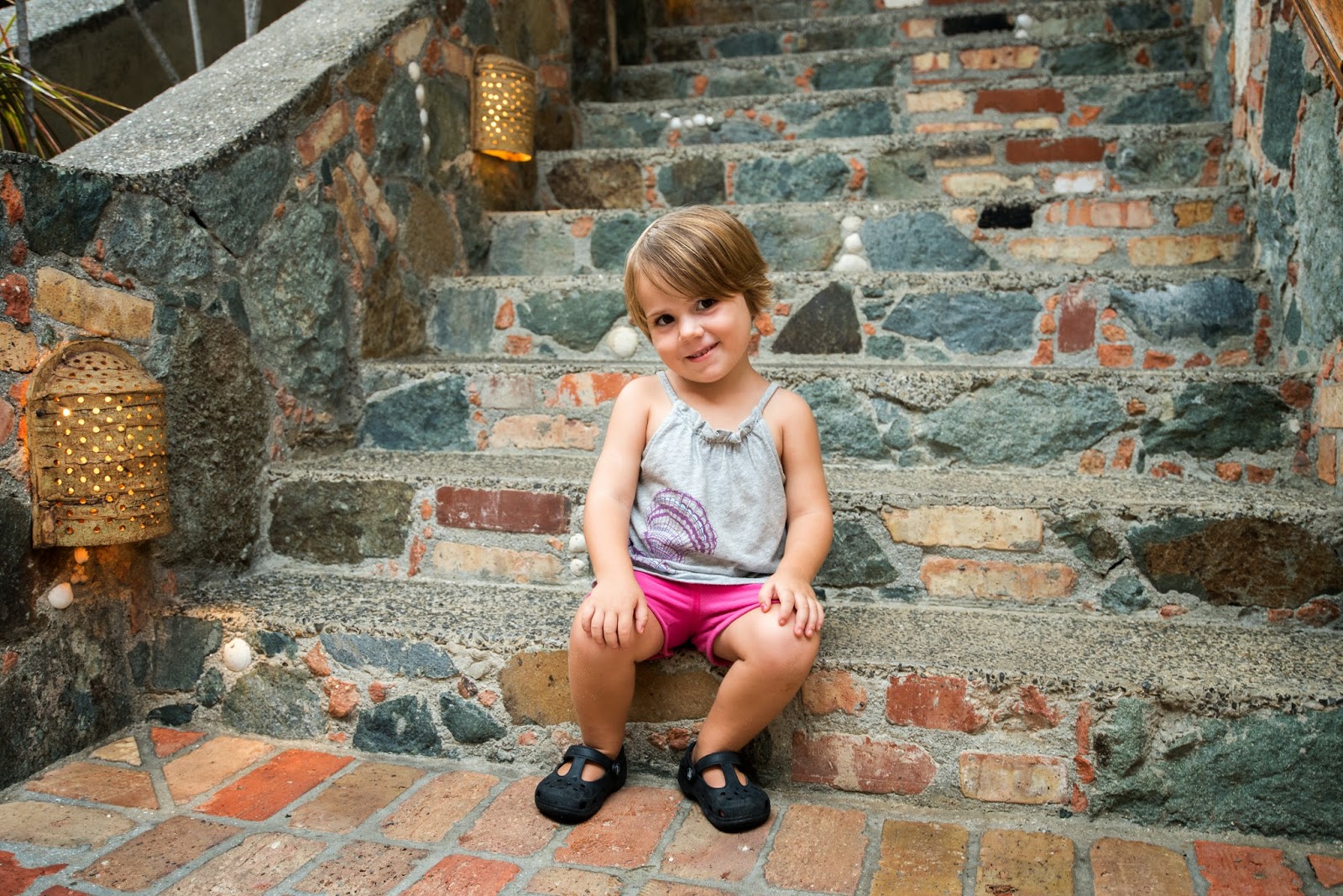 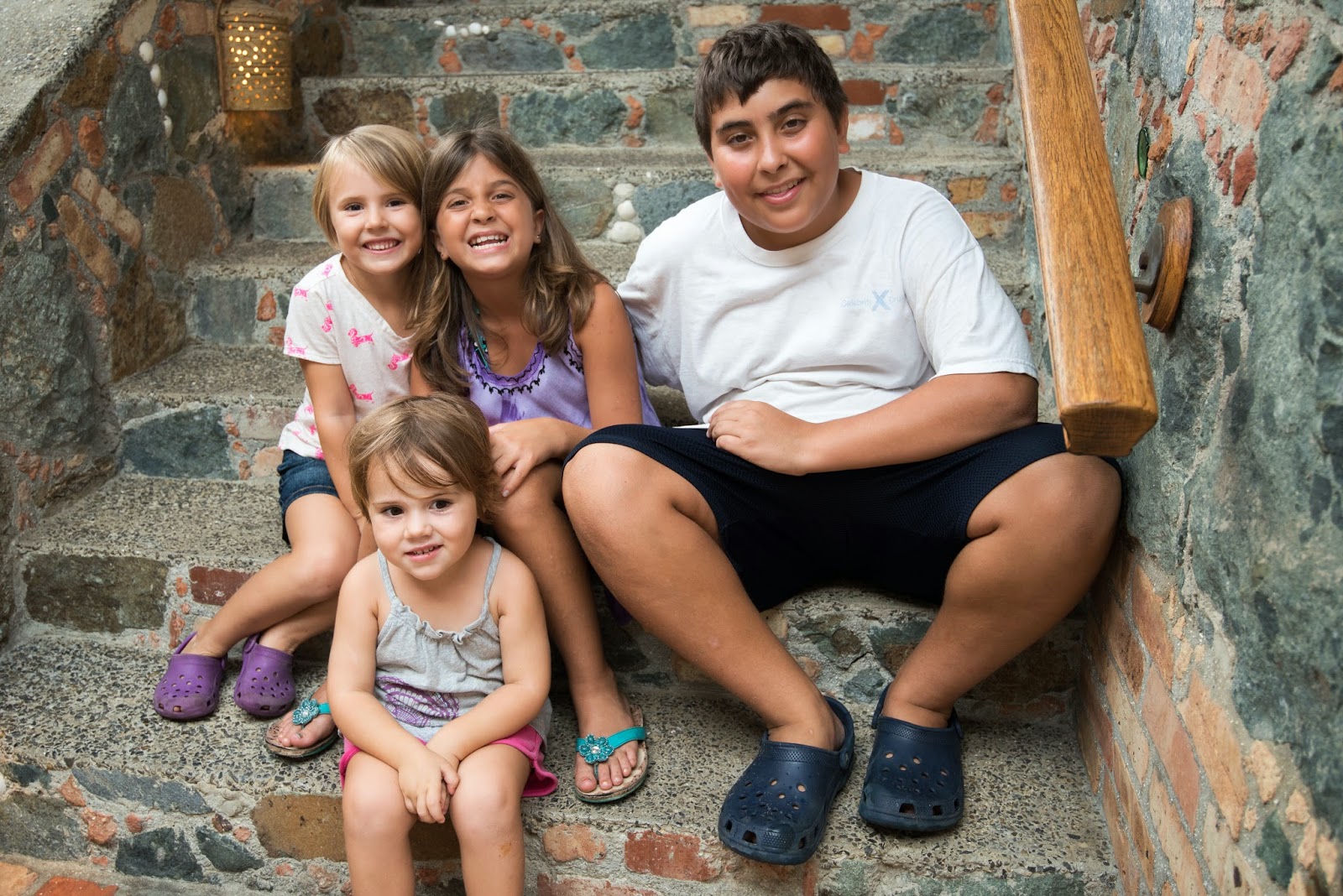 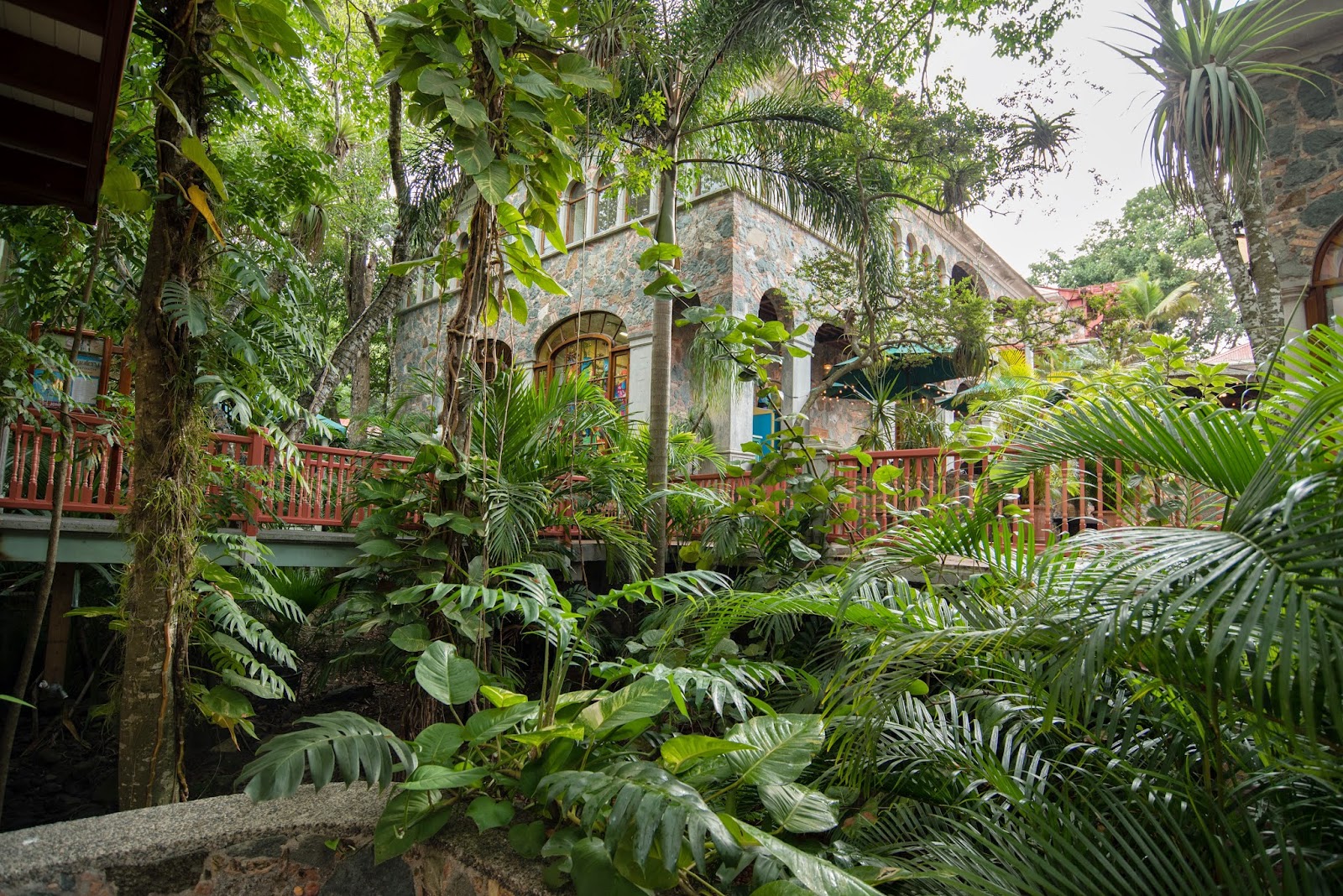 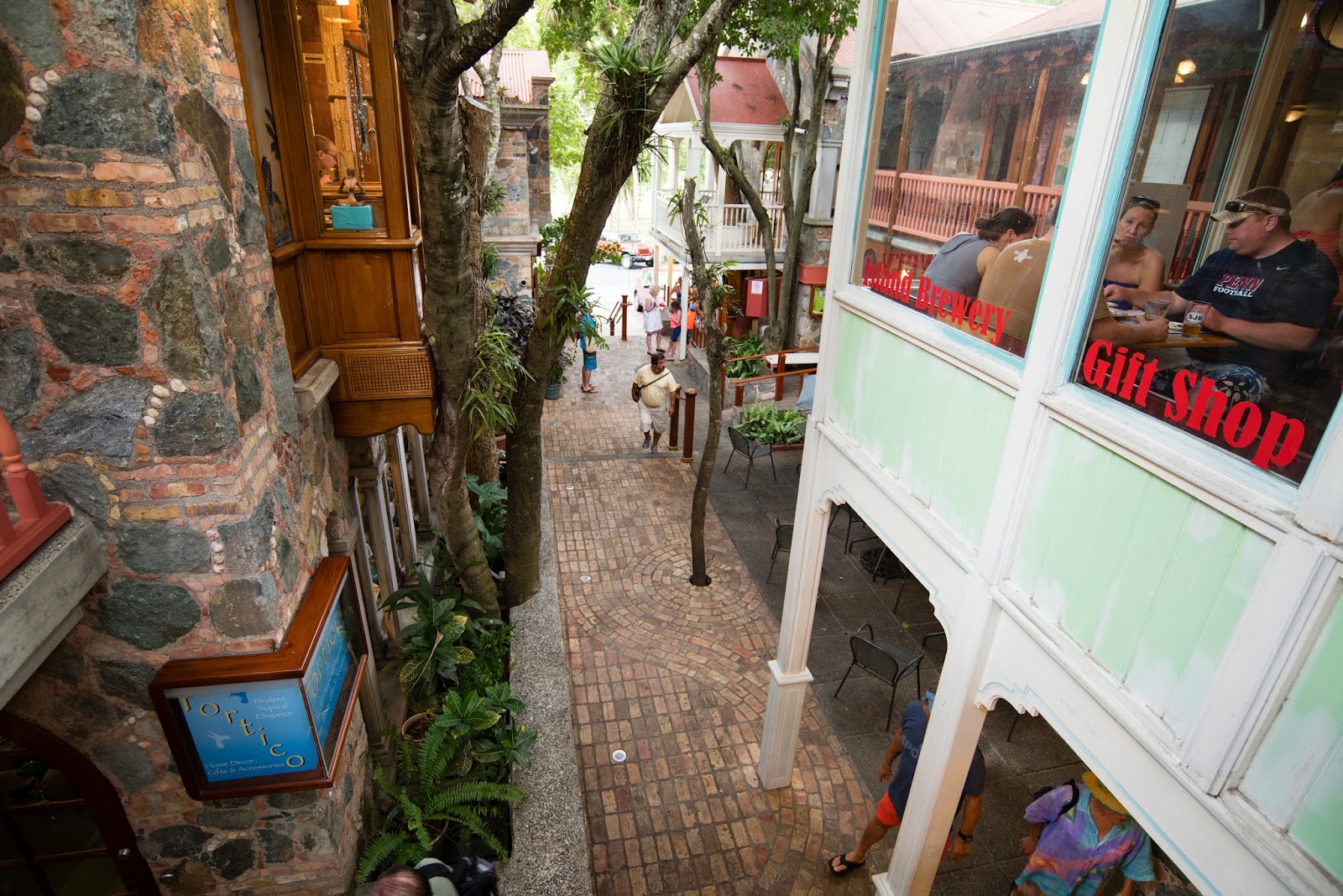 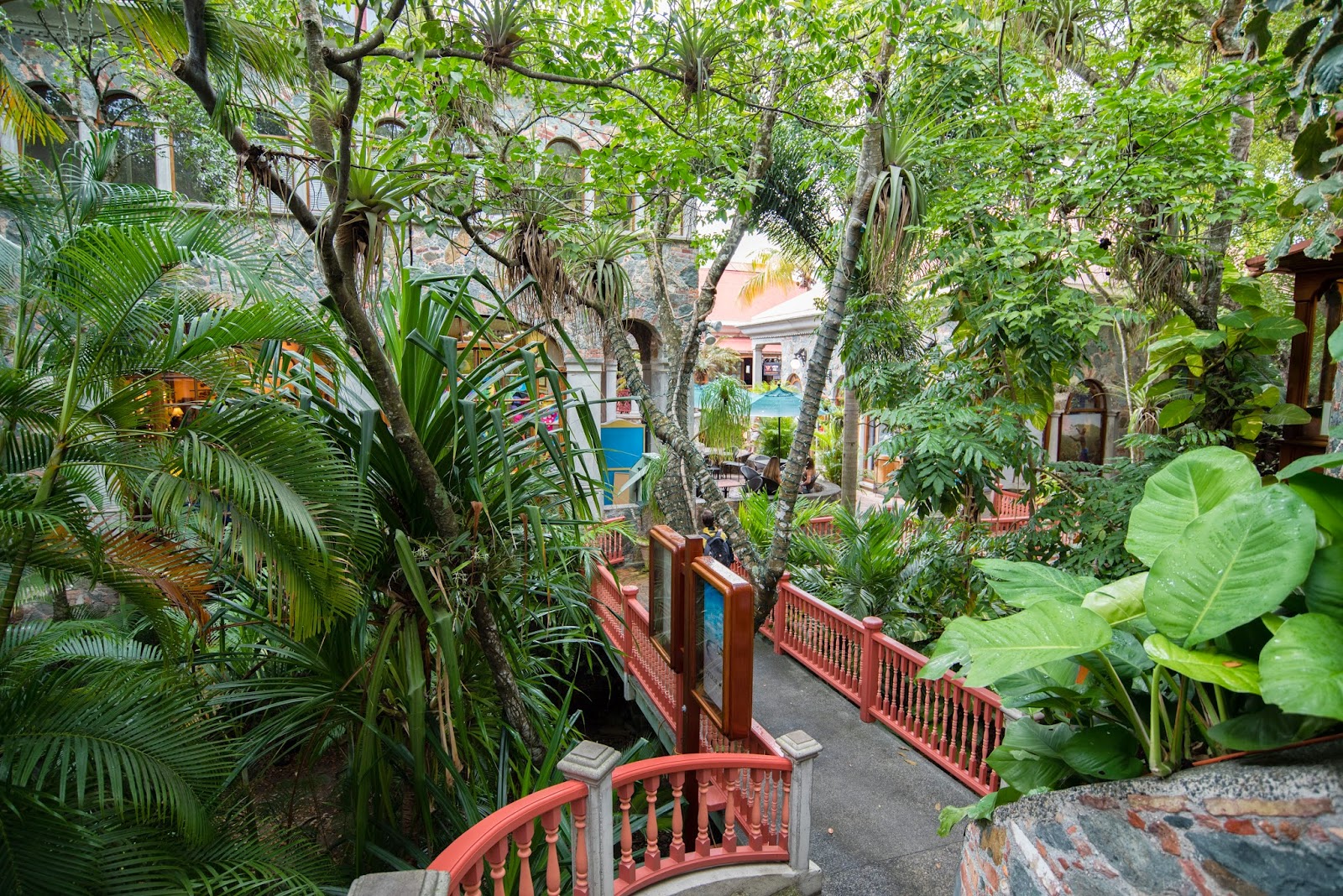 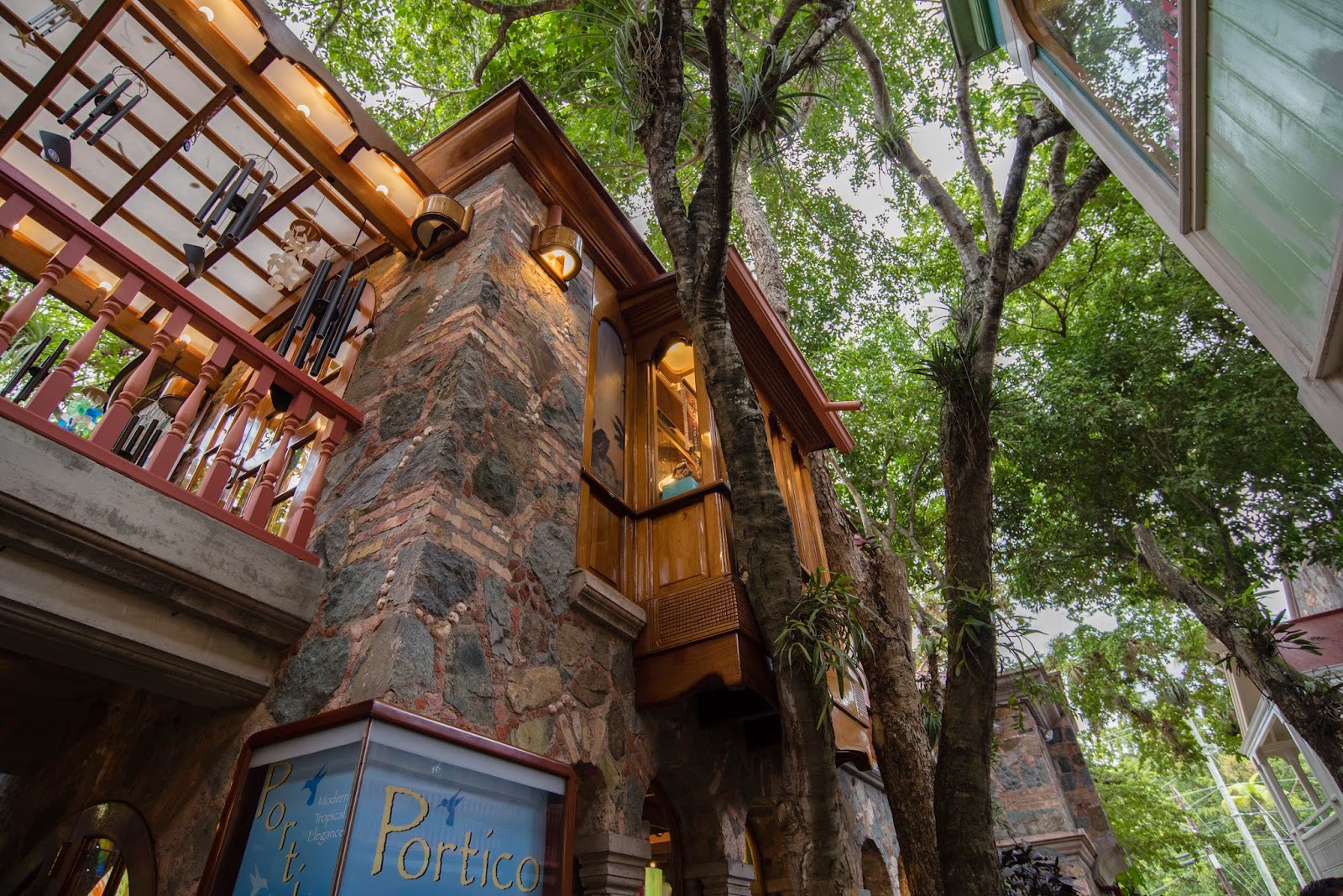 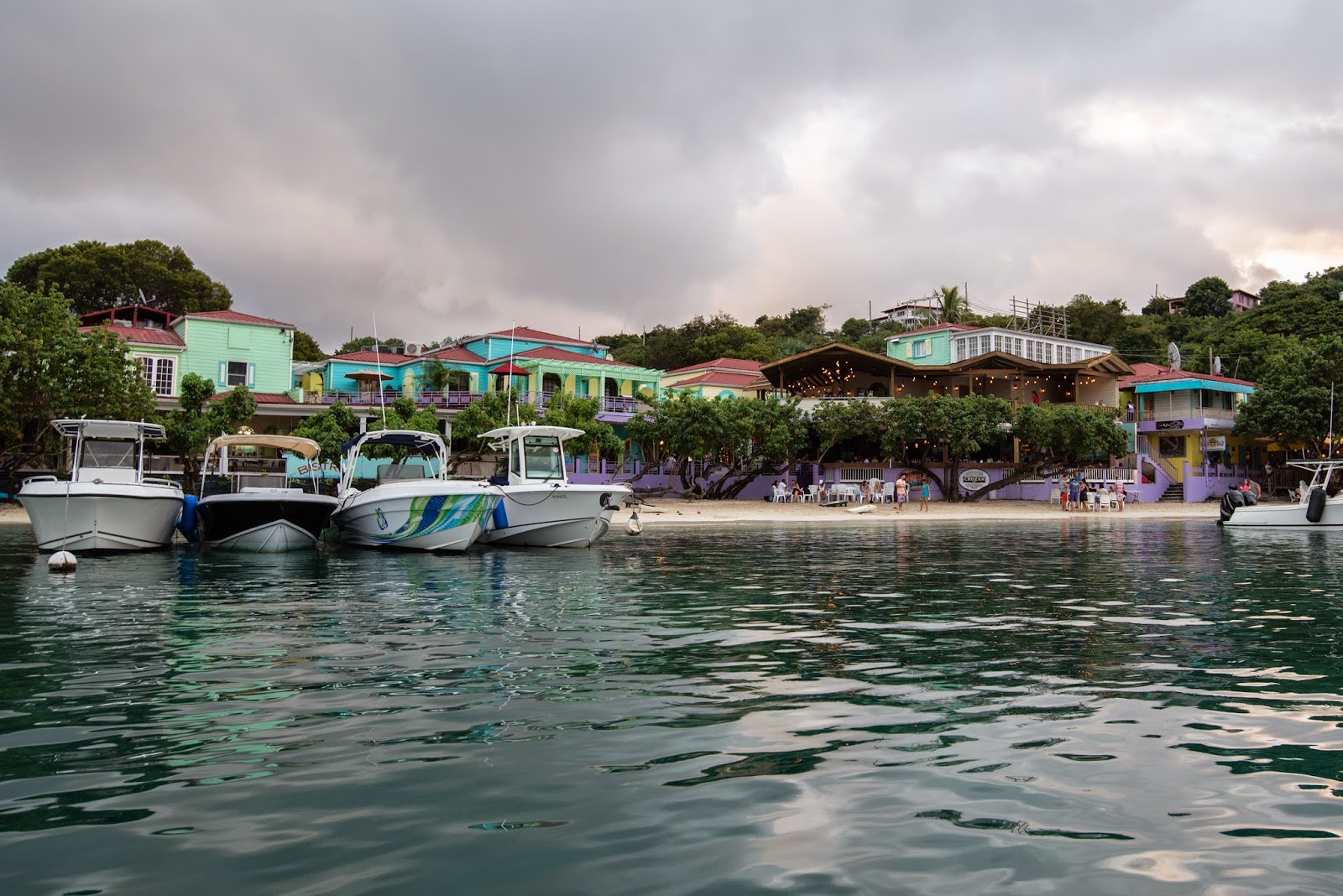