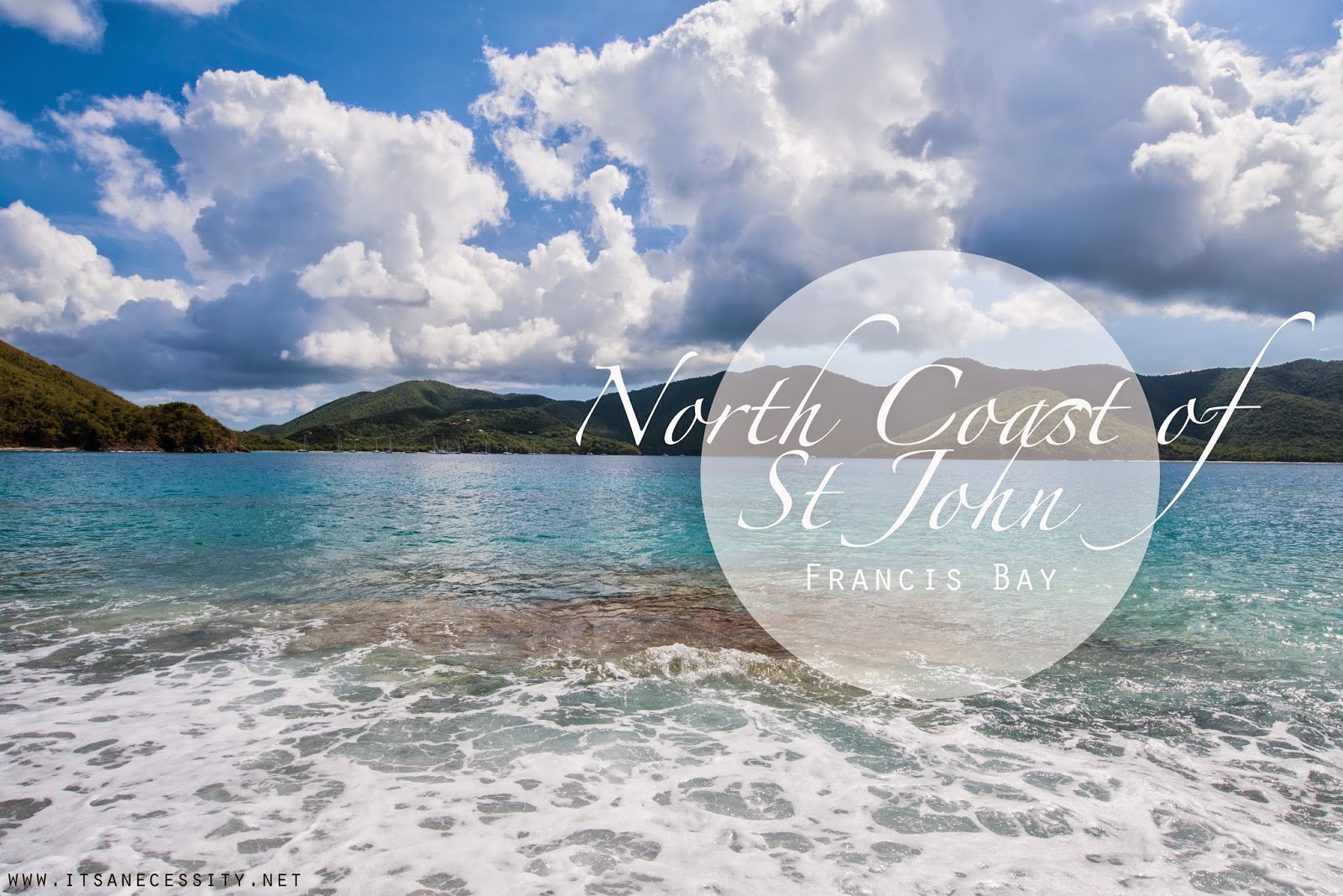 I had read that Trunk Bay is one of the prettiest beaches on St John, but apparently everyone else in the world had read the same thing. When we cruised by 9:30am with every intention of mooring here, the beached was already swarming with tourists. So that, combined with the ground swell and the horrible sleep we had had in Caneel bay, we opted to continue (an extra 10minutes further) to the more protected Francis Bay.

We got a mooring and then jumped into the dinghy to go and play on a rock beach that we is to the NE side of the bay. Because it is rock and not beautiful white sand, and because it is right next to the Funghi Channel, and because the waves crash in pretty strong, there was no one else there but us and our buddies from s/v Mirador. If ever you come here make sure to bring shoes, because even though the rocks are smooth it is still rather painful to walk on. And make sure you have a dinghy anchor, because there is no beaching your dinghy here, unless you want it full of salt water in five minutes from the waves crashing on to it. It may sound aweful, but we had a great time beach combing and finding washed up sea fans. There is also the ruins of a one-roomed house to go walk through. Creepy but cool.
In the afternoon we went to the white sandy beach in Francis bay. It was also quite busy with people, but we had enough space to find a little spot and have the kids play in the sand while the guys tried to fixed Mirador’s dinghy once again. That thing has been causing them nothing but issues. The girls went snorkling but were sad to report that, other than seaweed, there wasn’t much to see. We escaped the beach before sunset avoiding the no-see-em’s.
Our night here was slightly rolly, but once again it was due to the lack of wind to point us in the right direction. And thankfully, this roll was nothing like the ones we were getting in Caneel.
After breakfast the next morning we left our mooring moved on to our next destination. It was a long 20 minute motor before we were getting our new mooring in Waterlemon bay. 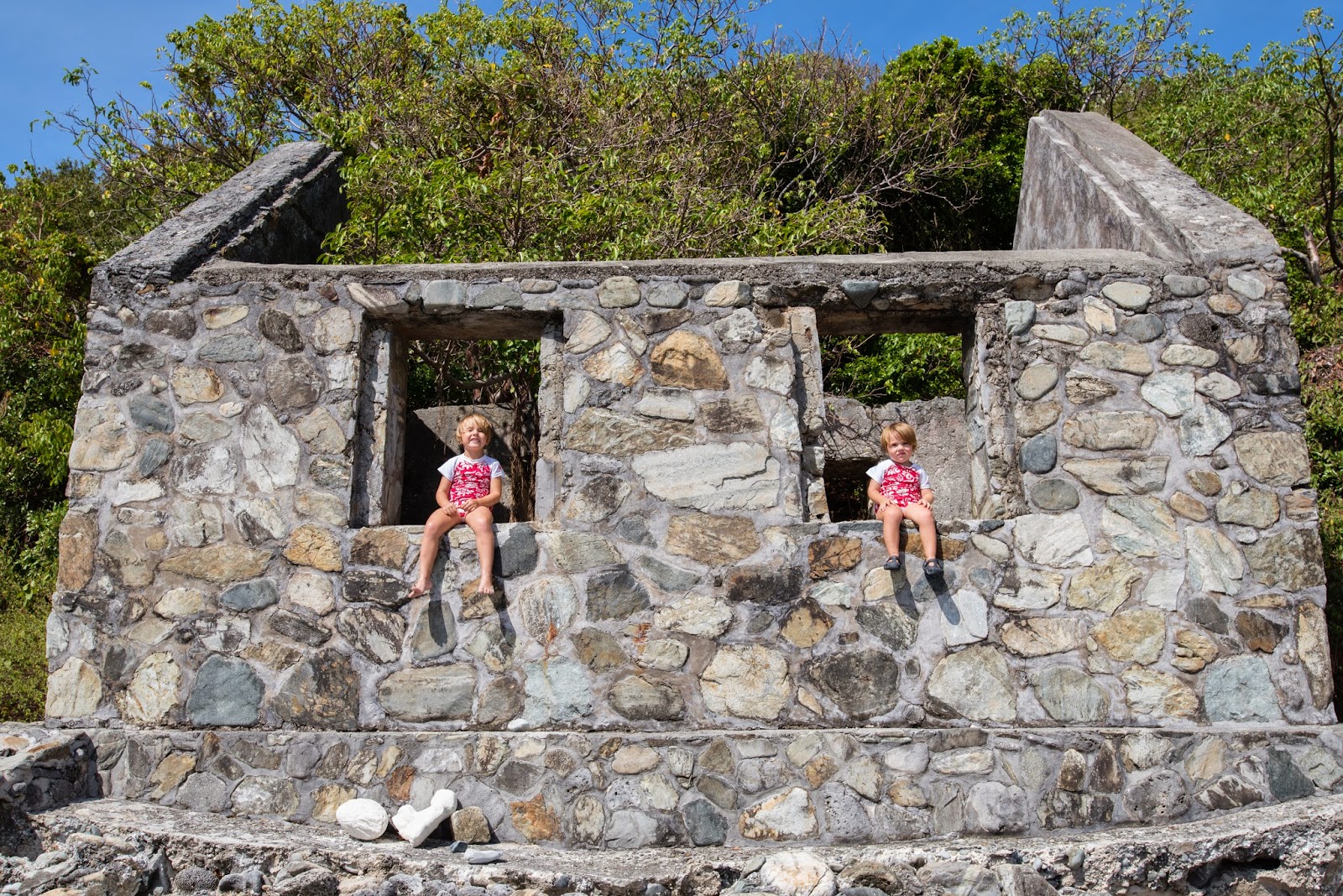 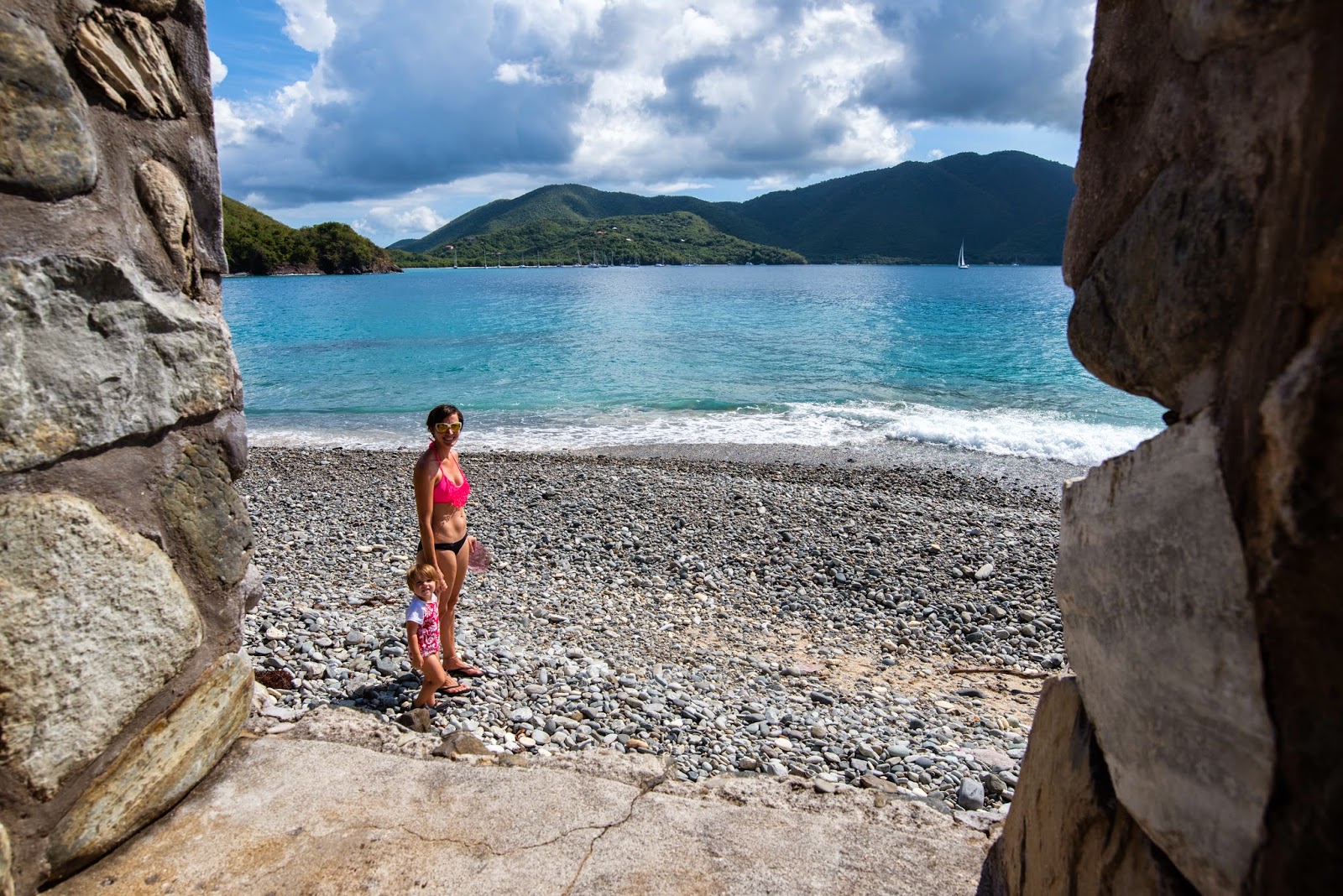 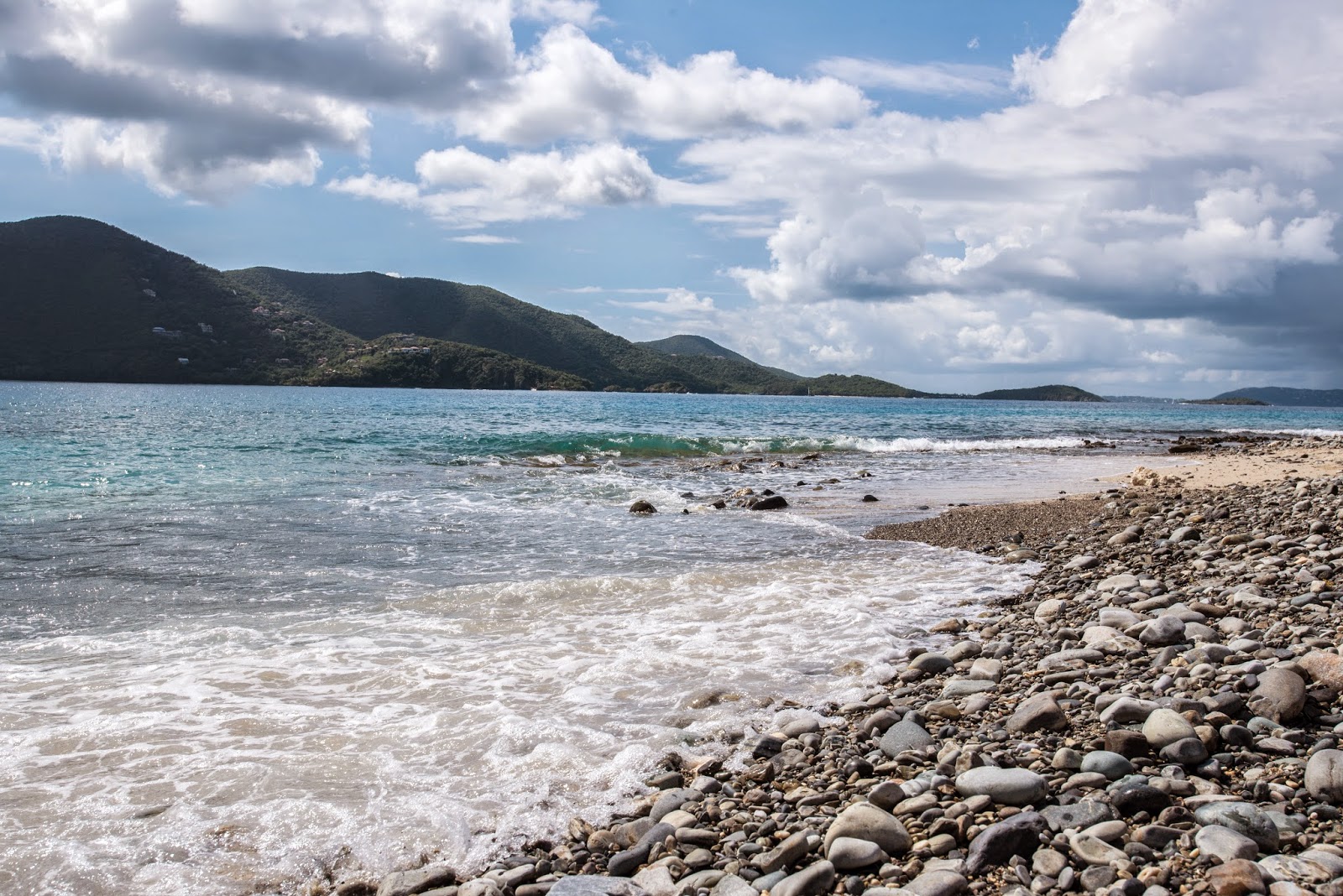 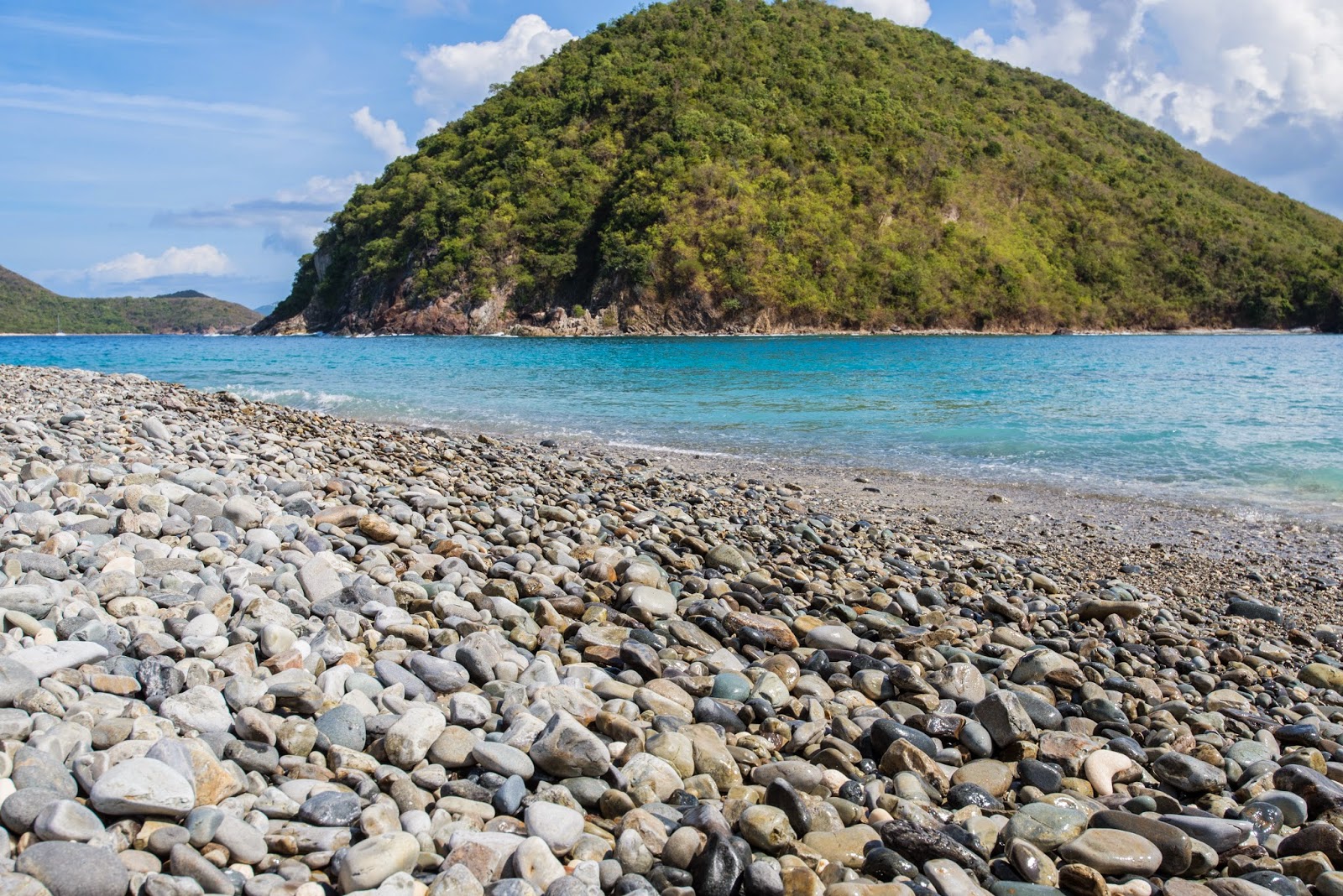