Why The Radio Silence On The Blog

Home/Why The Radio Silence On The Blog
Previous Next

Why The Radio Silence On The Blog 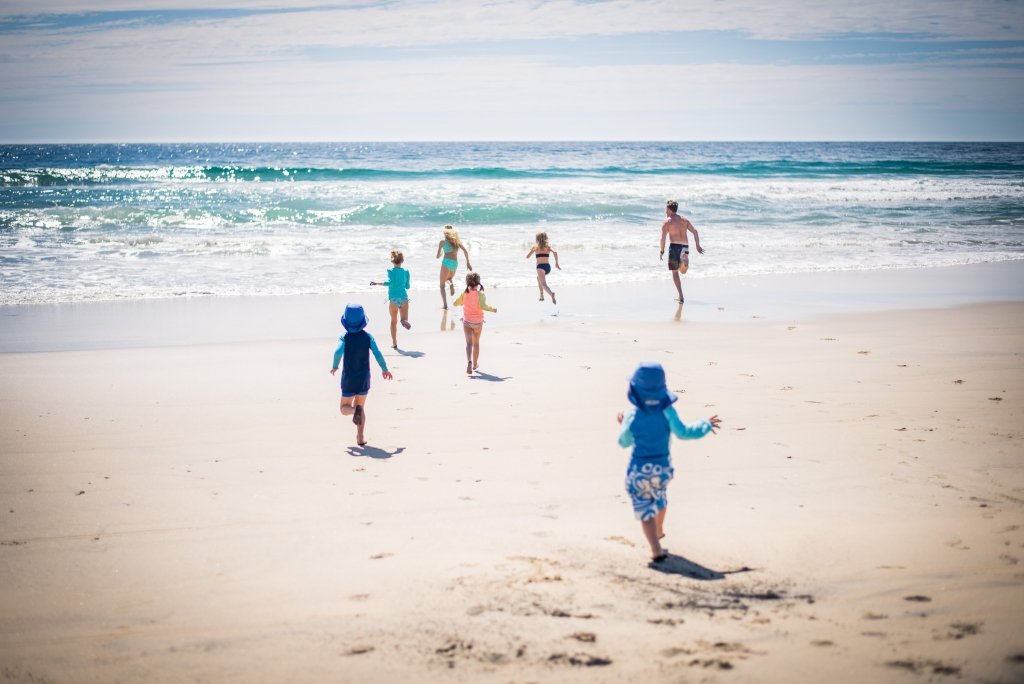 I have been living the past few weeks feeling like my tank has not been running on full. Or actually that it has been full, but spread out over so many projects that I have not been able to give any one project a fair amount of time. I have not been unhappy, just completely busy, on auto-mode for a lot of it. This blog is my past-time. I love writing on it and sharing our stories. I love taking pictures. But all that takes a lot of time. I have continued journaling our lives through pictures on Facebook and Instagram. But the blog, it has been pushed aside and left on radio silence for about three weeks now.

That’s a big drop from my previous once-a-week post goal. And oddly, for something that started as a pastime, I feel a lot of guilt for not posting more as of late.

What’s Been Going On

There are three main reasons why I have dropped off the face of the blog world: 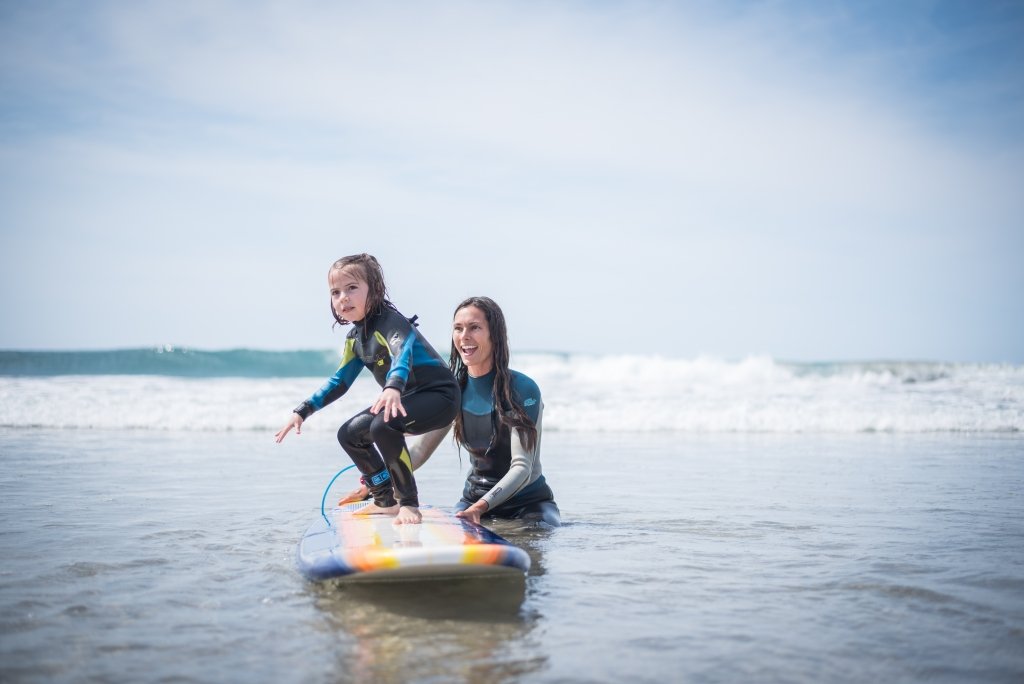 (Easter week) is a big thing here in Mexico. Since our girls are in the public school system, they both had 2 weeks off of school. Having them at home wasn’t a big deal, I did homeschool them up to this point, I’ve had a lot of alone time with them! But it’s keeping them busy that was BUSY! We were doing beach days here. Hanging out with friends there. Playdates for young and old. Crafts. Easter. etc.

It was all super fun. To the point where we didn’t want to say no to any of the invitation we had, and several were rolling in. Our days and evenings were busy. So time to sit down and write was nil. 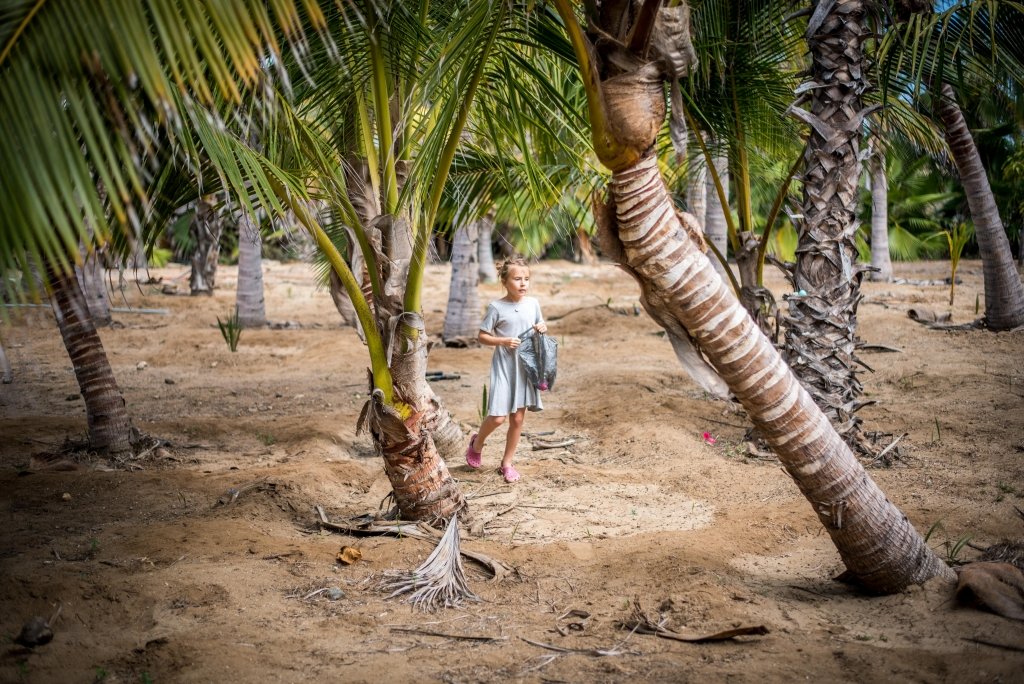 My baby turned 6! We don’t usually go big on presents, but we do go big on FUN! Ellia had recently watched The Greatest Showman and requested that her birthday be circus themed and that we all dress up.

We wanted to make her dream come true. After two solid days of crafting I think we did it! We were smart and took the cooking and dishes off of our party day to-do list, and decided to have the party at a local pizza restaurant. Phew! But still we wanted the place to feel like a circus. We made several carnival games for the kids. And we made the best costumes for ourselves, out of construction paper, markers, and makeup!

It was a complete success and Ellia had the biggest smile on her face all afternoon. 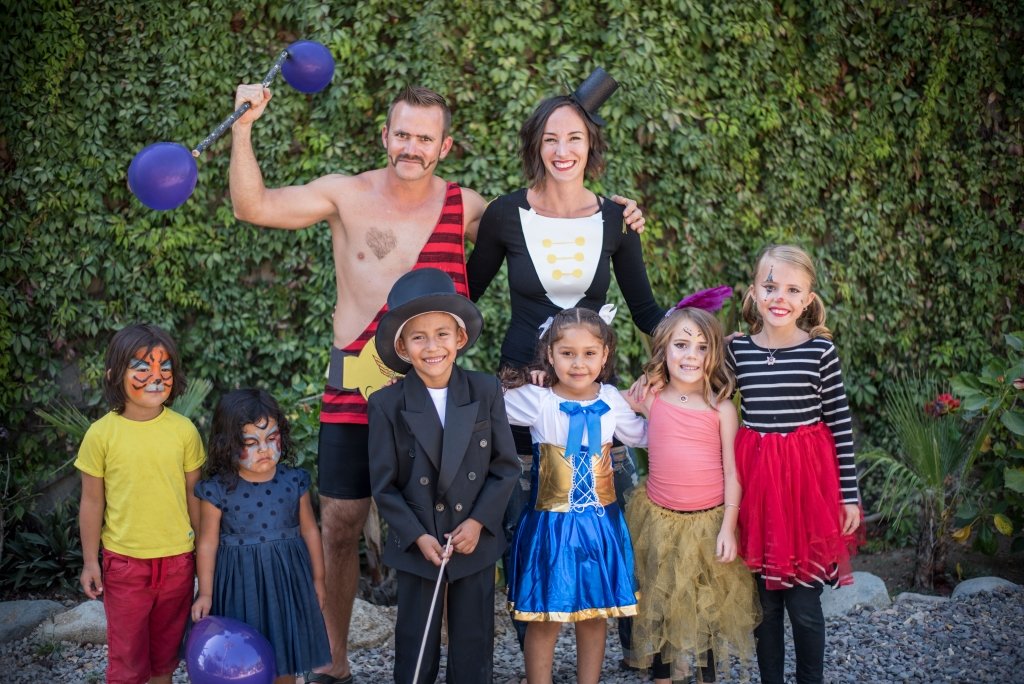 But the one biggest energy-suck was the decision we made to have Eben leave for work. It was a very last-minute decision, and so once we made it, we had a lot of coordinating to do.

We are in Todos Santos, B.C.S. Mexico to start a boutique hotel business with friends. That is why we moved here. But as goes with starting any business, there is paperwork to do. And before building there is more paperwork. Things have been advancing, slowly.

Eben is in the process of getting his temporary residency status in Mexico. Now that they have granted him the paperwork, he was given 30 business days to leave the country. So no matter what, he was going to be flying out. It could have been just for a few days, just the time to get his paperwork done. But then some work options came up.

When Eben threw it out there that he would be flying out of here to do his paperwork, he got some offers from friends to go back to the USVI and do some sewing work for them. The timing fit. He could go now and make us some extra money, while our business partners are here to supervise the moving forward of the hotel build. And when he returns they will head out to their northern Baja home for the summer. It fit. 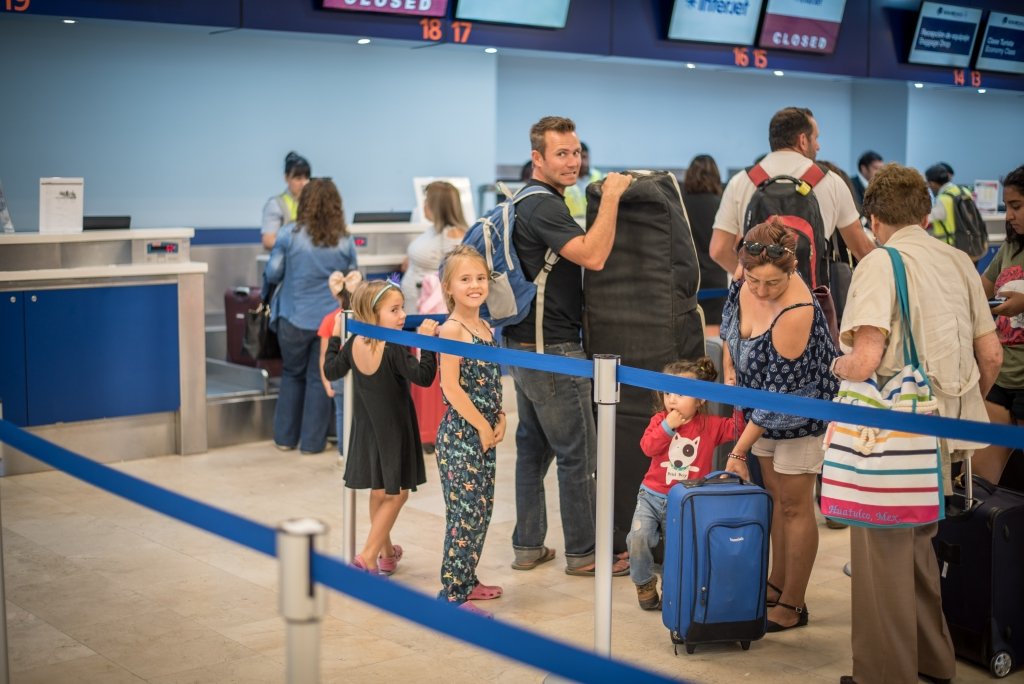 We had to book his tickets. Coordinate his Mexican consulate visit (he has to leave Mexico to get his temporary residency processed by a consulate outside of the country. So he is going to the consulate in Miami. Once that is done he is on to the USVI.) And then we had to make the VERY hard decision of what the girls and I would do.

We hate being apart. And I miss my friends in the islands. And I miss the islands and the Caribbean waters. But we had to make this decision with our heads, not with my envious heart.

There were a few things we had to keep in mind. If we were all to go it would be 3 more plane tickets added to the cost. We no longer have a home there so we would be crashing at friends’ places. We would be pulling the girls out of school. But being apart from Eben is still hard. So making the decision of yea or nay took a few days and lots of back forth. 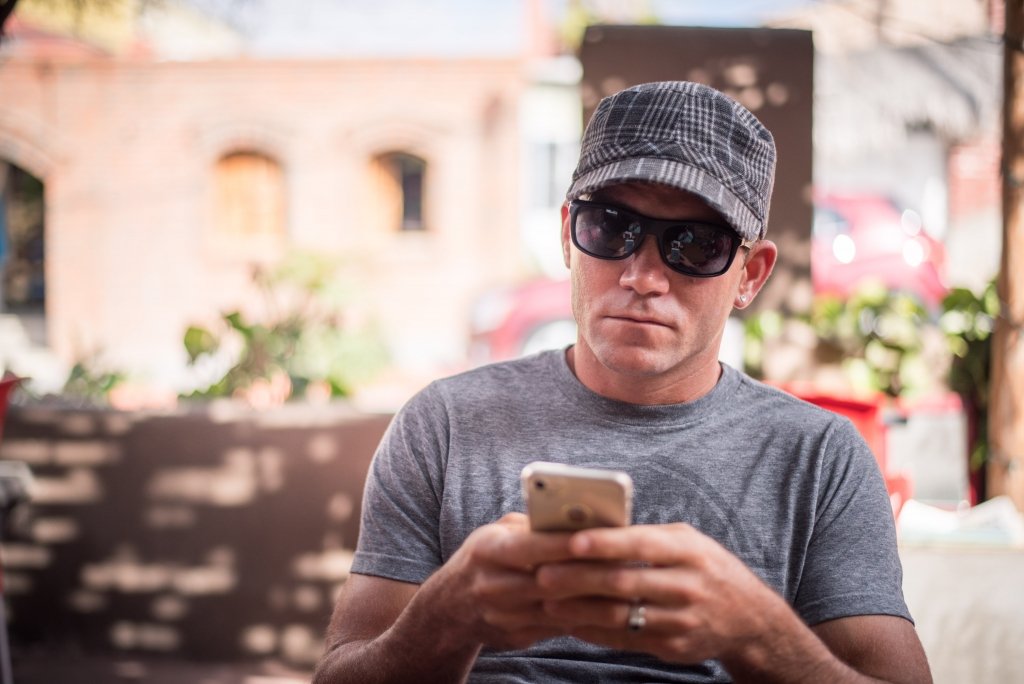 We Have Left It Open

Today we drove to Cabo and dropped Eben off at the airport. We all cried. But we are strong. We have left our options open.

Eben flew out on a one-way ticket. We will wait until he gets there and assesses how much work there is for him. If it looks like there will be a large enough amount that he would be there over a month, then we may very likely go and visit for a couple of weeks.

If there are only a few jobs for him that he could finish up in a short time (which also means less pay) then we will not buy the extra 3 plane tickets and we will wait for him here in our home in Todos Santos.

In either case we should see him in about a month. Which means a month of solo-moming for a month. We have done it before, and we can do it again.

I may not come up with much blog-time over this next month as my main focus when it’s just us girls is to keep them busy so they don’t get bored and remember how much they miss Eben.

But it could be the opposite too. Maybe the radio silence will end. Because after the girls go to bed I have to keep myself busy and not think about how much I miss Eben! You may be hearing a lot from me!!! 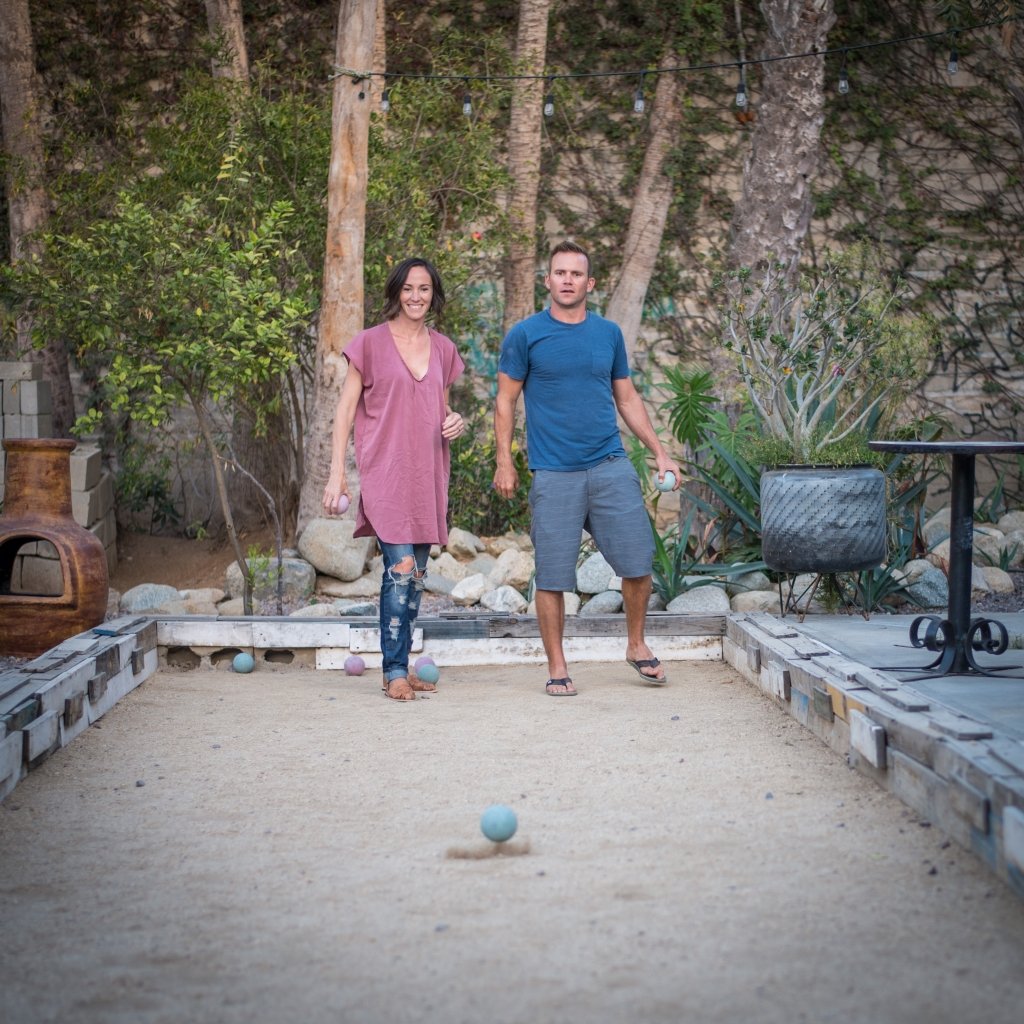