How Do We Afford This?

Home/How Do We Afford This?
Previous Next

How Do We Afford This? 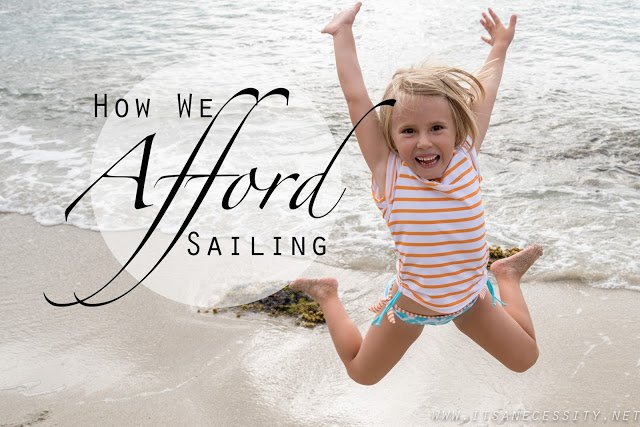 Can you guess what the #1 question that we get asked is? It usually sounds something like this, “This is none of my business, and you don’t have to answer, but how can you afford to live on a boat?” Or some variation of that.

Some of the funnier versions of that same question that we have heard include, “Are you a trust fund baby?”,  and “Is that your dad’s boat?”

Let me lay it all out here. No we are not trust fund babies. Yes we fully, outright, own this boat. No we did not win the lottery. Yes we worked very hard to get to where we are. No we cannot afford to keep sailing and not working forever. Yes I see one of us having to work within the next year.

Here is the back story.

Eben worked extremely hard to 6 years doing a “sales/commission” job in the states that he did not enjoy. He did door-to-door and managed an office for 5 of those years. That job was very hard on him. The stress, the time away from the family, and THE STRESS! He wasn’t enjoying life while we was working that job. I thought he would have an early heart-attack due to it (seriously). But the money was good. Real good.

He saved up a bunch of that money. He also bought a car, and a house, and we lived debt free, outside of our mortgage. When you are making that kind of money it is really hard to walk away from it. But the toll that it was taking on him was too much.

He was having panic attacks in the middle of the night and had anxiety levels that were through the roof. It was time to do something a little more enjoyable.

When we decided to sail we sold the car, put all of our belongings in storage and took off, on our savings. When we bought Necesse we got her for cheap. But cheap for a reason. She had been holed in a hurricane, beached, and needed A LOT of love.

That was the only way we could afford a 41ft boat, is if it was in ruins. So we bought her, knowing that it would mean at least a year of work needed to be invested in her.

But this we could afford. We don’t live outside our means.

The next income we had was a year later when we flew home to give birth to Ellia. We stayed in Canada for five months, and in that time Eben did another stint with that job he hated that made us good cash. Like I said, hard to walk away from. Then we were off again.

Although we are good at watching our money, we are not that frugal. We know it as one of our faults. Especially when it comes to food and drink. We do our best to cook on the boat, to save some money, and often we succeed. But then we will have times when the fun to be had hanging out at the beach bar with friends totally outweighs the worry of losing another $50 dollars in drinks. For us what is the point of doing this adventure if we can’t be enjoying it too.

When we reached the Dominican Republic money was getting tight again. This is at the same time that we realized that our house in Canada, which we still owned and rented, was not really making us any money and was causing us a big amount of stress trying to manage it from abroad.

We decided to sell.

We figured with that money we could continue cruising for a while and keep a lump sum in savings for our next “home” property. That didn’t really happen. We sold it and sailed it all away!

We are now in the Virgin Islands and we are starting to notice the lows in our account again. It is nothing to really stress about, we are not hitting $0, but we are at a point where we are thinking that one of us will have to work again in the near future to give the savings a good boost again.

Here is where our minds have been going to MAKE SOME MONEY:

-Eben has always been able to make $ helping other cruisers with boat work (repairing sails, sewing cushions, fixing stuff) so that is an option. He is really good at it, but again, it is not a passion of his. It is something he would do for some extra cash. This will not “make” us money, but it will help sustain the lifestyle. It’s an option.

-Eben has considered getting his captain’s licence during our hurricane season in Grenada. That way he could pick up a charter job in the VIs next season. There are a ton of opportunities for that type of work here. So if anyone is looking for work while sailing, the USVIs has it in the charter world. And he would like to have some sort of “diploma” under his belt, so it would kill two birds…

-I have started trying to monetize the blog. But honestly I am totally learning about this stuff and have no hope that will bring us anything more than maybe $5 a month! Little things like becoming affiliates to products we like, adding Amazon search tools on the blog, writing some paid articles, and that trusted Paypal button, but that is just nonexistent small change for now…maybe it will bring us something in a few years when this blog blows up and gets famous! (but that’s like banking on the lottery!)

*And to the mystery guy that has been donating $20 every now and then to our PayPal fund, I wish I could thank you better but you have left us no contact info for you. So if you read this…THANK YOU, it does not go unnoticed.

-But most importantly we are just keeping our minds open to any option that may present itself. No matter how crazy it may seem at first, if we are open to work, something interesting may present itself. (Minus selling my body for cash that is, that’s not so interesting.) This is why every now and again you will catch us dreaming about moving to Italy and working there, or Tanzania, or Grenada.

We may seem to be totally unorganized and “everywhere“. But because we are willing to consider it all, weigh out the pros and cons, and go from there, we have hope that something really cool may present itself someday. We also know that no job is “below” us. If we need money we will work for it. We will not go broke because of an ego thing.

That is how we have been doing it. Mostly on our savings, being willing to sell it all and put it all into a lifestyle that we deem interesting enough to pursue. And by not turning down an adventure merely because of the expense (because often those adventures have turned into really fruitful endeavours for us).

Forget the lottery. Forget the inheritance. This early retirement for us will not last forever and so we are enjoying it to the max and trying not to worry too much about when the next paycheck will come. Or from where it will come.

ps. this is also one of the reasons we tend to gravitate towards warmer climate countries. Often the cost of living is much less. 🙂 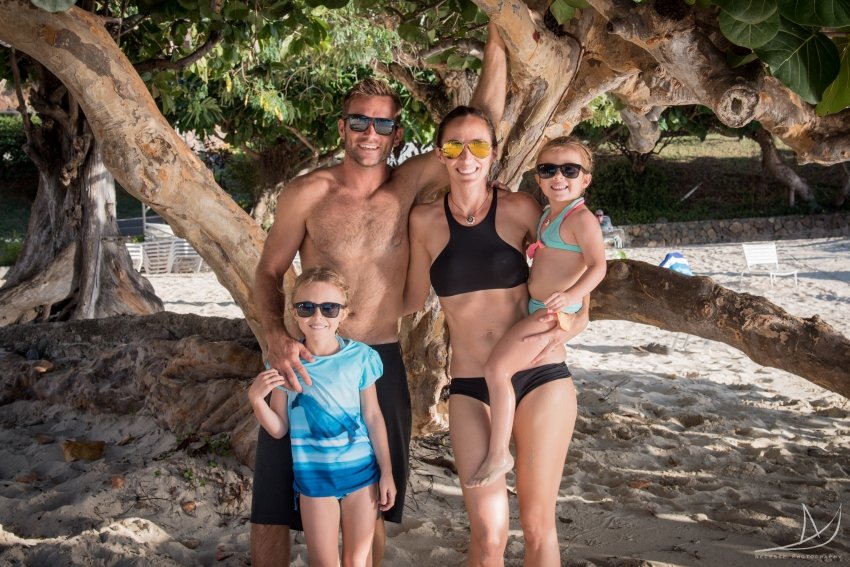